We first crossed paths in 1997, when I was drafted to be the next center for the Golden State Warriors — the same team that had drafted you 34 years earlier.

I always appreciated your advice during my playing days … but it actually wasn’t until after I hung up my sneakers that I really got to know you.

When I was working on my master’s degree in sports psychology, you were gracious enough to let me interview you for my thesis on professional athletes making the transition to retirement after their playing days were over. The stories you told made me feel hopeful about my life after basketball, and it was then that I truly realized how much of an example you were for professional athletes once they stop playing.

You started a local business, Big Nate’s BBQ, in San Francisco, and put money back into the community for 20 years before you closed in 2011. The Warriors brought you back as a community ambassador and introduced you to what we now call Dub Nation. Altogether, you spent more than 40 years with this franchise. And Warriors fans — past and present — have never forgotten your contributions.

Whenever I saw you, you were always ready to work. And there was never a time when I saw you looking unprofessional — you dressed to the nines all the time.

For years you were an analyst for ABC’s affiliate in the Bay Area. When I joined you in 2015 to break down film — and got to banter with you and anchor Larry Beil — you welcomed me with open arms.

Watching basketball with you made me feel like I was a student of the game again. I played 13 years in the NBA, and I thought I knew a lot about the sport. But I learned a lot from you. And seeing games through your eyes also made me appreciate your boundless optimism about life. 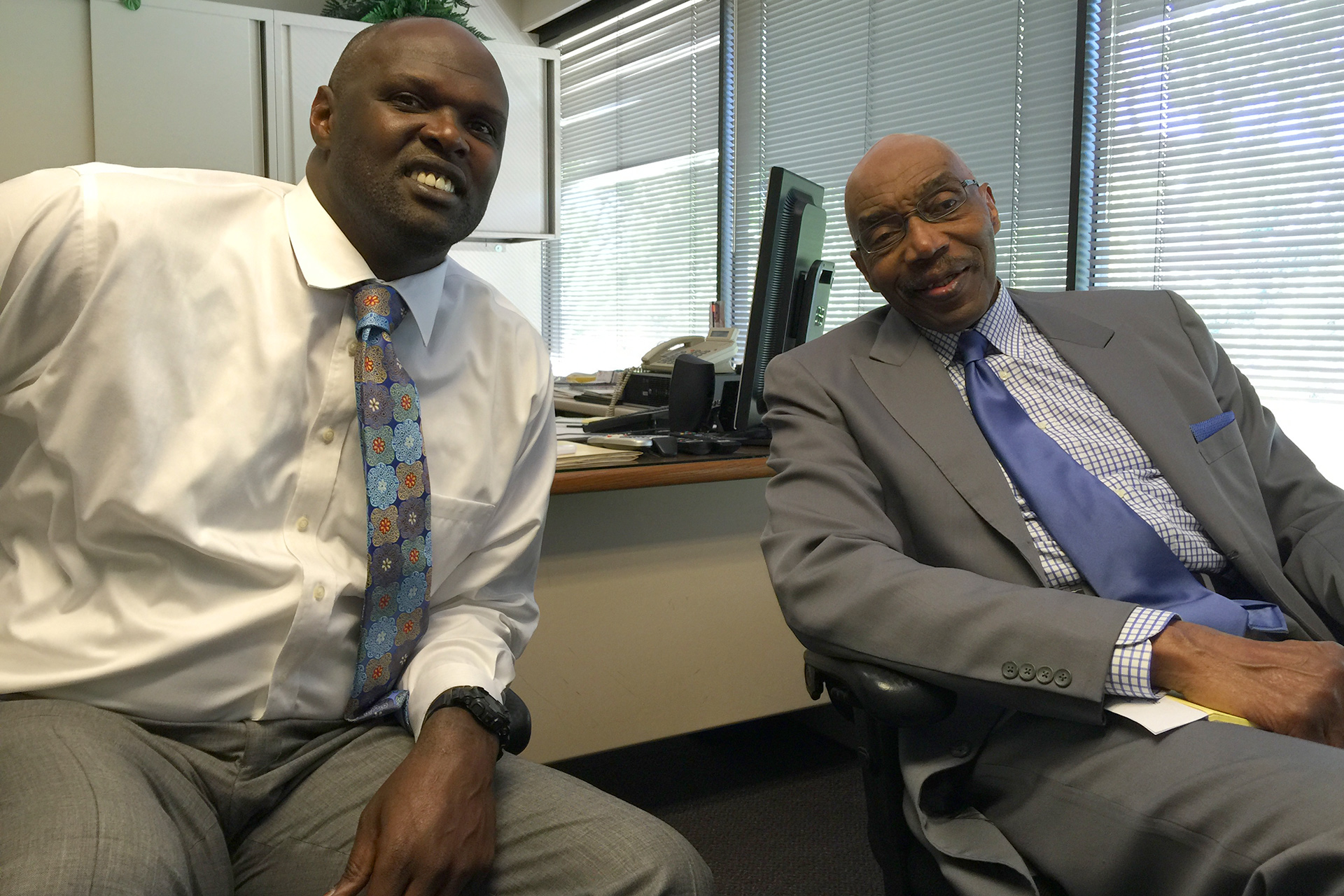 When the Warriors were trailing midway through the third quarter against Oklahoma City during the regular season, I thought it was over. “What are you worried about?” you said to me. “They’re going to win.” Sure enough, Golden State forced overtime and Steph hit a long three-pointer to win it.

Last year, when Golden State was down 2–1 in the second round against Memphis, you were still optimistic when others thought the wheels had fallen off. In fact, you doubled down.

A month later, the Warriors were champs … and we were part of that parade (no turkey leg, though).

I am so grateful to have gotten to know you. I missed you sorely when I was doing playoff postgame shows this year. I like to say that my work as an analyst improved thanks to you. And knowing now that you’re not here anymore, it hurts me to know that I won’t be seeing you next season.

When professional athletes retire, their thoughts often turn to the same question: Where do I find my place in society? You, Nate Thurmond, provided all of us with an answer to that question.

You were an entrepreneur, a TV analyst, a community-service leader … and all after you enjoyed a Hall of Fame basketball career.

You were one of the very best players in the NBA. But more importantly, you were a true renaissance man. You paved the way for players who wanted to thrive in their post-playing careers. I know I’ll never forget that.

Thank you for the impact you made on the hearts of Warriors fans young and old. And thank you for being a positive influence in my life. I know that every time I break down X’s and O’s, I’ll be thinking of you. I will forever be grateful for your friendship, and I will continue to honor you by staying optimistic, and by being a model citizen to our fans.

Thank you, Nate Thurmond. We will miss you.