It wasn’t the dream of many Polish kids to be a tennis star.

To be honest, Poland and tennis don’t exactly go hand in hand. We don’t have a strong history in the sport or players to look up to, so kids aren’t leaping at the chance to play. But my dad grew up playing and had been a coach, and he was determined that his daughters would take up the sport as well.

And from the time I was five years old, I had a racquet in my hands and my dad by my side coaching me.

Of course, practicing in Poland is a lot different than learning to play tennis in Florida. For one thing, there are Poland winters, which means along with your racquet, there is a pair of gloves, a scarf and a hat in your gym bag. These were basically our essentials for playing tennis. No exceptions.

My sister and I would wake up early before school, before the sun came out, so we could get in a couple of hours on the courts. And this is where the gloves came in handy, because when we left to play it was no more than 30 degrees outside. Inside the facility wasn’t much better, maybe a few degrees warmer.

But Dad knew we could be successful tennis players.

It was hard for me to get up in the morning, but my sister Urszula would always be ready with her bags and gear. Once we got out of school, it’d be back in our dad’s car, where we’d finish up homework while eating a snack. So many times as a kid I’d have my friends asking me why I wouldn’t just hang out with them.

It was tough. I missed out on a lot – proms, birthdays, all those sorts of events. My friends didn’t really get it, and at first, neither did I. Like I said, there weren’t a lot of Polish tennis greats for us to look up to, so it was difficult to see where all this hard work would take us.

But my dad saw our talent and pushed us to see it in ourselves. And soon enough, tennis became everything. Every weekend, I’d sit with my dad and sister and we’d watch Martina Hingis, Steffi Graf, Andre Agassi and Pete Sampras. I’d see them holding trophies from Wimbledon, or the U.S. Open or Roland Garros in front of packed stadiums and think, I want to be on that TV someday too.

My dad would point out their style.

“Watch how she steps to the ball. Look at her backhand.”

But for me, it wasn’t so much what the players were doing on the court that inspired me, but rather the people filling the stadiums to watch them play. I remember sitting in front of the TV and just seeing the camera pan across all these faces in the crowd. All these people, there, just to watch tennis? A sport that no one really seemed to care about in our country?

I didn’t see how I could possibly end up on that court one day especially since I was usually the smallest or skinniest player in tournaments growing up. I’d have to find a different way to the top.

And it certainly wasn’t going to be with my serve.

I was never a powerful player, so my my serve wasn’t going to win me games, matches, or points. You can practice all you want, but you can either serve 200 miles per hour, or you can’t. And I couldn’t.

What I did have was my tactical play. I entered this one tournament when I was about six years old. It wasn’t a regular tournament of play where you’re going up against other kids in matches. It was more like a skills competition. And so my dad and I went out on the court and he tossed me the ball and I just had to hit it to wherever we were instructed to on the other side of the net.

It didn’t matter how hard I hit the ball, or how fast it go there, I just needed to get inside the line. Accuracy and smart shot selection. By doing that, I won my very first trophy.

And from that moment on, I learned I could play without power and instead use shot selection. That became my game.

For years and years at practice, shot after shot, I plan, I strategize. So the moment that I actually step onto a court for a match, I don’t have to think. It’s automatic. It’s second nature.

And in 2005 I found myself on Centre Court playing for the juniors singles championship at Wimbledon. I had made it, to the same court I grew up watching as a little girl. I won in two sets, and while the trophy was great, what that match really gave me was the belief that I might have a future as a pro. 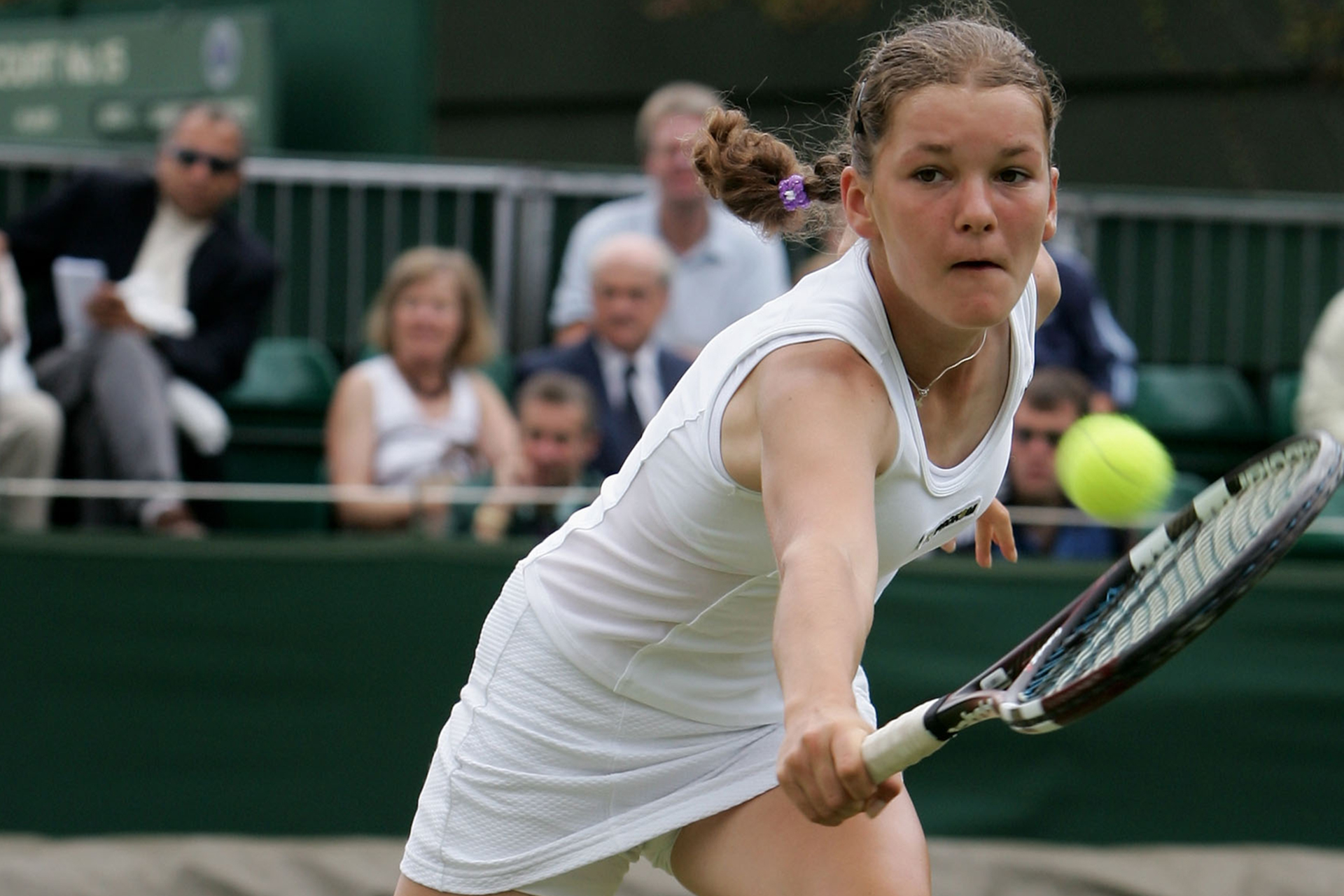 In the years since I first joined the WTA Tour, people have called me “Ninja” or “The Professor,” and that’s the greatest compliment because I want to make those shots that make people ask, “How did she do that?” Though to be honest, I don’t think I could answer that question most of the time. Sometimes I look at the replay and ask myself the same thing.

To me, that’s what makes tennis so beautiful, that no matter how much I work on my own shot selection – a forearm, a slice, a lob, a drop shot, whatever it is – each point, each shot, is different than the last. And it’s not only what you’re doing on the court that matters. Weather conditions, surfaces, even the balls you use that day all play a factor.

Even if I’m playing against women like Caroline Wozniacki or Angelique Kerber, who I’ve been playing against for 15 years, each shot is different. Of course, after all those years, you understand their style of play, but still each match, each set, each game comes down to one shot.

Which means for a player like me, who doesn’t have the same power as a lot of other women on the tour, I need to trust my own court IQ. I just have to trust my own instincts, my own game: Accuracy and smart shot selection.

So really, what makes for strong shot selection is that there’s not really a lot of selecting that goes into it at all. You’re just ready for the moment whenever it comes.

Or you hope you can be, like when you finally reach the finals of a major.

When I walked onto the grass court of the Wimbledon final in 2012 against Serena Williams, it was surreal. I watched Serena growing up, and had played her before, but I finally making it to a final and seeing her on the other side? Insane.

What meant the most to me though, wasn’t my opponent on the other side, but how far I had come from those freezing courts in Poland. Our country never had a player – man or woman – reach the final of a major before. 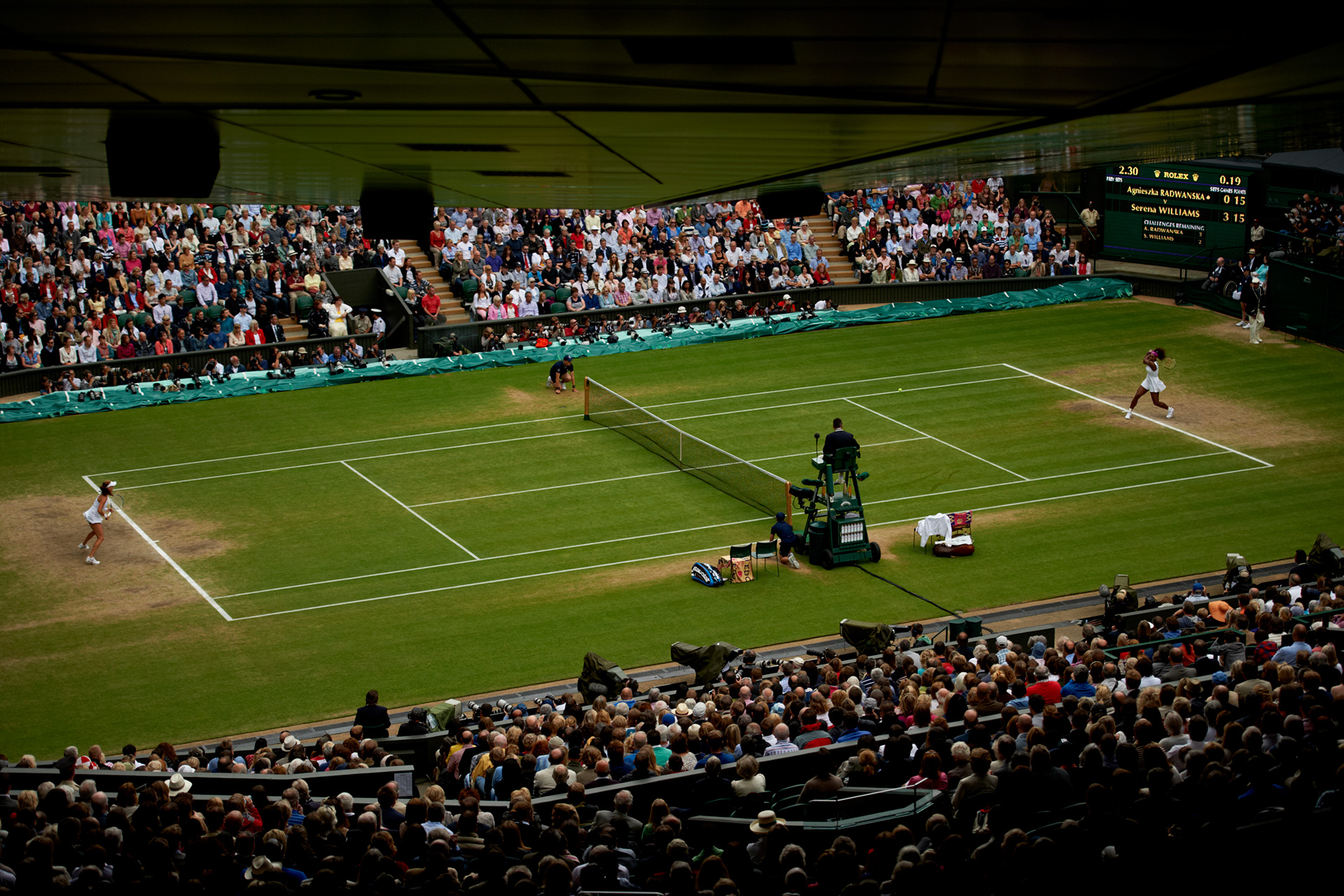 I finally had that moment I dreamed about as a little girl. I looked up and saw all these faces in the crowd. All these people to watch tennis. To watch me, a girl from Poland, play tennis.

Of course, it didn’t end the way I hoped it would.

Some players, when they hit that wall mentally, you see it. Some will yell, or break racquets or talk out loud to themselves. For me, I try to stay as calm as I can. No matter how angry I get at myself for missing a shot, I need to stay level. It a lot being on the tour for months at a time, so you need to try and find time to relax whenever you can.

Off or on the court, you can’t get inside your own head.

As a little girl, I didn’t ever think I could be a top ten player. Even now, to be honest, when I step out onto the court, I still feel like I’m fighting for it. With each game, with each point, with each shot, I fight. And no matter if I’m in London, or Paris, or Melbourne, or Flushing Meadows, it still comes down to the shot. The same shots I took as a little girl on those courts in Poland, with my gloves and hat and giant coat on.

When I go back to Poland, I see a lot more kids on the courts practicing. I’m happy and proud to be part of growing the sport over there, to be a player they can look up to and see that it is possible to play at Wimbledon, or the U.S. Open and other tournaments across the world.

I hope maybe now there are now kids in my country who can dream of becoming a tennis star.