Finally, Ballers is back.

If you didn’t watch the first season of the show, I suggest you stop what you’re doing and go catch up now (and then check out my recaps of all the episodes). But if you have been following Ballers since the beginning, you came to the right place.

Why have I taken such an interest in this show? Well, like Spencer Strasmore, I’m a former Miami Hurricane who played in the NFL and then became a financial advisor. Granted, the similarities stop there, as the Rock looks much better in a suit than I do. I’ve been watching with interest, however, mostly to see if his growth has mirrored mine.

I have been waiting all year for Season 2. It picks up after a year has passed and the character’s storylines have all progressed. 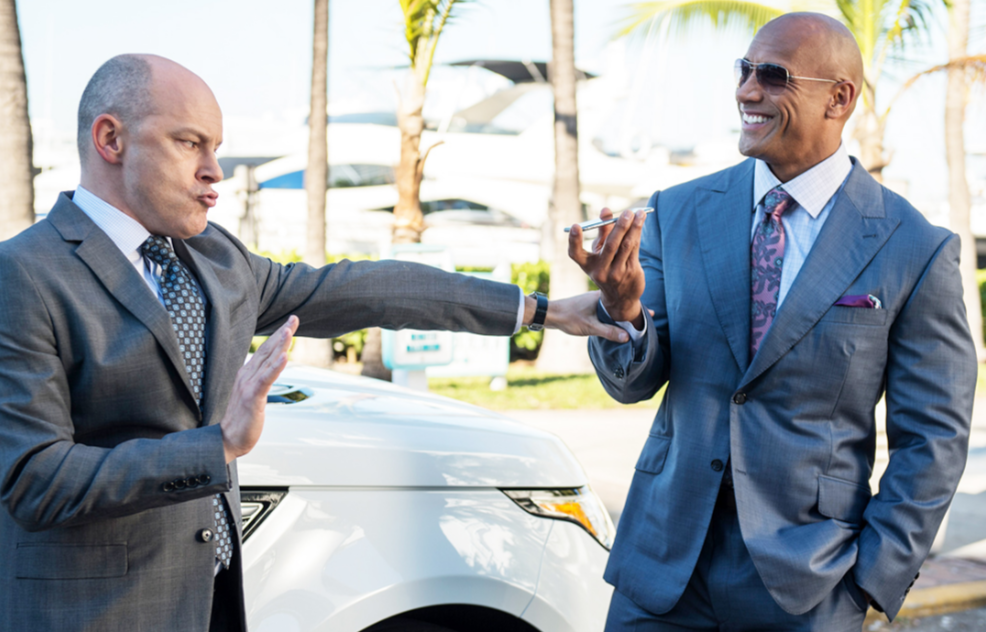 Strasmore and his partner, Joe Krutel (Rob Cordrry), are still helping athletes manage their money. Dolphins wide receiver Ricky Jerret (John David Washington), after having a Pro Bowl season while playing for the veteran minimum, is ready to sign his big deal. And Miami offensive lineman Charles Greane (Omar Benson Miller) has completed his comeback, become a father and is now looking forward to another season with the Dolphins. Everything seems perfect, what could possibly go wrong?

Well, just about everything.

After getting coaxed to appear on Jay Glazer’s new show, Spencer is surprised by former rival Terrell Suggs (who has some decent acting chops, actually) and loses his cool. As a result, he gets beat up by Terrell on national television and embarrasses himself and the company in the process. We then discover that Miami has decided to give Ricky’s teammate a big contract, which leaves Ricky’s future with the team in jeopardy. His career once again in limbo, some of the questionable judgment that we saw from him in Season 1 begins to resurface. And Greane’s role on the Dolphins’ O-line may be much smaller than it was before — if he has any role at all.

That’s what we want in a season premiere, right?  We have a lot of different conflicts out of the gate that set up intrigue. The most interesting development might be the introduction of a new character, Andre Allen (Andy Garcia), a rival financial manager who also shares a troubled past with Spencer. Their beef apparently stems from a bad real-estate deal that cost Spencer money and forced him to play another year in the league. Andre is billed as the top guy in the sports and entertainment industry, a reputation that Spencer covets. The pursuit of that informal title I’m sure will last throughout this season.

That’s the broad-strokes view at what went down in last night’s episode, but the things that caught my attention most were the smaller details that were easy to miss. As a financial advisor who works with athletes regularly, I like to listen to the financial jargon used in the show. The best bit I heard occurred while Spencer was on Glazed & Confused (which shockingly isn’t the name of Jay Glazer’s actual show) and was presenting his value proposition of what Anderson Sports Management stands for. He said that he wants to make sure that the “quality of life for his athletes only goes up in retirement.” This is a message that Ballers tried to stress a lot during Season 1, that your money can leave you very quickly if you don’t take care of it.

Yes, there’s a bunch of celebrities on the show, and they “ball so hard” (this was literally used as a greeting between athletes during this episode), but at the end of the day, Ballers creator Steve Levinson is trying to create a narrative about professional athletes and their finances. We hear horror story after horror story about player X spending all his money or player Y’s advisor stealing all his money. So it’s interesting to see a story about a financial manager who truly has his clients’ best interests in mind, and to see that juxtaposed against another character, Andre Allen, who does not. 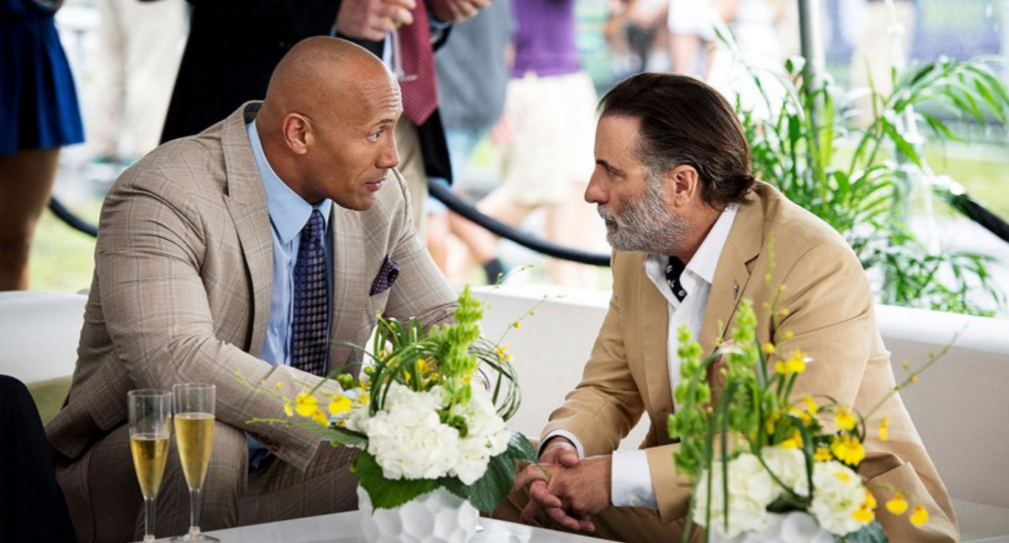 If you’re a sports fan at all, I can’t recommend this show enough because it does touch on issues that aren’t discussed enough and that perhaps make the powers that be uncomfortable. Recently, executive producer Mark Wahlberg claimed that Roger Goodell (as well as several NFL owners) had reached out to him about pulling the show. Wahlberg said that Goodell thought Ballers would be a bad look for the league (as if almost taking Tom Brady’s case to the Supreme Court was not). Whether this happened or not, in reality, I think Ballers actually helps the NFL (kind of, sort of). What this show does is present the average sports fan a more nuanced view of the world that professional athletes live in. With that understanding, comes a different appreciation.

At its core, this show is about a former athlete who wants to look out for his friends and help them avoid the pitfalls that he’s seen others fall into. But it also touches on other serious issues related to sports that aren’t so glamorous, such as the inner turmoil retired players face over their fears of CTE. What’s ultimately communicated is the passion these guys have for their sport, the emptiness they feel without it and the sacrifices they’re willing to make to keep the ride going for as long as they can.

Last night’s episode was very much your typical season premiere. It was all about setting up the rest of the season. Characters are reintroduced, drama unfolds, a villain appears and so on. Granted, while the show was somewhat generic, it still had that certain Ballers charm. There were some awesome lines dropped this week, my two favorites being when Spencer told Suggs “You’ve got a Ph.D. in talking shit.” TTD’s (Ricky’s best friend, played by Carl McDowell) quip that “If you ain’t got dental hygiene, you ain’t got shit,” also had me cracking up.

As Season 2 progresses, I think we’ll begin to see more of the heavy-hitting stuff that made Ballers so great in Season 1. In particular, Spencer’s addiction to painkillers is an incredibly relevant topic, as there is currently a class action lawsuit in place against the NFL over the league’s lenient use of them. These are issues that can easily get swept under the rug, which is why I appreciate having a show like this — that is able to expose them in a relatable way. We’re a nation obsessed with football, so it’s important to bring these things to light. Reading a headline about certain issues can be kind of impersonal, so seeing the actual repercussions played out on screen has a definite value. I know I can’t wait to watch what happens. Come back next week to get my thoughts on Episode 2.