One phrase in this week’s Ballers episode really got me thinking.

“The right to have a life.”

That’s what the show’s NFL star Vernon Littlefield’s best friend, Reggie, gives to Spencer as the reason Vernon chose to play paintball in this week’s episode, a decision that landed Vernon in the hospital.

Professional athletes dedicate so much time to their craft. Many people may think that their success is due to God-given talent, but in reality, it is the product of years of hard work. I remember my time with the Atlanta Falcons as a rookie. I got to see firsthand how a guy like Julio Jones practiced. I couldn’t believe the amount of effort, day in and day out, that he put into being great. I recall one time in OTAs — our relatively low-key off-season practices. I was watching Julio take off on a “nine route.” (A “nine route” is a fade route down the middle of the field.) I could not believe how hard and how fast he ran that route in the off-season. He was already playing in midseason form. I was a center. I never had to run routes or catch passes. But that was a wake-up call for me. I realized how hard I would have to work in the off-season just to stick around. If a guy that physically gifted was working that hard, I would have to put in double the time and effort.

Which leads me back to Reggie’s statement: “The right to have a life.” He is kind of correct. Despite Vernon’s demanding job — and all the no-nos stipulated in an NFL contract — he does have the right to have fun and have a life. Vernon worked his ass off to earn that big contract, and he should be able to be happy. I’m all for that in the real world.

Paintball is one thing. Paintball isn’t risk-free, but it’s also not the same as riding a motorcycle either. But Spencer, as a financial manager and a former player, is right to be risk-averse. Seeking a life off the field absolutely cannot interfere with the job that pays an athlete millions of dollars. Nonfootball injuries happen all the time. But it’s when athletes seek out risky activities and get injured that frustrates me. 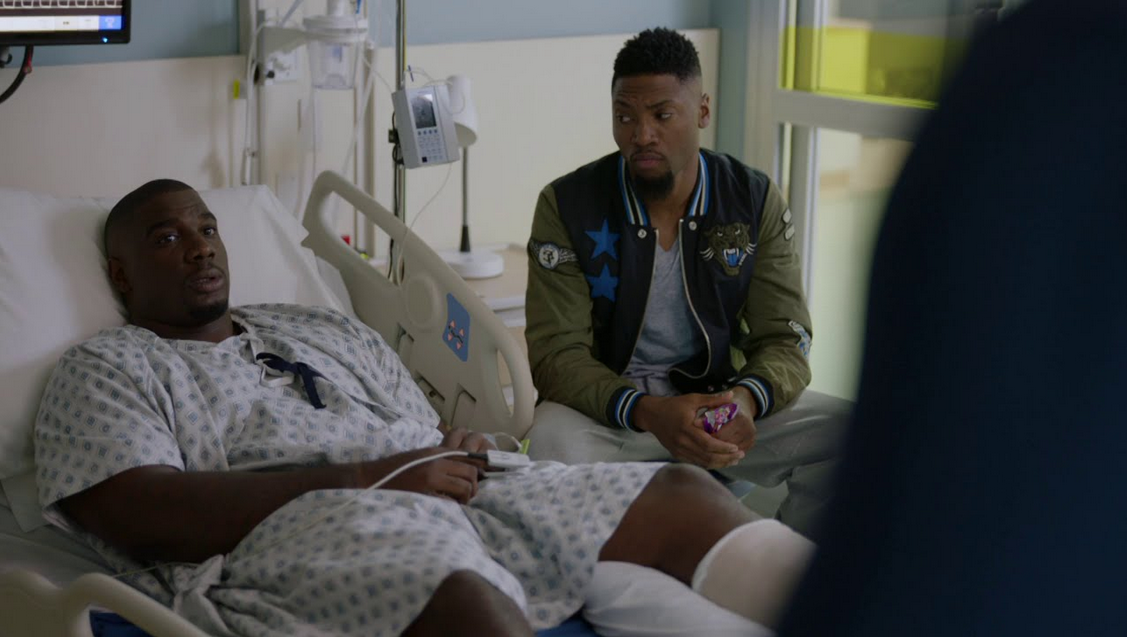 For instance, I love playing basketball. It was actually my favorite sport growing up, but as I started to get serious about football, I became terrified to play a pickup game. My job required that I be in top physical condition at all times. I would walk by an outdoor court and gaze at the pickup games going on. It was really hard not to walk over and ask, “Who’s got next?” What’s one little game? But the risk was just too great in my eyes.

That’s why I don’t empathize with athletes who suffer nonfootball related injuries doing activities they know are dangerous. You know the risks, and your paycheck depends on you being healthy. If you pop an Achilles playing paintball or tweak a knee waterskiing, I don’t feel sorry for you.

Reggie’s statement strikes me as important because he’s talking more generally about a work-life balance. Finding a work-life balance is a critical part of any profession. And athletes live for competition. Basketball, paintball, driving fast cars, jumping out of planes — you name it — those kinds of things are going to be attractive to competition-hungry people. But those things can have consequences, and that is what Vernon Littlefield is coming to understand. I am anxious to watch next week, as the faux Jerry Jones of the Ballers universe deals with this issue.

The best part about doing these Ballers recaps is that I get to relive my glory days as an athlete, while concurrently watching my life play out as a financial adviser. This week’s episode built upon last week’s theme of trust. Former NFL defensive lineman and YouTube sensation Anthony (Spice) Adams made his acting debut this week, playing himself. In the show, he has gotten bored in retirement and he wants to build a hotel, investing $4 million in the process.

It’s a horrible idea, and Spencer knows it, especially after seeing the location, which is completely inhospitable. Spencer is torn, however, because his rival, Andre Allen, is calling his clients and pretending to entertain entertaining their business fantasies. Record labels, fashion lines, dance studios, restaurants and hotels are all notoriously risky business ideas that athletes often get caught up in. Investing in businesses can be great for your bank account and it can be a lot of fun, but if someone promising a quick return wants a lot of money up front, it’s probably wise to pump the brakes.

If you listen carefully, you will constantly hear about business deals gone bad. One of the most famous real-life examples involved a casino in Alabama.

That should be the alarm going off in your head warning you that “casino in Alabama” may not be the most prudent business venture. It was a huge scandal that lost a lot of athletes a lot of money. Most recently, Mark Sanchez filed a suit against his adviser related to a tech start-up that traded game tickets like options contracts. In financial speak, an “option” is an agreement between a buyer and seller that gives the purchaser of the option the right to buy or sell at a later date at an agreed upon price. These options are often used in stocks and commodities. Sanches claims that his adviser — who says he was trying to act in his clients’ best interests — invested more money than agreed upon. The company has yet to turn a profit.

While arguing with his partner, Joe, about Spice’s idea, Spencer says, “Without trust we have nothing.” That is the absolute truth. As an adviser and fiduciary, you have a responsibility to look out for your client’s best interest at all times. Even if your clients’ best interests are not exactly what they want to hear. I might add another sentence to Spencer’s advice: Without trust we have nothing. And building trust sometimes means favoring real talk over friendship. 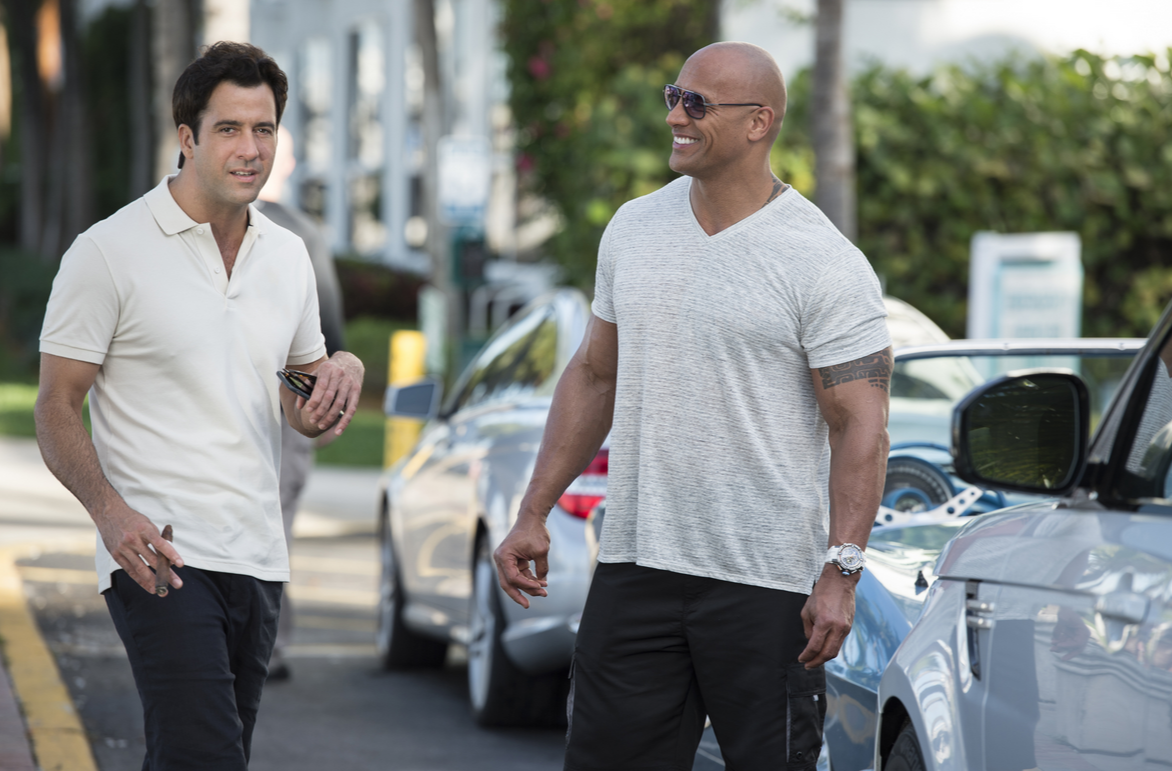 That is part of the job, though. As a representative of an athlete, you have to be able to have the tough conversation. That means telling Spice that his hotel idea, especially in its current location, is not a good idea. As much as you want to be your client’s friend, you are their adviser, first and foremost. As advisers, we have a laundry list of rules and regulations we must follow, but it can be easy to blur the lines when trying to retain a client. That is why trust and transparency continue to be so important for professional athletes.

As an NFL player turned financial manager, it’s very comforting to watch Ballers tackle these issues. It would be easy to have the Rock party with pros for 30 minutes every Sunday. It is much more difficult to have him take on real-life issues, like last week’s confrontation of pain pills and football, and still keep the show compelling.

Ballers has already received the green light for a third season, so it must be doing something right. I want to see the show continue to push the envelope, though. Will there really be consequences for Vernon? Or will Spencer save the day? Also, Joe continues to gently push Spencer to compromise his principles. Will Joe eventually screw up or go too far? These are big questions that I’d like to see answered this season.