My Sister: The MVP

Have you ever met twins who were born 628 days apart?

Well, now you have.

Meet me and my big sister Nneka.

O.K., so obviously we’re not actually twins … but we may as well be. The first thing you should know about sisters who are really, really close is that we have our own language.

And I don’t just mean emojis (though we do have our own sister-emoji code). Here, for example, is a text exchange with Nneka from this past weekend: 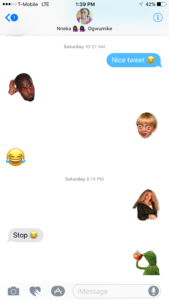 Our sibling language is unlike anything else in my life. It comes from 26 years of being together, side by side. Growing up, we shared everything. We dressed alike. We even “invented” our own basketball style: Jorts, halter tops, Keds, and big glasses. We had a bunch of inside jokes (if you call reciting lines from the Disney movie Cheetah Girls an inside joke). We were rambunctious kids, and we took turns playing games — our favorite was Dance Dance Revolution, which taught us the importance of one-upping each other in the “Let’s Groove” routine.

We even shared a bedroom until high school. Two twin beds. It wasn’t messy, but it was cluttered. Homework and books were everywhere. On the walls, we put up posters of the Backstreet Boys and other bands and pictures of athletes like Kobe Bryant and Blake Griffin that we tore from magazines. We stuck glow-in-the-dark stars on the ceiling.

Our parents knew it was time to upgrade to separate bedrooms with bigger beds when, one night, they heard a loud thump. I had fallen out of bed. I think I had had a nightmare. Nneka, always quick on her feet, jumped up instantly to try to catch me. She didn’t, but she did stay up with me and talked through my nightmare until I was able to fall asleep again.

We shared in getting up to mischief, too. And when she got in trouble, I got in trouble. That’s how we wanted it. The great kickball mishap of 2002 was a classic example of how we had each other’s backs. One day in our driveway, one of Nneka’s kicks shattered the window in our living room. Our mom sat us down as asked us who did it. I shrugged. Nneka shrugged.

We both got grounded. Which wasn’t so bad. We just hung out in our room playing Dance, Dance Revolution.

Another memorable time was when Nneka came up with the brilliant idea to slide down our carpeted staircase riding a giant children’s book like a sled. (Can I get a #NerdNation?) We did not, in all our ingenuity, foresee just how slippery sliding down the stairs would be. We busted a hole in the wall that remained there for months. Again, we stonewalled our mom when she asked whose idea it was to hold an X Games competition in the living room.

I guess now’s the right time to come clean and tell you that 99% of the time … it was Nneka’s ideas that got us into trouble. But we always had each other’s back. That’s the sibling contract.

We were a package deal. 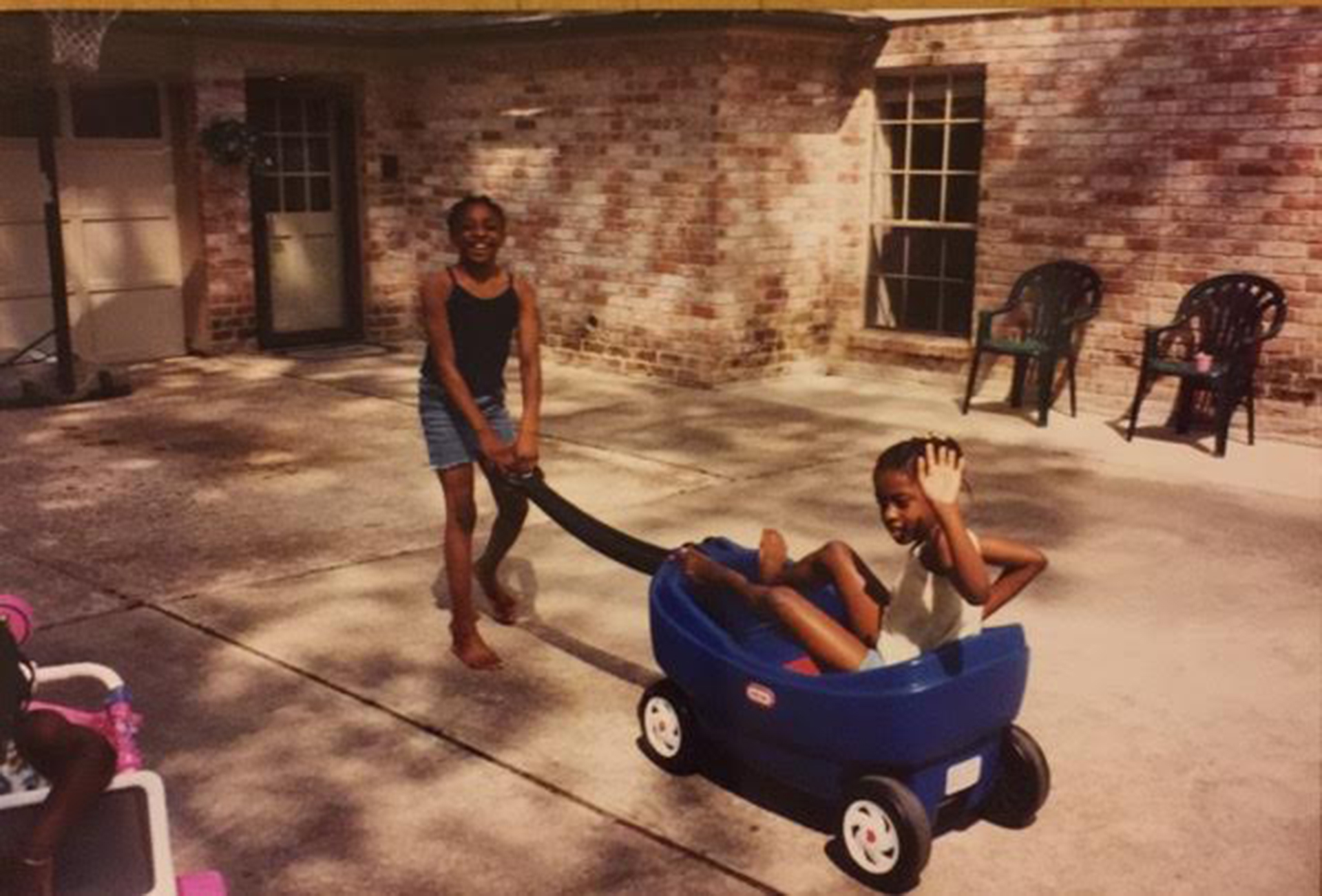 But as much as we’ve always been a team, I’ve also looked up to Nneka. Six hundred and twenty-eight days meant that Nneka was always my big — my older sister. She was my role model, and I was her shadow.

Ever since we joined our first AAU team, the Cy-Fair Shock (go Shock!) when I was 10 and she was 11, I followed Nneka’s lead on the court. In fact, the first time I ever played organized basketball, she had to come into the gym’s bathroom to convince me to come out. I’d been hiding in there, too nervous to show my face.

As my big sister, Nneka did everything first. She went to Stanford in 2008. I followed her to Palo Alto two years later. And she looked out for me while we were there together. Nneka was shy when she was a freshman, and she had struggled a bit to find her way. She told me that she didn’t want me to go through that. Coach Tara always said that Nneka was like my personal coach. She would get on my case like crazy at practice. She wanted me to be ready because she didn’t want to miss a minute with me on the court.

Don’t get me wrong, there are differences between us. But after I was drafted, our relationship was tested by distance. After years of being almost inseparable — playing on AAU, high school and college teams together — we were on opposite sides of the country. Nneka went to L.A. and I went to Connecticut.

Lucky for us, there’s FaceTime. And texting. And emojis. We literally talk all day. One of my favorite habits of ours is how we give each other pregame pep talks as we’re driving to our games.

I often think about the number 628. The 628 days between us. When I was little, I used to wish we were actually twins. But over time, I’ve realized how lucky it is that we are two years apart. 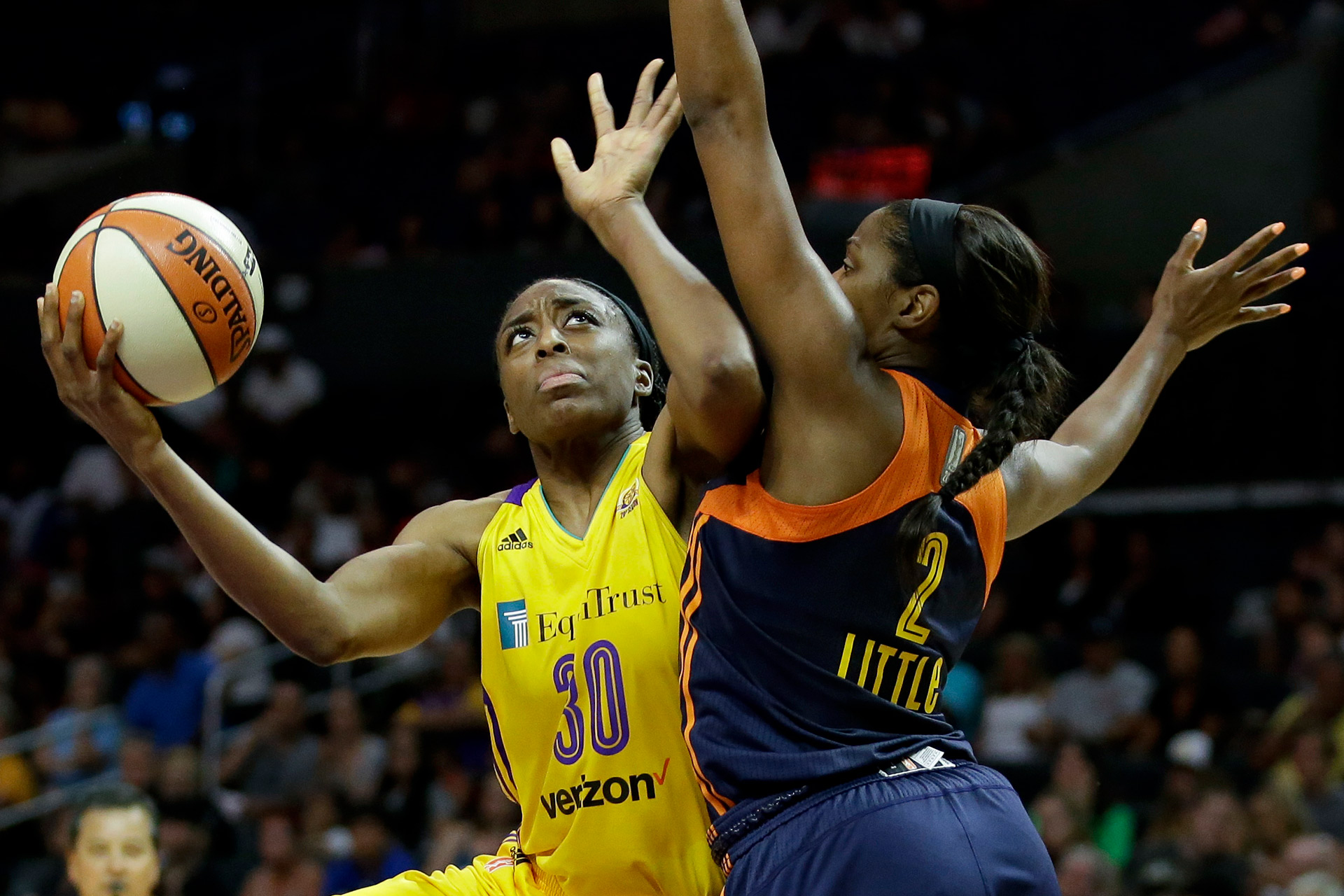 But now she stands alone.  Today, Nneka was awarded the WNBA’s Most Valuable Player trophy.

It is a title that she has fought for, and dreamed about, ever since we were little kids.

Thank you, Nneka, for being the best big sister in the world, both on and off the court! You’re a role model not just for me, but also for our two little sisters.

Now, put that trophy down and let’s play a game of one-on-one.

We both know I can still take you.