The death of legendary coach Pat Summitt at age 64 last month marked the end of an era in women’s sports. In 38 seasons on the sideline in Knoxville, Summitt won eight national championships and 1,098 games, the most in NCAA men’s or women’s basketball history. Her profound influence at Tennessee — and on the game itself — wasn’t limited to just the players she coached. To honor her legacy, referee Dee Kantner and former Vols football coach Phillip Fulmer reflected on the woman who was both a cold-as-ice competitor on the court, and a warm and caring friend off it.

That’s how Pat Summitt said my name in her syrupy southern drawl.

Not one syllable: Dee. But “Deeeeeeaaaaayyy.” Four syllables.

I heard my name a lot whenever I officiated a Pat Summitt game. That’s probably the Pat that people know best: The fierce sideline stalker with the icy stare and the low exaggerated head shake of disappointment from which no one was exempt.

You’ve heard the stories of her banging her hands so hard on the scorer’s table or court that she dented her rings. It’s true.

I remember the first technical foul I ever assessed her — and I didn’t give out many. I was the ripe age of 27, refereeing in the ACC, and I thought my career was over before it had even started.

The Tennessee Lady Vols were playing NC State, at NC State. It was a matchup of coaching greats: Pat Summitt and Kay Yow.

NC State was ahead and a block/charge play happened. I made the call against Tennessee. I counted the seconds before Pat got to midcourt to protest.

There she was. I said, “Coach, you need to get back.” She didn’t move.

“Kantner, you don’t have it to make it to the big time. You can’t handle the pressure.”

Pat stood there, staring at me — staring through me. I looked at her assistants, Holly Warlick and Mickie DeMoss, and I said, “Get her back or I will throw her out.”

It was purely false bravado. In my head, I’m thinking, “Oh please go back. Please go back.” You don’t throw Pat Summitt out of a game, especially when you’re only 27.

You had to earn your stripes with Pat. You had to bring your best. She expected excellence — from her players, from her coaches and from the officials. But that’s what greatness does: inspires more greatness.

It wasn’t all fire. Pat Summitt was an amalgamation — intrepid and determined. A fiery force. But she was as caring as she was competitive, and she had a wicked wit with a seemingly endless supply of funny quips.

One of my favorites:

I forget the opponent, but about ten years ago, Nicky Anosike was playing for the Lady Vols. It was the beginning of the game, and I threw the ball up for the tip. It was a great play off a long tap. Tennessee got the ball and threw a long pass down the court to Nicky for an easy layup. I mean, easy. She was wide open under the basket with a trail of defenders behind her. She catches the ball.

She had laid the ball up straight into the rim. You could hear it brick throughout the entire arena.

The ball reverses back up the court and I’m coming up on the trail right in front of Pat. I shot her a glance. “Really, that’s how we’re gonna start the game?”

Pat just looked at me, and very dryly, without hesitation, said, “Holly’s in charge of layups.”

I also remember, one time, telling a player to get out of the paint — just a friendly warning. “Get out, get out,” I said. She didn’t. I go, “Fine, three seconds,” and blew my whistle.

I’m making my way up the court and I hear Pat: “They don’t listen to me either, Dee.”

Her humor was infectious, but it also dissipated when she was losing. Trust me. There was no humor in a game she was losing — ever.

Most of my 32-year career is intertwined with Pat’s. I officiated five national championship games featuring UT — three of which they won: 1996 and ’97, and Pat’s last championship, in 2008. We had a very respectful coach-referee relationship. When I was hired as one of the first female NBA officials, Pat Summitt was among the first to call me. And when I got fired by the NBA, she was among the first to call me. That’s the kind of character she had.

I experienced her greatness year after year. I watched her with Kara Lawson, Candace Parker, Chamique Holdsclaw. She was relentless with those players because she knew there was no ceiling for their talent. She put them on a rocket ship, ignited the fuel and watched them soar.

But her spirit and her impact are everywhere. I was privileged to have a front row seat as her life and legend, and we are all privileged to live through the legacy she has left behind. 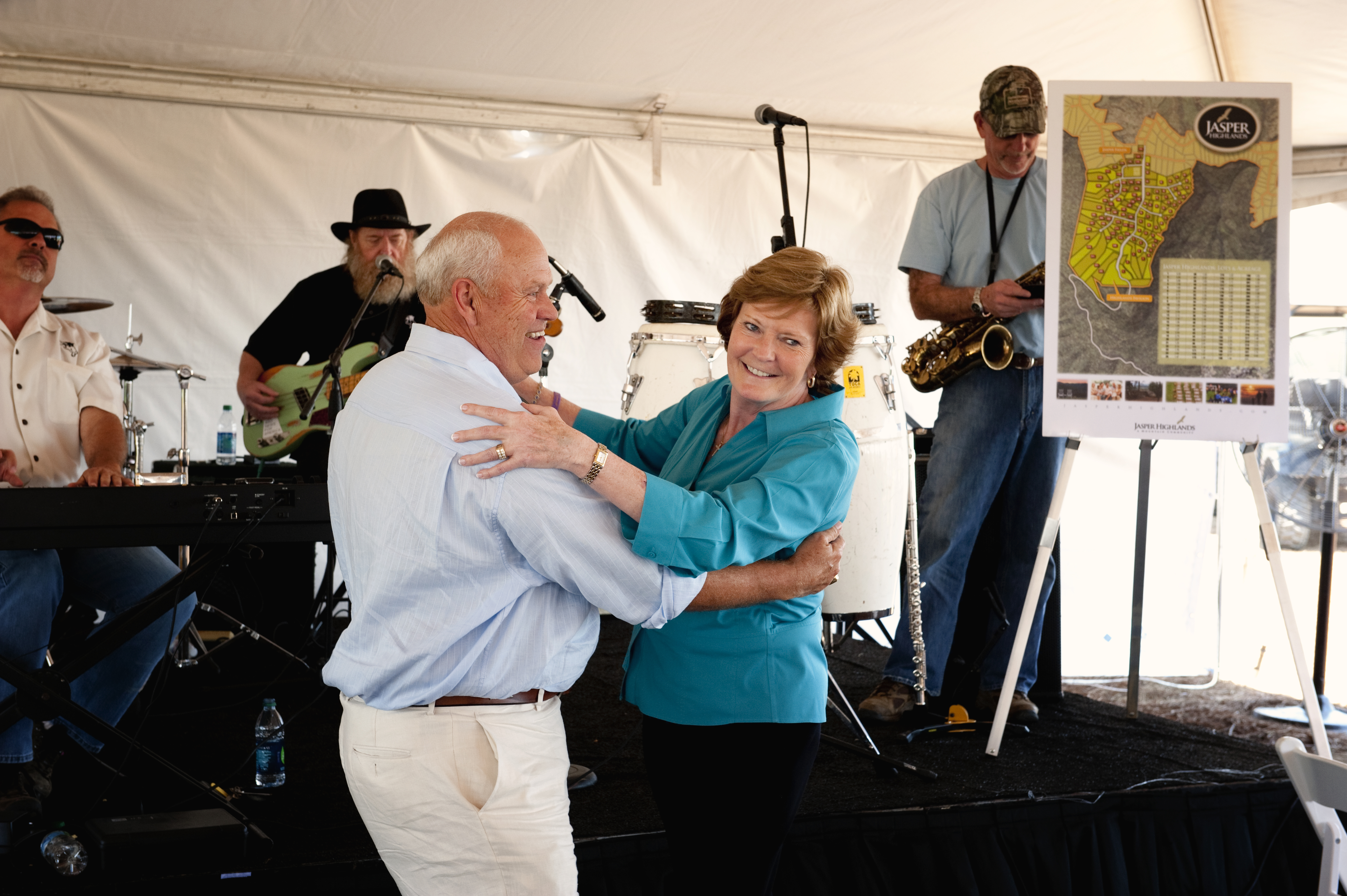 Pat Summitt and I coached at Tennessee together for nearly 30 years. A lot of women’s and men’s athletic programs at other schools don’t really get along. Pat and I were such great friends, though, that our teams and administrations were on the cutting edge of supporting each other and pulling for each other. We went on recruiting and fundraising trips together. We gave motivational speeches to each other’s teams. In the early years we even went on a few jogs together, and had lots of long conversations — just a couple of young people trying to do good. But the moment we shared that was one of the most special to me came after we were both finished coaching.

It was May 2012, almost a year since Pat had been diagnosed with early-onset dementia. She had just finished her last season with the Lady Vols, and we were both at the Jasper Highlands real estate development in south central Tennessee at an event to benefit the Pat Summitt Foundation, which is dedicated to finding a cure for Alzheimer’s disease. (I’m honored to serve on the foundation’s board.) During the event, we danced together to “The Tennessee Waltz.” It meant so much to me, and it was so emotional.

I remember the night and the Tennessee Waltz.
Now I know just how much I have lost.

It was the kind of moment that sticks with you.

Pat was so respected at Tennessee. And she made such an impact on so many Lady Vols — as well as on so many athletes and Tennesseeans. She was a wonderful teammate. And a true friend. I’ll never stop missing her.