Back when I was a little leaguer, no team of mine ever got mercy-ruled. (That’s not entirely true, but if it did happen, I’ve erased it from my memory.) When you’re a kid, it’s the worst thing that can happen.

During my rookie year, I started the Turn 2 Foundation with the purpose of promoting healthy lifestyles, academic achievement and leadership qualities in young people. I didn’t know what it would eventually turn into. I was just following in the footsteps of a childhood role model of my own — Dave Winfield, the three-sport athlete who had started his own foundation as a major leaguer.

One signature program that we run is Turn 2 Us, based in Washington Heights, that included a Little League team aimed at kids who hadn’t had much exposure to organized sports. My younger sister, Sharlee, who at the time was right out of college and working as program coordinator for the foundation, decided to take the coaching reins. None of the group of eight-year-olds had ever played organized baseball — but when we were given the opportunity to enter into one of the most competitive leagues in the area, we couldn’t help ourselves. 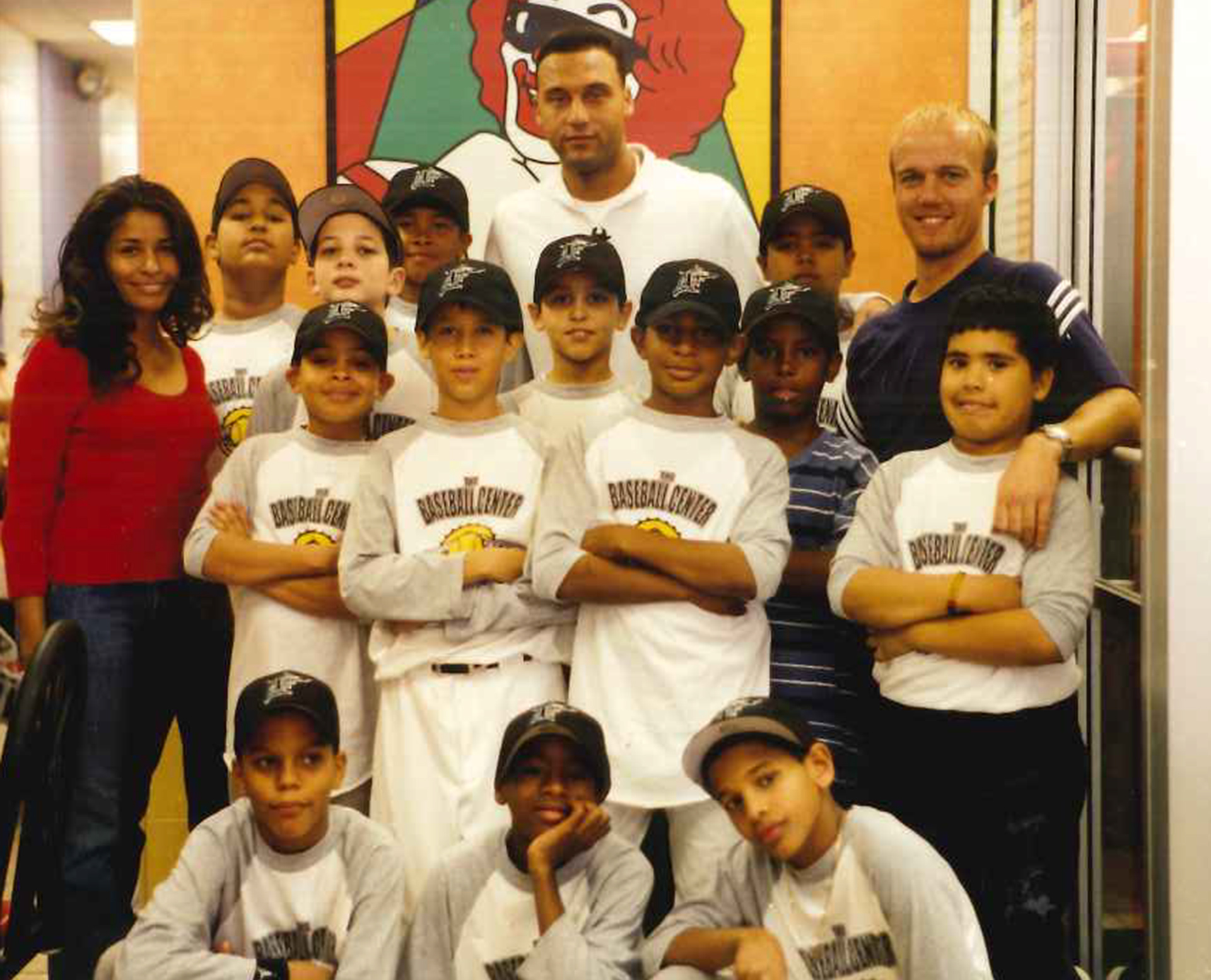 Late in their season, I got a call from Sharlee. She had to go on a business trip to Kalamazoo, Mich. — could I fill in for one game?

“Sure,” I said. The game was scheduled for one of my off days, as it turned out.

“Oh, and one more thing,” Sharlee said before hanging up. “Can you try not to get mercy-ruled? We still haven’t even scored a run.”

When I showed up on game day, I realized what Sharlee was talking about. From the first pitch, we were outmatched. Just as the kids were getting that demoralized look on their faces — Here we go again — we got a hit in the last inning and drove in a run.

We ended up losing the game 8–1, but you wouldn’t have known it from the way our team celebrated. We had scored a run. One single run. But the kids acted like they just won the World Series — hats were flying up in the air. I was smiling from ear to ear and got caught up watching the on-field celebration. It was definitely a first for me — I had never been a part of a celebration after a loss. The other team probably thought we were crazy.

After the game, we all walked from the field to a nearby McDonald’s in East Harlem to continue the party. The sense of pride and accomplishment — the pure joy — I saw on the kids’ faces that day is the reason you play the game.

After I ordered food for the team, I had to call up Sharlee. Before she could say anything, I told her all about the game.

Scoring our first run. Avoiding the mercy rule. Celebrating on the field. The McDonald’s party.

“See what happens when I coach?” I boasted. 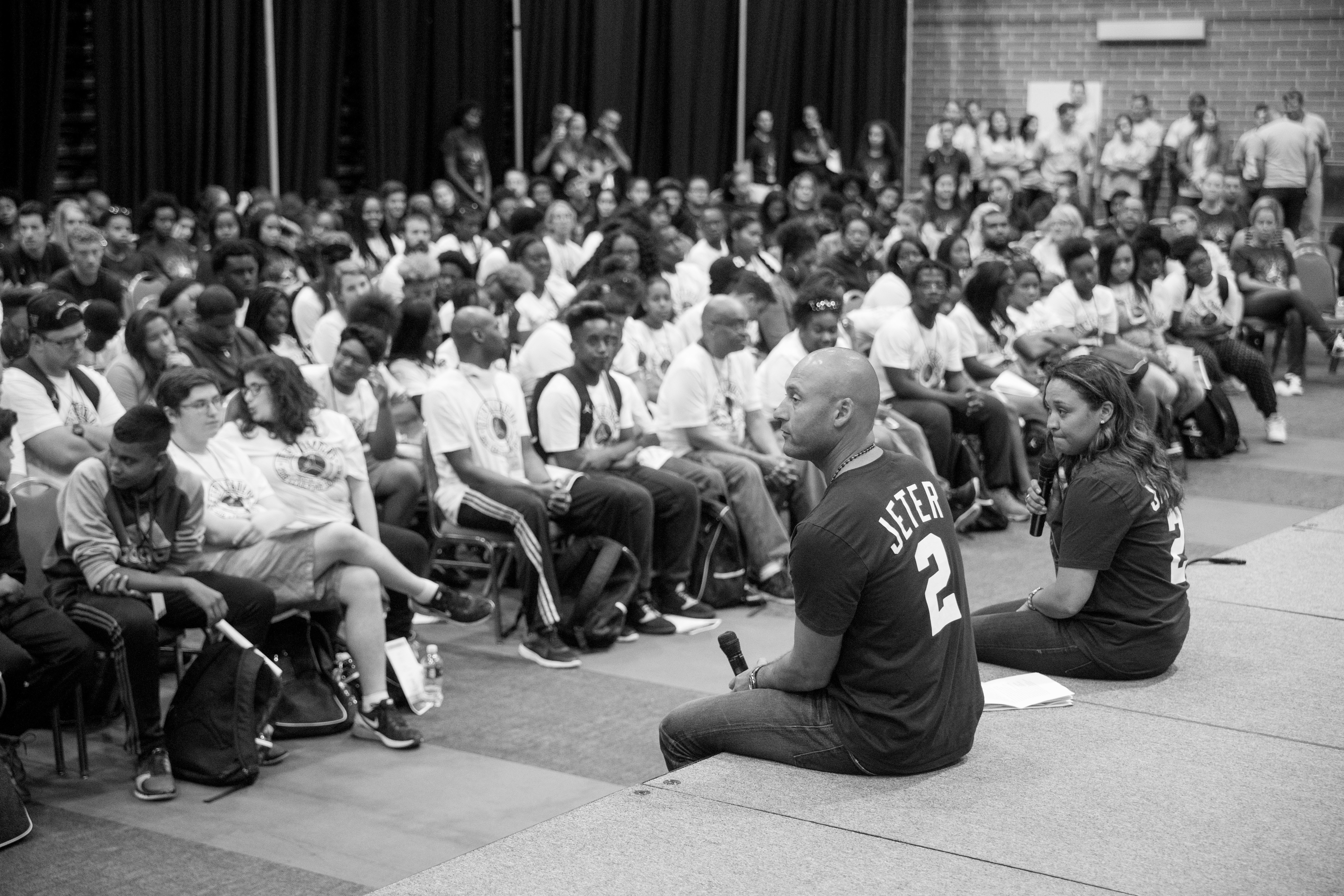 But jokes aside, it’s times like that that I still remember fondly. And it’s one reason I established the Turn 2 Foundation, 20 years ago. I wanted to give young people opportunities to grow. And I wanted them to know that my family and I believed in them.

But our Little League team was just one small part of the foundation’s work. We had a vision that went beyond sports. Early on, my father and I had the idea to put together a high school leadership program. Over the years, as I got to know the young people we were working with, I noticed how many of them were natural leaders, kids who could make a difference in their communities. More importantly, they wanted to make a difference. They defied stereotypes about teenagers who just looked out for themselves. These were teenagers with confidence and vision and drive beyond their years. They weren’t just talking about how they could be tomorrow’s leaders. They were already working at it.

The program began with a handful of students from Kalamazoo and New York, working together — after school, on weekends, on their own time — to mentor younger students, develop their leadership skills, go on college tours and bring awareness about social issues important to young people. Every two years, the program culminated with a conference — with presentations, meetings and guest speakers. The challenge of the conference is for the students to return to their communities with a detailed plan to enact solutions to the problems they feel most affect themselves and their peers.

The program was going well at the beginning, but a remarkable thing happened six years in. I’ll never forget the turning point. In 2003, Sharlee was acting as an interim director to both the New York and Kalamazoo leadership programs — traveling back and forth monthly to meet with each group as they prepared for that year’s conference.

On one of her trips, the leaders started to question why the adult supervisors were so involved in setting the conference’s agenda.

“If we’re supposed to be leaders, why aren’t we planning and running the conference on our own?” One student asked.

Sharlee returned home and told us what had happened. It was a big lesson for all of us. Here we were, having created a program that intended to instill leadership values in young people, and we were still dictating some of the ideas and issues. We were telling the students they could tackle any issue they wanted, but we weren’t letting them do it on their own. 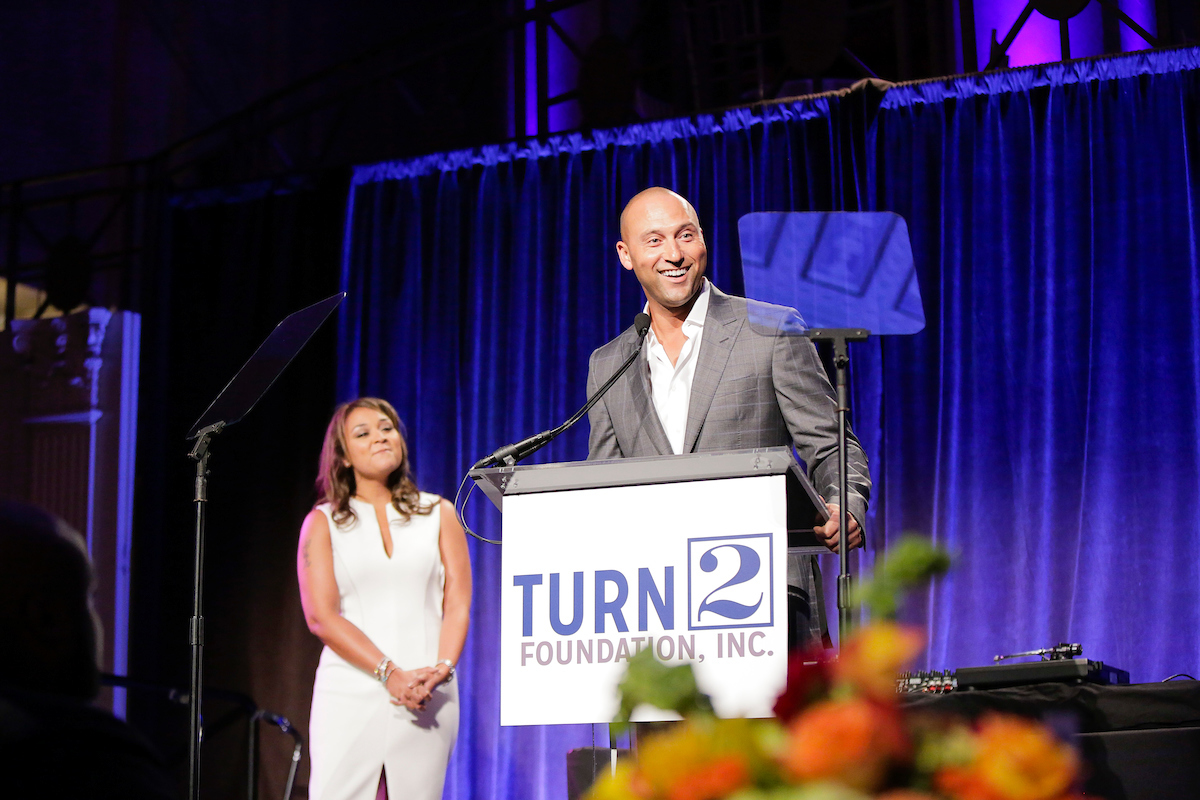 From that year on, the program took a new course: Our young leaders were completely in charge of the issues they chose to focus on, and the way they wanted to go about it.

I’ll give you an example. This past year, the students chose to focus on cyberbullying and the role social media plays in shaping young people’s self-image — which were not challenges anyone in my family had to deal with growing up.

The way I see it, the power of our leadership program comes from the fact that we’ve created a platform for youth leaders and give them the necessary tools and resources — and then gotten out of the way to let them fly on their own.

The results have been astounding. Our program’s graduates have had a 100% high school graduation rate over the past 11 years. And 91% of Jeter’s Leaders alumni continue to dedicate significant time to volunteering. Both figures are well above the national average.

When I was a teenager, my mind was consumed with sports. I did well in school and I tutored younger kids after school, but beyond that I didn’t think very much about being a leader in the community. I guess that’s pretty normal for a teenager. It can be a self-centered phase of life, no matter what generation you’re from.

None of this would have been possible without my parents, who had the vision and the blueprint two decades ago (this year marks its 20th anniversary) and for my sister Sharlee, who has developed the program further with new and fresh ideas. She’s now the foundation’s president.

But in the end, it’s the kids who I’m most grateful to. I know millennials get a bad rap for being too absorbed in their smartphones and their online lives (I’ll admit that I’ve been guilty of making this characterization myself), but I think people miss the point when they apply this kind of blanket stereotype. In every generation, there are young people who are ready to lead. It’s on us, their elders, to place the bar high for the young people coming up behind us.

Jeter’s Leaders has become the crown jewel of the Turn 2 Foundation. It’s the thing closest to my heart. This weekend a new class of leaders graduated from the program. In the 19 years since it began, over 300 young people have gone through. I couldn’t possibly do justice to each and every kid who went on to an impressive career as an adult.

The kids have taught me, and continue to teach me, the meaning of hope. I can’t wait to see what they’ll do next.

To learn how you can support, please visit www.turn2foundation.org