Zaevion Dobson Is a Hero

I’ll always remember the first time Zaevion Dobson showed up at my front door. I was a sophomore at Tennessee, and I had recently moved a few miles north of campus to Lonsdale. I did this mainly to get away from students and Vols fans who had found out where I lived. After a while, it got tiring to keep answering the door to confirm that the person living there was really me. So the plan was to move off campus with some friends, lay low and avoid all that nonsense.

The coaches were concerned about the stuff that goes down sometimes in Lonsdale — it’s kinda rough over there, you know — so they didn’t want us making the move. But we still moved there anyway.

I mean, the rent was cheap, and I figured it would allow me to avoid the people rolling up and knocking on my door for no good reason.

So Lonsdale it was. And the plan worked great for a while.

One day, out of nowhere, there were five or six little kids out front banging on the door, and a teammate of mine came into my room to let me know what was up.

“Hey man,” he said, “there are some kids out here looking for you.”

It was Zaevion, his older brother Zack and some of their friends.

I couldn’t help but laugh at the whole thing. But, unlike the door-knockers from campus, these kids weren’t annoying. They were hilarious. Zae was eight at the time. His brother was nine. They were just little kids running around and laughing, and I was actually really glad to see them.

I always think about my brothers when kids come up to me — about what I’d want to happen if they had approached a football player that they like — and I know I’d want that player to spend some time with them. So, to me, it was great that those kids came knocking.

Within minutes, they were performing some raps for us. Then, next thing I knew, they were hittin’ backflips off the fence out front and running up the side of the house and doing backflips off it. They were cool kids. We hit it off immediately. 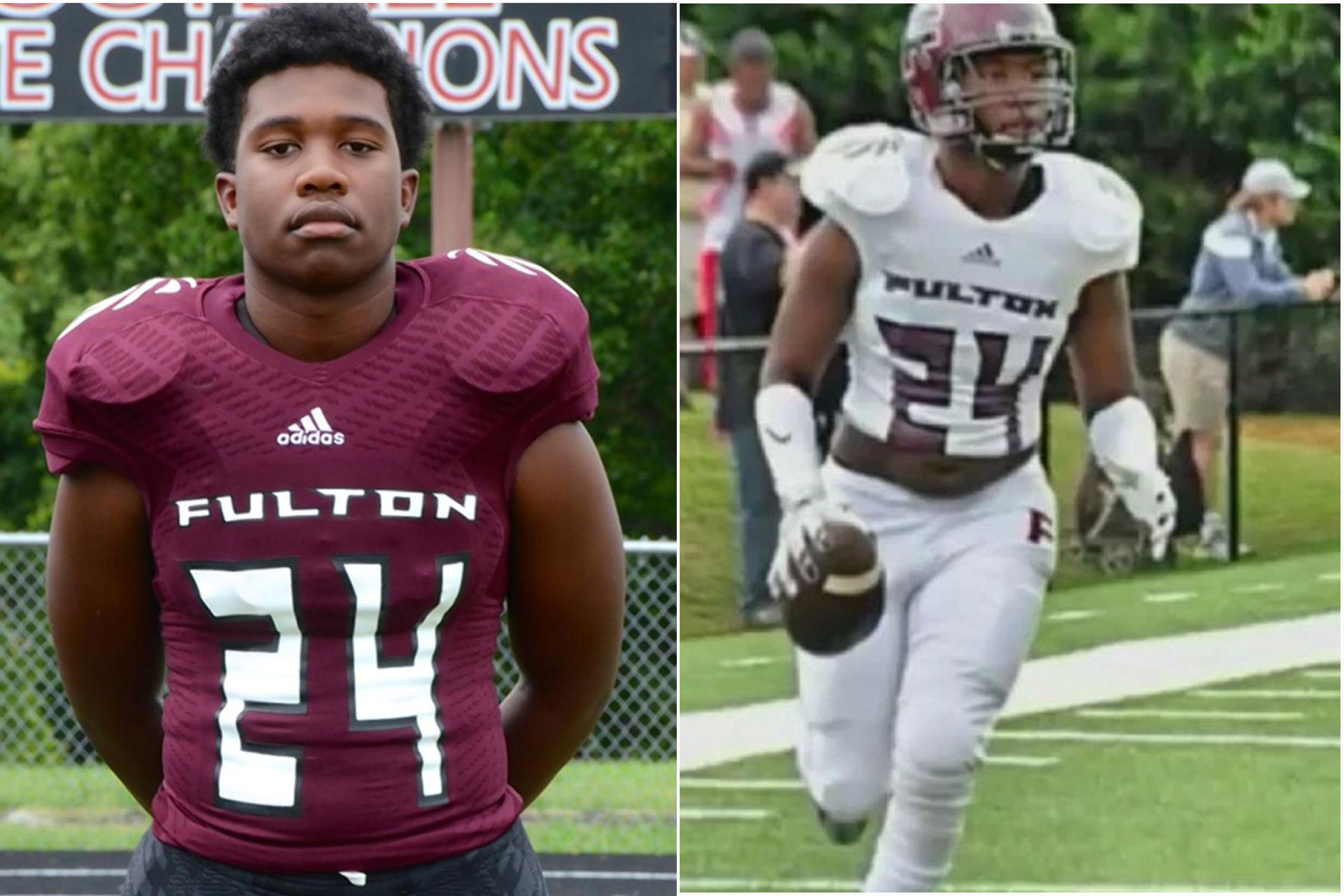 After that, they used to come visit us every week.

We would throw the football around every now and then, but most of the time they were on their bikes. Zae and Zack would always be poppin’ wheelies and doing tricks, just havin’ fun.

And, man, those backflips — always with the backflips. Those kids scared the crap out of me because our fence was really tall. But they’d climb up on it, balance on one leg and then, like it was nothing, hit a backflip off it. Impressive stuff.

At one point, we met Zack and Zaevion’s mom, and she asked us whether the boys were bothering us.

I told her that it was great to spend time with her boys — to see how hungry they were, and how innocent. They were just loving life and having fun. They helped break me and my friends out of our routine. Seeing them gave us encouragement to do what we do, because those boys loved football and they were trying to get to the level we were at. To see how excited they were to be around us, that pushed us even more and made us work even harder just so we could show them that we were doing the right thing.

They’d tell us about what was going on at school and talk about different things that they encountered. And we just tried to give them some advice and pass along the things we had learned over the years.

When they got a little older, Zae and Zack would always come out to my football camps in Knoxville. Shoot, we would have to pick them up sometimes and take them to the camp because they didn’t always have a ride. But we made it work.

When I got drafted by the Chiefs, I would still come back to Lonsdale to visit with them.

We were real close.

It wasn’t one of those athletes-giving-face-time-to-some-kids type of thing. They became my friends.

Throughout my pro career, Zaevion, Zack and I all talked pretty frequently — especially during football season, because those guys always wanted to tell me their stats.

I loved gettin’ those calls. Hearing from those kids would always make my day.

It was late on the night of Dec. 17 of last year, three days before we were set to play the Ravens in Baltimore, when my phone started ringing.

It was Zack, so I picked up right away. He has always been a jokester, always the kid talkin’ smack and kidding around. But this call was no joke.

He was sobbing — just straight up sobbing.

For a while, I couldn’t even understand what had happened because he was crying so much, but in between the sobs, Zack was able to tell me that Zae had been shot. He called me right after the shooting happened — he was there, he saw the blood — and you could just hear how hurt he was.

Zaevion, Zack told me, was dead.

When I heard that, my heart sank.

Zae was only 15, and he was a good kid. Better than that: a great kid! He was a role model — a caring, kind person. Now he was gone? Just like that?

He died, I found out later, while shielding two girls from a hail of bullets fired randomly into a crowd of teenagers in Knoxville after an earlier shooting that had nothing to do with Zae. 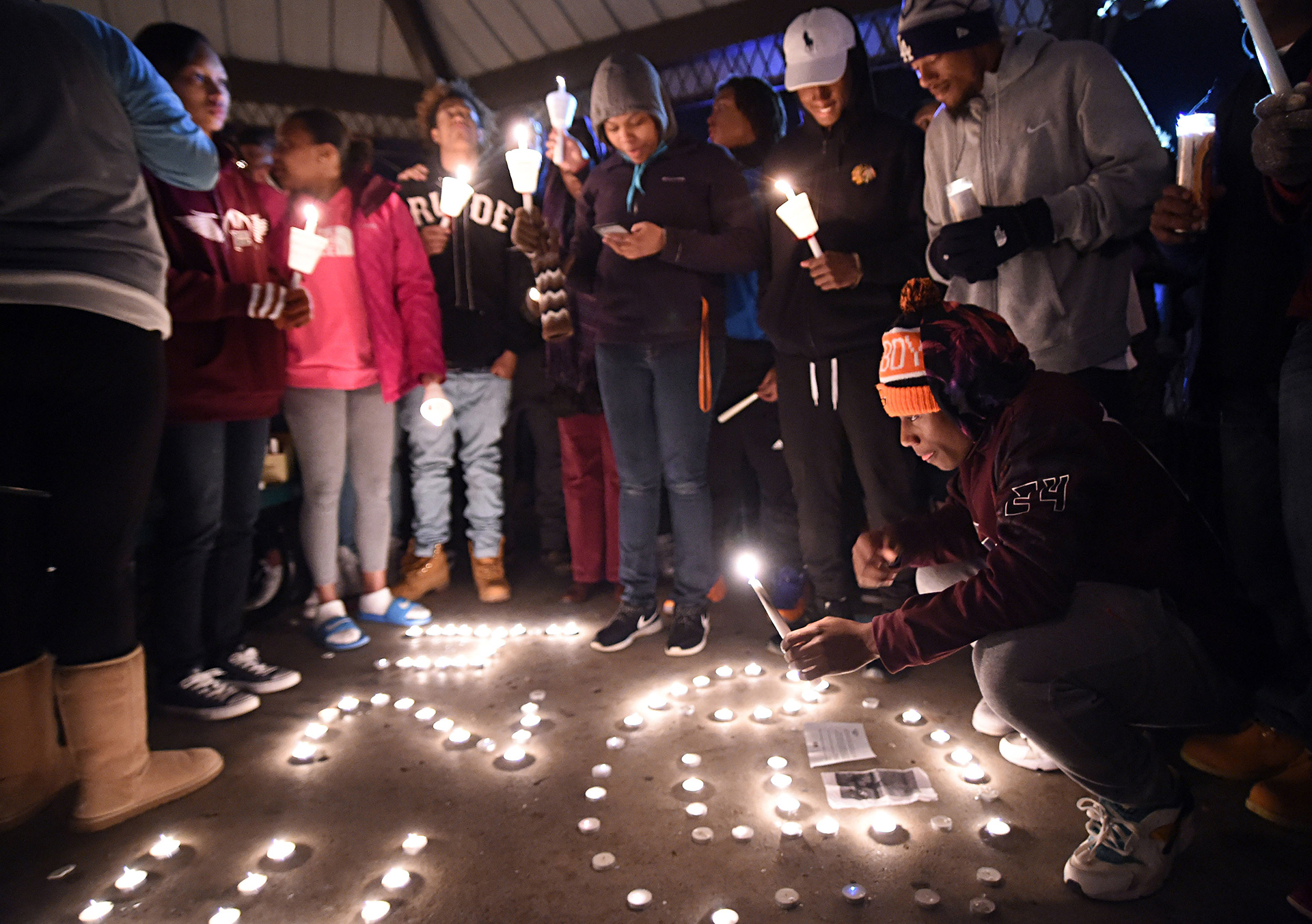 He saved his friends’ lives. He died a hero.

But, at the end of the day, Zae had still died. Tragically. Senselessly. And his brother was on my phone just … suffering, right after the whole thing went down.

I had to do everything I could to keep it together, because this one hurt. Bad.

It broke my heart to hear Zack crying on the phone that night, and to know that his brother was gone forever. And that’s not the type of thing you can just forget about or move on from.

So I’m not afraid to admit that I really wasn’t feeling the Ravens game that week. I was just thinking about Zaevion the whole time. It was hard to deal with.

I just kept asking myself, Is he really gone?

Zaevion was always kind of quiet in his own way. And that made him stand out, because all those Lonsdale kids were talkative. Even when he was little, Zack would come by the house talking trash and saying he was better than us. It was hilarious.

Zae, though, he was more reserved. He’d crack jokes sometimes, but out of all of them, he was one of the more quiet ones.

He had his own style, and his own demeanor, and it sort of separated him from the others. He walked with a lot of confidence, and when he smiled, you could tell it was genuine. Sometimes you had to force him to smile, but it was genuine every time. And it was always so good to see Zae smile.

He sort of walked his own little path, and he was a joy to be around. He did his own thing.

And what Zae did on that night last December was one of the most courageous things ever.

To me, courage goes hand-in-hand with fear. Courage is being scared and still pushing forward. It’s saying, I’m going to go at this wall of fear, even though I’m scared to death, and even though I don’t know what’s going to happen.

That’s what Zae did. He showed true courage, and it’s just so sad that he lost his life doing it.

This is definitely one of those situations where we all feel like, Why him? All of his friends and family, we all still wish he was here. But what he did will stay with us for the rest of our lives.

It takes a lot of heart and courage to think about someone else in the situation he was in.

In that moment — with bullets flying — the first thing he thought was, I need to protect my friends.

It wasn’t, Let me run, or, Let me save myself. And those responses are basic human instincts — self-preservation, save yourself.

When something like what he was faced with happens, all anyone is ever thinking is, Run! Or Get Down!

Zae’s first instinct was to save his friends. That is just amazing to me.

Bullets whizzing by, a whole bunch of mayhem, no one knows what’s going on, and this boy makes himself into a human shield. 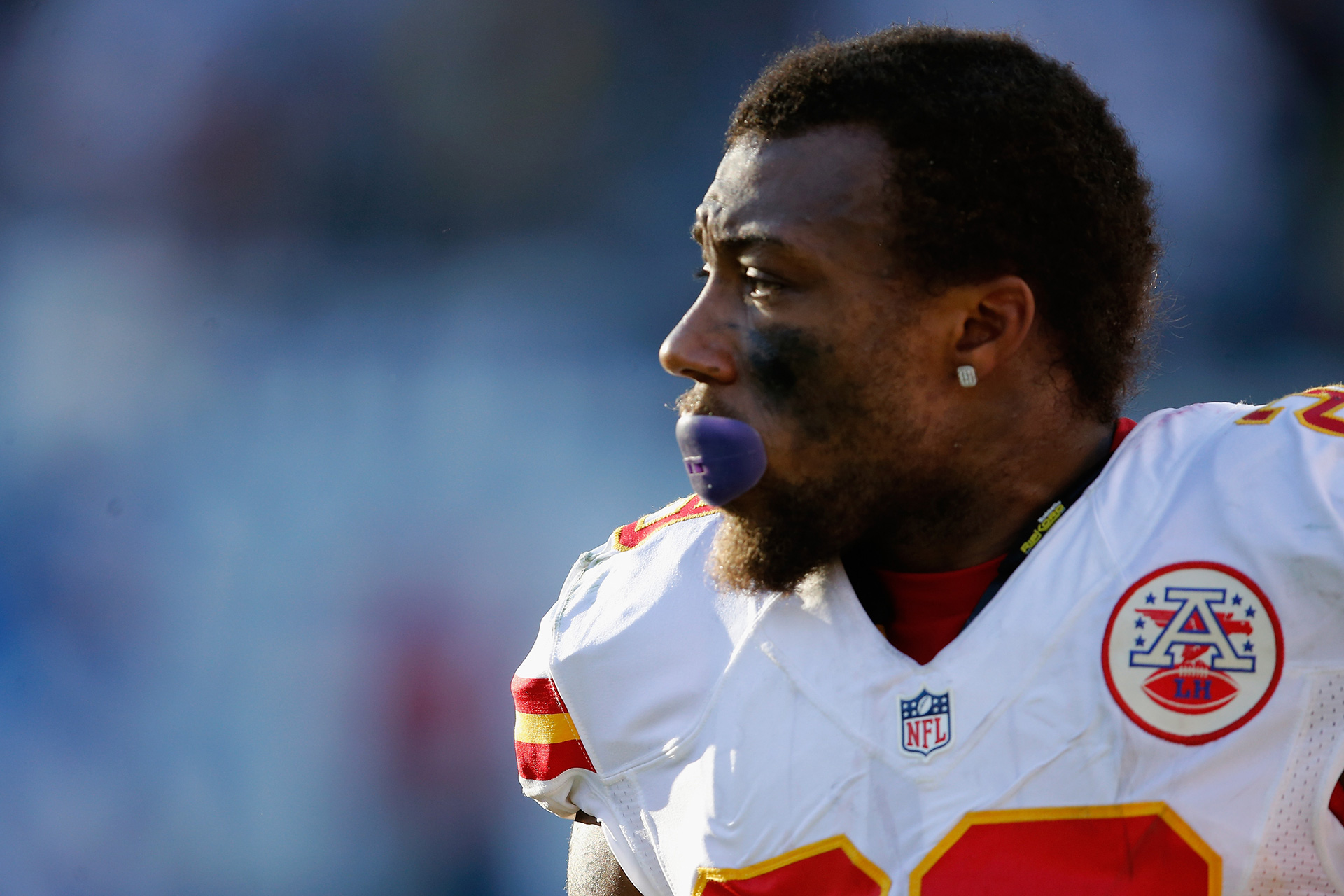 People say all the time: I’d die for you. It’s something you hear. And it’s easy to say … but Zae did it.

He actually did it!

I mean, I can’t even really say too much about that.

It speaks for itself.

And it speaks volumes.

It is truly an honor to have known someone of Zaevion’s character. Being just a small part of his life and seeing how much he grew over the years, and how much he was loved by his family and friends was wonderful.

Everybody loved Zae even before all of this happened. The fact that this tragedy occurred has just shed light on how he has been his whole life. If you talk to his family and friends, they’ll tell you that he was always that person who was selfless. If you needed him, he was there. He always put others before himself — whether it was in school, on the field, or in the community. And that is a rare thing to see these days.

The fact that his life was taken away in an instant is beyond awful.

I just got through with a battle with cancer, and I can’t even possibly put into words how precious life is. I just fought for my life for six months, and it took a lot. It took so much for me to bounce back and be back to the point where I am now. Doing that, and just being able to see firsthand how precious life truly is, makes it especially hard to fathom that someone like Zae could lose his life so quickly.

I just want people to know what an inspiring, courageous person he was. Tonight at the ESPYs, Zae was honored as the 2016 recipient of the Arthur Ashe Courage Award. It’s a wonderful and well-deserved tribute, but for those who didn’t see the show my hope is that this piece will encourage them to appreciate everything they have and how suddenly it can all be gone. The way Zaevion lived — and the way he died — should help us understand that life is precious.

I realize that every day, in part thanks to him. And I know Zaevion’s legacy will live on and on and on.

I miss him dearly, and I’m just thankful that I had the chance to know him.