Why I’m Going to Rio

Whenever I need a small confidence boost, I can drive to my parents’ house in Newton, Mass. It’s easy to get to — only about seven miles from my place in Cambridge — and my room is still there, with all my old furniture, my rowing medals, and the poster of Tom Brady that hangs over my bed. There, on my dresser, is a small paper single scull, complete with a rower and a pair of oars. On the bow is written 2012 OLYMPIC WINNER. That tiny, little boat brings a smile to my face and, whenever I need it, gives me a lift.

I got the boat as a gift at one of the toughest moments of my life, just after I had failed to qualify for the 2008 U.S. Olympic team. At the time, I was working as a counselor at Camp Onaway, a girls’ camp in Hebron, N.H. I first went to Onaway as a kid in the mid-1990s, and I was a counselor there in 2004 and ’05 before taking the next two summers off to row with the national under-23 team. I returned to Onaway after I was left off the roster for Beijing. While I was sailing around Newfound Lake with young campers, my peers who had made the U.S. team were competing at the Shunyi Olympic rowing facility. I was about ready to hang up my oars. I had lost all confidence in myself as a rower.

That’s when a camper gave me the little boat as a vote of confidence — my girls believed in me even if I wasn’t sure I believed in myself. When I returned to rowing recreationally in the fall of 2008 at the urging of my dad, that little boat helped me to dream of the Olympics again. And astoundingly, it foreshadowed much of what was to come. The eight years since it came to me have been best of my career. I made the 2012 U.S. team and competed at the London Games in the women’s single, finishing seventh (which in rowing means that I won the B final). I finished fourth at Worlds last year, and in March I made this year’s Olympic team. 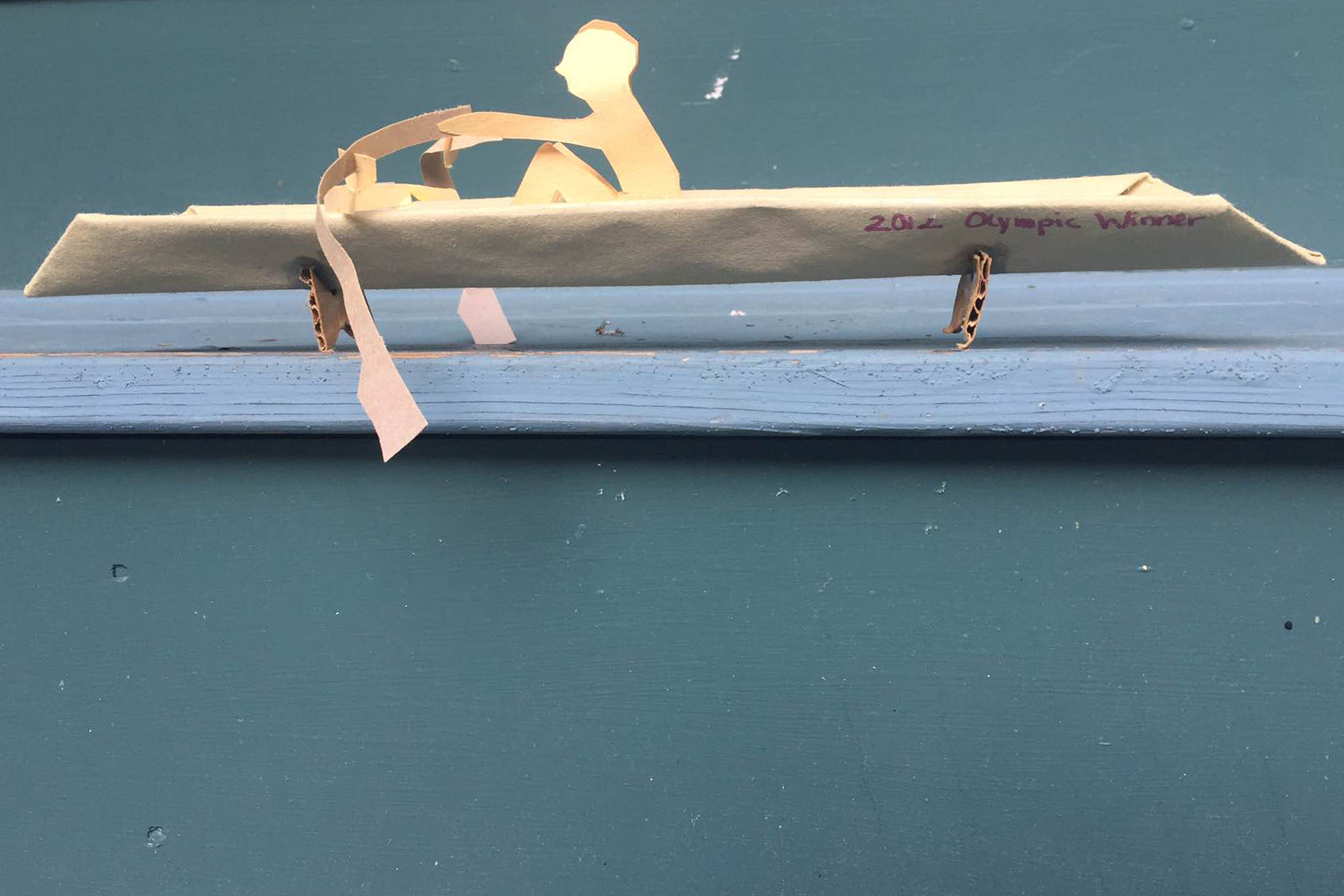 When people ask me if I’ve thought about skipping this year’s Olympics, I think of the whole journey — the commitment, the hard work, the sacrifices and the opportunities that I have let pass — and I tell them no. Not once. I’ve got too much invested in this. I’ve heard about all the problems in Brazil right now (about the Zika virus, about the polluted bay in which I’ll be competing, about the crime and poverty in Rio de Janeiro, and about the political unrest that is roiling the whole country). Both U.S. Rowing and the USOC have been great about keeping our team informed about what is going on. I don’t take any of the concerns lightly. At all. I’m a doctor, and I try to be very rational about everything. But how can I be completely rational about a once-in-a-lifetime (or in my case, a twice-in-a-lifetime) opportunity like the Olympics?

I understand why some have chosen not to participate. I know that some famous male golfers have decided not to go to Rio. They are men with serious salaries, and they made their choices under very different circumstances than what many Olympians are facing. For most of us, especially for rowers, the Olympics is the biggest stage on which we’re ever going to perform. I don’t say that in any sort of complaining way. I love what the Olympics mean to rowing! I simply think that those of us who are from sports where the Olympics are the pinnacle of competition look at the issues in Rio differently than professional golfers — for whom an Olympic gold medal would be prestigious, but for whom a Masters victory would be even more prestigious — when considering whether to compete.

I was born to be a rower. My mom, Lisa, finished seventh in the quadruple sculls at the 1976 Olympics in Montreal, and my dad, Gregg, was the top-ranked single sculler in the country in ’80 and would have competed in Moscow had the U.S. not boycotted the games. Both were on the U.S. national rowing team from 1977 through ’79.

I actually played soccer and lacrosse my freshman year at the Winsor School, an all-girls prep school in Boston. It was what my friends did and what I had done growing up. Because I was tall and relatively uncoordinated — and because I had rowers as parents — I knew that rowing might be a better fit for me, but I wanted to forge my own path. After one season of high school soccer, thought, it was clear that I was pretty horrible. I switched to rowing in the fall of my sophomore year, and after one more season of lacrosse, I began rowing in both the fall and the spring. My mom was my coach. We won nationals my junior year, and that opened the door to Princeton, where I rowed in an undefeated eight as a freshman and a junior.

When I didn’t make the 2008 Olympic team, my father was the person who got me back out on the water. He didn’t push me. He just suggested that we go out on the Charles River together. It’s more fun to work out with company, especially when you’re putting yourself through a hard practice. My dad made some adjustments to my technique, and he also made things challenging in a fun way. He was faster than me the entire first fall until the last hard workout we did together. I think we were doing two-minutes-on-one-minute-off, or some shorter pieces, and I beat him. We were just upstream of the Arsenal Street Bridge and I was … a little bit in shock and a little bit giddy and a little bit unsure of how I should react, about what I should do. He was great about losing, though.

That fall of 2008 was the turning point for me. I won the Head of the Charles in the women’s single — and I won it five more times in the next seven years.

Rowing was a great diversion for me while I continued my studies. I graduated from medical school at Tufts in 2014. My goal is to be an orthopedic surgeon, but I’ve put applying to residency on hold until after the Rio Olympics.

Even though I’m a doctor, I’ve only had a little training in tropical infectious diseases — and all of it was before anybody knew anything about Zika. I get daily American Medical Association emails, and a lot of those have been relevant to the virus. I definitely am aware of it and staying up to date on it as much as I can.

There was a lot of concern last year after the rowers on our junior national team got sick at the Junior World Rowing Championships in Rio. I heard a lot of different perspectives on what happened there. Some reports attributed the illnesses to the pollution in Lagoa Rodrigo de Freitas which is where I’ll be competing next month. But, I don’t think the team doctors were ever really able to pin down one source. I think a number of the team members had gone swimming on the beach. It’s hard to keep track of whether people are practicing good hygiene. Like were they remembering to keep their mouths closed in the shower? There are so many variables that it’s hard to tell what was going on. 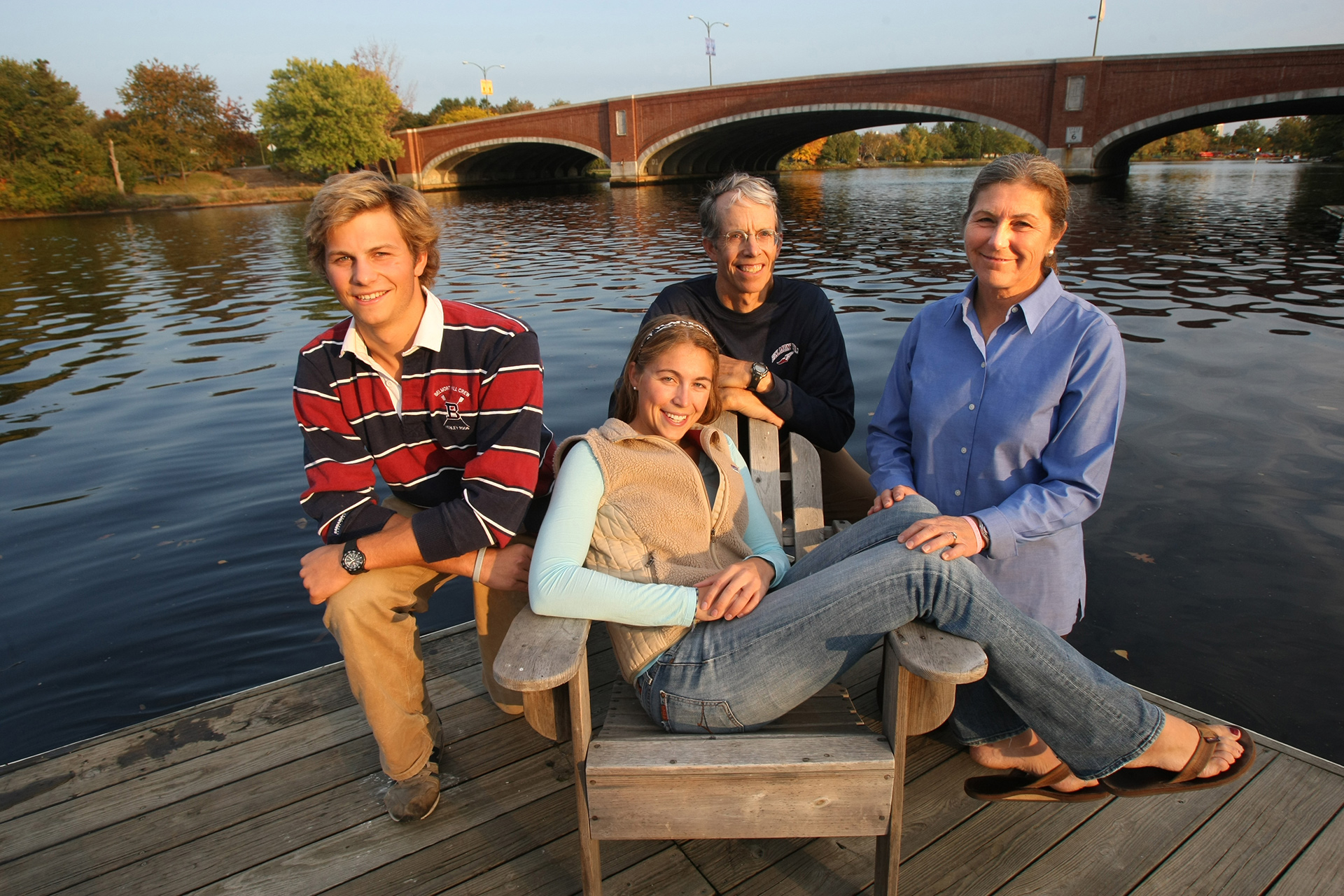 What am I going to do to avoid getting sick in Rio?

First of all, I know plenty of people who have rowed down there recently who have not gotten sick. I’ve talked to a number of friends who compete for other countries. The Kiwis, the Canadians, the Aussies and the Dutch all have been to Rio on separate occasions for training. Most of them were there last fall. They all took precautions with the water, both in the lagoon  and in the hotels where they were staying. The primary precaution that they took was to not come into contact orally with the water. None of those teams had issues with illness during their training trips.

The thing I’m most concerned about in Rio is the water bottle that will be with me in my shell. I’ll be putting that bottle into a Ziploc bag so that there’s an extra barrier between what my mouth touches and what the water from the bay might possibly touch. I’ll also be wiping down the handles of my oars with hand sanitizer after every practice — that’s something some teams that row on dirtier bodies of water here in the U.S. do too. It’s not unheard of in the rowing community. Mouthwash is another thing that some teams are doing. Does it help? Maybe. Does it hurt? Definitely not. Why not use it?

I leave for Rio on July 29, with a stop in Houston. All the U.S. team members are going through Houston for processing. We’ll be there for roughly 24 hours. The 29th is one of the last dates possible for us to go through processing, and that was a conscious decision on the part of my dad and myself in order to delay our travel for some reasons that are unique to Rio. For example, getting sick with some sort of G.I. issue. The less time you’re there, the less risk you face.

I will be in Rio for a week before my first race, which is the morning after the opening of the Games. Because of the timing of the race, rowers don’t participate in the opening ceremonies. I remember that surprised some of my friends when I went to London, but rowing has to come first. In 2012, I went to bed before the athletes started marching in. It’ll be the same deal in Rio.

I am sad to miss the opening night and the lighting of the Olympic flame. In fact, my first Olympic memory is watching the opening ceremonies for the Winter Games in Lillehammer in 1994. I watched the torchlight parade going down the mountain on a little TV at a friend’s house. It was magic.

When I’m done, I’m not coming straight home. I’ll be staying in Rio and enjoying the rest of the Games. I’m going to the closing ceremonies for sure. I wouldn’t miss those. This is almost certainly my last Olympics. I want to soak in as much of the experience as possible.