A Message to Red Sox Nation

The playoffs start tonight. You ready? I know you’re ready.

I know exactly how you feel right now. You wanna know something? Before I was a Red Sox player, I was a Red Sox fan. For real. Well, let me tell the whole truth so my mom don’t get mad at me. When I was a kid, I loved the Atlanta Braves.

Come on, don’t get mad at me. I grew up in the ’90s! In the Dominican in like 1995 you could really only watch the Braves or the Yankees on TV. The Yankees? Nah, come on.

But when I got signed by the Red Sox in 2000, that was it. From that day on, I was like the biggest Sox fan in Samaná. I had never been to Boston. I didn’t really know where Boston was. It looked cold. But it didn’t matter. For real, from the day I signed it was like the Red Sox were Tigres del Licey, my hometown team. 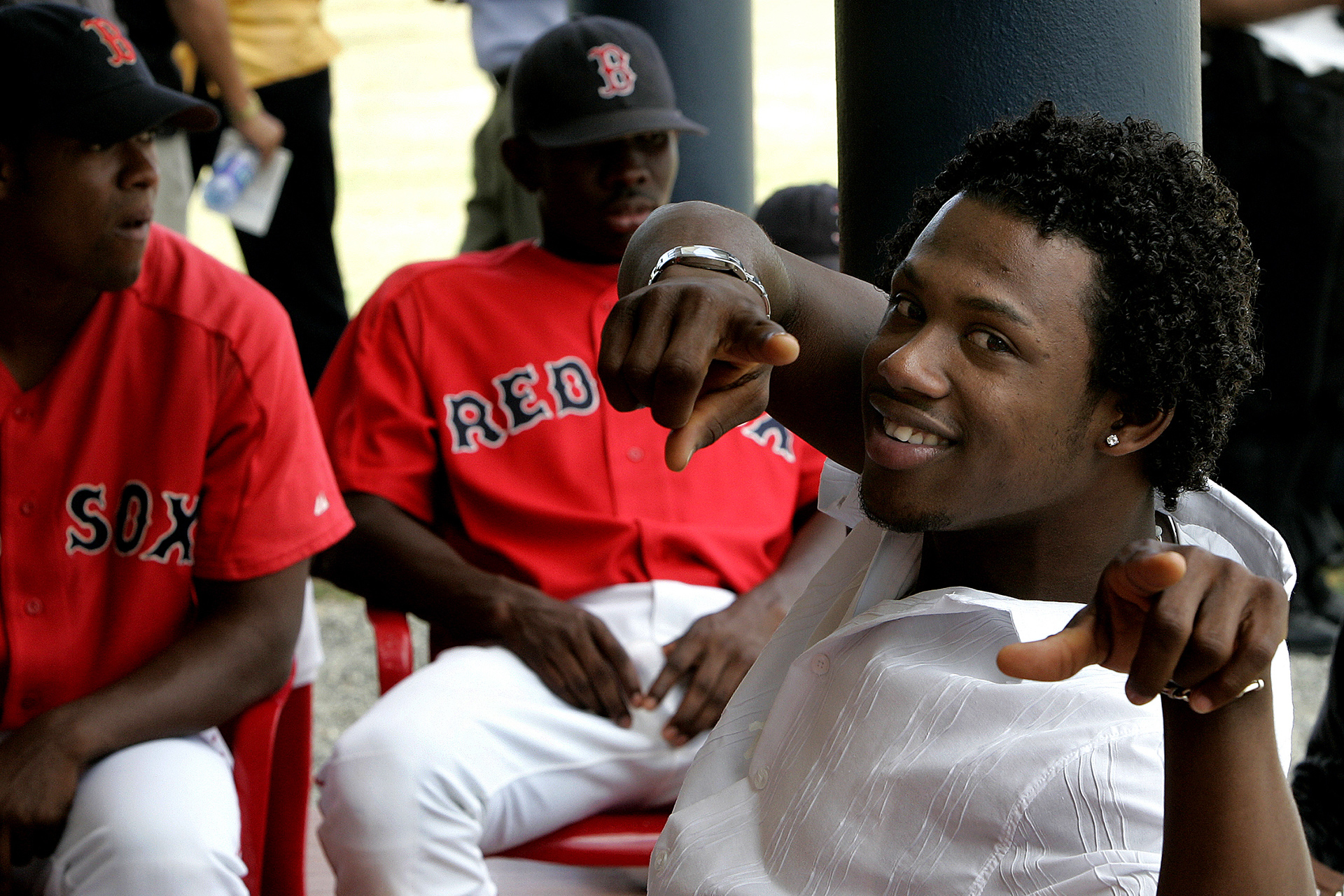 My only dream was to get to the big leagues and play for Boston. That was it. Nothing else mattered. The thing was, I could only see a little bit of the Sox on TV back home. So when I started playing minor league ball in the States in 2002, I was watching the Sox all the time. I’d get home from the park and I’d turn on ESPN, and my boys would be like, “Why you watching baseball, man? We just played baseball for nine hours. Come on.”

It didn’t matter to me. I love two things. Baseball and fishing. That’s all I did. It’s still all I do. My family gets mad at me because I come home from a game and I start watching baseball. Not like a highlight — I start watching a whole game. My wife is looking at me like, You’re crazy.

When the Sox came back on the Yankees in the 2004 playoffs, I was playing Double A ball in Portland, Maine. I watched every game.

I remember Game 4, 12th inning, Fenway. This guy David Ortiz steps up to the plate and hits the walk-off homer. The fans are going crazy. I’m going crazy. It looked like a winter-ball game in the Dominican to me. That’s how wild the fans were that night.

I watched that whole series, dreaming like, Alright, I’m close. Someday, I’m going to be there at Fenway playing “winter ball.” 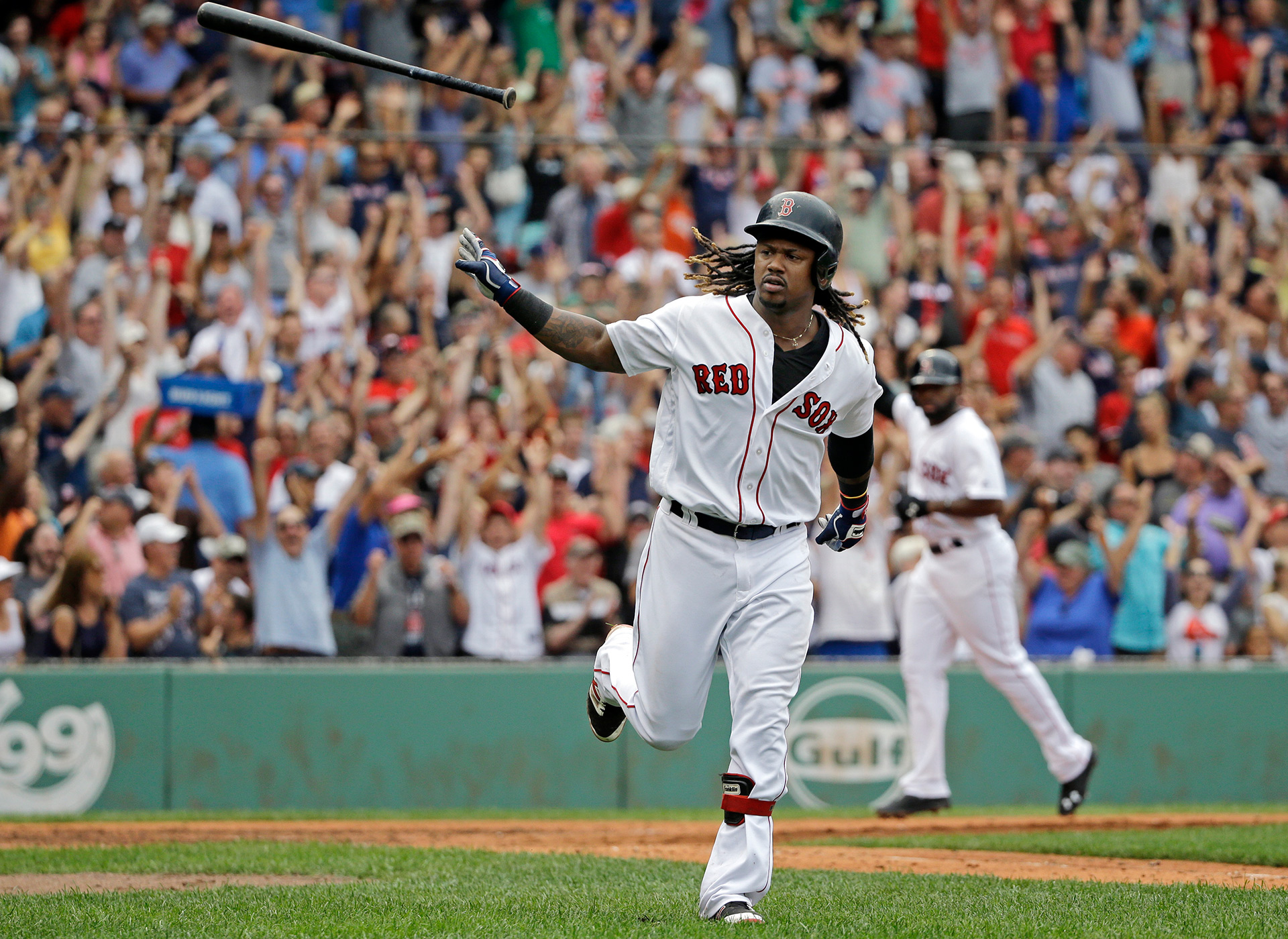 It took me 12 years, but I’m finally getting a chance to play playoff baseball at Fenway. I’m just really happy to have that opportunity after how last season went. You know, in spring training this year, we all got together and set one goal: Get David a ring in his final season.

That probably seemed crazy to some people after we finished in last place, but you gotta understand something about David Ortiz and what he means to people. Before I came to Boston, whenever I would go to a dark place, I didn’t have anybody to pick me up. David changed my career, my life and my personality a little bit, too. He’s like a big bro to me. But it’s not just me. It’s everybody.

David will walk up to you in the clubhouse before a game and give you this look. He won’t even say anything. He’ll just look at you up and down and raise his eyebrow.

The next day, he’ll come into the clubhouse with a box for you. Like Santa Claus. Maybe it’s a watch, maybe some shoes. He’ll just give you the look like, Nah, that’s not gonna do. Next day, presents. 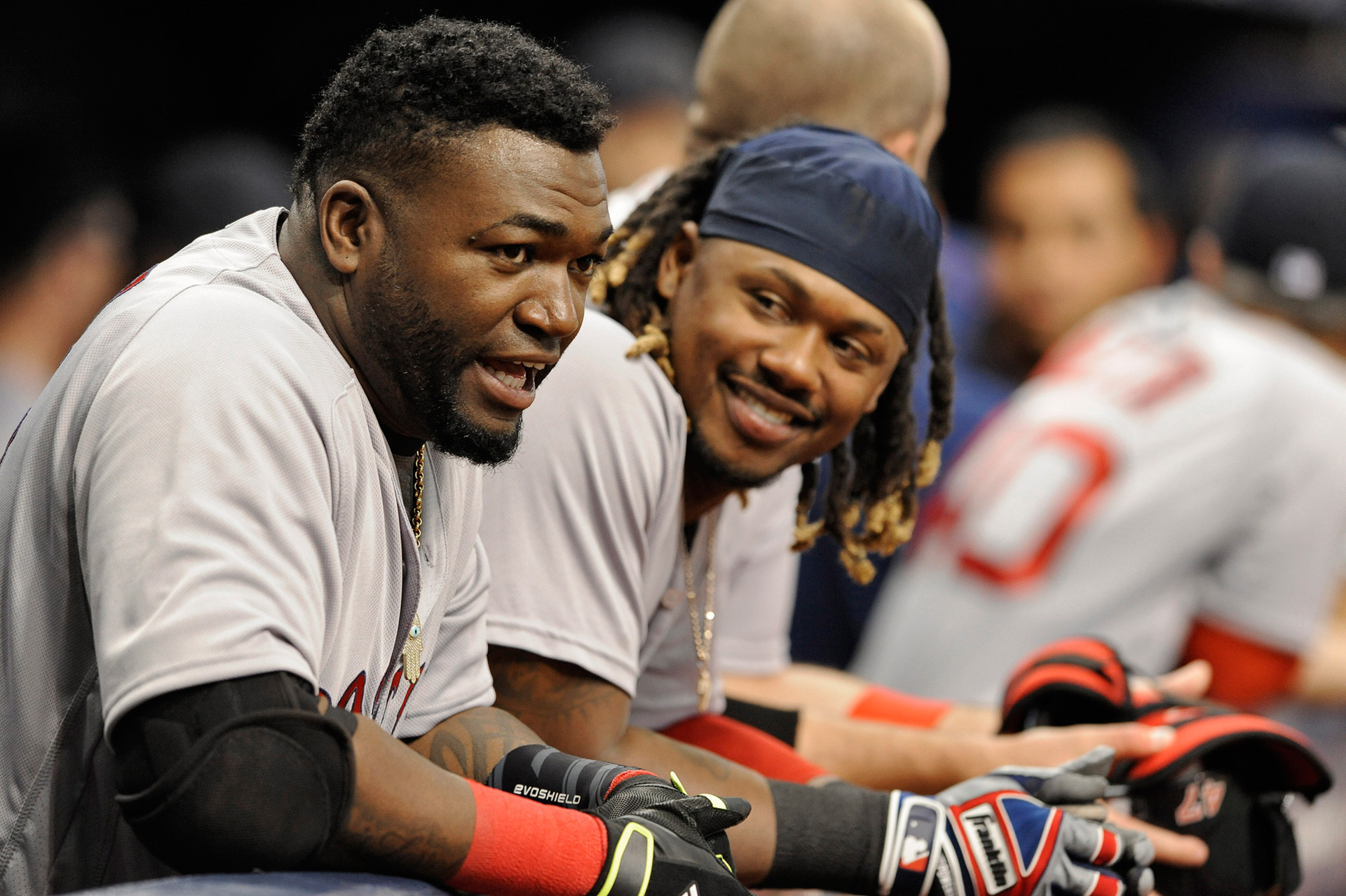 David brought me a whole cheesecake one day just because he thought I needed it. Randomly. Like he really walked in The Cheesecake Factory and got it on the way to the park.

Not his assistant. Not his homeboy. David did it, just because.

You see what I’m saying now?

He’ll just look at you and notice something is wrong, and he’ll do anything he can to fix you up. It’s the same thing on the field. If I’m struggling, he’ll watch me hitting for a minute and then say, “Come on, bro, let’s go to the cage.”

We go to the cage and he tells me what I’m doing wrong.

It’s always simple. He doesn’t fill my head with too much.

And I know what he means. That’s it. Hitting is not so much about thinking. It’s about feeling.

David will look at you and say, “What are you feeling today?”

It’s hard to describe it unless you’re a ballplayer, but to have him to talk to every day about hitting is really special. 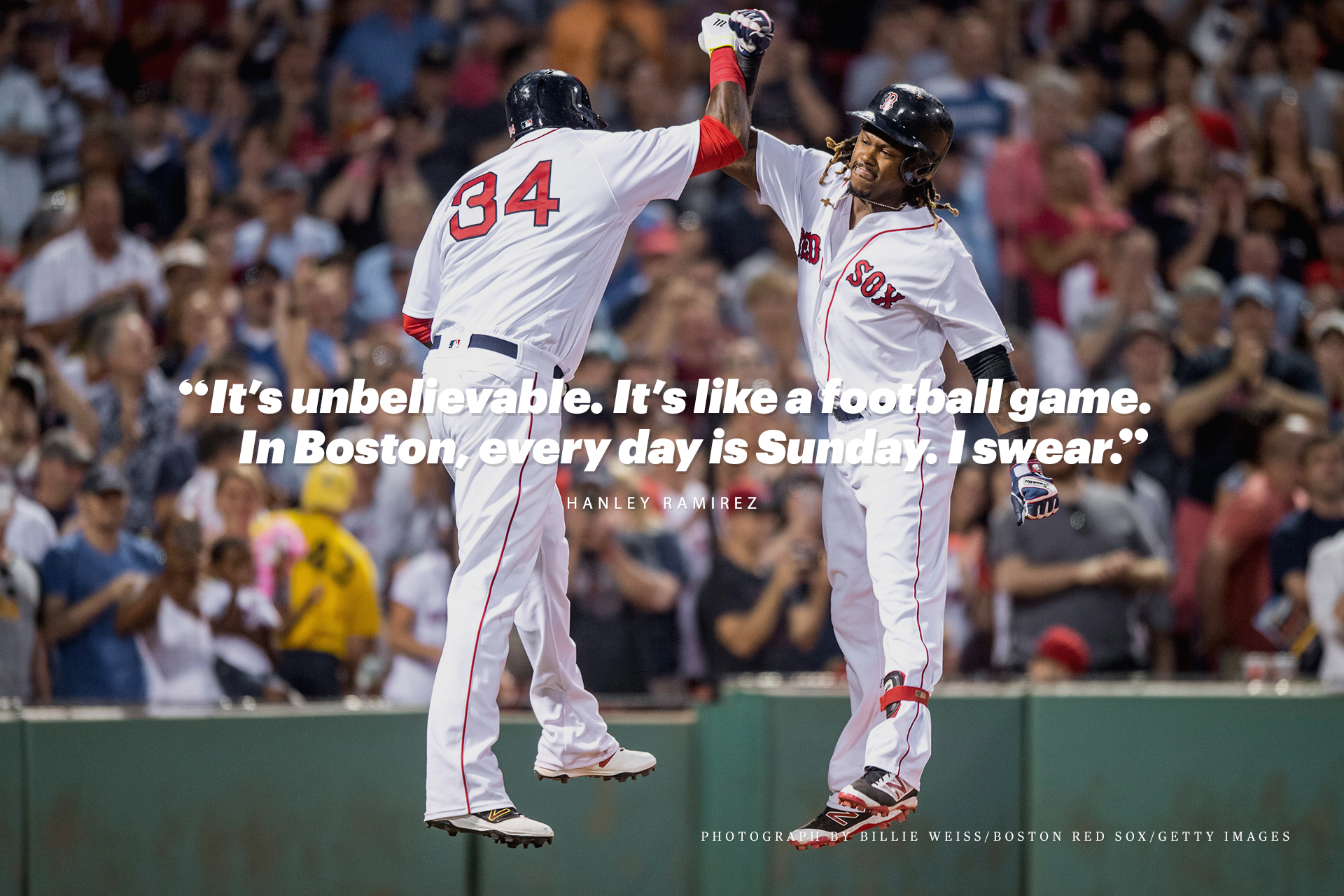 People say he’s old, but he don’t look too old to me when he’s dancing around the clubhouse every morning. Papi can dance, man. Don’t be fooled.

We don’t know what’s going to happen in the playoffs. You can never know. But we just want David to go out happy, because he makes everybody in this clubhouse happy.

So here’s my last message to you, Sox fans …

You guys are always crazy. When I leave my house for a game and drive to Fenway, the streets are filled with people in Sox jerseys at like 3 p.m. It’s unbelievable. It’s like a football game. In Boston, every day is Sunday. I swear.

I know you guys are gonna be loud. That’s no question. But I want to hear some winter-ball noise, you know what I mean?

We don’t know what’s gonna happen, but you got a team here that never gives up. We got 25 names, but we’re all one person. We are gonna do our best so that David can go out dancing.