The Best Team I've Ever Known

One summer day in East Rutherford, N.J., a fire started inside of me.

It was June 19th, 1999, and the Women’s World Cup was about to begin. Along with my youth soccer team, I was on my way to Giants Stadium to watch the U.S. national team open the tournament against Denmark. I remember the car ride vividly. Truthfully, I was more excited to see ’N SYNC perform the national anthem than I was to see the game. In the parking lot we tailgated, we juggled and passed a ball around, and blasted some “I Want You Back.”

Inside the stadium the crowd was unbelievable. Mia Hamm scored a stunning goal to open the match, and the place went nuts. Even 14-year-old me got a little emotional. That team in ’99 put women’s soccer on the map. They captivated a nation.

It’s hard to believe, but only three years later I got called up to go play with some of those same players. I’ll always remember my first trip with the national team. My parents and childhood best friend drove me to the airport to meet the team for a flight to Portugal. I didn’t even have a credit card to check my bag.

Kristine Lilly shook my hand when I arrived, and I went from there. 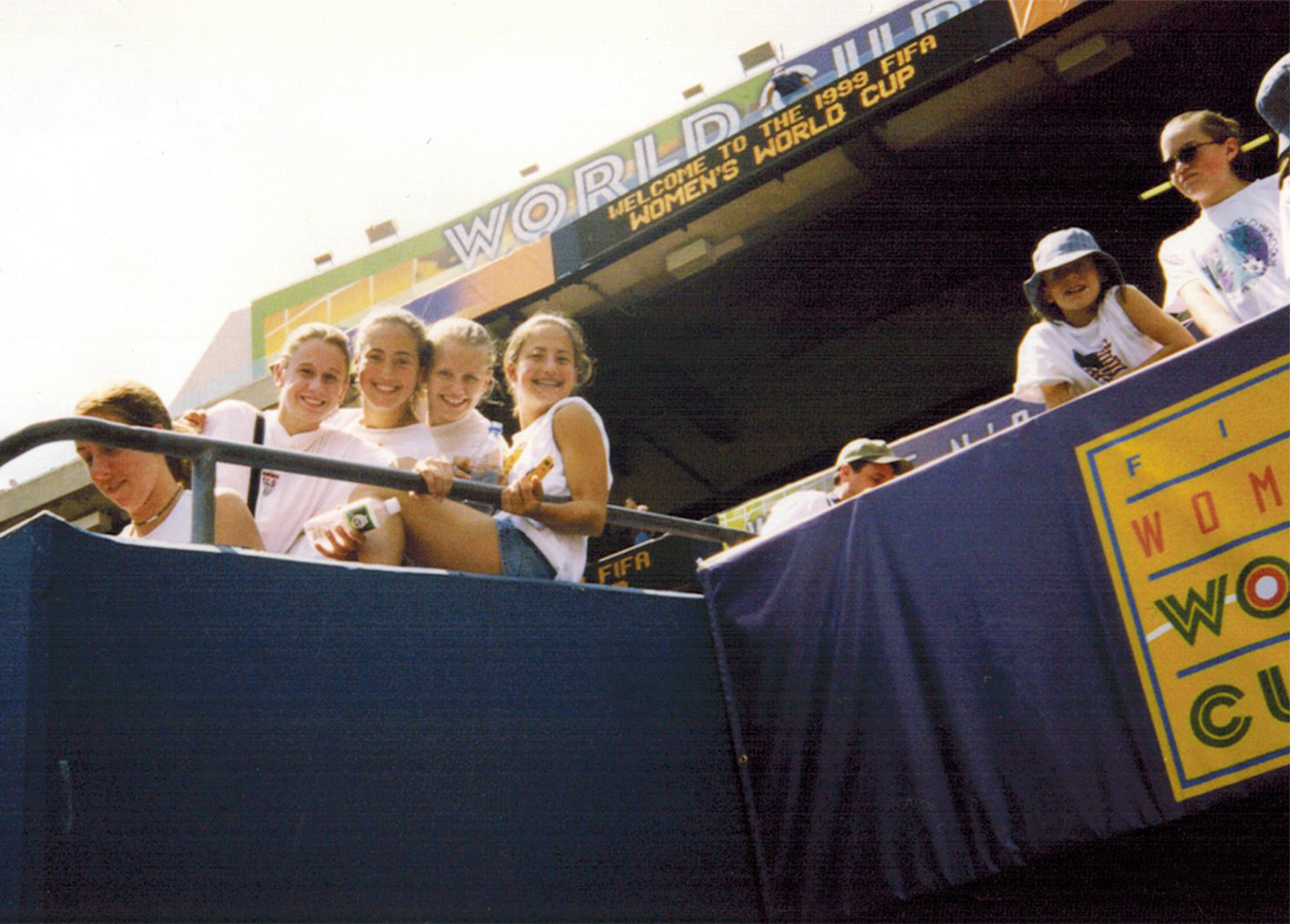 When Mia tweeted about my retirement announcement last week and called me a legend, I laughed at the irony. Her message made me think back on the nearly half of my life that I’ve spent as part of the U.S. Women’s National Team.

Anyone who has seen me play, or even seen a picture of me play (yes, the “game face”) can see my passion for soccer. What can I say? I wear my heart on my sleeve. Because that sleeve of that jersey, on this team for this country, is sacred to me. And tonight against Thailand, I will wear it for the last time.

I have had countless memorable times with this team. Winning three Olympic gold medals and a World Cup are certainly the highlights, and my personal statistics are interesting to look back on. My assist on Alex Morgan’s game-winning goal against Canada in the semifinals of the 2012 Olympics, and the game-winner I scored against Germany in the 2004 Olympic semis may go down as the moments people remember me for, but it’s the other times, those moments in between the titles of my National Team tenure, that are equally as meaningful to me.

The incredible notes from fans; the last second dramatics that we all remember so well; the team huddles; the dance moves in the locker room (if you’re wondering whether I’m a good dancer, listen to your gut, I’m not); the hours spent at team dinners talking about ridiculous things, and really important things, too; the ticker-tape parade in New York City after we won the World Cup, just miles away from where I was sitting and dreaming as that young kid.

I have traveled the world – and I have grown up – on this team.

Don’t get me wrong, not every single day of my international career was rosy. And not every day for the U.S. Women’s National Team was perfect either. This life isn’t for anybody, or any team.

My teammates and I have fought some hard battles, on the field and off. We’ve won a lot of games, and lost some, too.

I’ll remember the tough times, because you learn a lot about yourself when you’re faced with adversity. That is why this game is so amazing: it literally provides minute-by-minute opportunities to decide how you want to live. The good thing about tough times is that they make the truly extraordinary moments stand out even more – and damn, did we have a lot extraordinary moments. 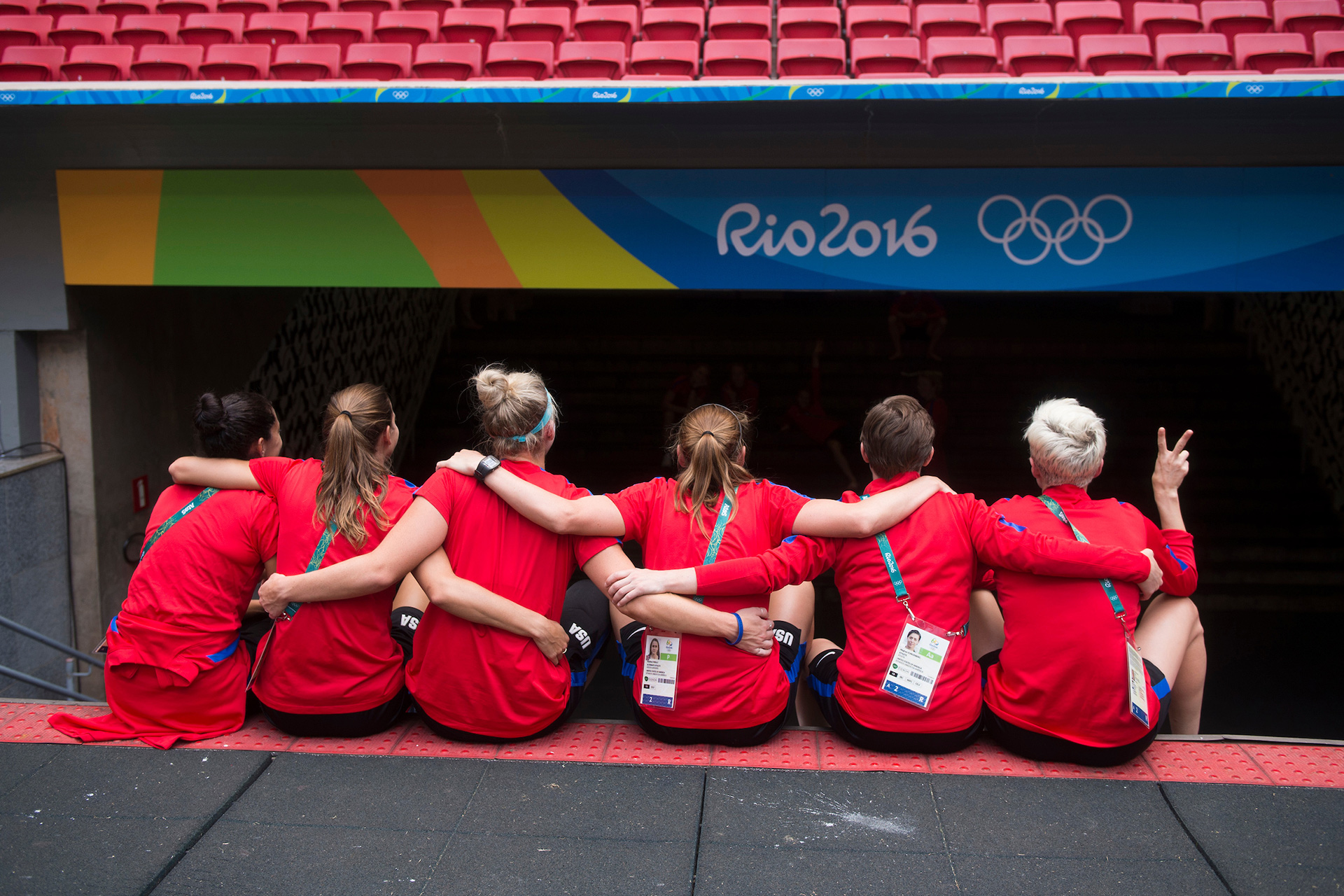 I will always remember that game many years ago at Giants Stadium. I feel like I lived out every bit of that dream I dreamt way up in the stands that day.

But it’s the people along the way, the ones who help get you to where you are, who make you realize just how far you’ve come.

My family was always my biggest source of support. My mom and dad were the perfect “soccer parents,” and I appreciate them more than they know. To my husband Dave, thank you for never letting me forget how special I am — and that one time you beat me in one vs one.

I have also had some phenomenal coaches and mentors, each of whom contributed something to my national team career. I am grateful to Phil Peterson, Charlie Naimo, Mike O’Neill, Anson Dorrance and the entire gang at North Carolina, and my national youth team coach, Tracey Leone, who taught me that it’s an honor to wear the crest, and that “Unity, Strength, and Attitude,” is not an outdated mentality.

Thank you to all five national team head coaches I played under. Dawn Scott, thanks for helping me embrace “ultimate beast mode.”

Thank you too to all my coaches, teammates, and opponents in Women’s Professional Soccer and the NWSL, because without a strong professional league the national team players wouldn’t be able to compete at the international level the way we do.

Thank you to Vlatko Andonovski and FC Kansas City, for bringing out another layer of love for this sport in me at a very critical time.

And thank you to countless others — you know who you are. 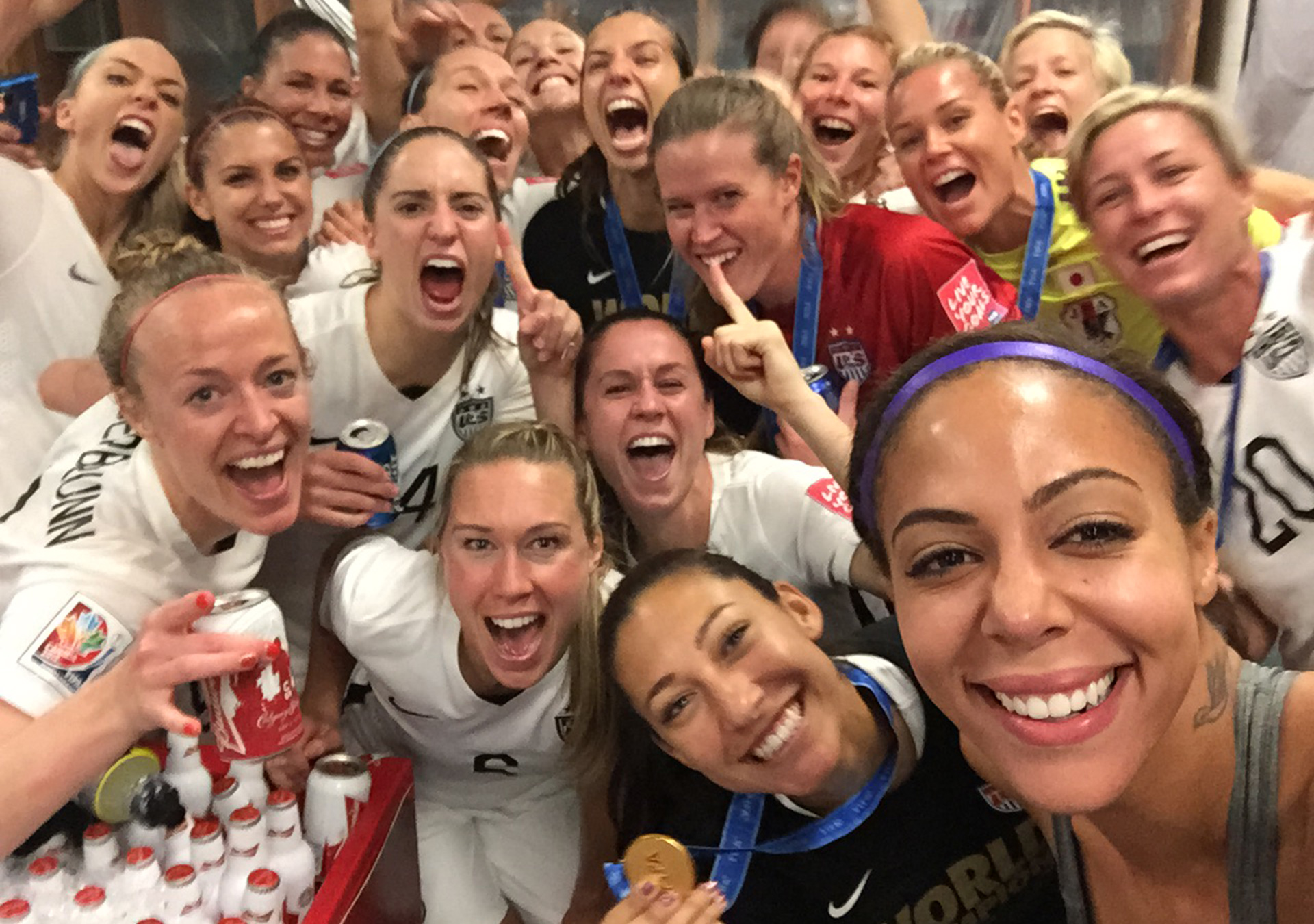 To my USWNT teammates past and present, what can I really say? Being part of this with you has been one of the greatest honors of my life. From the thousands of training sessions where the expectation is to bring your best and compete, because anything less is a disservice to the team. The five vs. five games where friendships got tested.

My time with the team shaped me into the individual I am today, and I will always carry with me the many lessons I learned. I’m proud when people refer to me as a culture carrier and one of  the women who bridged two generations because the U.S. national team crest means so much.

We weren’t — and never will be — afraid to be great.

Thank you to the fans, for your unwavering belief and support and for making it possible for us to be role models.

And to those who are reading this, young and old, who have a fire burning inside of them:  Embrace it. Don’t be afraid to be yourself. Own who you are, live with your heart on your sleeve and dream big dreams.

This game has not seen the last of me. I love it too much.

Thank you all so much for taking this journey with me.