I know what you’re thinking. I don’t blame you. I mean, I’ve been cut twice this year … by the same team. Everyone’s counting me out.

But I’m used to people doubting me. It’s been going on my whole life, ever since I was just an undersized middle child who admired Barry Sanders. Hold that thought for a second, though.

Let me tell you about when I thought my career was over.

It’s Week 12 of the 2013 season, and I’m lying on my back on the field in Houston. I’m at about the 50-yard line, staring up at the roof of Reliant Stadium. I knew something was wrong, ’cause my foot was burning something fierce. I’d hurt it on my first touch of the day, a short completion from Jaguars quarterback Chad Henne. I got wrapped up by Darryl Sharpton and my foot got twisted up in the tackle.

Immediately, I thought: This is it. It’s over.

I get the tests back, and my foot is broken, a fracture that will keep me out four to six weeks, and there are only five games left in the season. I get put on IR and then, after the season, I get cut by the Jags. I had been in the NFL for six years (which is still a long career) but I was so full of doubt that I couldn’t stop thinking that my career might be over. That 2013 Jacksonville team only won four games — if I couldn’t suit up for the Jacksonville Jaguars, who else was gonna give me a shot?

But that’s when my faith — in God and in myself — overcame my doubt. 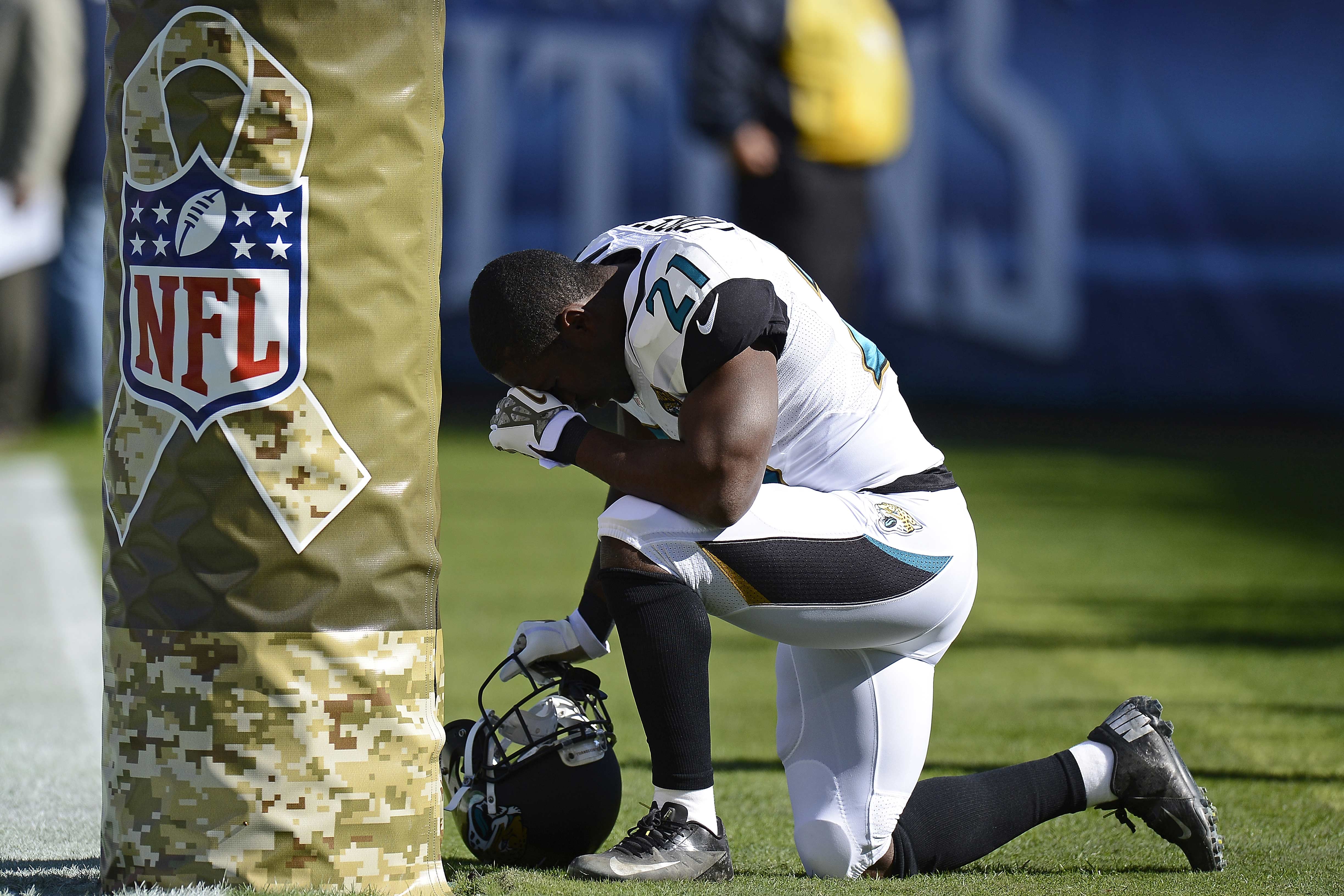 I’ve battled through a lot of adversity in my life. You see, where I come from, Mulberry, Fla., not many people make it out. Phosphate mining is a big industry down there, and most people start working in the mine right after high school, if not before.

At home, I was the second of three brothers, so I felt like I had to fight for everything. I never got the best. And at school I never seemed to fit in. I was always the smallest guy in my grade. My father is a pastor, so my faith got activated at an early age. I began to feel like I was destined for something bigger than mining phosphate, so I started living for a higher purpose, not just for myself. I knew my dreams would work out if I stayed on the path.

We were never financially stable. I remember times when we had no lights in the house because we couldn’t pay the bill and our power got shut off. We had to use candles. We had to wash ourselves with only a few bottled waters shared between the five of us. And we were always running from the repo men — parking our car down the street and walking home so they wouldn’t know where to find it.

At our lowest point, we were basically homeless and living out of a motel, a Super 8.

But guess where that Super 8 was located?

Right by the high school’s football complex. God had a plan for me.

I was in middle school then, and I was lucky that I had sports to turn to because life was getting complicated. I remember, kids used to sneak into the science building and have sex. And our school was right next to the projects, so there were always drugs around. It was a rough environment. People grew up fast.

But, instead of partying, drinking and going out, I would be home doing 1,000 push-ups and sit-ups a night because that’s what I needed to do to pursue my dream of playing football in college.

I also remember reading a book about Jim Abbott back in the day, and learning about how he excelled as a pitcher in the big leagues despite not having a right hand. Y’all remember Scholastic Book Clubs? I used to try to find books about people who had the blueprint for how to make their dreams come true, and then I’d just devour those books.

I was doing big things on the football field in Mulberry, but at the end of my sophomore year, my dad got a job with a church in Arlington, so we moved to Texas. I had to start all over. I had to prove to my new coaches that I was a running back, not a slot receiver or something else. They would say that I was too small or too slow, listing off all these different limitations — limitations I still hear about today. I ended up having a great career at Grace Prep — two state championships and more than 5,000 rushing yards in two seasons.

Still, not many D-I schools were interested taking a shot on me. 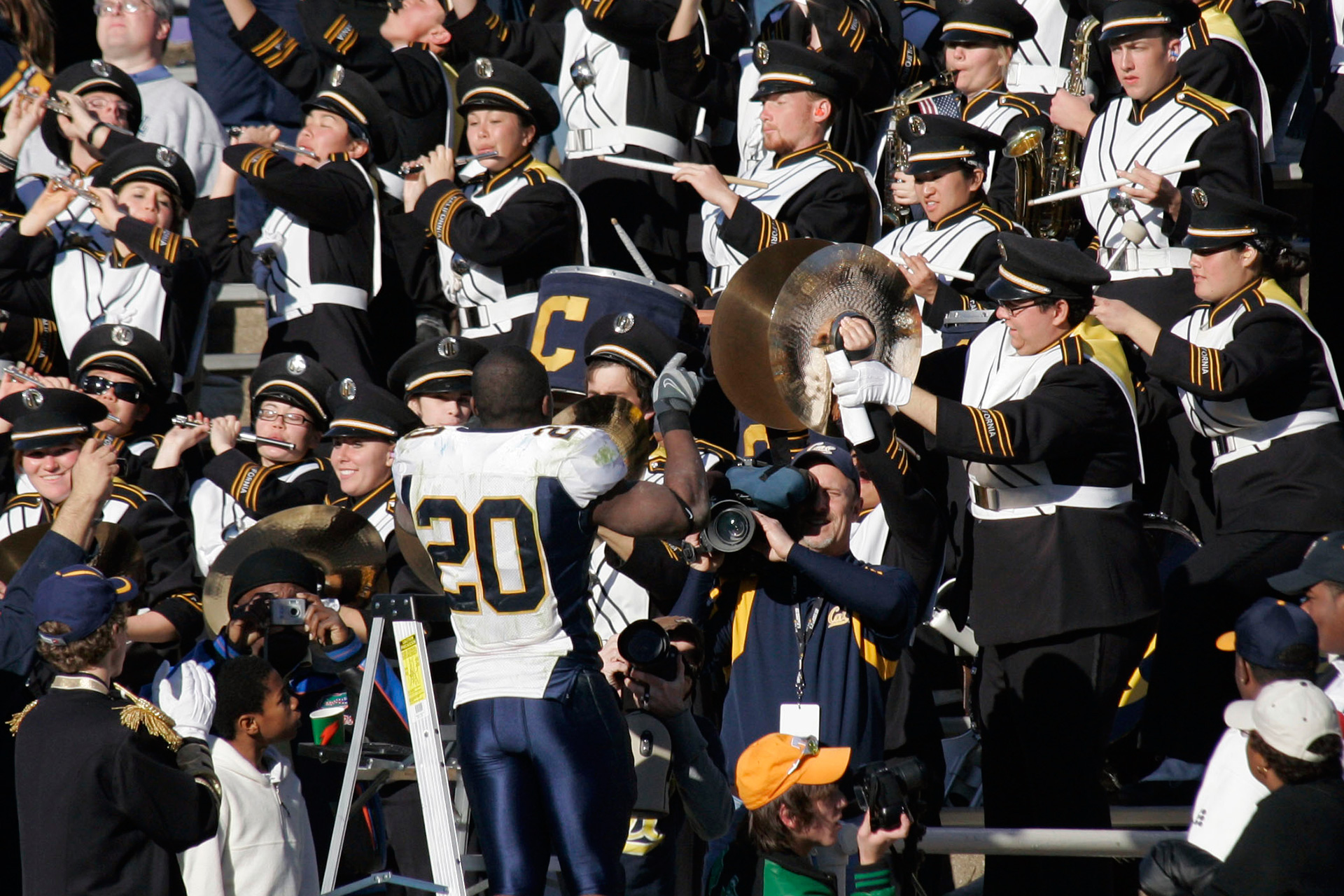 After seeing my tape, the Irish offered me a scholarship (the coach who recruited me says they didn’t) and said they didn’t care about my size. “We like what you do.” That’s what they told me. I was in a state of euphoria. I would play as Notre Dame in NCAA Football for PlayStation, and when I ran onto the floor at basketball tournaments my senior year they’d announce me as a Notre Dame football recruit. My parents had Fighting Irish hats and everything.

While we were trying to figure out when to visit South Bend, the Notre Dame coaches gave my dad a call. I can still remember how his face lit up when he answered the phone. But as the conversation went on, I just remember his expression changing drastically.

It turned out that Notre Dame didn’t want me anymore.

My dad hung up the phone and broke the news to me. I was overwhelmed. I ran to my bedroom, and cried my eyes out, praying and thinking about this one passage from Proverbs: “Trust in Lord God with all your heart, and do not on your own understanding. In all your ways acknowledge Him and he’ll direct your path.”

After Notre Dame bailed, people started telling me to just go to junior college. Just go somewhere and play, they said. But I was like, Nah, I believe there’s a plan for me. I have faith.

And just like that, a spot opened up at Cal. I sent my tape, they happened to need a running back and they offered me a scholarship. It happened that fast. It was wild, man.

But I wasn’t necessarily dropped into the easiest situation. J.J. Arrington was entrenched as the starter, and the team had also signed Marshawn Lynch, who was the No. 2 running back in my recruiting class.

I wasn’t discouraged, though, and I impressed the coaches enough to get some run as a true freshman.

Marshawn welcomed me from Day One. He took me in as a brother, and that really helped me make the transition.

Marshawn is always the life of the party, but there’s another side to him — a giving side. He serves his community and loves his people, and I’ve seen him give the shirt off his back for others.

At Cal, he’d let me drive his car because he knew that I didn’t have one. I don’t know who started the rumor that he taught me how to drive — I’m from Texas, you know? We do have cars there — but it is true that his seat was back so far that you were basically in the backseat when you were driving. Everyone called me “Tex” back then. He always stayed on me for my heavy accent. But it was all love.

I started at running back my senior year and got drafted in the seventh round by the Seahawks. And since then I’ve been productive and made a nice career for myself. I call my NFL career an unstable blessing because I’ve been on a lot of teams — I never really know what’s going to happen next — but it’s a privilege to play in the league. There’s been lots of ups and downs. I’ve been fired five or six times now, by five different teams — but you won’t hear me complaining. 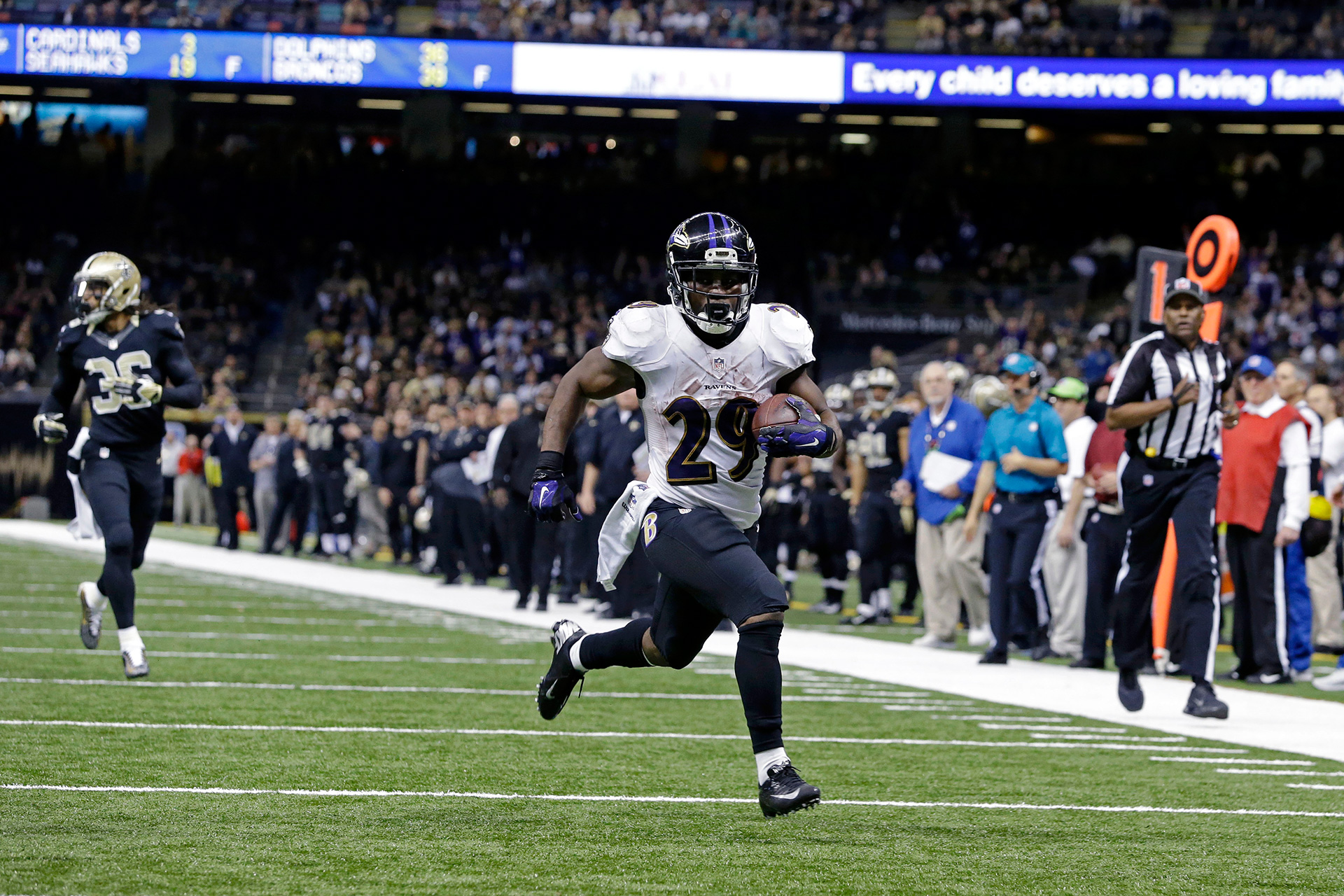 Even after the Jaguars cut me and I was recovering from my foot injury, I knew I had a lot left in the tank. But I always wanna be real with myself: I have to be able to transition out of football, especially if this indeed was going to be the end. That’s the kind of person I am. I even started to work up a résumé.

But then Detroit called. I couldn’t be more excited about what’s to come.

Lions fans — you’re getting a resilient player. You’re getting a guy who knows how to persevere and play hard, and somebody who is looking to leave a legacy not just on the football field but also beyond.

I was out in Flint this offseason working with a company called Shower Pill. We had body wipes that we sent out there to Flint residents. We raised money and took truckloads of bottled water, and we got a whole bunch of players to support our efforts. Torrey Smith and I went to a bunch of schools and talked with the kids. It was wonderful, and I want to do more outreach like that now that I’m a Lion.

I’ve played in the NFL long enough to know that size doesn’t have to define you — and I’ll always be grateful to guys like Maurice Jones-Drew and Darren Sproles for opening people’s eyes about that. But everyone still wants that “wow” factor. Everybody wants that guy who, when his team walks off the bus, people are like, Oh man, who is that? Detroit — I’ll be honest, I’m probably not your “wow” guy. But if you’re interested in production, and a player with a hardworking, never-say-die attitude, I can help you out. I can give you that “wow” on the field.

It’s surreal to be in Detroit, as a Lion. When I arrived at Cal, one of the first things I did was claim number 20, Barry’s number.

Now I’m playing for Barry’s team. How awesome is that?