My first game in Phoenix is something I’ll remember forever.

When I was first traded here, I knew I had to make the most of my opportunity. I was sent to Phoenix from Charlotte as a throw-in — you know, somebody to fill a seat on the bench — in the deal that brought J-Rich to the Suns. So while I was excited about the chance to share the court with guys like Steve and Amar’e, I tempered expectations for myself.

But that all changed after that first game.

Man, it still feels like yesterday. I came off the bench, stepped on the court and I was almost in shock.

A standing ovation. For me. A second-year player who had averaged 19 minutes per game on a non playoff team.

That love, that embrace — I’ll always remember that feeling. It told me that Phoenix was home, and I’ve never forgotten about it since then.

This was the kind of team that the Suns were when I joined:

During that first year, we were on a plane heading back to Arizona after a long road trip.

Myself, Amar’e and a few of the other guys were getting ready to play some poker.

Everybody was set, ready to begin, and right before I went to deal, Shaq cut in.

“Wait, wait, wait, hold up a sec,” he said, as he tried to squeeze out of his seat. We weren’t sure what the deal was. He had a serious look on his face like he needed to tell us something super important.

He flipped his headphones off his massive head and said: “You guys gotta listen to this beat I just made.”

We all sort of looked at him confused, and started to crack up.

The beat he played wasn’t the most melodic … it sort of sounded like a drive-by shooting. Just a bunch of different gun noises mixed with drums.

He was so hyped it was hilarious.

Are you kidding me?

But that was the kind of team we were. We enjoyed the game, but we also just enjoyed being around each other. That’s very much the vibe of Phoenix in general. People are really happy to live there.

That first season opened my eyes to so much. Looking back, I truly appreciate just how fortunate I was to play with a guy like Steve Nash. 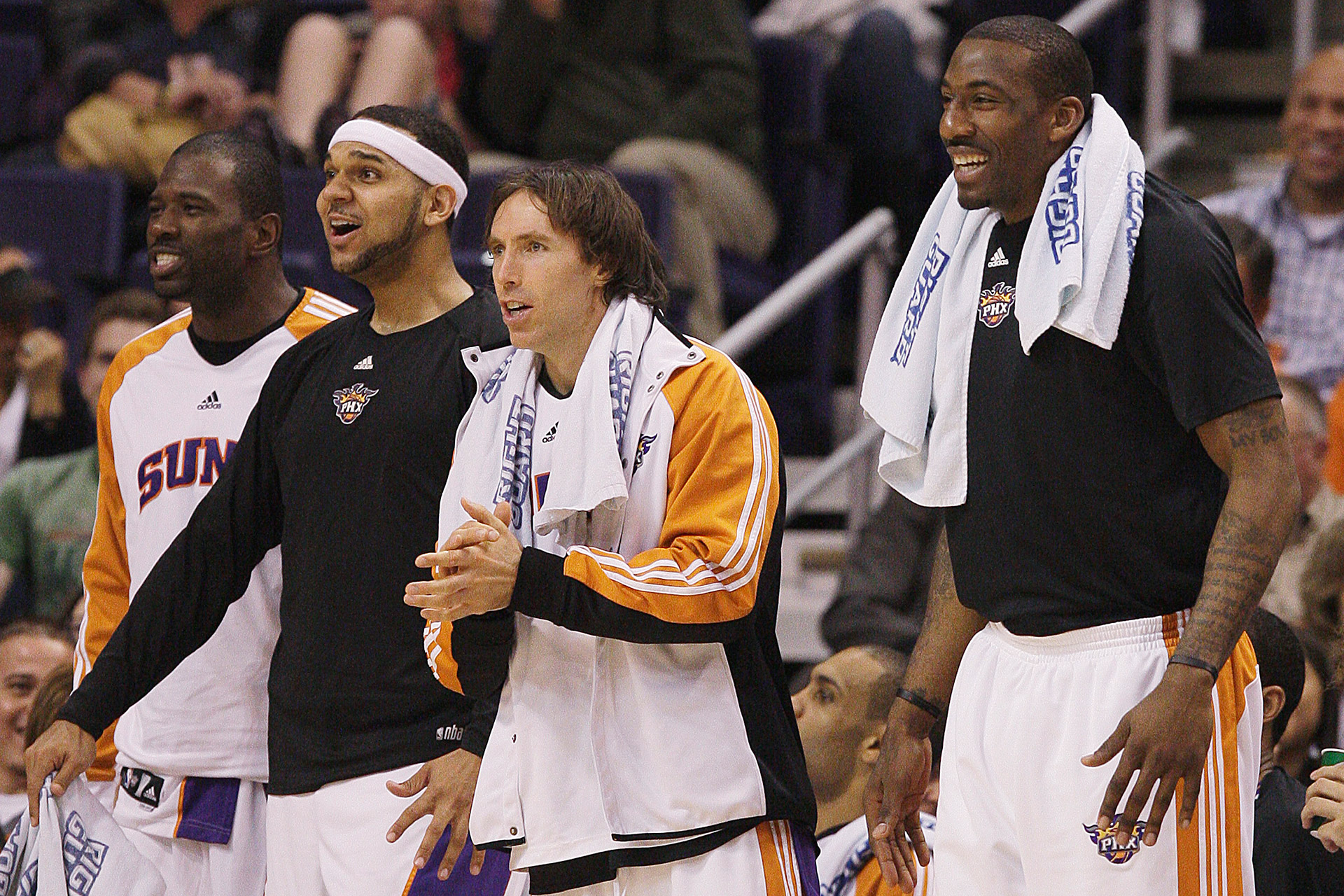 You know all those circus shots he’d pull off during games? That wasn’t luck. It wasn’t a fluke. It was practice.

That dude never left the gym. He was the first one on the court, and the last one off ­— if he ever came off at all. He’d be out there alone, dodging imaginary defenders, and sometimes I think he’d even fire a rocket bounce-pass to nobody if it kept the ball moving.

I remember the long rides on the back of the bus with Steve and Grant Hill, they were fountains of wisdom. I used ask Steve how he had been able to prolong his career and he’d tell me how he’d taken his fitness and diet to higher levels. Those guys did more for my game off the court then I ever could have imagined.

Steve’s attitude and perseverance were contagious and permeated the entire organization. We all followed his lead, and that first year Steve’s influence was especially important. Alvin Gentry had just taken over from Terry Porter and before we even had our first practice, Alvin came up to me and said: “While I’m coach, you will get an opportunity to play, so make the most of it.”

That gave me the confidence to go out there and play my game.

We were one of the first teams to start playing the “space and pace” style that’s so popular now. Our practices we’re all about high tempo and shooting threes.

It’s the best culture I’ve ever been around in this league. Everyone did the right thing because there was just no other way to do it. And that culture is the reason why I’m excited to come back to the Suns. I want us to get back to that 2010 vibe.

The city was on fire. I mean, it was completely electric. When we played the Spurs in the second round of 2010 playoffs, that was something else. I saw Steve right after game four and he had tears in his eyes. You just knew how much it meant to him, and how much it meant to our city.

We flew home that night, and when the bus finally got to the arena there were maybe 200 or so fans waiting for us. At three in the morning.

That sort of connection, it doesn’t happen often. We were signing autographs and high-fiving, and people were telling us how how proud they were to be Suns fans. And I couldn’t have felt more proud to wear that jersey and represent them. 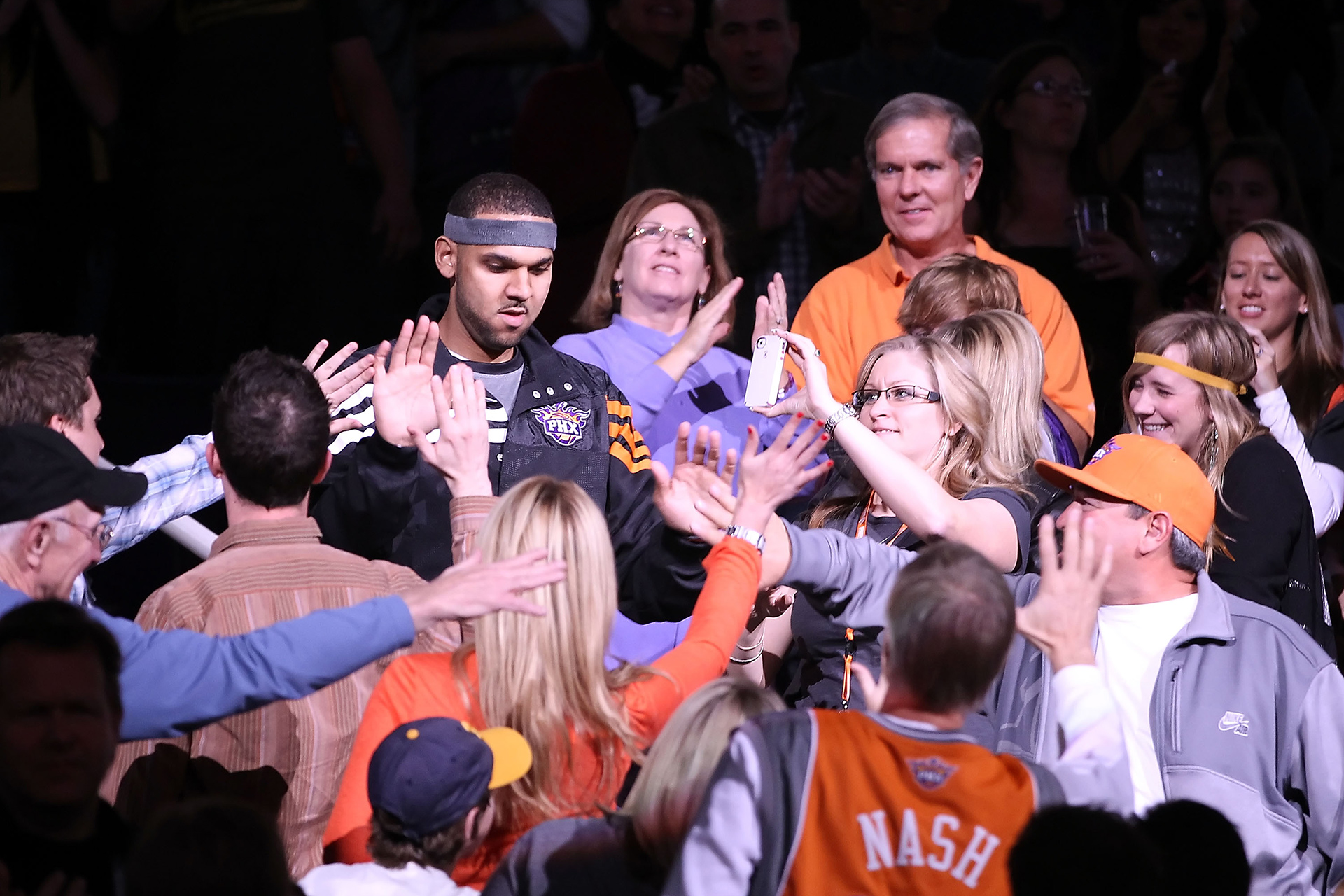 The run in 2010, those were some of the best weeks of my life, and that group of guys showed me how to play for a city like Phoenix. Being a younger guy you were happy to be going deep in the playoffs, but you were also really playing for the veterans. We’d always say, “This is for Steve,” or, “This is for Amare.” Steve’s a two-time MVP who sacrificed so much for his teammates and made everybody better. It was our chance to pay him and the other veterans back.

But now things are different. It’s a new era of Suns basketball, and I’m a very different player.

Getting traded away in 2013 was difficult, but it was the right move for the franchise at the time and I understood that. My time in L.A. was short, but it changed me. I wasn’t able to stay healthy and play to my potential, so the team shipped me off to Milwaukee because I wasn’t contributing. At the time, I was very disappointed. Those are the kind of trades that can get to you as a player. But that trade turned out to be one of the best things to ever happen to me.

You don’t really realize when you become a “veteran” — it just sort of happens. In Milwaukee, I was the second-oldest guy on a team with the worst record in the league. When Jabari Parker went down with an injury, it gave me a chance to start again and I was able to really help the young guys develop, the same way the veterans on the Suns had done with me. Giannis Antetokounmpo was my dude. I would be in his ear on the floor, or on the bench. When he continued to improve, I went to Coach Kidd.

“You gotta start Giannis over me. If we’re going to move forward he needs to play.”

I knew what my role was, and seeing those guys get better and take my spot, I actually took some pride from that. We went from the basement of the league to making the playoffs and taking the Bulls to six games.

That season I started to view my job very differently. I took on different responsibilities, the kind that weren’t listed in any contract. I was there when Jabari was rehabbing, and I tried to push him as much as I could. Until then, I hadn’t realized how much my time playing with guys like Steve and Grant had rubbed off on me.

And that’s why I’m anxious to bring back the 2010 atmosphere to Phoenix. It was all about mixing professionalism with fun and make no mistake, we had a lot of fun.

I remember coming into the locker room on one of my first days with the Suns in 2008, and there was Shaq. 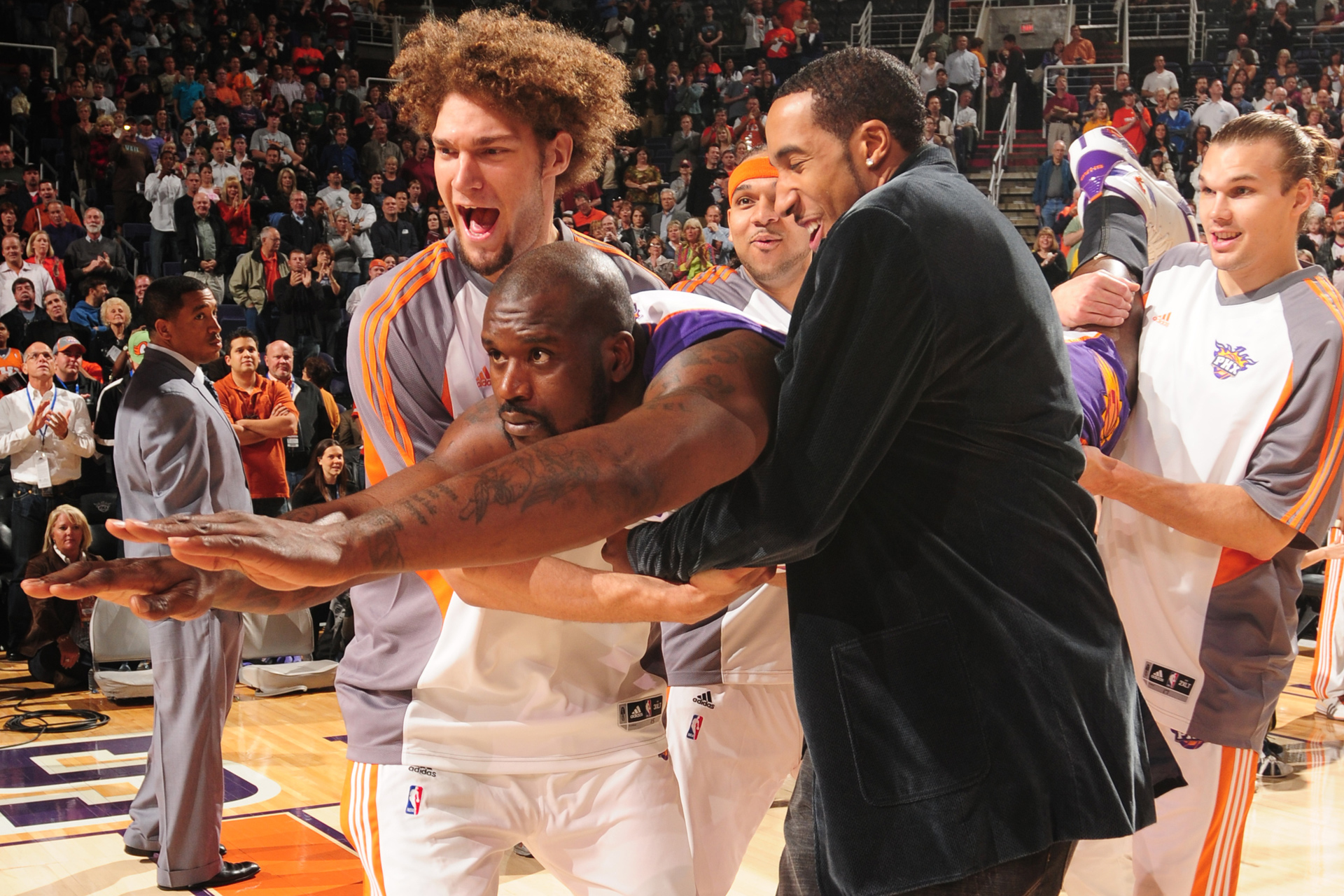 I was pretty intimidated at first, but he clowned me right away.

Everybody cracked up. Shaq was just a dude you always wanted to be around. In fact, that whole team was full of guys like that. Our lineup was just a bunch of guys who wanted to play for each other — and that, more than anything else, makes a team better.

I thought a lot about those times when I was considering my options in free agency. So when Phoenix offered me the chance to come back, it was a no-brainer.

Let me tell you, NBA free agency is wild. It’s like an even worse version of speed dating.

The Suns were looking for a guy to work with their exciting, young talent they have coming through, and both the team and I felt like I was a perfect fit. Don’t get me wrong: I’m still going to contribute, but I’m also going to leave a mark off the court as well. I’m here do things the right way because there was just no other way to do it. This is a really exciting time to be a Phoenix Suns fan. I know I can have a major role in this team’s success not just this year, but also five years from now. That’s my goal.

Phoenix is where I want to be.

It’s the place where I became the man I am today, and I owe this city a lot. I can’t wait to give back to the community and to be out in the city to greet the fans. I want to build memories that go beyond basketball for the city of Phoenix.

I couldn’t be happier to be home.