On my street near my home in Eden Prairie, Minn., there was one house that often had a bunch of cars parked outside. When I’d drive past it in my car, I’d sort of glide by slowly, wondering to myself, What are they doing in there?

One day a few years back, my curiosity got the best of me. I stopped my car, went straight up to the house and knocked on the door to ask what was going on.

I wasn’t entirely sure what to expect — maybe all the cars had been there because my neighbors were holding get-togethers for friends or family, or maybe they were hosting Bible studies. Nothing unusual. Nothing I would have really needed to know about. But as it turned out, what was going on in that house would end up having a big impact on my life.

My former neighbors were members of a nonprofit that provides hearing aids to poor people all over the world. The cars outside their house had been there for gatherings that raised money for the nonprofit’s trips to Africa and Asia.

As soon as I heard about the charity — and saw how passionate my neighbors were about it — I was in. I told them to sign me up.

I know what you’re probably thinking.

Here goes another athlete pretending to be invested in charity work, or passionate about a foundation that’s probably named after him.

Well, that couldn’t be further from the truth. Because for me philanthropic work is not about branding or good publicity. Not even close. Helping others is something that was part of my upbringing, and is woven into the fabric that spans across multiple generations of my family. And in my 32 years, it’s been an ever-present and fundamental part of my life. 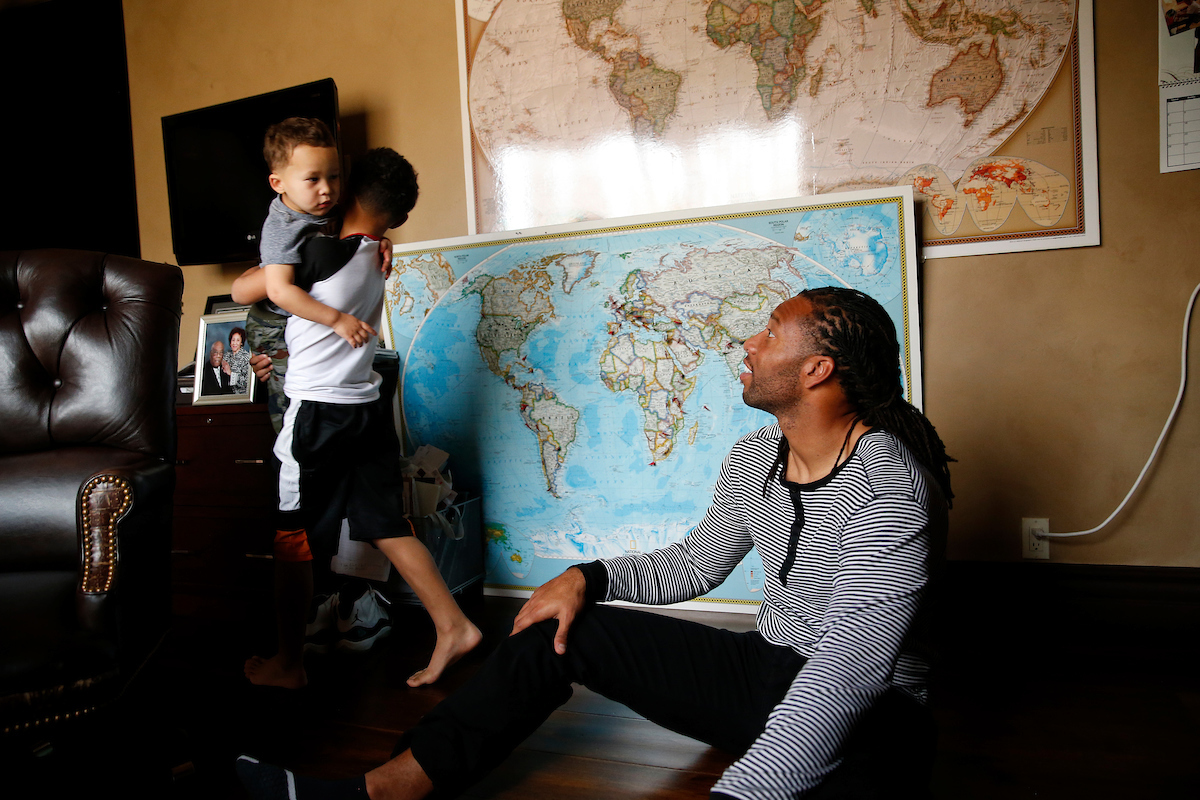 If I had to pinpoint how my family’s tradition of giving back originated, it would have to be with my grandparents — in particular my grandfather, Dr. Robert Johnson. Nearly 60 years ago he started a nonprofit called the Plano Child Development Center, which provides vision care to underprivileged kids and adults. Plano is still around today and has served more than one million people in the Chicago metropolitan area.

My grandparents taught my mother the importance of charity work, which was something she later taught to me. Growing up, I saw my mother get involved with a lot of  nonprofits for various causes. She even ran quite a few.

One of the nonprofits in which she was involved supported the families of people living with HIV/AIDS, providing them with things such as food and childcare. About once a week my mom would bring me along to the organization’s meetings. There were other kids my age there — kids whose parents had contracted the disease. I remember that while the adults were meeting, the kids would all hang out, shoot hoops and play Monopoly or UNO together.

At the time we were just having fun, but in retrospect I’m really thankful for the time I was able to spend playing with kids who were going through some really rough times. From of that experience I learned that there are many ways to have an impact, and most of them don’t require much of you. Giving back can be as simple as spending time with someone, helping to take their mind off of whatever they might be dealing with. And I’ve also learned that whatever you put into a cause will eventually come back to you — in ways you never could have imagined.

When my mom was diagnosed with breast cancer in the mid-’90s, she had already helped start a foundation called the African American Breast Cancer Alliance, which supports black people affected by the disease. During my mom’s fight with cancer, she was able to utilize the very services that she had for years helped make available to other women. This time, however, instead of her supporting others in their times of need, there were people there to support my mother during hers. 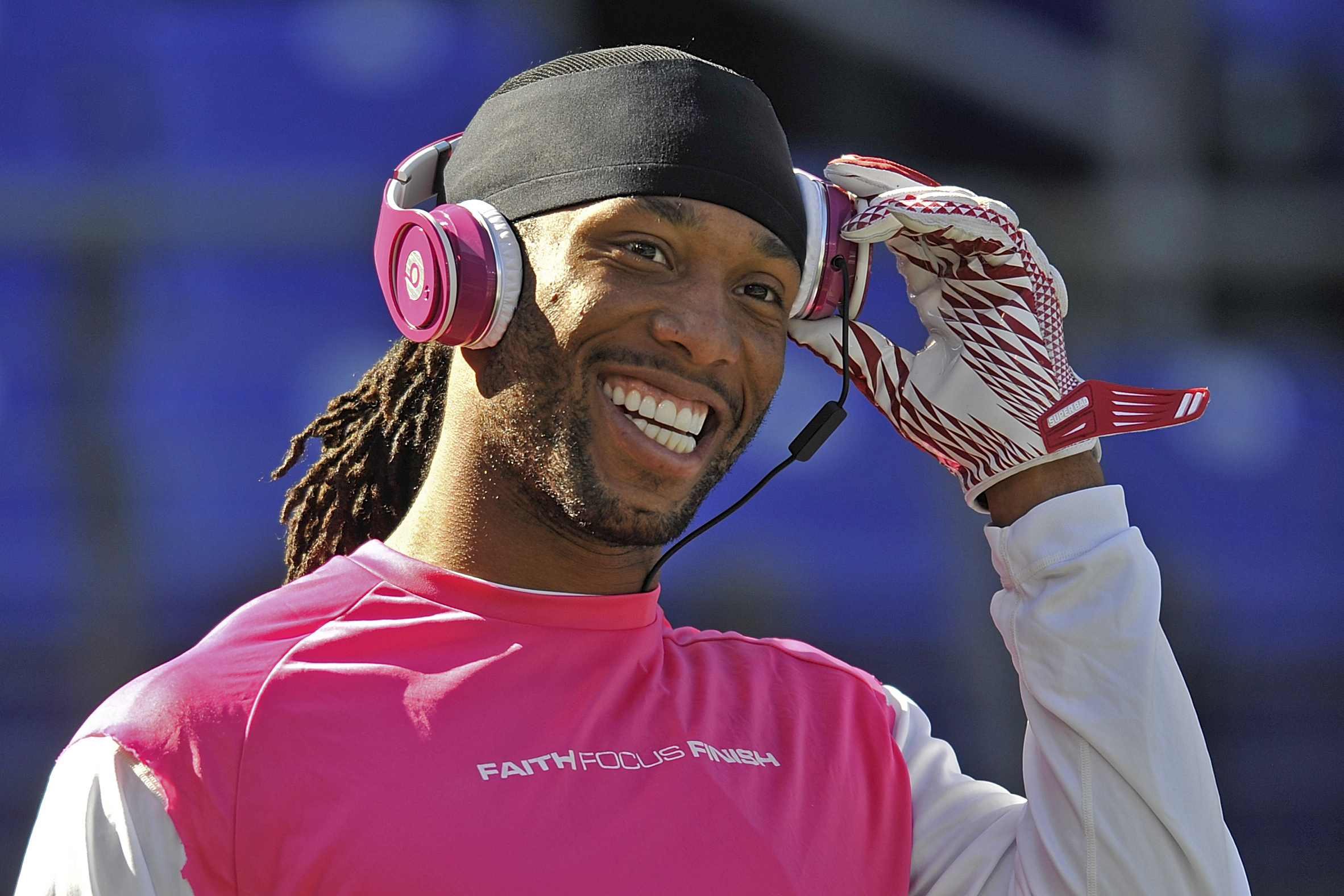 What exactly does it mean to “give” to a nonprofit or charity? Sure, you can send a check through the mail or make a donation online. You can also hold events to raise money for them. But in my experience, nothing means as much as actually interacting with and serving the people that these organizations support.

Let me give you an example.

Remember that nonprofit my neighbors were involved in, the one that fitted people the world over with hearing aids? Well, after I had learned about what my neighbors were doing, they invited me to go with them to India. In 2008 we traveled to New Delhi and then Calcutta, as well as Mumbai, Ahmedabad and Suhura, fitting thousands of hearing aids at every stop along the way. The first day in New Delhi we gave out hearing aids to 1,200 people.

What really struck me was seeing the kids who came to see us — young children who’d had hearing problems their whole lives — and watching as they were fitted with their new hearing aids. When the device was turned on for the first time their eyes would just light up. A whole new world was introduced to them in that moment, a fuller world with more texture. They were taking in a sensation that I had mostly taken for granted my entire life, and it left an impact on me forever. I wouldn’t trade seeing the awe in those kids’ faces for anything in the world. 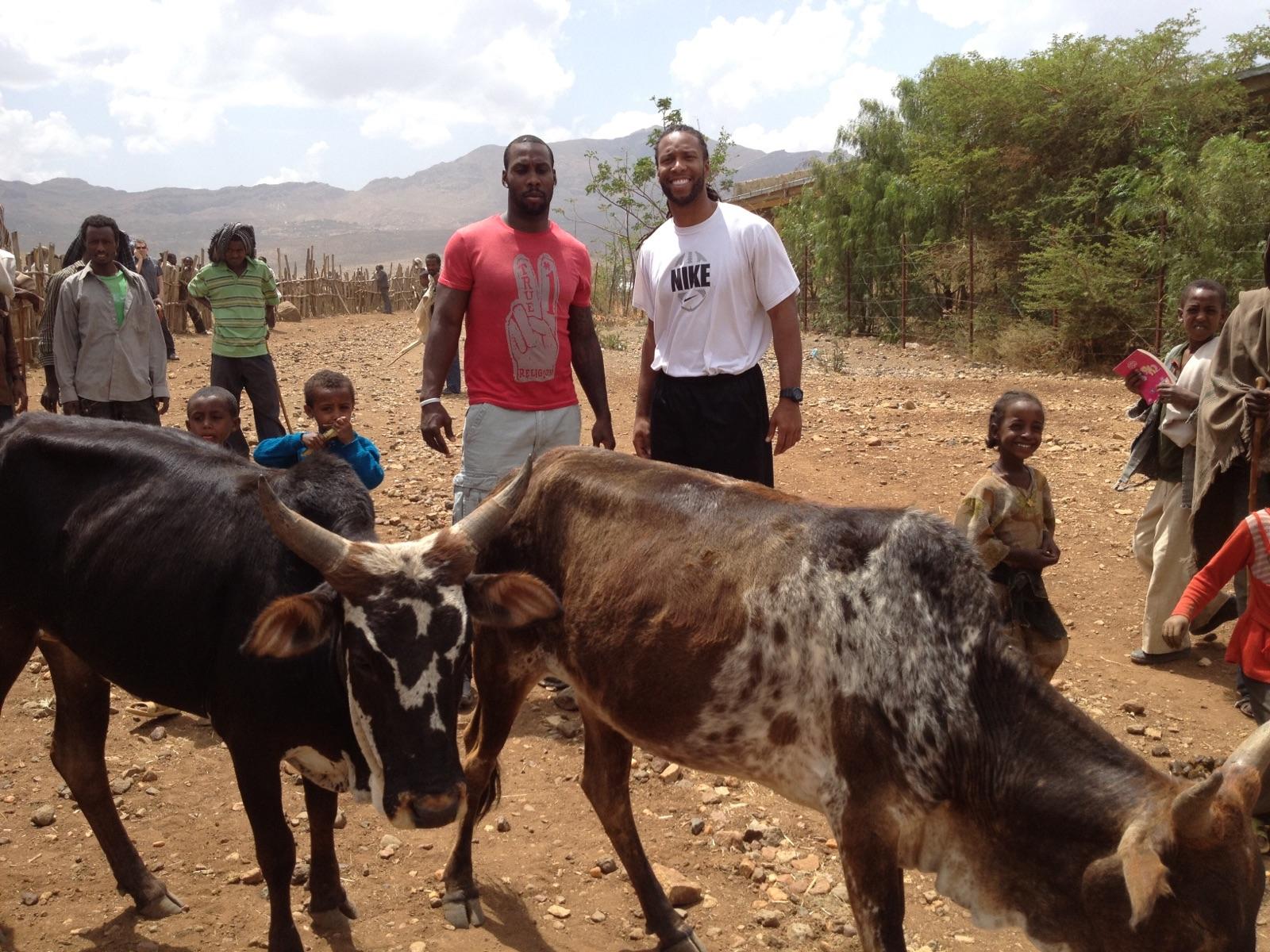 One of my other favorite experiences was when I travelled to Ethiopia with Anquan Boldin in 2012 and worked on different projects there, including planting trees and providing cows to families. While we were there, parts of the country were suffering a severe drought, so we also worked on some irrigation projects.

During the trip I met a man who had 12 kids. He had been a farmer his entire life, but his crop that year was not enough to support his large family. He had made the decision to send three or four of his children — the ones he thought were the strongest mentally and physically — to the city of Addis Ababa. He didn’t have the resources to provide for all 12 of his children, so the best option for him was to send a few of them away to fend for themselves.

What was both amazing and heartbreaking was that these kids weren’t resentful of their father. They understood their situation and that he had been forced to do something drastic for the good of the whole family.

The children approached their situation with great bravery, but you can imagine how distraught their father was. It was so sad for me to see — especially since I am also a father. I can’t imagine having to make a decision like that for my children. The thing is, families around the world are forced to make decisions like that all the time.

We certainly have our share of issues here in America, but make no mistake: People in other countries are suffering in ways most of us could never imagine. It’s important to remember that as we face our own troubles.

Keeping perspective like this is a key part of life, and it’s something I think professional athletes need to do even more.

They get to play in front of tens of thousands of people. They are paid millions of dollars, and are constantly being told how great they are. As a professional athlete, I know that it’s easy to get wrapped up in your own success, and in the materialistic things that come along with it.

But life isn’t about how much money you have, or what cool things you own. All those things are temporary. The only thing that really matters is the type of person you are and the good you can do for other people while you’re on this earth. 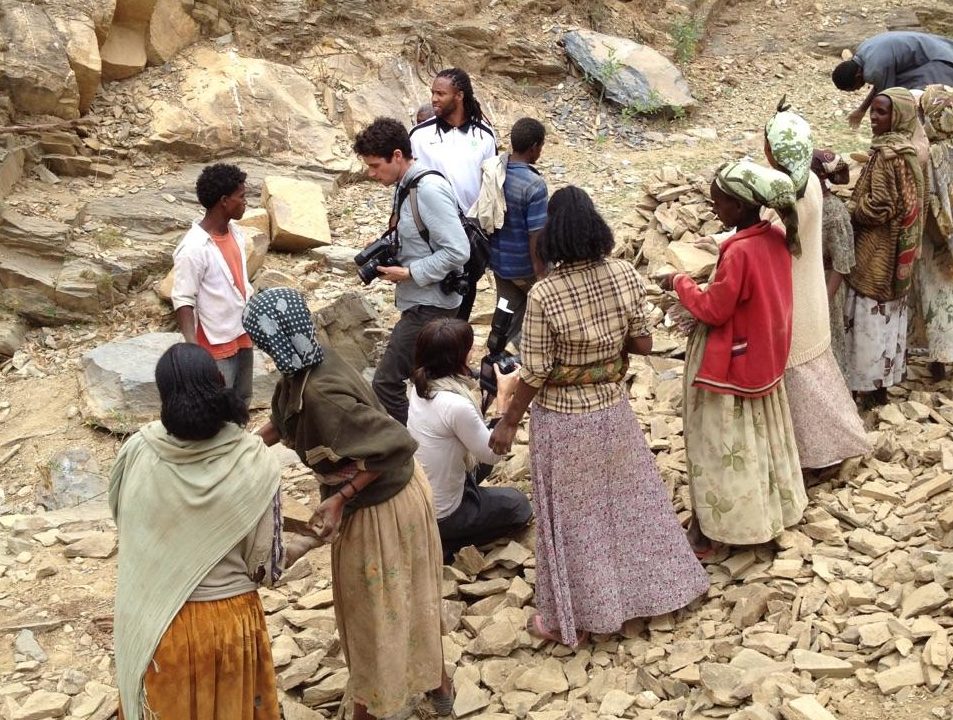 One of my goals is to spread this message, even if it only gets through to one person.

What’s been really cool recently is that I’ve been able to share the importance of giving back with my own children as they grow up — just as my grandparents did with my mother and my mother did with me.

A few years back, around Christmas time, I had planned on going down to one of the St. Vincent de Paul shelters in Phoenix to serve breakfast to the homeless. I’d done it before, but that particular year I decided to bring my oldest son with me so that he could experience it.

The morning we were supposed to go downtown, I was asleep when my son came into my room at 6 a.m. to wake me up.

“Dad, are we still going downtown to feed the homeless?”

You would think a young kid would be uninterested in — or even hesitant to interact with — a gathering of strangers, let alone meet a homeless person. But man, was he into it.

When we got to the shelter, he was out there serving plates and picking up trays, wishing people Merry Christmas and Happy Holidays. He was so motivated to help those people, even though he’d never met them.

Watching him in that moment brought tears to my eyes. I couldn’t have been more proud of him. And I knew that, watching from up above, my mother and my grandparents were really proud too.