Letter to My Younger Self

Please allow me to give you fair warning about something from the future.

Tomorrow morning, you’re going to take your first swim test at the U.S. Naval Academy. Believe it or not, the Navy requires plebes to actually be able to swim.

When you first get into the pool, you’re going to be feeling good. But after 10 minutes, your arms and legs are going to be burning so bad you’ll want to quit. After 15? I don’t even want to tell you.

But you’ll think about your dad, and what he’d say if you failed, and you’ll find a way to keep your head above water for 20 minutes.

The only problem is, you’re not done yet. Your stone-faced water survival instructor will bark, “Alright, next up: 100-meter crawl stroke.”

You are overboard in deep open water without a PFD (personal floatation device), or at least that’s what your instructor is yelling. Sink or swim, plebe.

You choose to swim.

A thought will come to your mind as you push off the wall and use all the strength left in your six-foot-eight body to take your first stroke.

Oh my goodness. What have I done?

When you touch the wall and turn to start your second lap, another thought will come to mind.

You’re done. You grab the wall and tell the instructor, “I can’t do this.”

You, David Robinson, have flunked your introductory swim test.

Your swim test. In the Navy.

Tomorrow night, when you lie down in your bedroom after this embarrassment and you stare at the ceiling for hours, you’ll have another thought. This one is very important.

What have I gotten myself into? Why am I doing this?

I want you to think long and hard about this particular question.

We both know the obvious answer: You chose the Naval Academy because of your father and grandfather, who both served in the military. 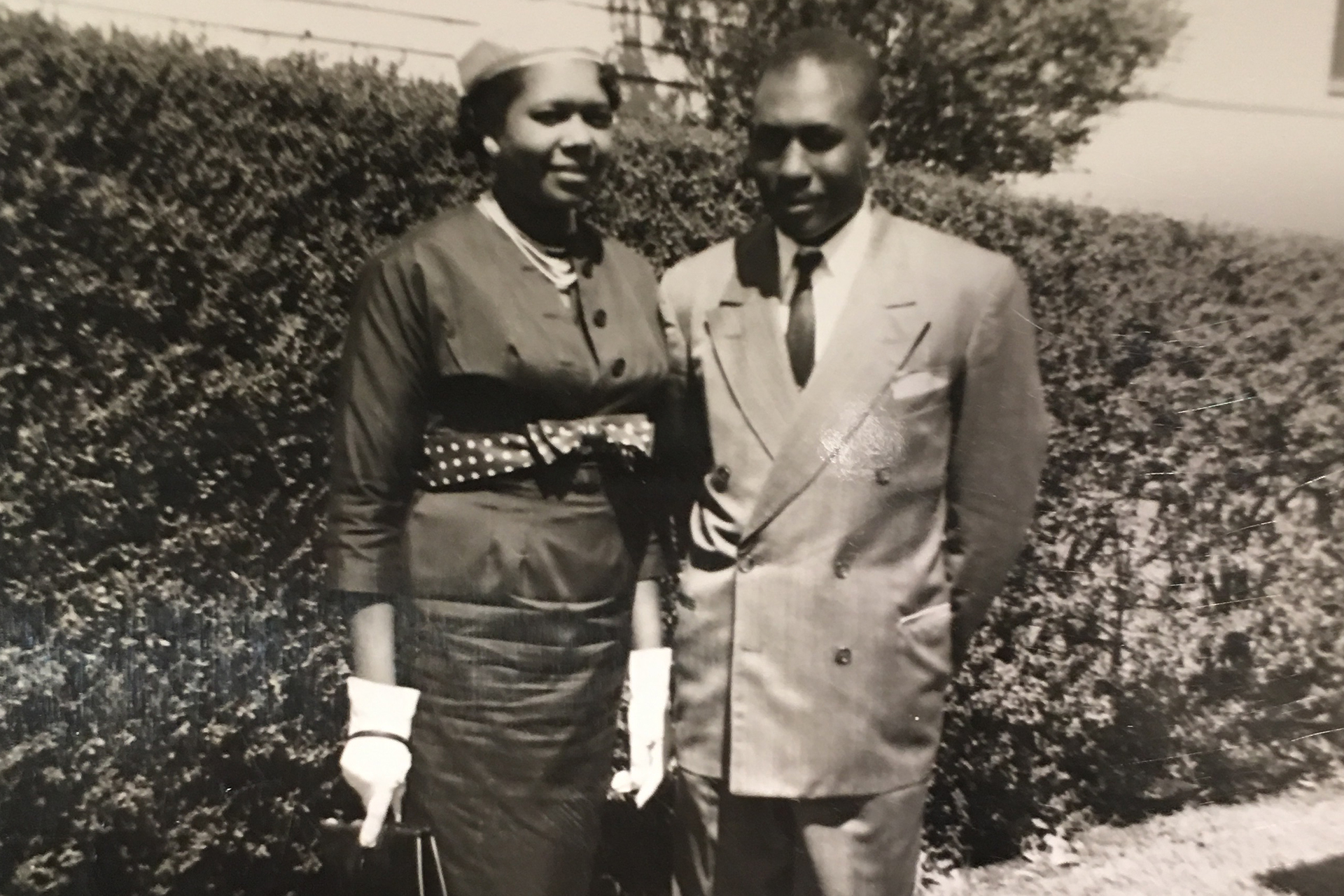 Your grandfather is and will always be your hero, your inspiration. He fought in World War II, came home to Little Rock, Arkansas, and worked for 50 years as a mailman in the segregated south. Not once did he get a job promotion in five decades. But he kept working all the same. He saved up enough money to buy a piano for his home, and he used it to teach his four children how to play.

Be true to who you are. You don’t know the lasting impact you’re going to have.

David Robinson shares some words of wisdom with his younger self. (1:12)

Keeping moving the family up.

Keep working and saving and striving for a better future for your children, and for their children, even if you won’t be around to see it pay off.

That’s what your grandfather did, rain, sleet or snow.

I want you to think about your grandfather’s integrity and grit when you’re staring at the ceiling of your barracks room, but I also want you to think a little deeper. You need to learn a practical lesson. Grit alone is not going to save you from sinking.

Remember when your dad used to make you study a page of the dictionary every night after school? Then the next day he’d quiz you on the definitions.

“O.K., David, your next word is ambidextrous.”

“Dad, this is crazy. None of the other kids are doing this!” 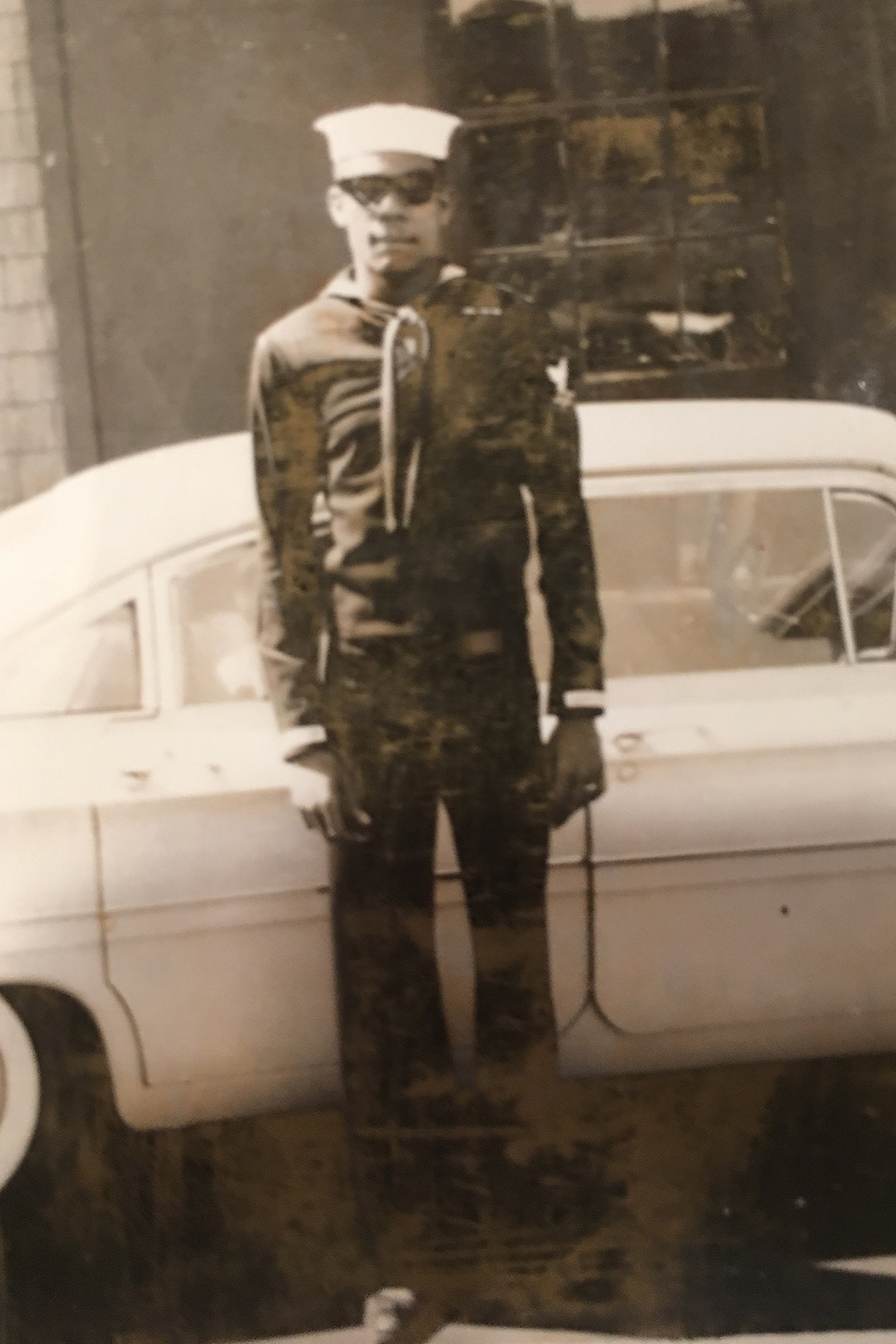 Your father is very demanding of you (actually, a lot like a coach you’re going to have in the future by the name of Larry Brown, but that’s a story for another time.) But the reason he’s so demanding is because he’s preparing you for the real world. He’s not just giving you the tools to excel in school and eventually choose where you’ll go to college, he’s also showing you how to succeed in your life after basketball.

He’s doing what your grandfather did for him.

How do you build a solid vocabulary?

The same way you build a house.

Brick by brick. Word by word. Night after night.

The same rule applies to learning to swim, or developing a post move, or building a business.

Preparation is everything. This is a simple but undeniable truth that is completely lost on you at 18 years old.

The reason I’m writing to you now is not the swim test. The swim test is nothing. Come on, you’re an African-American kid from Virginia. You didn’t exactly grow up diving in the ocean every summer. Just relax and practice every day, and you’ll get past the swim test.

What this is really about is how you’re going to approach this very short thing called life.

I’m going to drop a bombshell on you now.

I know that sounds like a tremendous amount of pizza money, but no, that’s not the bombshell.

The bombshell is that you’re going to be drafted No. 1 overall by the San Antonio Spurs.

You will sign a $3 million contract, with a $1 million signing bonus.

You will be stationed on a submarine base in Kings Bay, Georgia, serving your two-year commitment in the Navy, waiting to play in the NBA, and you’ll get a check for one million dollars.

It will be the most surreal moment of your life. You will be sitting in the diving-control station of the U.S.S. Buffalo submarine going about your duties as a civil engineer, when you will think, I have one million dollars in the bank.

This is really a turning point in your life.

That’s why I want you to reflect so deeply on the question that will pop into your head when you fail your swim test.

Why am I doing this?

As I write this letter to you, you’re much older, and a little grayer. You have experienced so many incredible things, and you have screwed up plenty, too.

You will win two Olympic gold medals, lift two NBA championship trophies, sign many more contracts, and inevitably your career will end, as all things do, and you will start a second life a businessman.

But the question remains. Whether we’re talking about a swimming test, or your bank account, or what you do with your life after the NBA.…

Why am I doing this?

You will make more money than your grandfather could ever dream of seeing. My advice to you is to save that first million dollars. Do not touch it. Live off your military paycheck. It’s plenty.

Your peers will respect you for your integrity and character, not your possessions. What are you gonna do anyway, drive a Ferrari around the naval base? How is that going to help anyone? 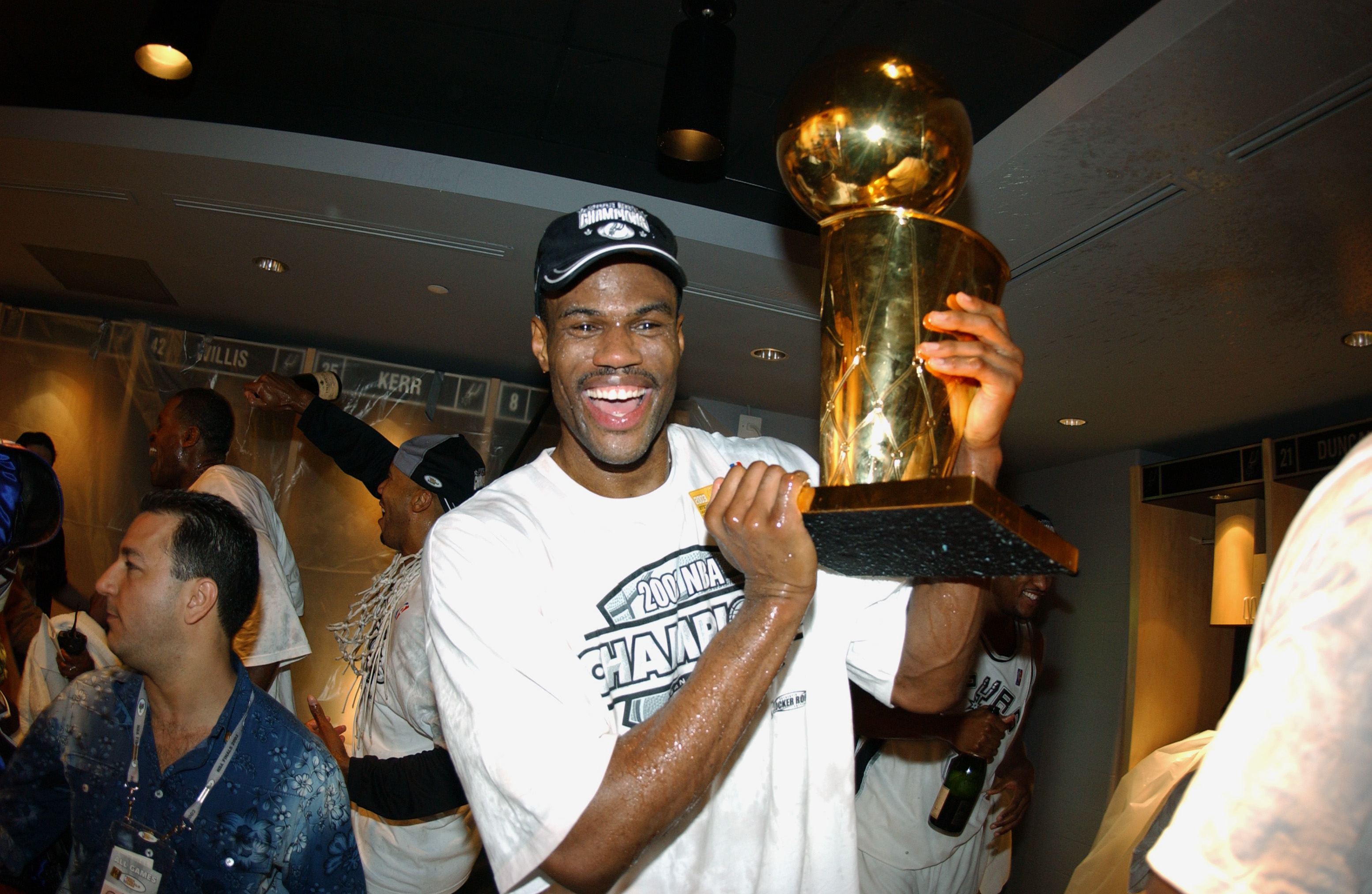 Use the financial power you’ll be blessed with to create a company that can invest in the community, especially the African-American community. And create connections with the many influential people you meet along the way so that you can create a foundation that will empower young people like you to pursue their dreams.

I hate to say it, but in the future, the times will be much more unforgiving. The world will be very challenging place for young African-American kids like you. Not all of them will have role models like your grandfather.

So, before I leave you, remember these two things:

When you fail the swim test, don’t get too bent out of shape. Just remember how your father built up your vocabulary with that thick dictionary. Practice, son.

When all else fails, trust God.