How We Play Hockey in Switzerland

Where I come from in Switzerland, we speak Swiss German, and when I came to America things got pretty tricky with my name. The German i is pronounced like the English e. So I would be at a hotel checking-in or something, and the clerk would ask me to spell my name, and I would get so confused. I would pull out my credit card, look at the letter i and I’d say “eee” just as a reflex.

Come on. Seriously, come on. I have two i’s and four e’s in my last name. It was like some sort of cruel joke or something.

I struggled with it every time I had to sign some paperwork. I’d get asked to spell my name and I’d have to pull out my credit card and double-check.

People would look at me funny and I’d say, “Sorry, I’m Swiss.”

Then they’d be even more confused.

Things are a little different where I come from.

Cobblestone roads, snow-covered roof tops and two massive mountains on either side.

My hometown of Chur is nestled in the shadow of the Swiss Alps.

It’s a small town, and the only thing that could disturb the quiet in my neighborhood was the sound of rubber colliding with wood.

The noise would bounce off the mountains.

In the darkness of winter, I’d practice slap shots for hours on end.

In Switzerland, the winters are long. For three months, we didn’t get any sun in our backyard because of the shade of the mountains — which meant we could make a lot of one thing. 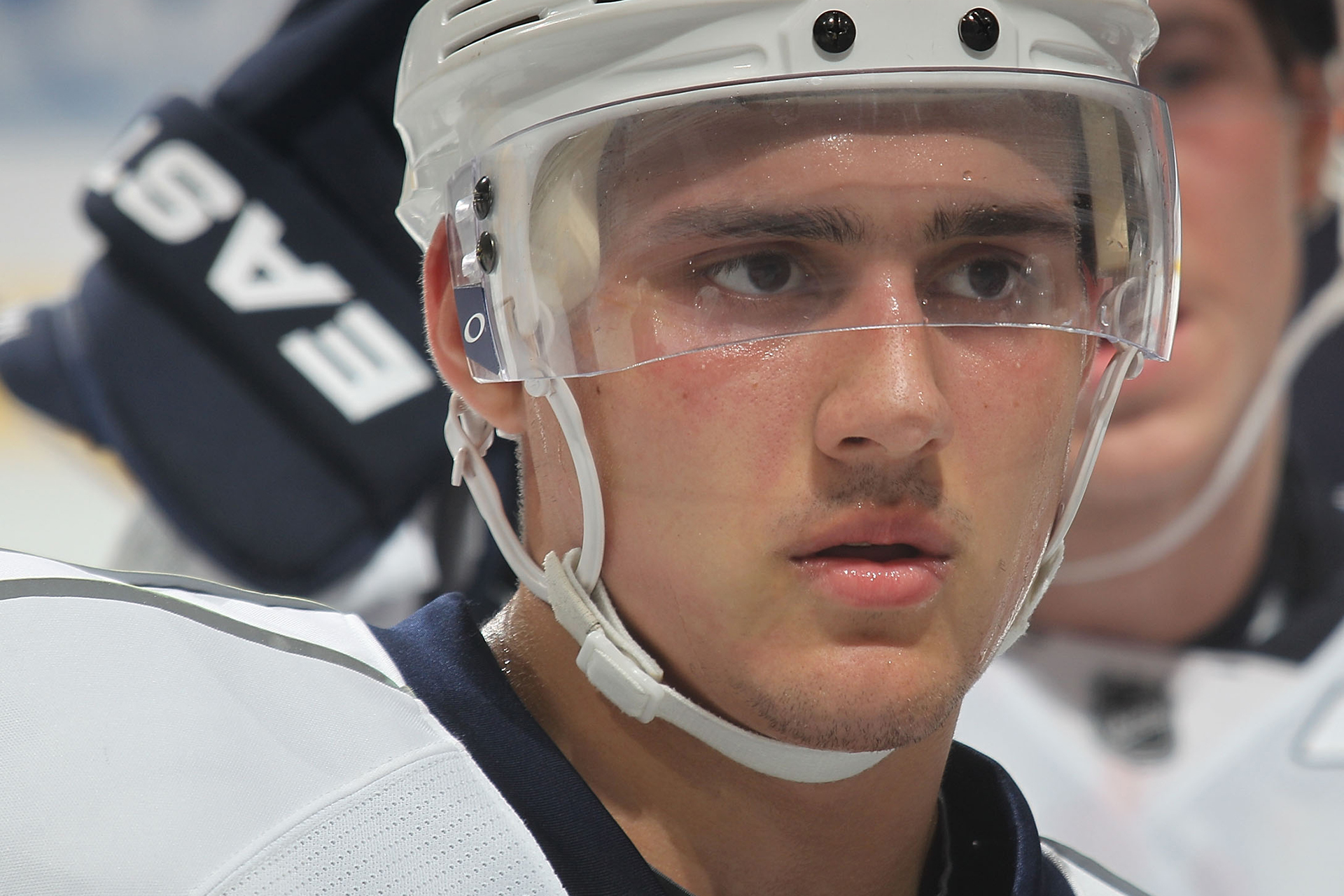 My dad used to get up in the middle of the night and water down the yard with a hose. Because of how difficult it was to import hockey equipment into the country, almost everything was homemade. Luckily, my dad was a steelworker.

He built little boards to go around the makeshift rink, and he even made a regulation-size goal out of some iron piping. (He painted the posts red, of course.) Kids from all over town would come over to my house to play, and we’d wear jerseys that would drape past our knees and do our best impressions of our idols.

In Switzerland we never got NHL games on TV. It was all about EHC Chur, our local team. My favorite player growing up was Harijs Vītoliņš. He was a big, strong center for Chur in the ’90s.

The only exposure we got to the NHL was through video games. Yeah, we’d heard of guys like Gretzky, but the current NHL players seemed so far away. Our heroes played down the street from us.

NHL 2003, with Jarome Iginla on the cover, was the best. I played on PlayStation when my friends would come over, and that’s where I found Mike Modano.

I loved his style. The jersey whipping off his back, the slick hands and, of course, that big shot.

I loved to shoot — I still do.

Most kids in Canada and the U.S. grow up firing pucks at a thick polyester target called a shooter tutor. It’s got a picture of a goalie on it and you shoot the puck into holes in the corners. But my dad actually carved his own shooter tutor out of wood, and even nailed on an old glove and blocker. He painted different color targets in the corners and I’d shoot and shoot and shoot.

Whack. It made a big sound.

I wanted to shoot like Modano did, but I didn’t have the strength. So what did I do? I did the practical thing. I started working on my wrists and forearms. My mom’s uncle was a professional weightlifter, so he started me out early. Wrists curls with easy weights so I didn’t hurt anything. He’d always remind me that a good shot started in the gym and finished in the back of the net.

I was always good with my hands, and I initially wanted to be a plumber in Chur. In Switzerland, you can’t just drop out of school and go work. You need to go to college for three years before you can be certified as a professional. So I actually started my apprenticeship as a plumber at different construction sites for one year before deciding to focus all my energy on hockey. If I hadn’t discovered hockey, I’m pretty confident I’d be fixing pipes all over town right now. 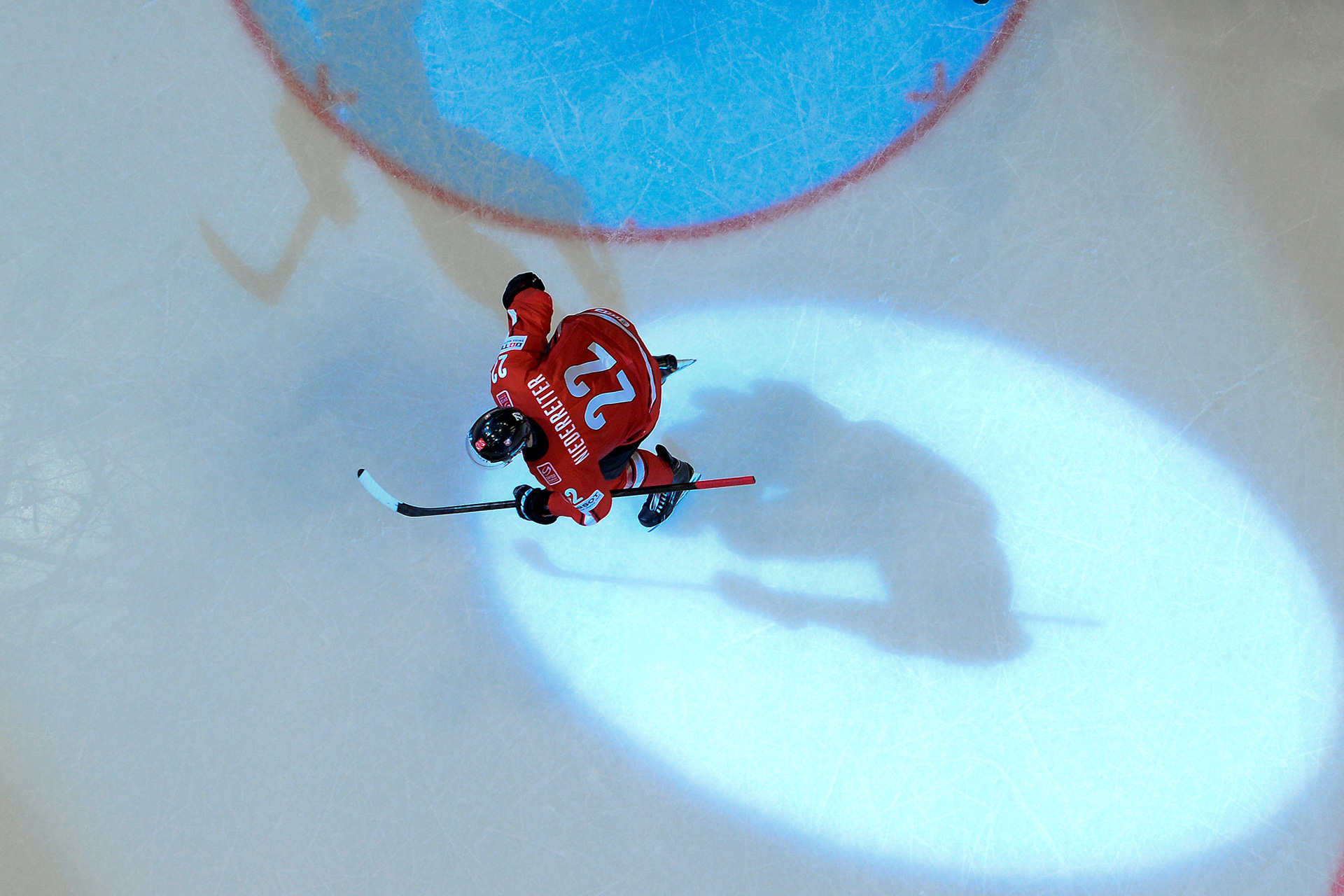 All I dreamt about was playing for EHC Chur — that’s all any of my friends wanted to do. My dad would take me to games and I’d love the singing and chanting. That’s what makes you want to play.

The crowds were electric, similar to the NHL, but completely different at the same time. Flags and banners hung from poles and seats. Goals were an excuse to scream as loud as you could.

When I started playing at the junior level in Switzerland, the country is so small that we just drove to every game, played, and then drove back home. Even the pro teams would do that; they just had big buses that their equipment managers would drive.

My parents went with me to every game. They were never upset if I played poorly, which apparently isn’t always the case in North America.

Hockey is an expensive sport to play anywhere, but since we imported all of our equipment in Switzerland, it was even pricier. Like I said, I loved to shoot, but every broken stick came with a death glare from my mom, and a $300 dollar replacement.

My parents cared most if I showed up on time and focused. Every Swiss person I know has that attitude. It’s a forward-thinking country whose people are realistic and responsible – and that’s reflected in the way we play hockey.

We play defense-first hockey. That doesn’t mean we don’t have fun, but like I said, we’re realistic.

Look at some of the players we’ve produced at the NHL level: Roman Josi, Luca Sbisa and, of course, Mark Streit.

You’ll notice that those names are all defensemen. As a goal-scoring forward, I never really considered the NHL an option; I didn’t think I was good enough. My teammates always told me, “You’re going to make it! You’re going to be in the video game!” But I was realistic, remember.

It wasn’t until the 2008 U-18 world championships in Russia that agents started approaching me. They told me I should consider playing junior hockey in Canada, and that I might have a chance of being selected in the NHL draft.

Let’s just get to the Swiss league first and see what happens. That’s what I kept telling myself.

The year after that tournament EHC Chur ran into financial problems and I moved to HC Davos. Davos gave me that first real taste of playoff hockey — that rush stepping on the ice in the playoffs is something you don’t forget.

It made me want more.

After the season ended I went to the U.S., for the 2009 U-18 worlds. I had been overseas before, for a tournament in Lake Placid, and I remember teammates trying to explain the Miracle on Ice to me.

It’s hard enough to believe the story of the 1980 U.S. Olympic hockey team when you speak the language, but even more confusing for someone whose worst class in school was English.

We played Canada that year in Fargo, N.D. — which was a bit of a culture shock — and they pulled us apart. I remember how fast they were — they had eyes in the back of their heads, I’m certain.

We lost and the score wasn’t pretty. 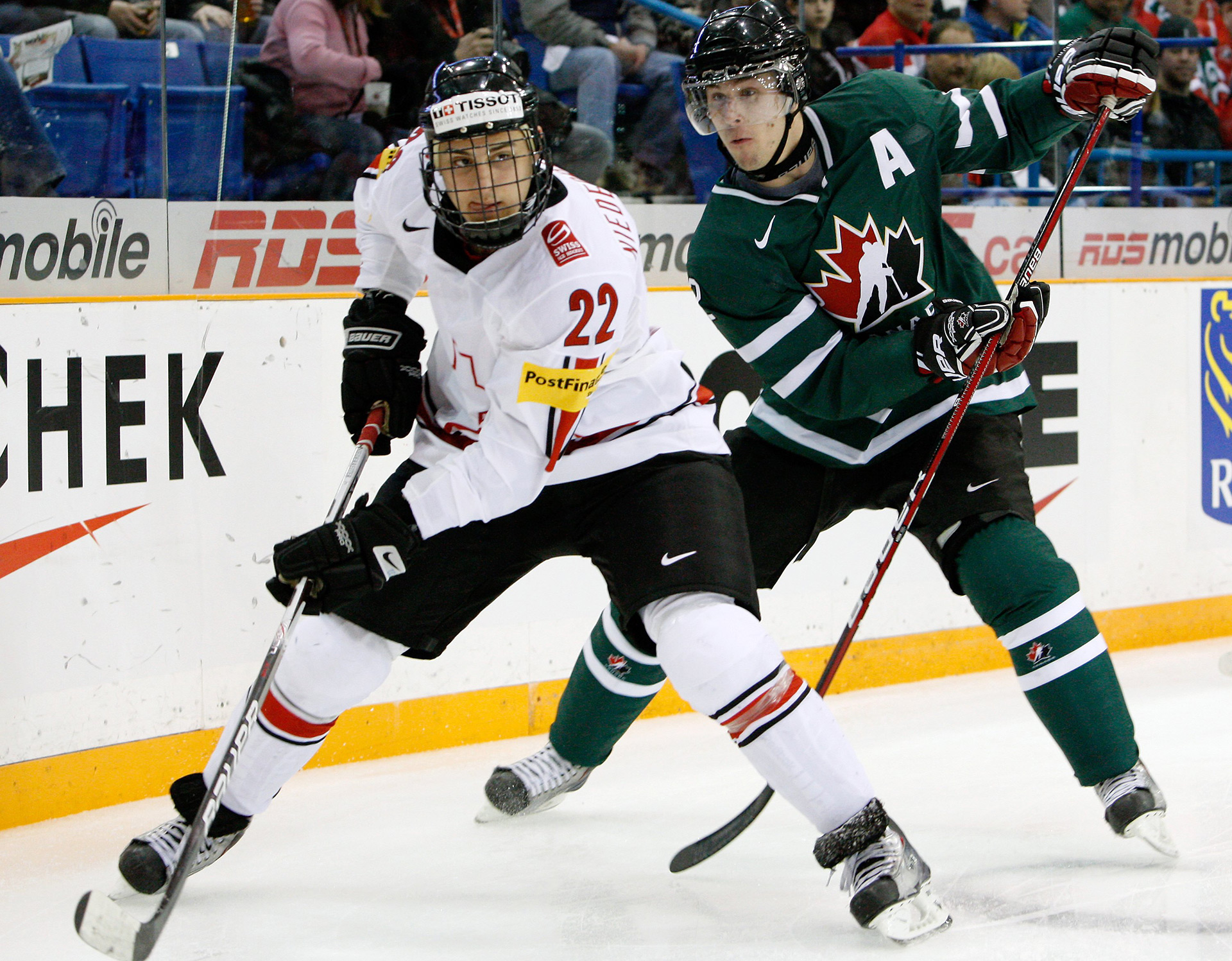 The Canadian coach at the time was Mike Johnston, the coach of the Portland Winterhawks of the WHL. We hit it off right away and he wanted to make sure that I would be in the upcoming import draft.

Less than a year later I was moving to a city I had just heard of, in a country I had been only twice.

My biggest concern was the language and culture. Portland was kind of like Zurich in a strange way, and it made things a bit easier. My billet roommate, Troy Rutkowski, helped me a lot, and I really wanted to improve my English right away.

Back home, our practices had emphasized the basics; solid skating, good positioning, strong shooting. In Portland, practices opened up a whole new world of hockey to me.

“Time for the tip drill!” coach would yell from the blue line.

I didn’t even know about tipping the puck at the time. We had never practiced that in Switzerland.

The technical side of the game changed for me in America. Here the hockey is much more stop-and-start. In Europe, on the big ice, you always have to be moving and taking advantage of space.

In Europe we didn’t focus as much on the physical side of the game, but it’s a part of the way I play now. Being in front of the net, getting the “greasy” goals, I excelled at it. Adjusting to that element eased my transition into the WHL.

I had a strong season in Portland, but I remembered what my family always used to say:

I knew there were still challenges ahead. My parents had worked hard to get me to this point. I owed it to them. I had a responsibility to them.

The night before the 2010 NHL draft, I stayed at Luca Sbisa’s house in Anaheim. Luca plays for the Vancouver Canucks now, but was playing for the Ducks when I was drafted. On the way into the arena in Los Angeles, he introduced me to Scott Niedermayer, who I used to go coast-to-coast with in NHL 2003. We talked about a lot of things on the walk into the arena, but what stuck with me was his reminder to have fun along the way.

It might sound redundant or corny, but when you hear it from a legend like Niedermayer, it feels different.

“Have fun, don’t take yourself too seriously, and enjoy every moment.”

I loved to shoot, but every broken stick came with a death glare from my mom, and a $300 dollar replacement.

When it comes to hockey (and everything, really), everyone in my country is very focused — it’s almost a business-first attitude. Another word I keep using, but it’s important, responsibility. We were responsible for our teammates and we played for one another, and not individual goals.

After getting drafted by the Islanders, I remember my first time in New York.

In Chur, the tallest building is just a handful of floors high. My neck hurt that day from looking up on every block in Manhattan. When I got traded to Minnesota, it was a little bit more like home.

Being away from my family isn’t easy, but they stay involved. My dad used to get up in the middle of the night to watch my games during my first couple seasons. He and my mom watch all my games on weekends now.

I have two sisters who both follow along, but one of my sisters really, really loves hockey. She runs this fantasy hockey league with her friends and in the summer, when I’m back home, I’m the commissioner and I run the draft since I can’t participate.

I warned them that if I didn’t get picked in the first round, I would not help anymore. But, of course, I went in a reasonable spot in the draft. I think maybe the 15th round. There was no inflation of my value.