I woke up this morning doing a lot of reflecting. This week, like two other times in my career, I will leave an NBA team to join a new one. I am happy and proud to start a new stage of my career with the San Antonio Spurs. I am thrilled to join an unbelievable NBA franchise, with an amazing head coach and staff, and a roster full of talent, toughness and competitiveness. I will be a part of a team that has become a role model for its consistency, loyalty to its players, style of play, philosophy and overall excellence — a few of the reasons why the Spurs have been at the top of the league year after year the last 17 years since they won their first championship in 1999.

One thing is certain in life and basketball: There will always be change. Switching teams is always a hard choice to make — new city, new life, new teammates. Sometimes it feels like just at the moment you start getting a sense of your new community and fans, you have to uproot to a new place.

I am still as driven as ever. I still need challenges. At the age of 36, the furnace of my competitiveness is still burning as hot as it was when I was a rookie in Memphis.

But back as a rookie, my competitive drive was mixed with frustration. Not a small amount of it, either.

I still think of one moment. It was after the third game of my NBA career. I was a rookie with the Grizzlies, coming off the bench. We were losing the game and I got subbed in during “garbage time.” I played terribly. I didn’t feel like myself, and it was embarrassing. I got pulled out of the game.

I was so frustrated. After the game I went straight through the tunnel to the weight room, where I knew no one would be. I didn’t want to go to the locker room. I just sat by myself with my head between my hands, taking it hard.

Then I felt a hand on my head. It was Lorenzen Wright, who was a veteran on the team.

I was still “the new guy from Spain” and I didn’t know my teammates very well yet, but Lorenzen had been nice to me in training camp.

“Don’t take it so hard,” he told me, “And don’t be afraid of mistakes. You’re going to make plenty more on the way to getting it right.”

I thanked him, and as he walked out he said something that meant so much to me.

“I’m here for you if you have any questions.”

It was a truly amazing moment in my NBA career. Now that I’m an older player in the league, it means all that much more. When a veteran guy actually takes time to look out for a rookie it goes a long way. It went a long way for me. As I reflect on that moment, there’s sadness too. In 2010, I remember hearing the news of Lorenzen’s death. 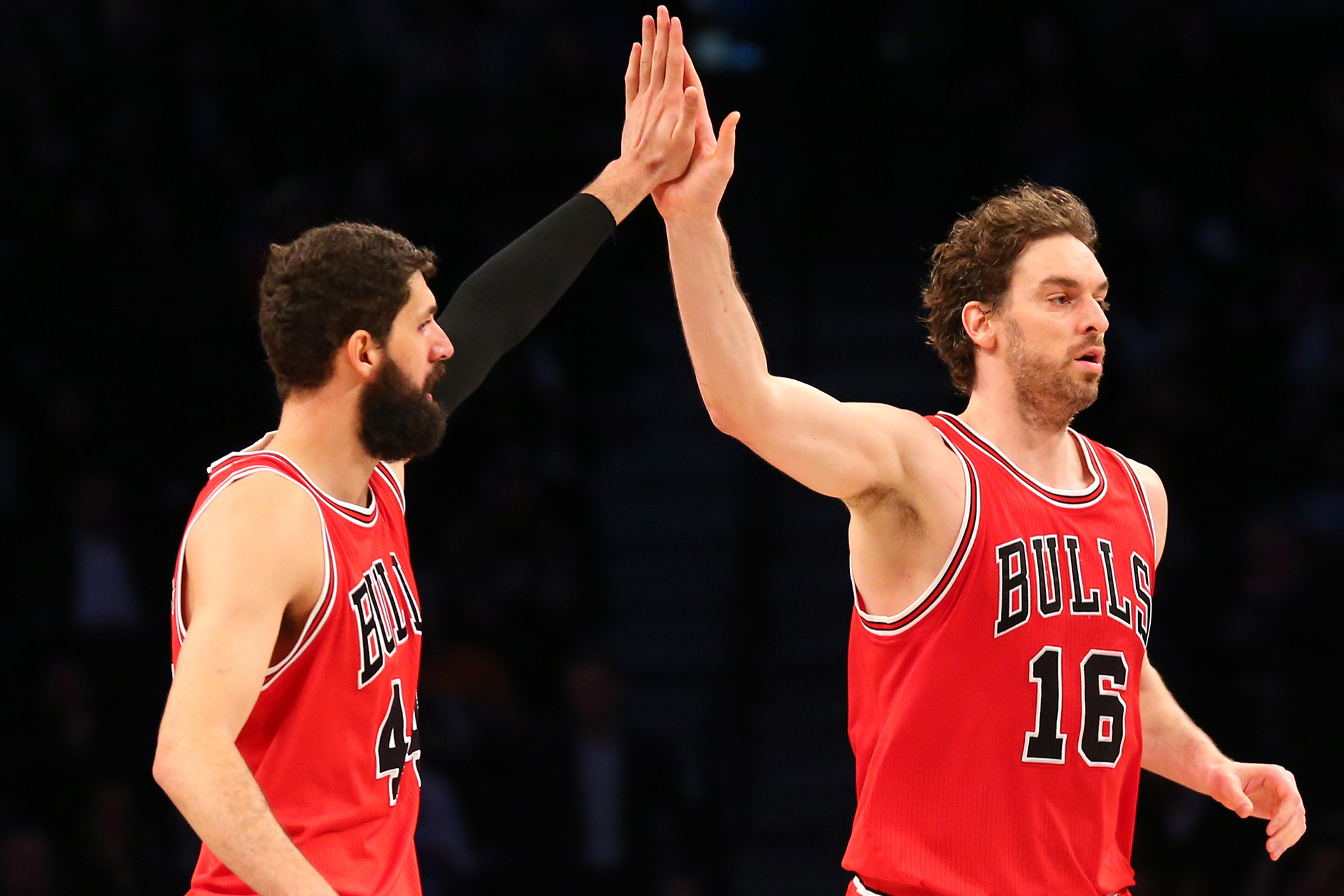 When I got to Chicago, Nikola Mirotić and I developed a friendship. It was his rookie year. The majority of the minutes for the power forward and center positions were shared amongst Jo, Taj and me — so Nikola didn’t play a lot at the beginning of his rookie season. Over the course of his first year, I noticed that he was getting frustrated. It was like watching myself as a young player. He only had about 10 minutes a game to make an impact. Time and time again, I saw him getting frustrated as he wasn’t playing at the level he knew he could.

After a game, I could see Niko really upset and at that moment the story about Lorenzen Wright came to my mind. I pulled him aside and told him about my rookie season and the frustrations I had. I reminded him to be patient and continue to work. Your time will come, I told him.

I’m not sure he believed me. Maybe he thought it was just another older player saying, “Be positive.” But I didn’t stop checking in on him — making sure he was balancing his frustration with a positive outlook. I was impressed with him. He kept working hard in practice even when he wasn’t getting minutes. The veterans on the team noticed. The coaches definitely noticed. Not too long after our conversation, we suffered a spate of injuries and Nikola got his chance. Suddenly he was playing 30 minutes a game, not 10. He even had some breakout games where he was our high scorer. His second year, he did more of the same. People started to say things like, “This guy Mirotić came out of nowhere!”

But he didn’t come out of nowhere. He was always there. Staying ready.

The NBA gives and it takes. With the Bulls these last two years, the league certainly took a lot from us. The injuries were really frustrating.

I know the Bulls organization and the fans had high expectations for our team. I came to Chicago to win and it stings that we weren’t able to live up to our potential.

I take so many positive things away from the entire experience in Chicago. I saw Jimmy Butler transform from a role player the season before I got to the team, into an All-Star in this league — and more importantly, into a leader. I hope to watch him continue to rise — and carry the team with him — for years to come.

I will be forever grateful to the Reinsdorf family, to the entire Bulls organization, to the players, and especially to the fans, for making me feel loved and at home, through good times and bad. You were there for me, and I will carry the memories we made together at the United Center and in the community for the rest of my life. 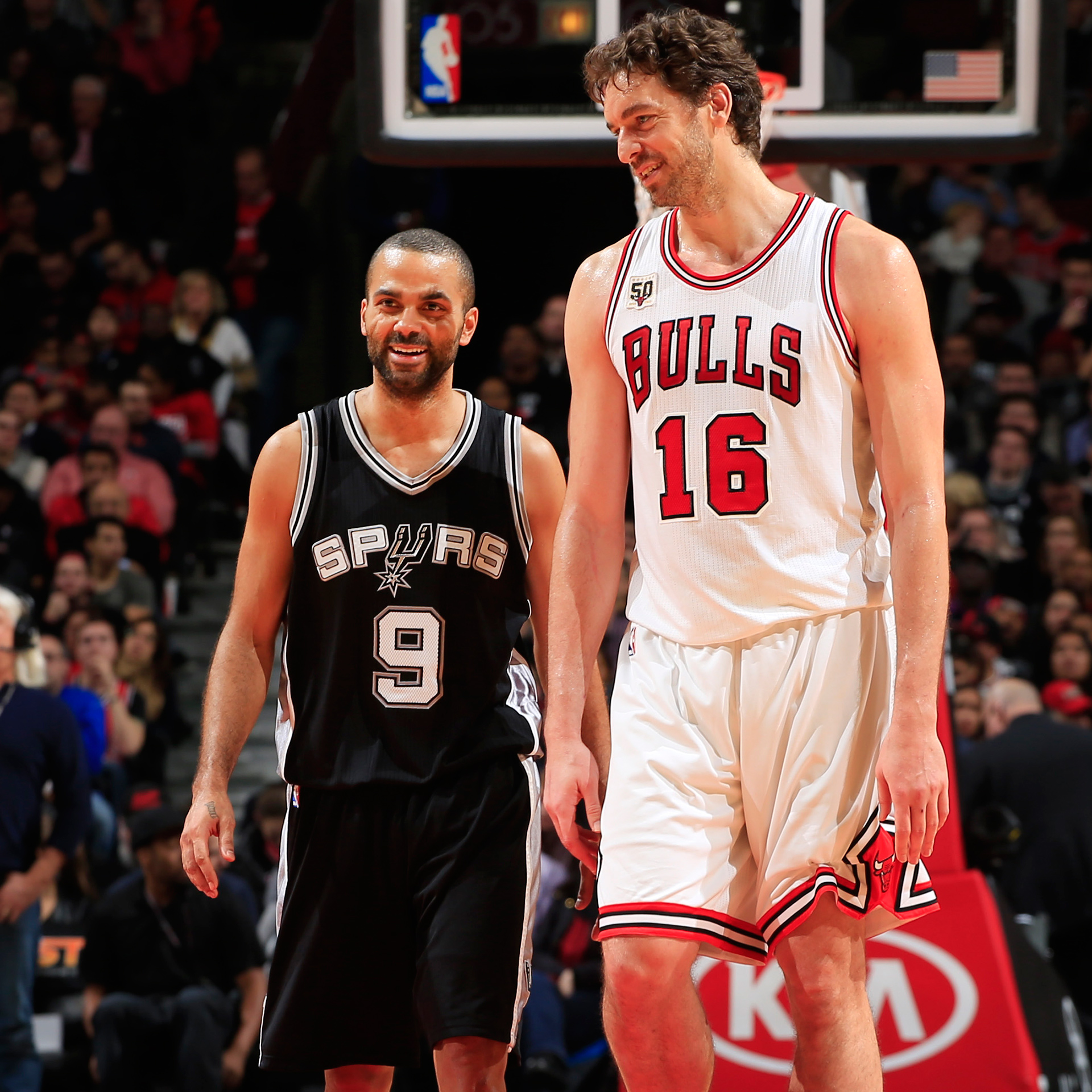 Throughout my career in the NBA, my desire has always been to be an instrumental part of a team with a chance of winning the championship. That’s really important for me. Winning on the court takes precedence over anything else, and obviously this continues to be the case with my decision to join the Spurs. I am incredibly grateful for this tremendous opportunity and I will do my very best to contribute my experience and work ethic to help this extraordinary franchise achieve its goal.

For the next several weeks, I will be preparing with the Spanish national team for yet another big goal: an Olympic gold medal.

But today, I want to take a break from it all and say: From the bottom of my heart, thank you, Chicago.

San Antonio, I can’t wait to get started. See you very soon.