On to the Next

Welcome to Tuesdays with Richard on Thursdays, a weekly multimedia series featuring Seahawks All-Pro cornerback Richard Sherman. Throughout the 2016 season, Richard will provide a unique and intimate glance at his life behind-the-scenes and on the field, across articles, photos and videos.

Earl Thomas was sitting in front of his locker after the game, and I could tell he was frustrated. Then he stood up, put his backpack on, left the locker room and walked out to the parking lot. He didn’t really talk to anybody. He just got in his car and went home.

That’s one of the things that makes Earl great. Anybody who knows him knows that he holds himself to an incredibly high standard. That day, he felt he didn’t play up to that standard. We got a win, and that was great. But Earl understands — like everybody else in the locker room — that just because you win doesn’t mean you did everything perfectly.

And conversely, just because you lose doesn’t mean you did everything wrong. 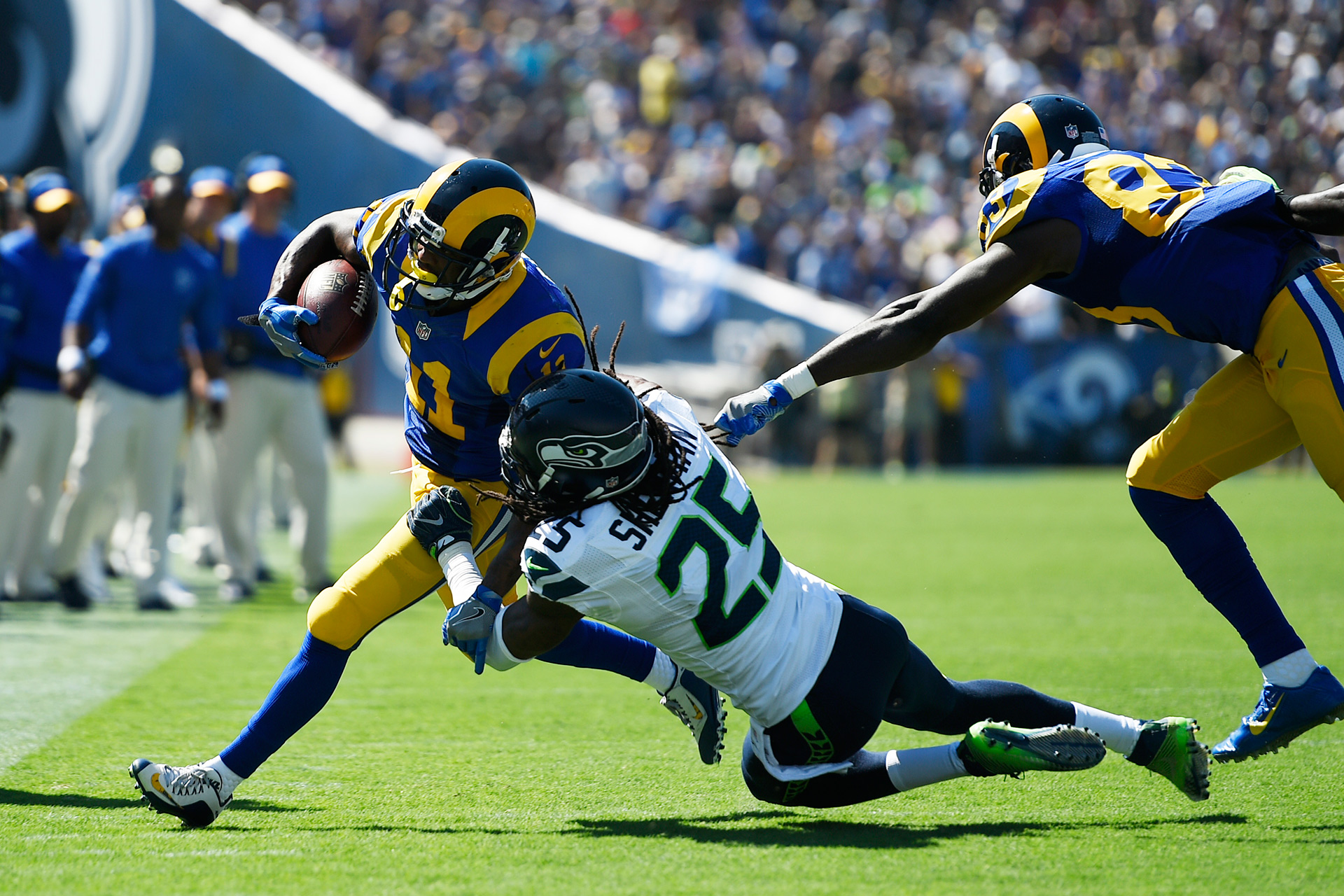 We lost a tough road game to the Rams in Los Angeles last Sunday. Was I angry that we lost? Of course. Winning never gets old and losing always sucks. But you have to treat those two impostors just the same.

After a big win, we get asked questions like, “How do you avoid a letdown next week?”

After a tough loss, we might get asked, “How do you rebound for next week?”

My response to both questions is that you treat every win and loss the same.

If we would have lost in Week 1, Earl would have felt the same way after the game because in evaluating his performance and his contributions to the team, he wasn’t satisfied with either. He was focused on the things that had been in his control.

That’s one of our many mottos: Control what you can control. That expression was why Earl came in the next morning — after walking out of the locker room on Sunday frustrated, without talking to anybody — and went on to have a great week of practice. Because he knows that come Monday morning, you can’t control what happened on Sunday, and every minute you spend living in the past and dwelling on it is a minute you won’t be spending looking ahead to the next week and the next opponent. And that’s an easy way to lose back-to-back games.

It’s a predictable response, and probably not a very popular one with our fans, who have such passion for this game and for our team. The 12s are as much a part of this team’s identity as any one of us on the field. And when they go to work on Monday morning after a loss, they talk about it. They watch the analysts on TV talk about it. They’re not happy about it. And they want us to feel the same way. They want us to be as angry about it as they are.

Well let me tell you, 12s: This is our job. So trust me when I tell you that as much as you care — and as much as we appreciate all the love and support — nobody cares more than us. 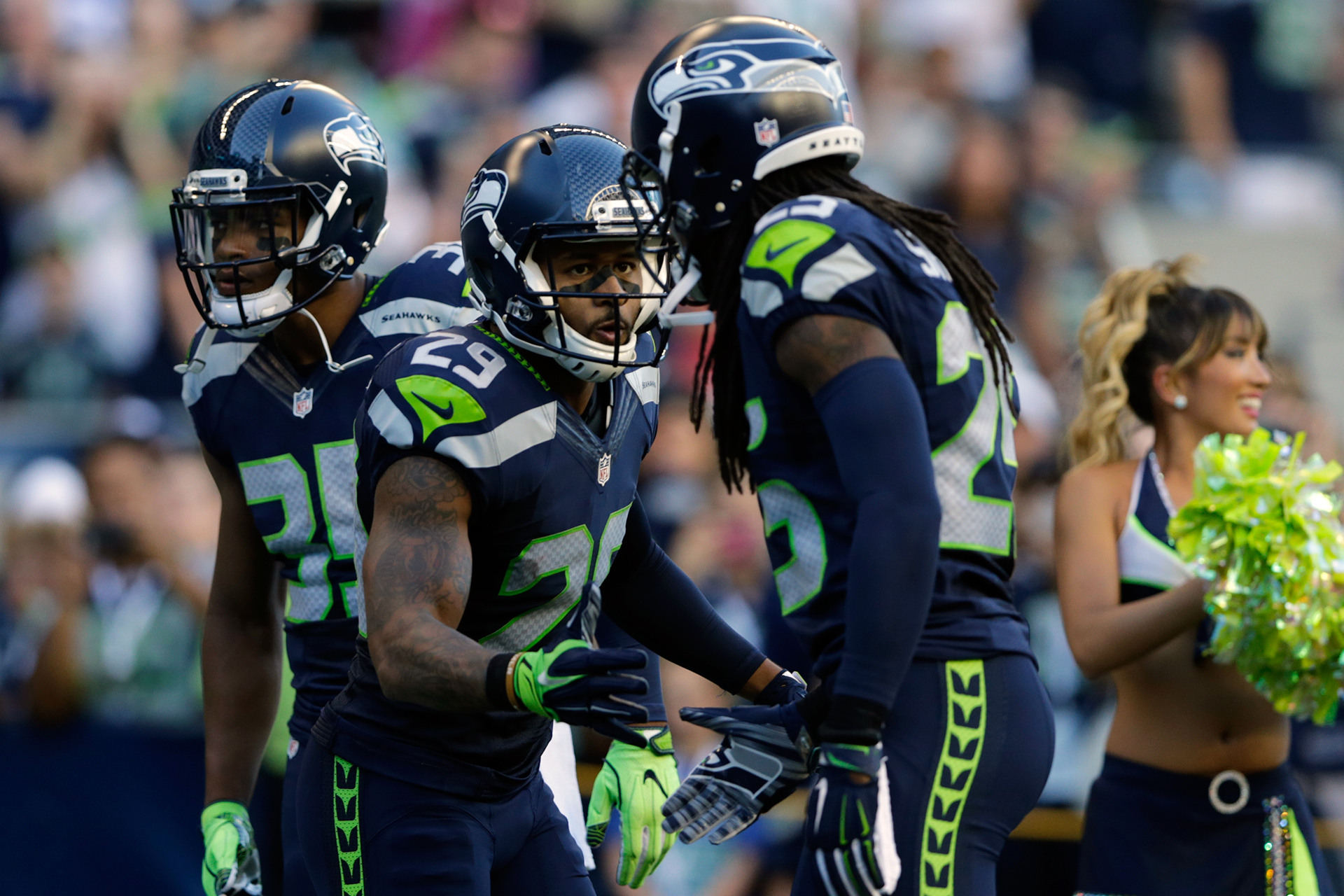 When I was younger, maybe I would have let it get to me — I would have gotten angry about a division loss, on the road, in a game where we didn’t even score a touchdown. But now that I’m older, I realize how shortsighted that is — sitting around moping and being pissed off isn’t going to do anything because you have to move on and prepare for the next opponent.

That’s something Pete Carroll is great about. After a loss, he’ll point out all the positives. This week, he’ll talk about how our defense went on the road in a wild environment — the first NFL game in L.A. in 22 years — and didn’t give up a touchdown, while holding the other team to three field goals. For us, that’s almost always enough to win.

But then he’ll also highlight the fact that we didn’t create any turnovers, and tell us that we need to get better at that. A lot of people on the outside will talk this week about how our defense did its job, but the offense didn’t get in the end zone. Well, you know what? Our defense didn’t create any turnovers, and our offense was on the wrong end of the field-position battle the entire game. So say whatever you want about our offense, but those of us on defense know that we didn’t do the one thing that could have put our offense in a position to succeed: force turnovers.

As you read this, we’re probably in the middle of one of the most intense Turnover Thursday practices we’ve had in awhile.

And we should be.

Our coaches are probably tougher on us after a win. Coach Carroll always tells us that he wants us to be ourselves, because that’s why he brought us here. Because we’re competitors. We’re the kind of players — and the kind of people — he wants on his team.

Part of being a competitor is being self-motivated. We don’t need a coach to get on our ass after a loss. I’ll get on myself about it, and so will each guy in our locker room. Like I’ve said before, we have a crazy team with some chaotic dudes — a bunch of alphas. Take Earl, for example. He’ll do everything he can to get better, even after a win, because that’s how Earl is. That’s what makes him great. He’s never satisfied, even when he plays well. 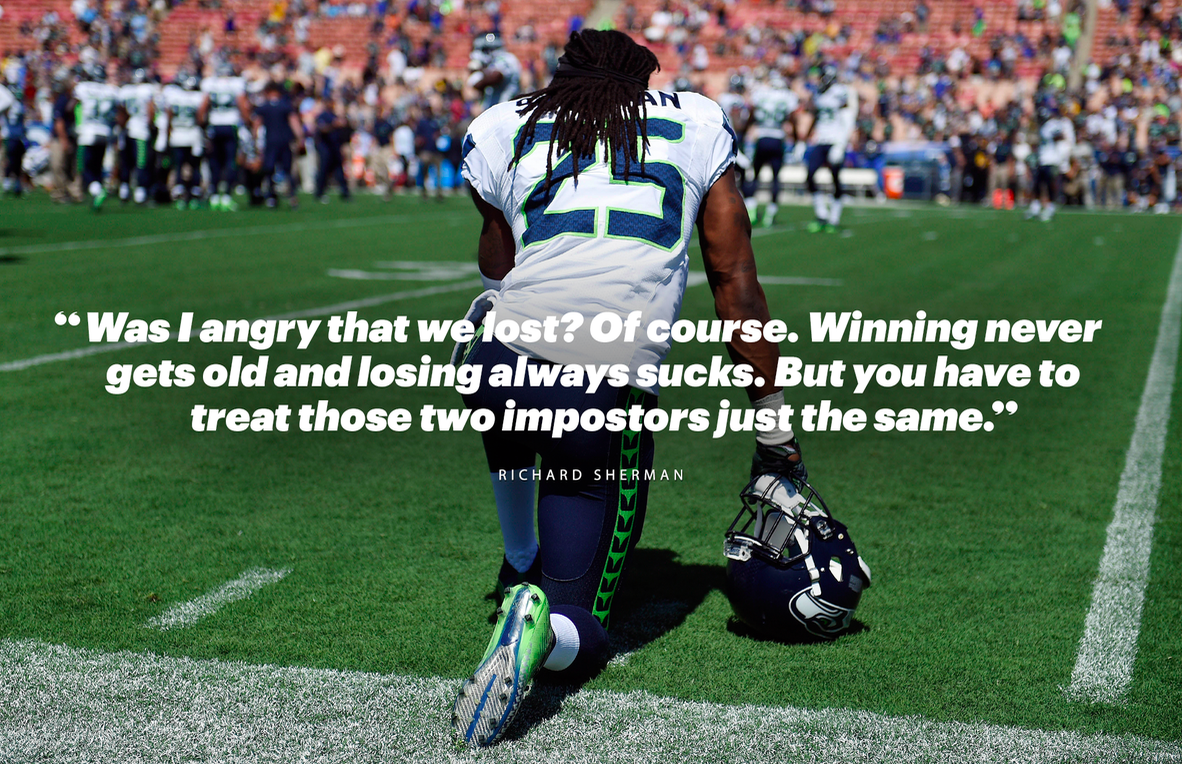 So were we angry that we lost? Of course. But we’re over it. (Besides, there are more important things going on in the world, like the fact that people are dying unnecessarily in our nation’s streets and that others are not being given the same rights and justices that every human being should be afforded. With great power comes great responsibility…. But more on that next week.)

Earl is tough on himself after a win because he understands that you have to treat two impostors just the same — you have to treat a win the same way as a loss. It’s difficult for fans to understand sometimes, but that’s O.K. That’s just because they’re passionate about this team and what we do every week, and that’s a big part of who we are.

We’ve lost playoff games. Hell, we’ve lost a Super Bowl. So I’m not going to get all worked up about a six-point loss in Week 2. We’ve started 2–0, 1–1 and 0–2 each of the past three seasons, and we’ve made the playoffs each year. So going into Week 3 at 1–1 this season, I think we’re in pretty good shape.

Last week was just another game.

On to the next.

For more from Richard Sherman throughout the 2016 NFL season, visit his Tuesdays with Richard on Thursdays page.