You have to come to the Midwest. Until you see it firsthand, you won’t be able to understand why people move away and then turn around and want to return just a few years later. That’s the story with me. I always look forward to the summers in Wisconsin. Sure, winters are tough, but they build character.

We’re Packers fanatics and we’re big on basketball — especially Wisconsin and Marquette. High school basketball is big, too. During winter months, you’re shoveling driveways and staying inside to watch sports. But from May to October, I can’t think of a more idyllic place than my hometown of Sheboygan, WI. It’s right on Lake Michigan, which looks like an ocean. We’ve got beaches. We’ve got surfing. We’ve got fishing and hunting (when deer hunting season comes around, everyone’s in their blaze orange).

Sheboygan’s home. It’ll always be. Come along for a tour of my recent weekend back to the place I grew up. 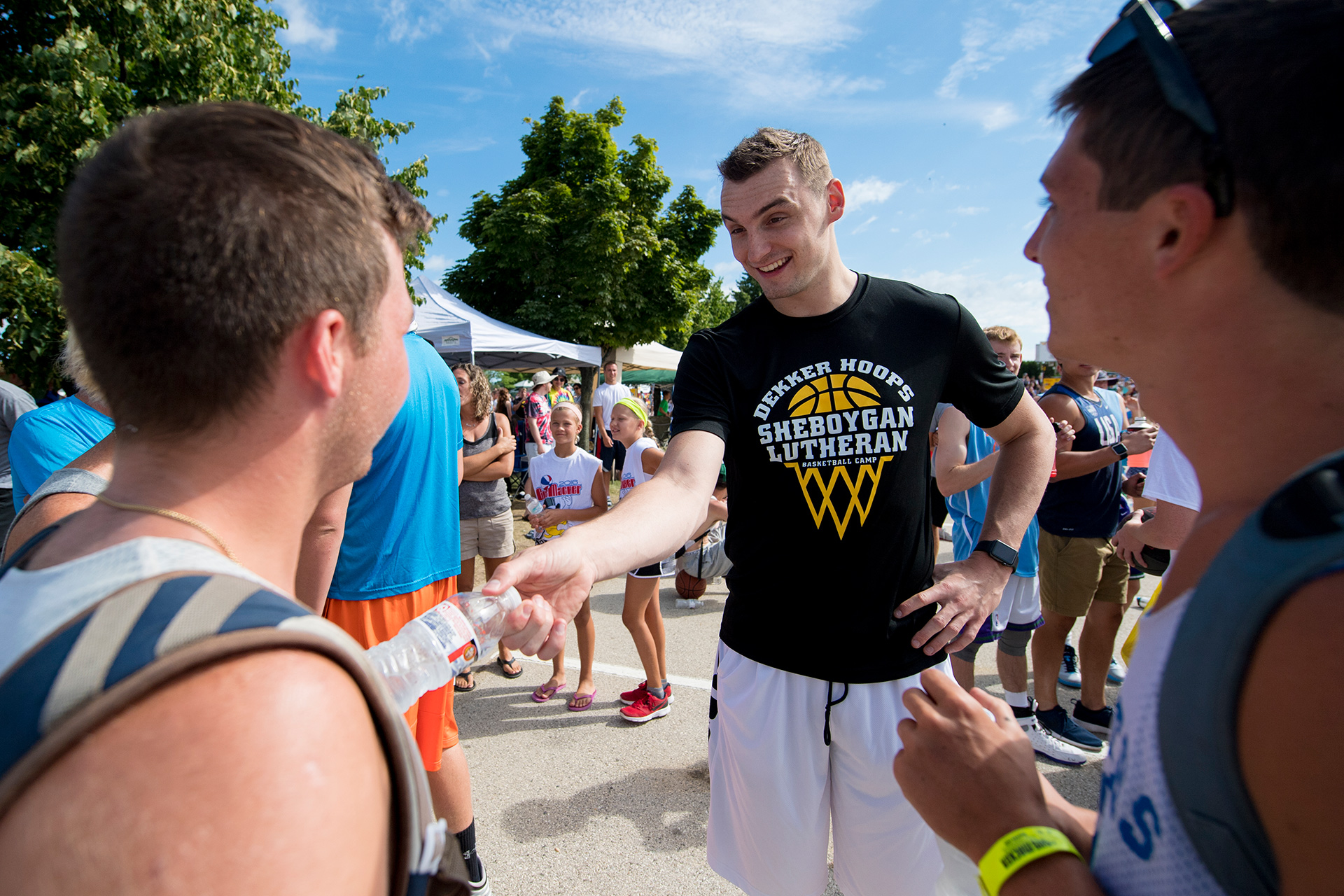 Probably the biggest weekend of the summer every year is the Gus Macker Basketball Tournament. I’ve been around “The Macker,” as we call it, my whole life. It’s a 3-on-3 tournament open to all ages and skill levels. People are very passionate about it. From a really young age, I had my team of four guys that I played with every year until I went to college. 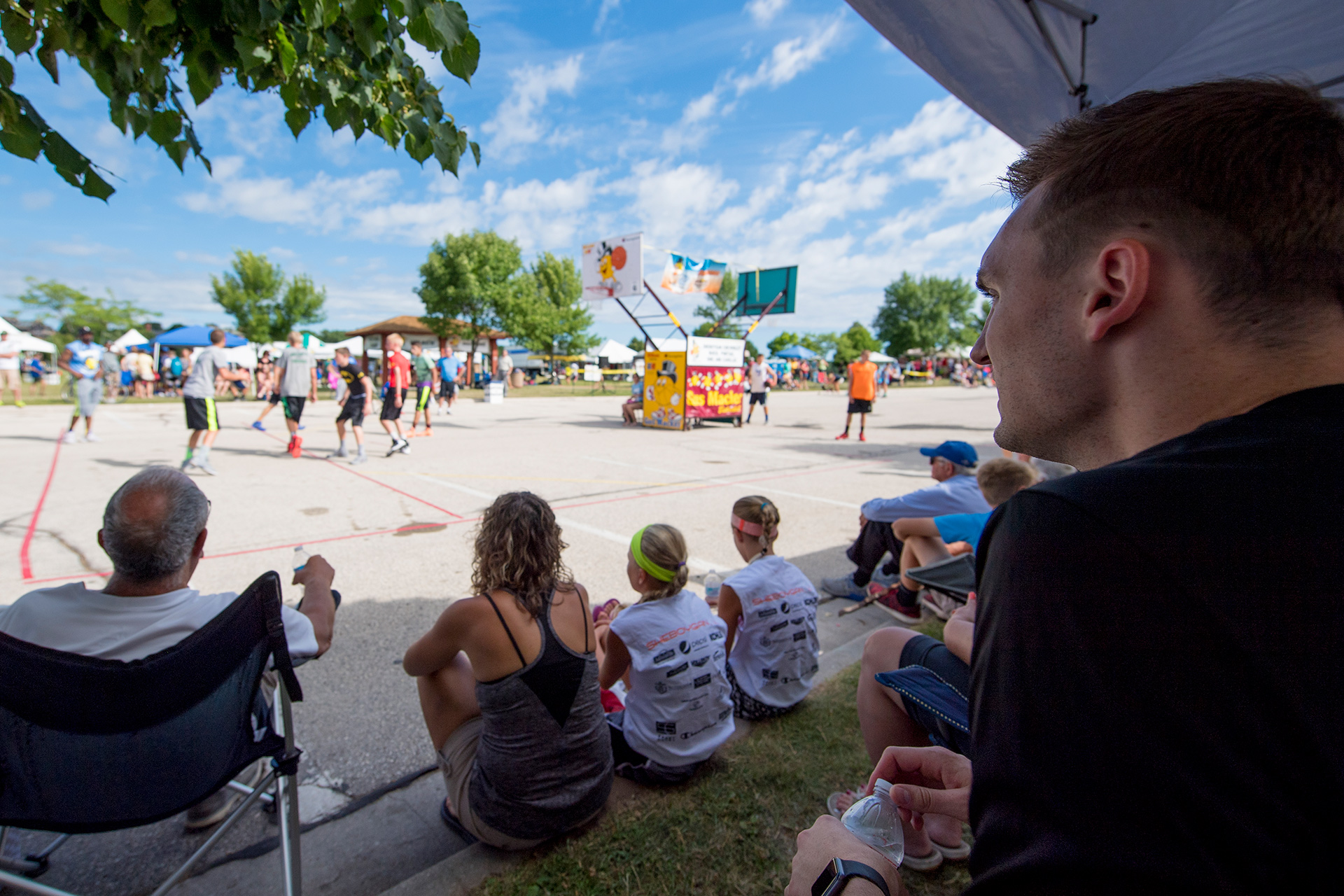 The atmosphere is really electric. People are cheering and walking around the outside of the court. There’s picnicking and music. 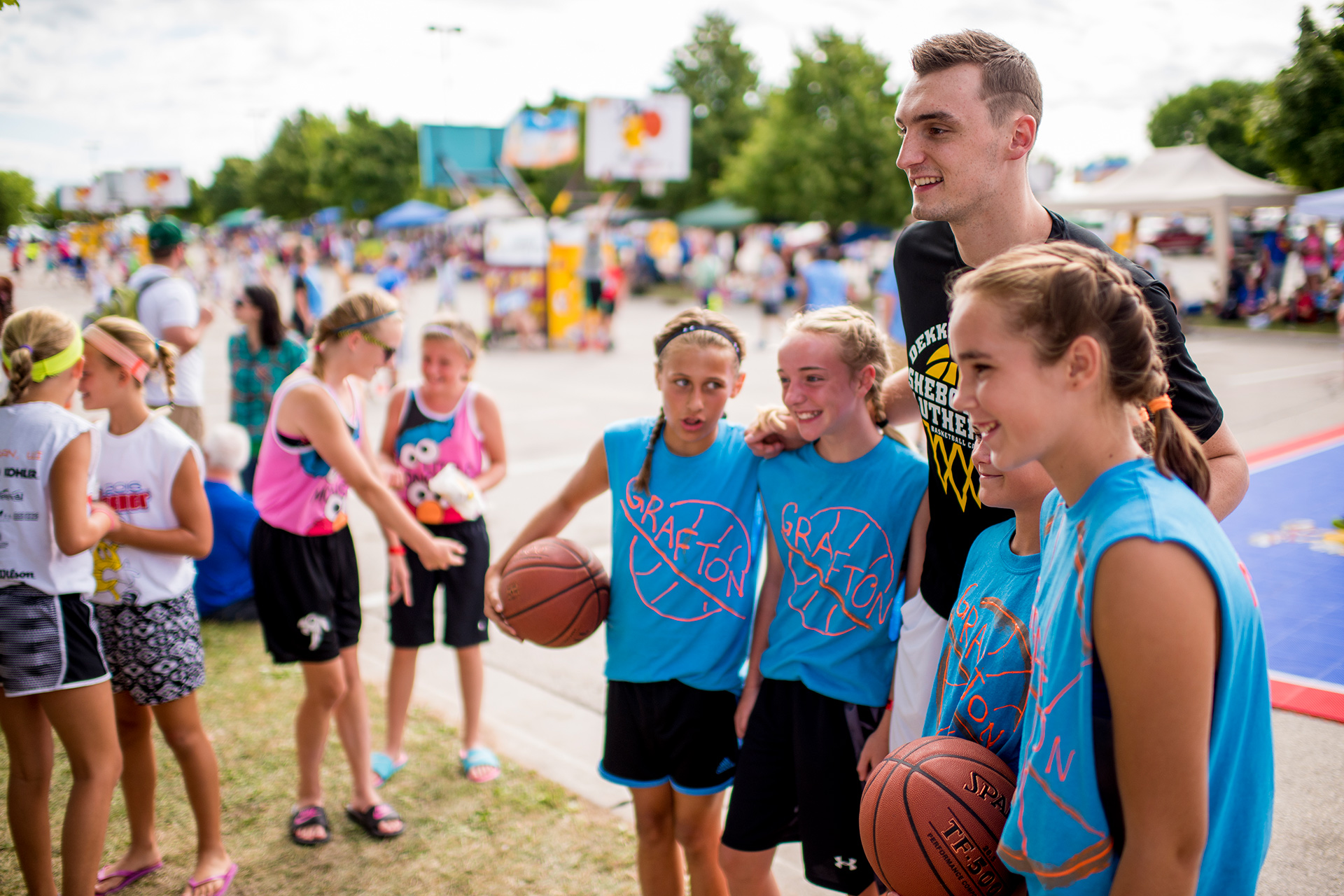 It’s a family thing, too. Everyone has been going back for years. Families grow up at the Macker. For years, my dad has been in charge of all the refereeing for the tournament. My dad is pretty chill as a ref, just like he is off the court. He’s a fair referee because he’s also a coach — so he knows what it’s like to be on both ends. 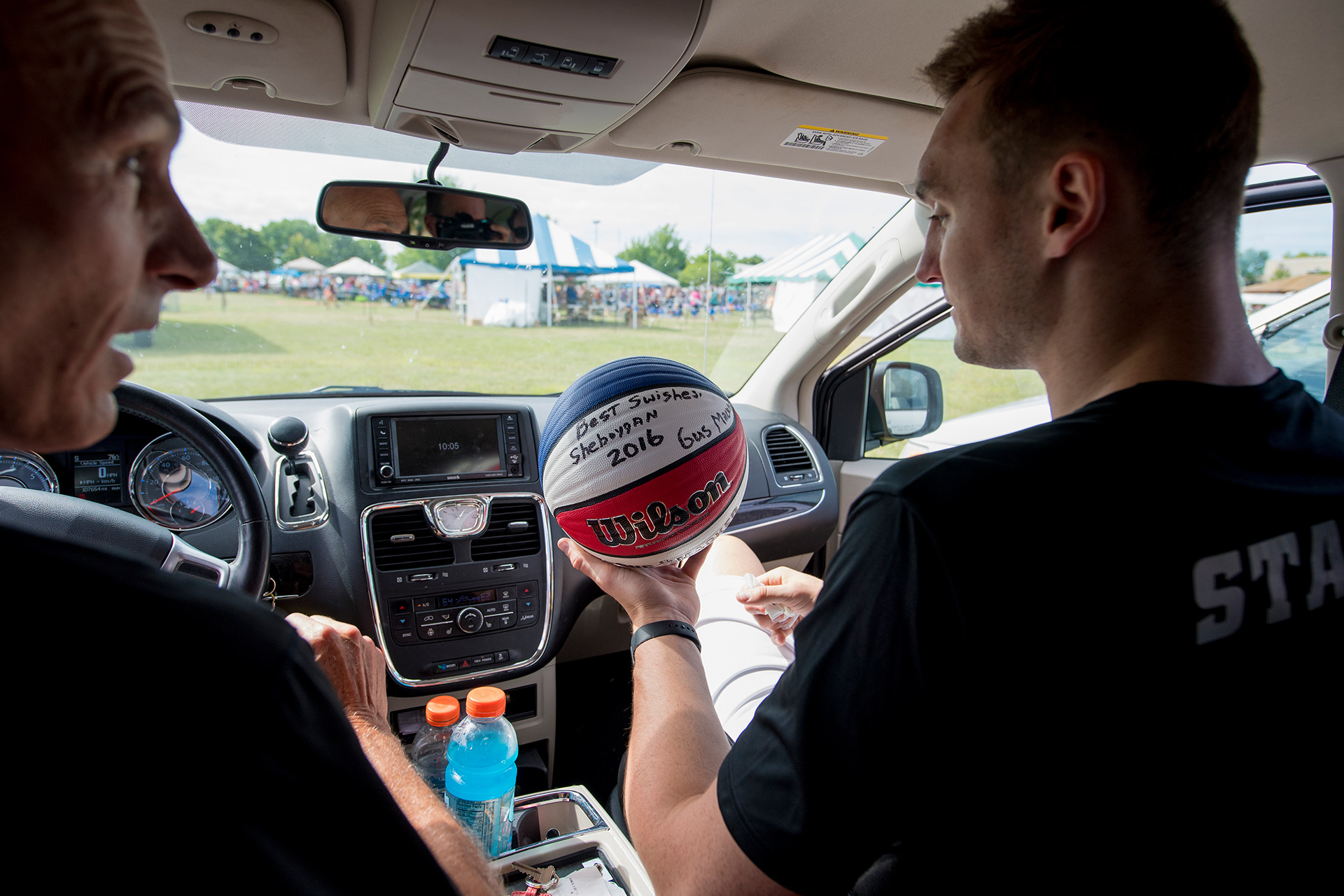 Basically, if you played basketball in Sheboygan, The Macker was the thing you looked forward to all summer. I hadn’t been back in a few years, so it was really fun to get to go back this summer. If people aren’t at the Macker, they’re at Brat Days, another great Sheboygan summer tradition. It’s a carnival with rides — and, of course, bratwurst. I’m talking bratwurst. For days. Every kind you can dream of. 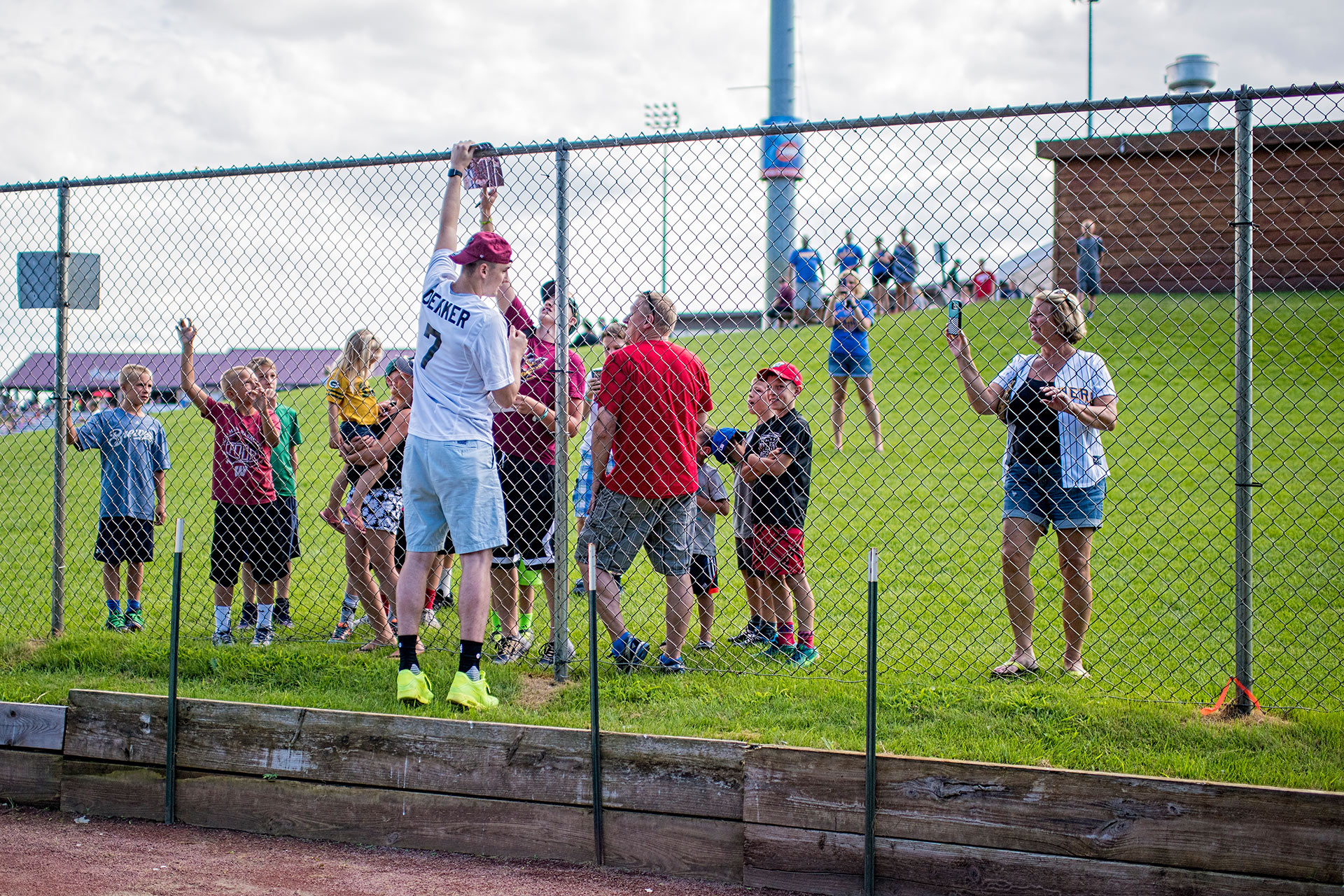 When I went back to Sheboygan this time, I also visited another old stomping ground — the Timber Rattlers minor league baseball game. 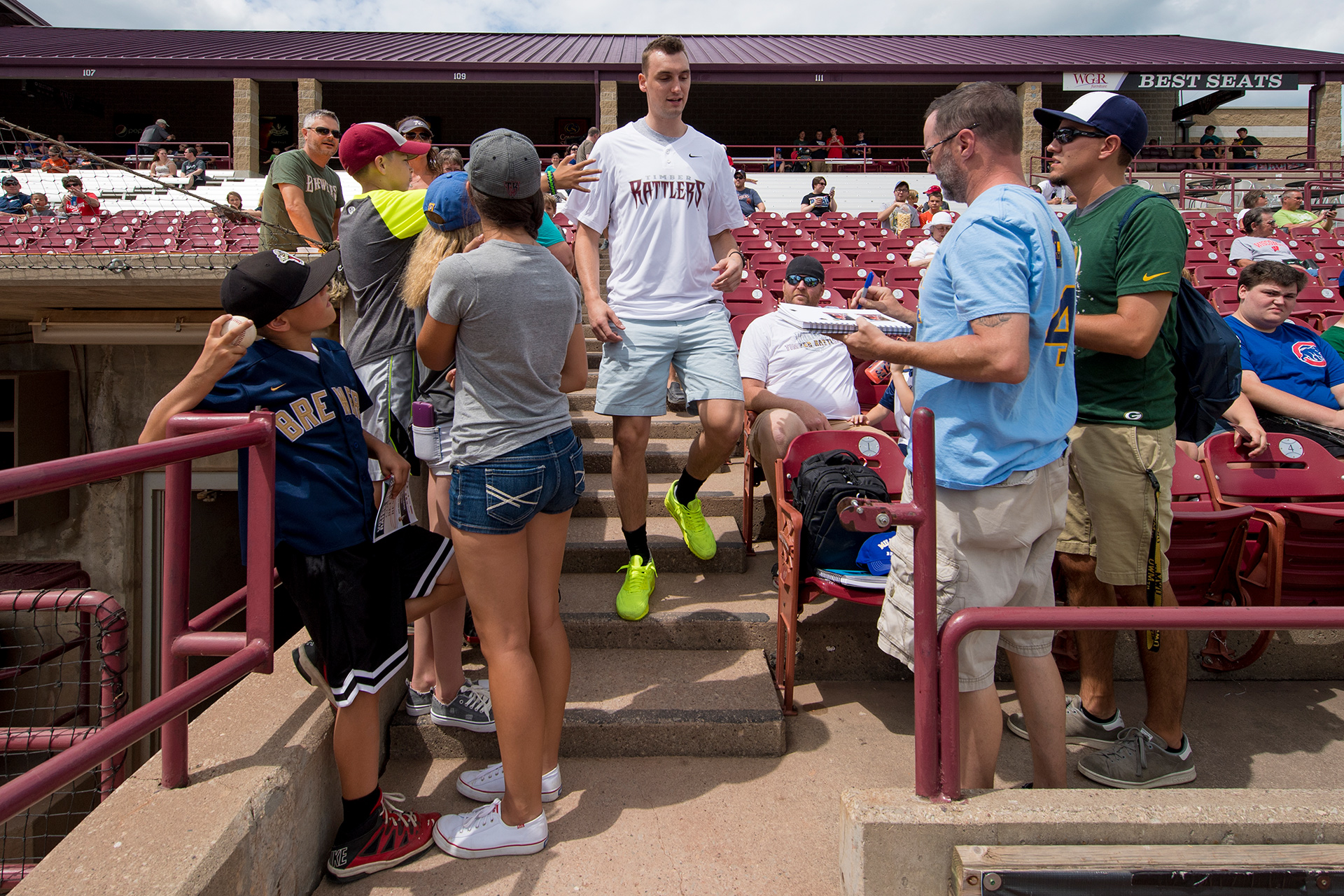 First off, this was cool because I’m a big baseball fan. Actually, I dreamed of playing for the Brewers as a kid. I don’t throw the gas like some people do, but I could throw with some movement — that was my go-to. Change ups, curveballs. You’ve gotta throw some junk at ’em. 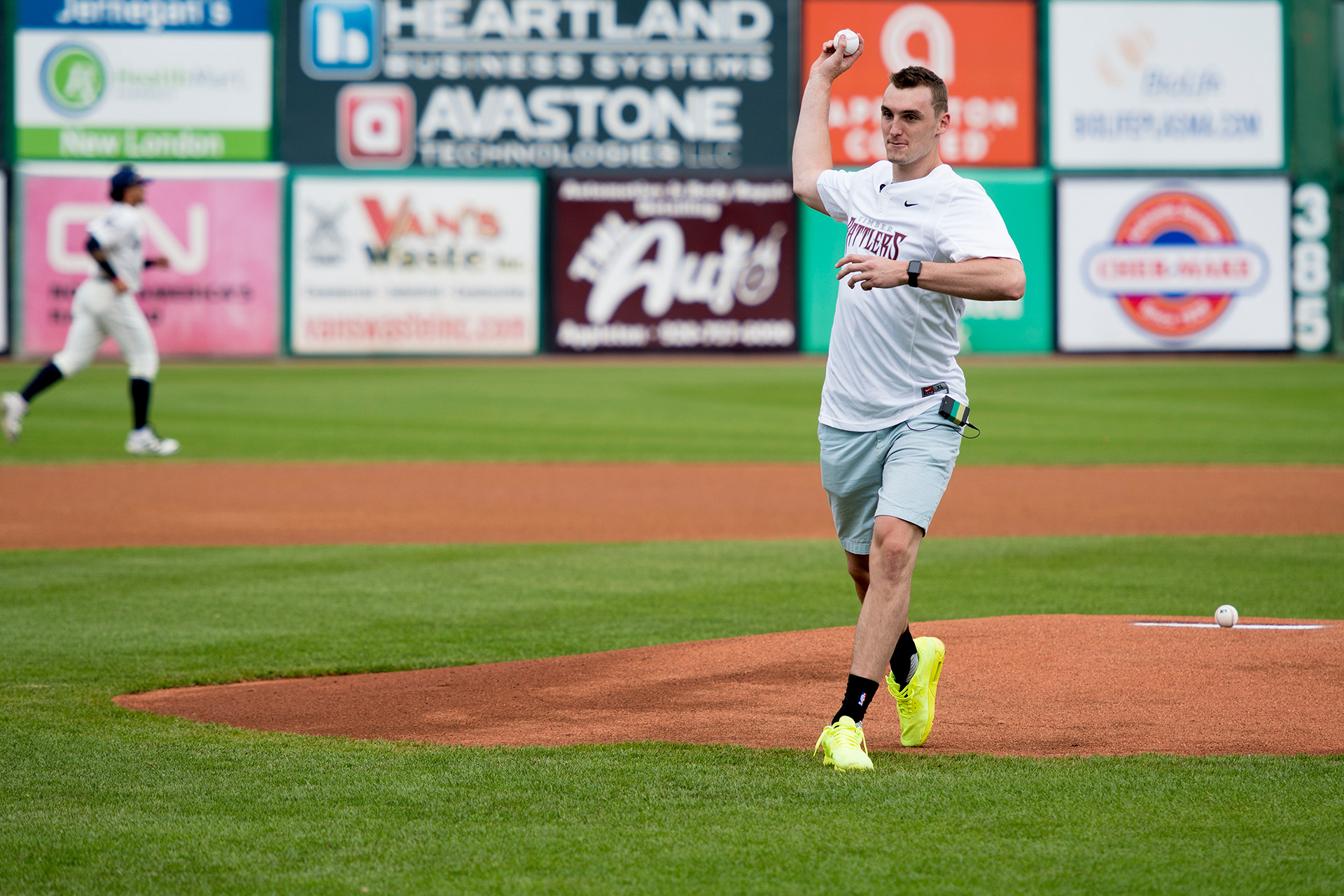 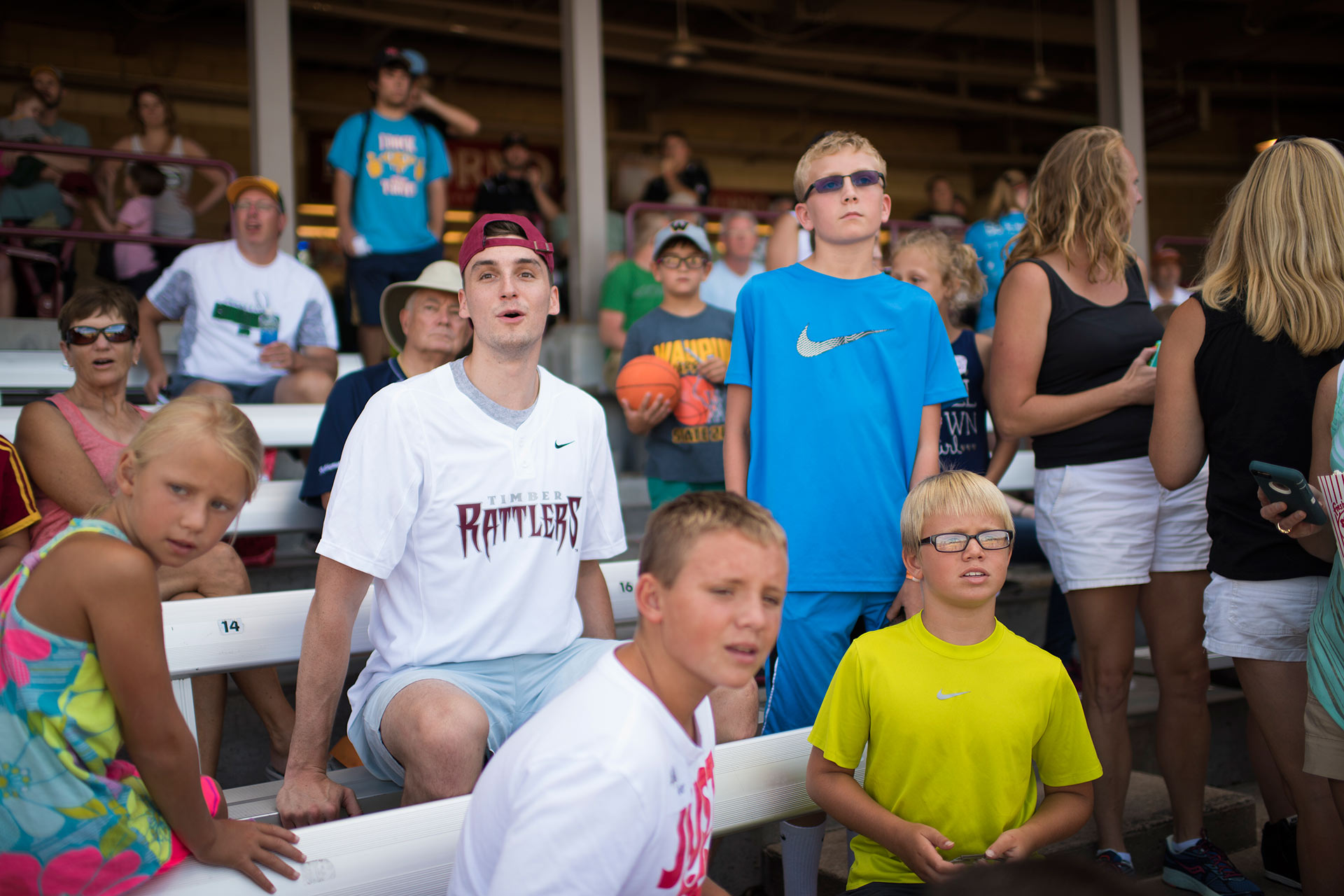 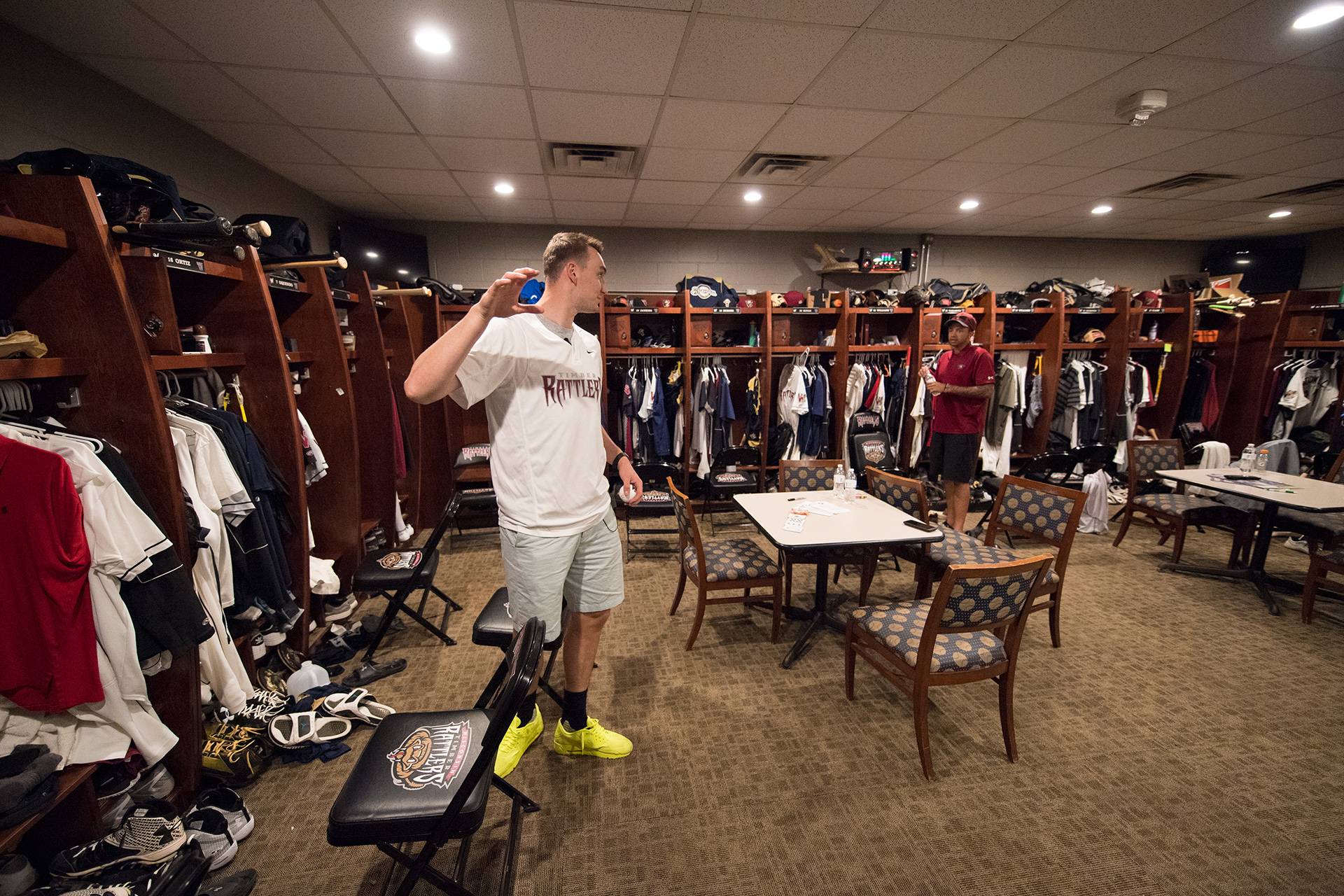 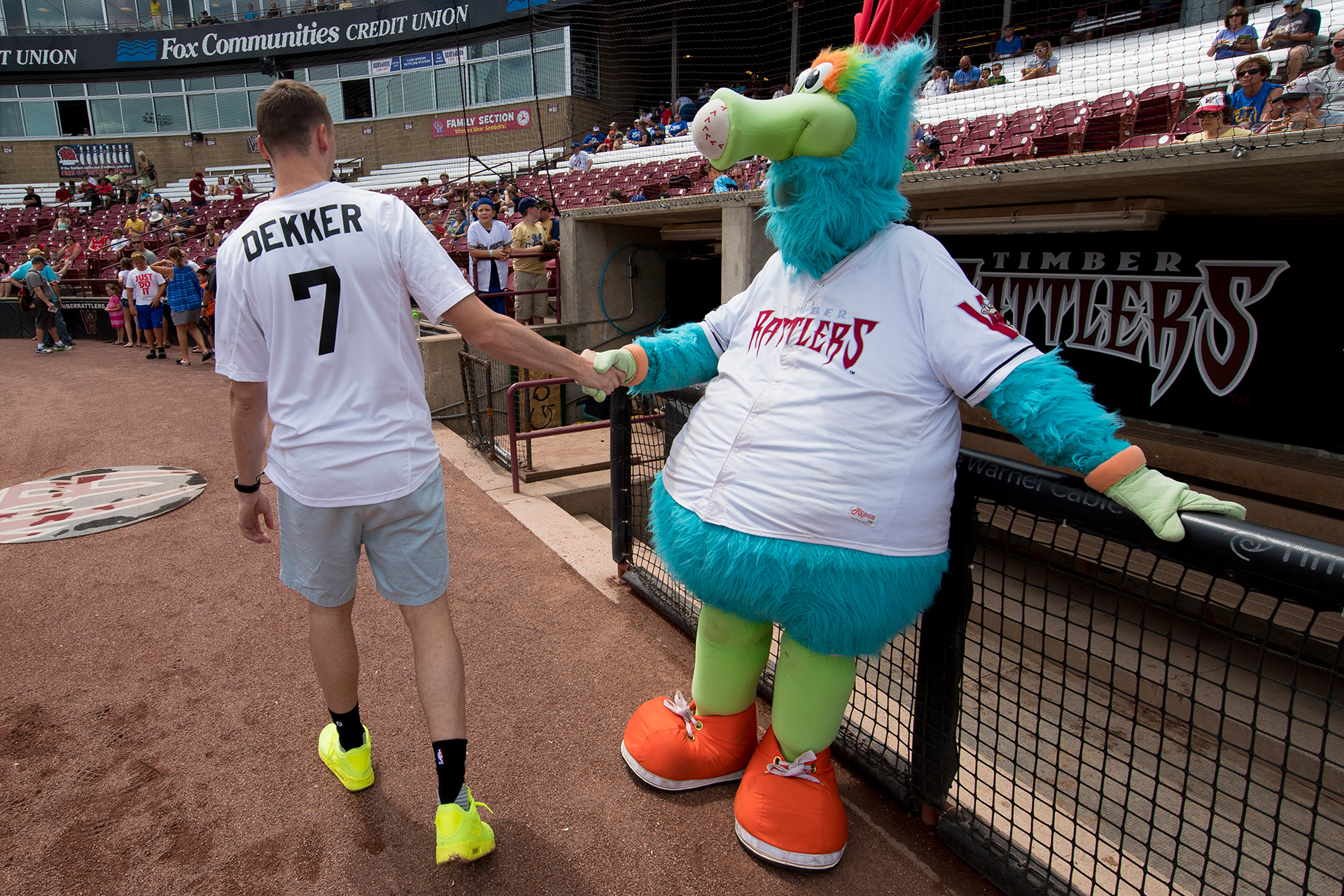 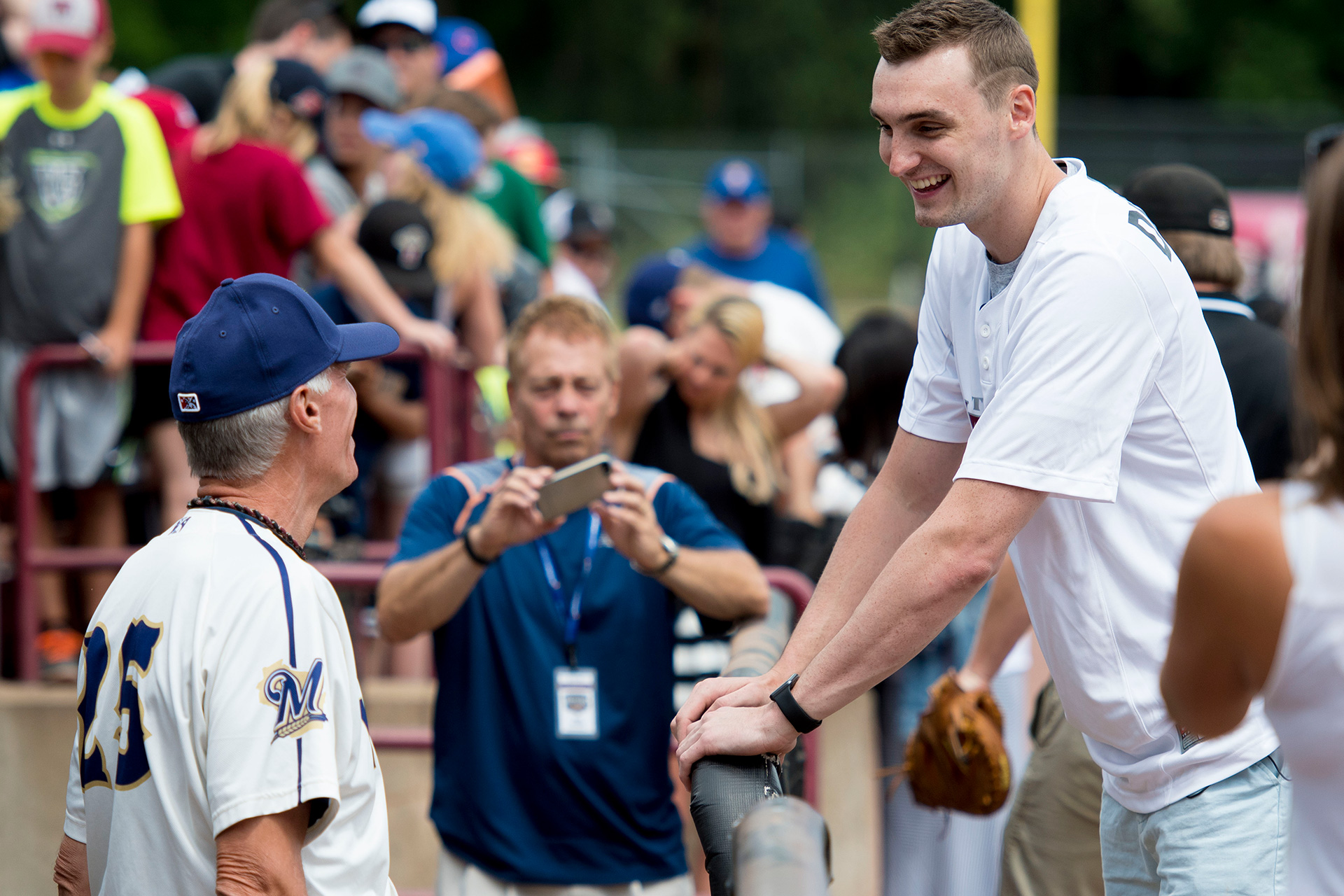 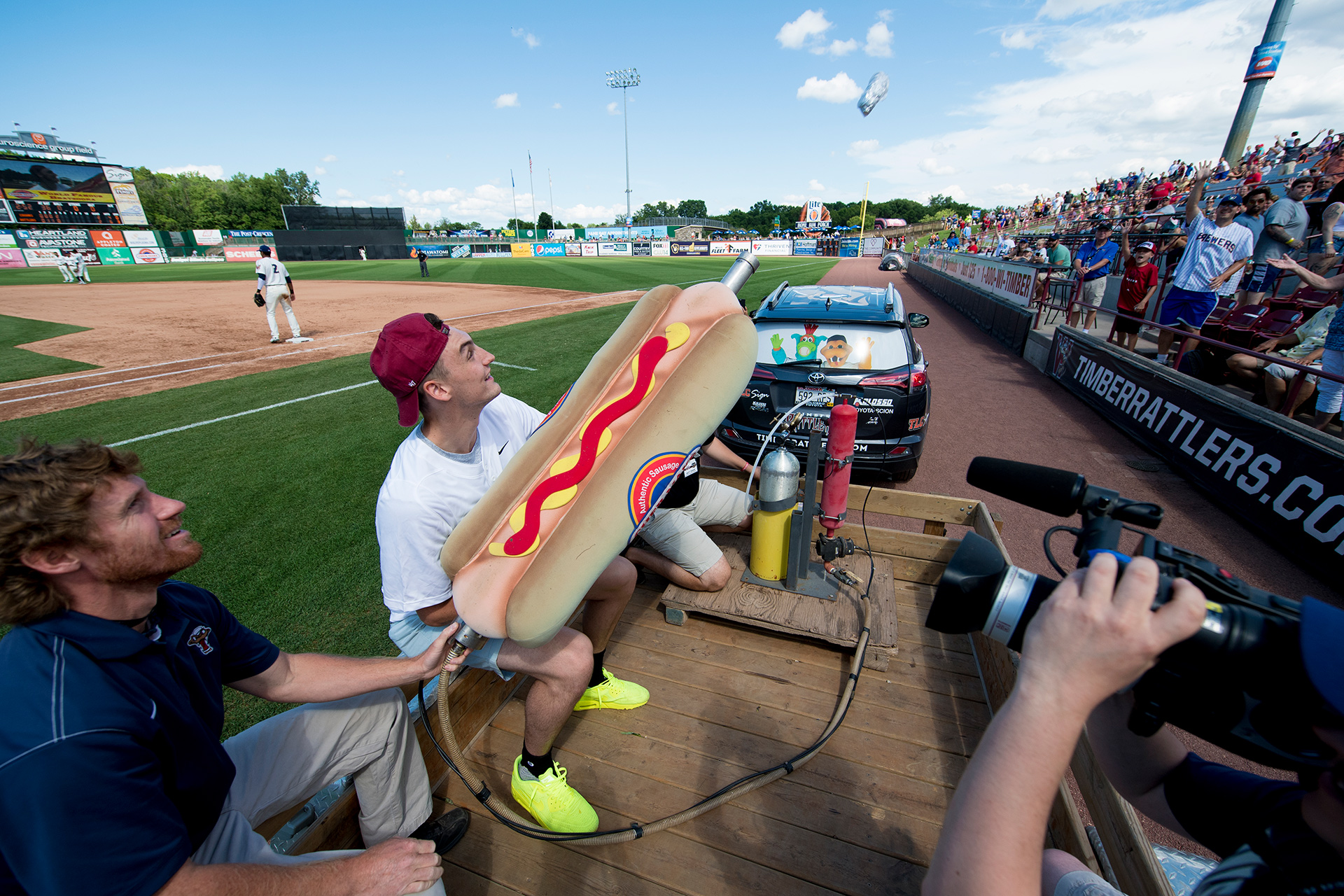 This is pure Sheboygan. It’s a cannon that shoots wrapped-up brats. Naturally, it’s called a Bratzooka. I was in heaven doing that. But it was a little tricky. They said if I didn’t aim it correctly, I’d shoot the brats clear out of the stadium. 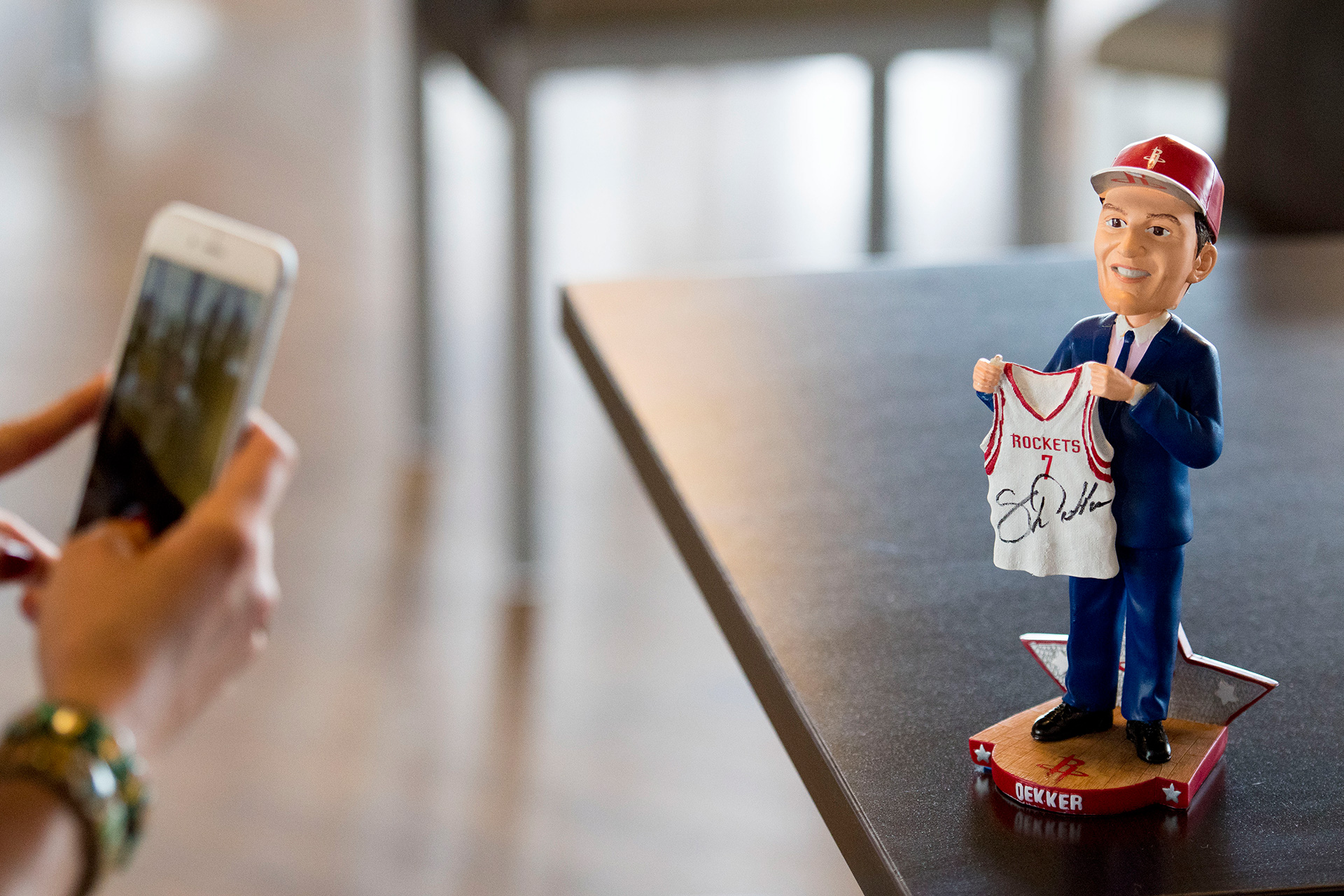 Next year, the Timber Rattlers say they’re going to have a bobble head of me shooting the Bratzooka. I can’t think of a bigger honor. 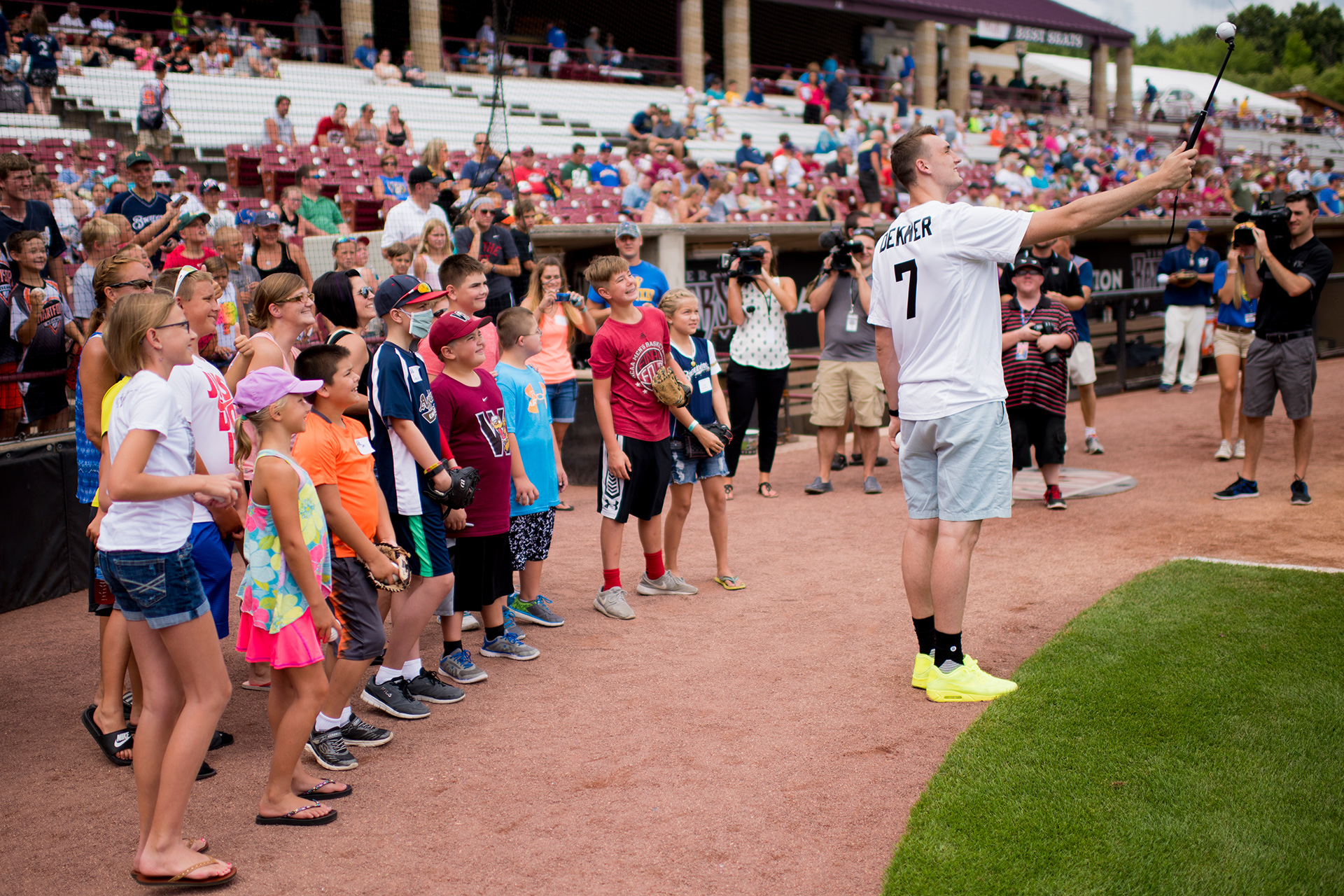 But for me, the Timber Rattlers game was about more than baseball. On that particular day, I was there to meet with local kids and families for the Timber Rattlers Strike Out Cancer Day. It’s an event I’ve been to for a few years. I saw some familiar faces from previous years. But some weren’t back. That’s the hardest part. One family who lost their son to leukemia came back this year to say hello. The fact that they would return to support other families is what the event is all about. 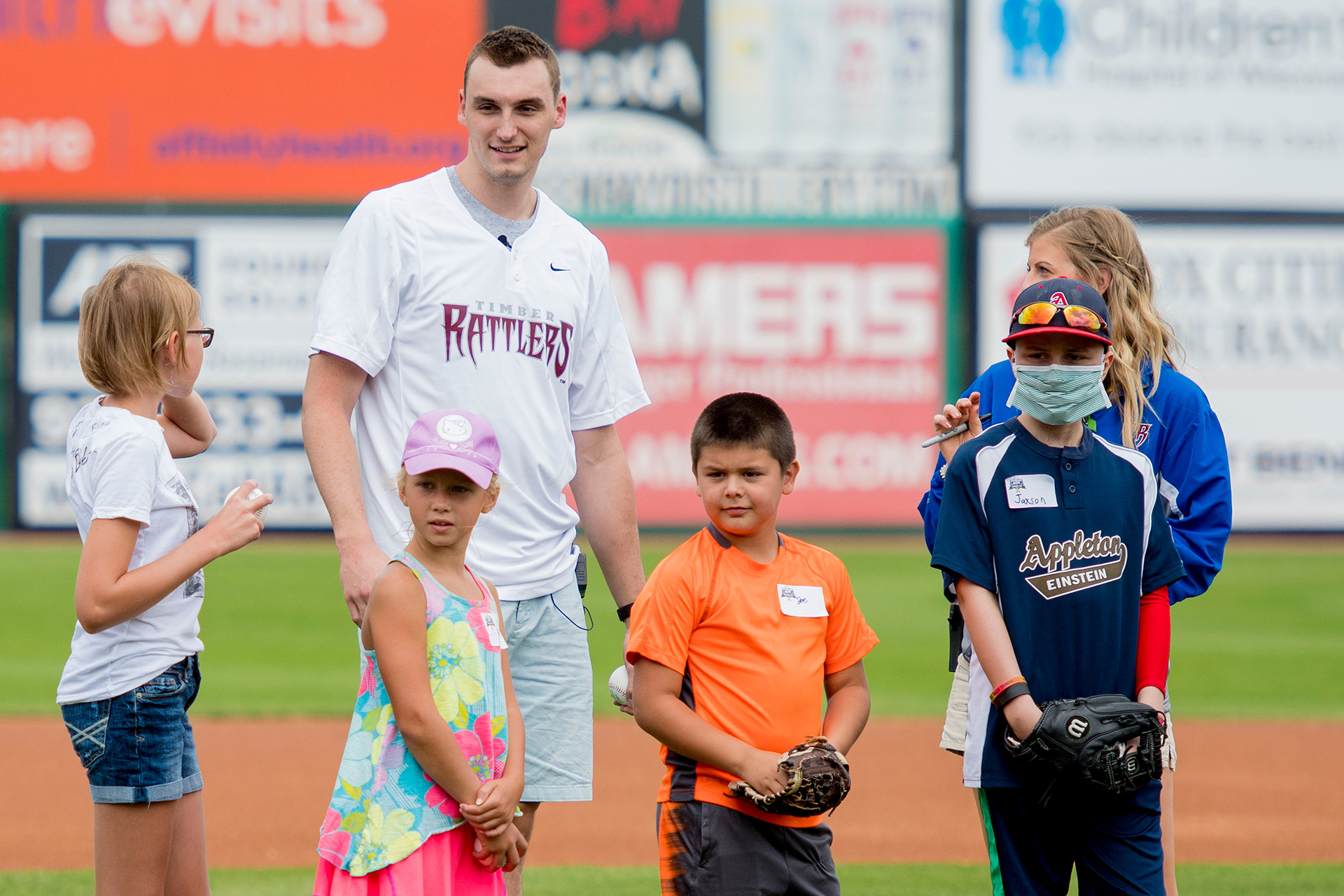 It’s one of the most meaningful things I do each year and I’m humbled. 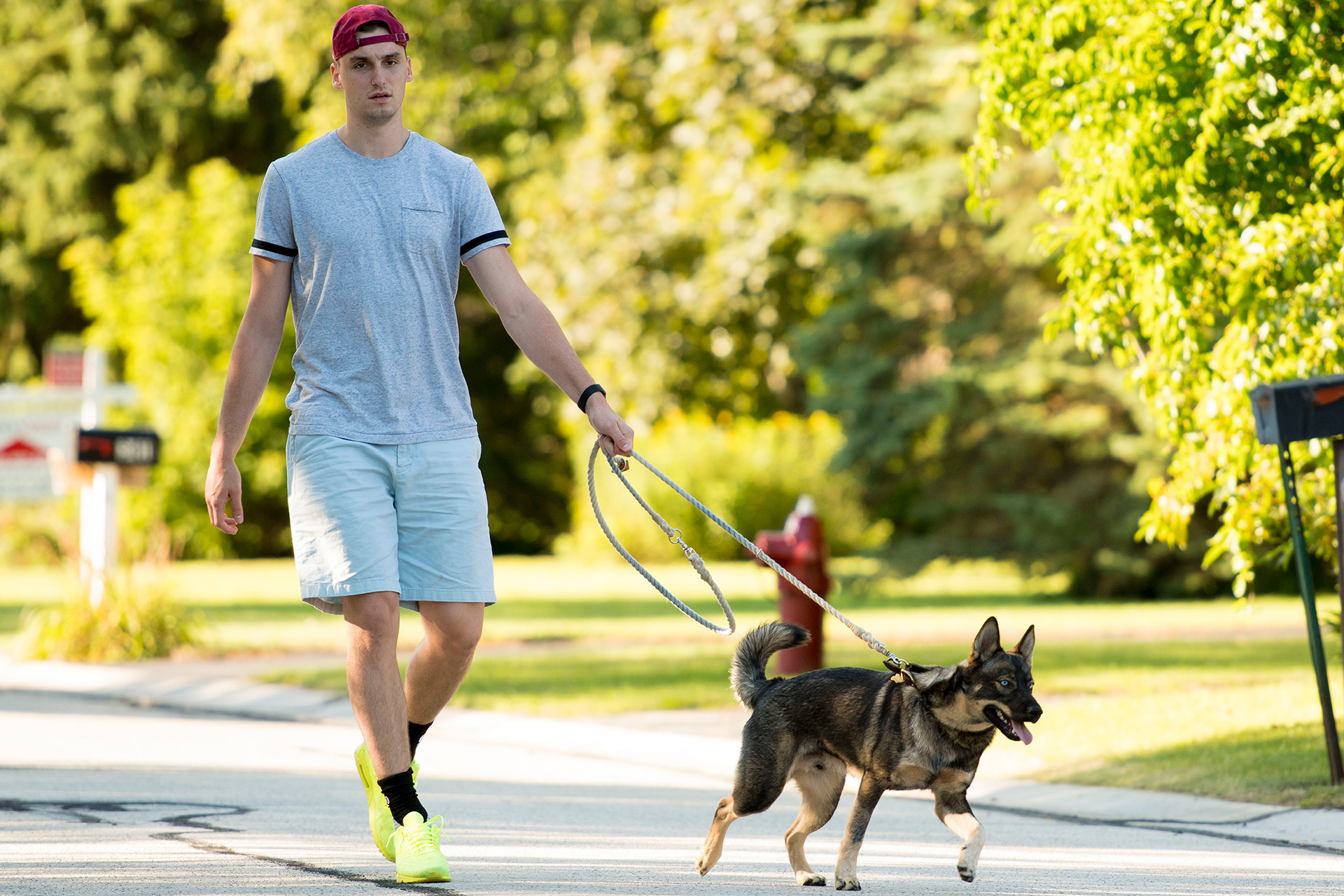 Rigs! This is Riggins, my puppy. He’s a Husky mix. The city that I got him from looked a lot like Dillon, Texas. A small football town. The moment I saw him, I said, “You’ve gotta be Riggins.” And I took him home that same day. The timing was right. I got him in December right after my back surgery. He made my life a lot easier in the last few months as I recovered. I couldn’t do much of anything at first, so Riggins was the perfect companion. As I got better, he encouraged me to take longer walks and be more active. Now, he’s kind of my best friend. 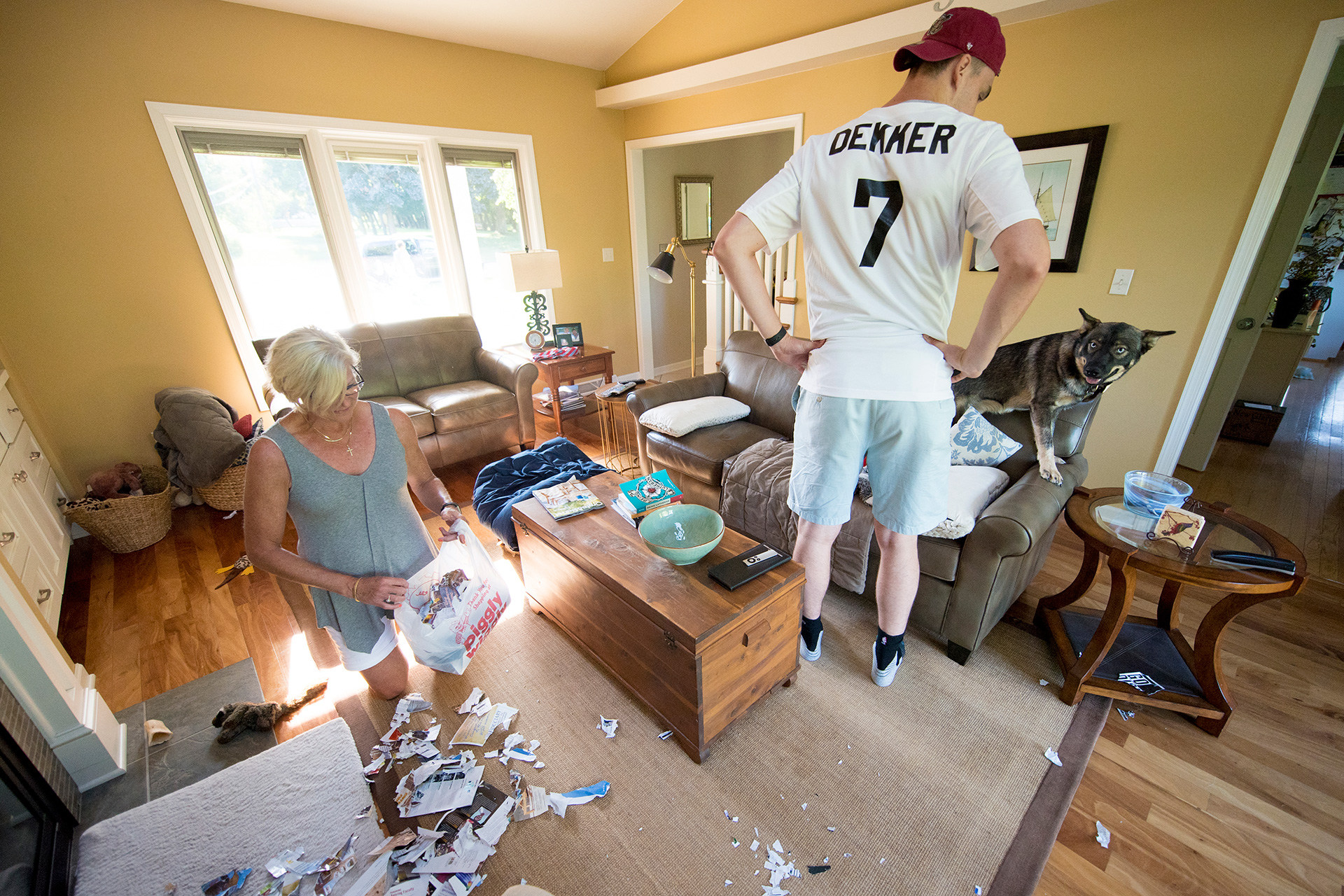 Riggins’ number one trick is sleeping. Usually puppies are all over the place, but this guy loves his sleep. Riggins does have his quirks. He is obsessed with water bottles, which he can chew for hours at a time, and golf balls, which he’d chase all day if he could. In my Houston apartment, I’m pretty sure my neighbors below me hate me because Riggins is bouncing golf balls around all the time. Sorry, neighbors.

Riggins can get into trouble, though. He’s comfortable in my apartment in Houston, so I don’t make him go in his crate. But when he visited Sheboygan, he went a little crazy at my parents’ house. My parents thought he’d be OK, but he must have gotten bored. He got a hold of a magazine and ripped it all up — every single page was torn into tiny pieces. But Riggins knew that he messed up. His ears went down and he got submissive. 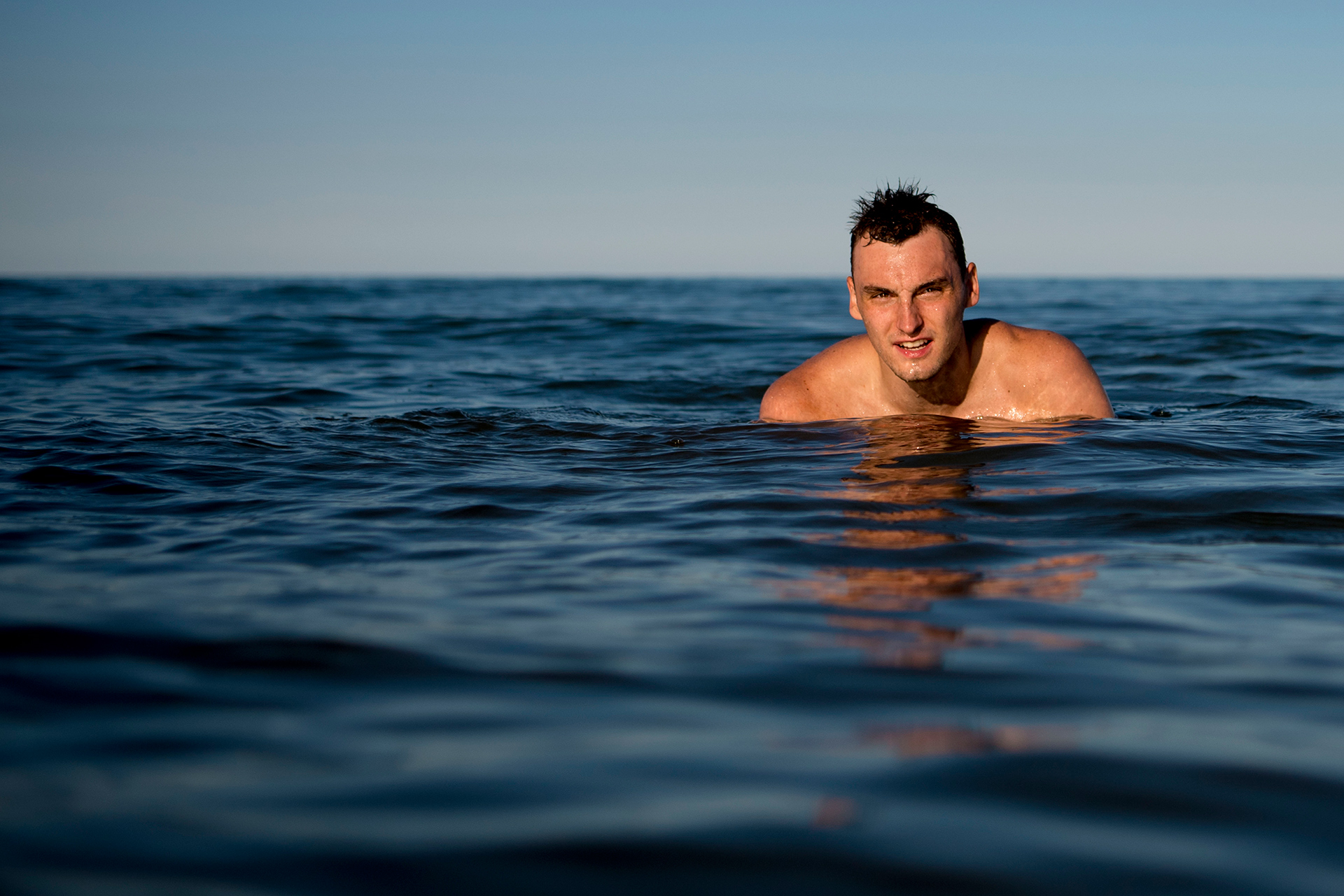 When I’m older, I’m definitely going to be back in Sheboygan.