The men’s 5,000-meter final at the U.S. Olympic Trials last month couldn’t have been going better. The race, which is 12½ laps, was sort of quirky, with a super slow tactical pace in the early going before things started to pick up. I was sitting in the stands with my older brother, Adam, at Hayward Field in Eugene, Ore., to cheer on my husband, Ben True. As the laps went by — fast or slow — Ben kept himself in good position, stalking the pacesetters. With only a lap and a half to go, he was running in third.

I always get nervous when I watch Ben race. This was no exception. But I also felt something else: giddy optimism. If things stayed as they were and Ben finished in the top three, he would be going to the Rio Olympics.

Ben is one of the best distance runners in the U.S. — in the world, really. He’s won national championships at distances ranging from 5,000 to 15,000 meters, and has twice been the top American finisher at the world cross-country championships. Ben’s personal best in the 5,000 (13:02.74) makes him the ninth-fastest American in history at the distance. 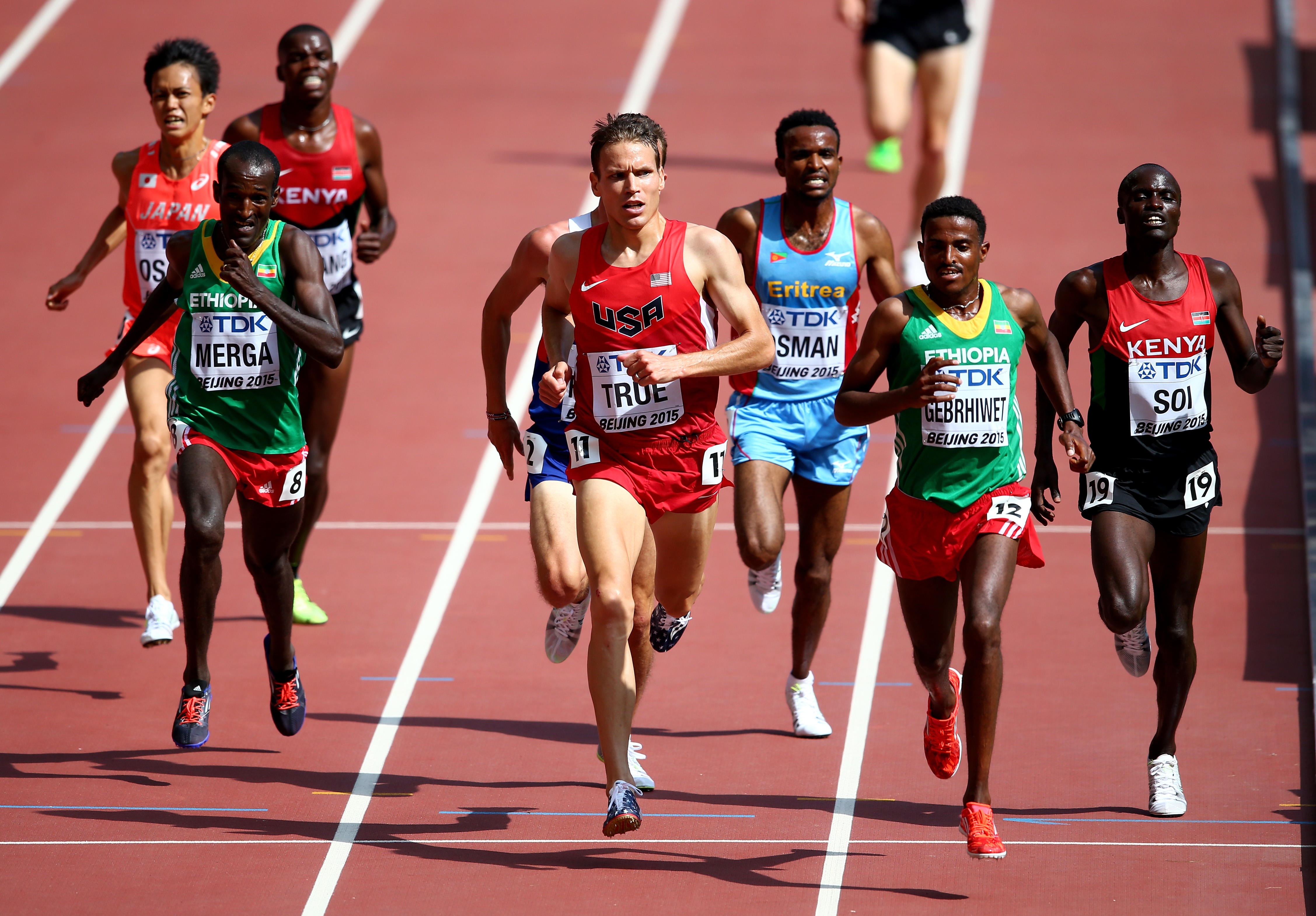 This was Ben’s moment to punch his ticket to Rio. And believe me, I knew what was at stake. I had just flown into Eugene from Stockholm, Sweden, where I finished sixth in the ITU World Triathlon. On Aug. 20, I’ll be competing in the women’s triathlon in Rio — my second straight Olympics. I competed in the same event at the 2012 Games and came up just short of winning the bronze medal; I finished fourth, by 10 seconds.

Ben had been in London, too — but only as a spectator. He didn’t qualify for the Olympic team four years ago. In fact, he barely even made it to the Olympic trials.

It was in late June or early July, about a week before he was supposed to race at trials, when he called me and told me that he wasn’t feeling well, that he had these flu-like symptoms and was wondering if he had Lyme disease. He was at our home in New Hampshire and I was at a training camp in Switzerland, totally focused my own preparation for the Games. I just kind of dismissed it and told him that it was going to pass, that he was going to be fine. But it turned out he really did have Lyme disease. He was immediately put on antibiotics, but he still struggled in Eugene, finishing sixth in the 5,000 meters and 12th in the 10,000. It was heartbreaking. I wasn’t there to comfort him, and then he had to swallow his own disappointment to be on hand to support me in London.

After my race at the 2012 Games, Ben and I took a few days and went over to Wales for some downtime. And then he flew home alone while I went back to London and got the whole Olympic experience. I went to other events. I stayed in the Olympic village. I walked in the closing ceremonies. I soaked in as much as I could.

But something was missing. My best friend wasn’t with me.

The Olympic experience is like nothing else. I could describe the village and the whole scene to Ben, but that’s way different than actually being there in person and feeling it.

What’s driven me the last four years is not how agonizingly close I came to winning a bronze medal in 2012 — it’s the desire to experience the Olympics with my husband, to share an adventure that few people, and even fewer married couples, get to share. I wanted that more than anything in the world.

All of this was on my mind — in one way or another — in Eugene last month. And as Ben got closer to the finish it crowded out everything else. This was it.

Something went wrong, though.

When other runners started to charge to the front in the last 400 meters, Ben just didn’t have enough of a finishing kick to challenge for the lead. And it was clear over the last 100 meters that he wasn’t going to achieve his dream — to achieve our dream. 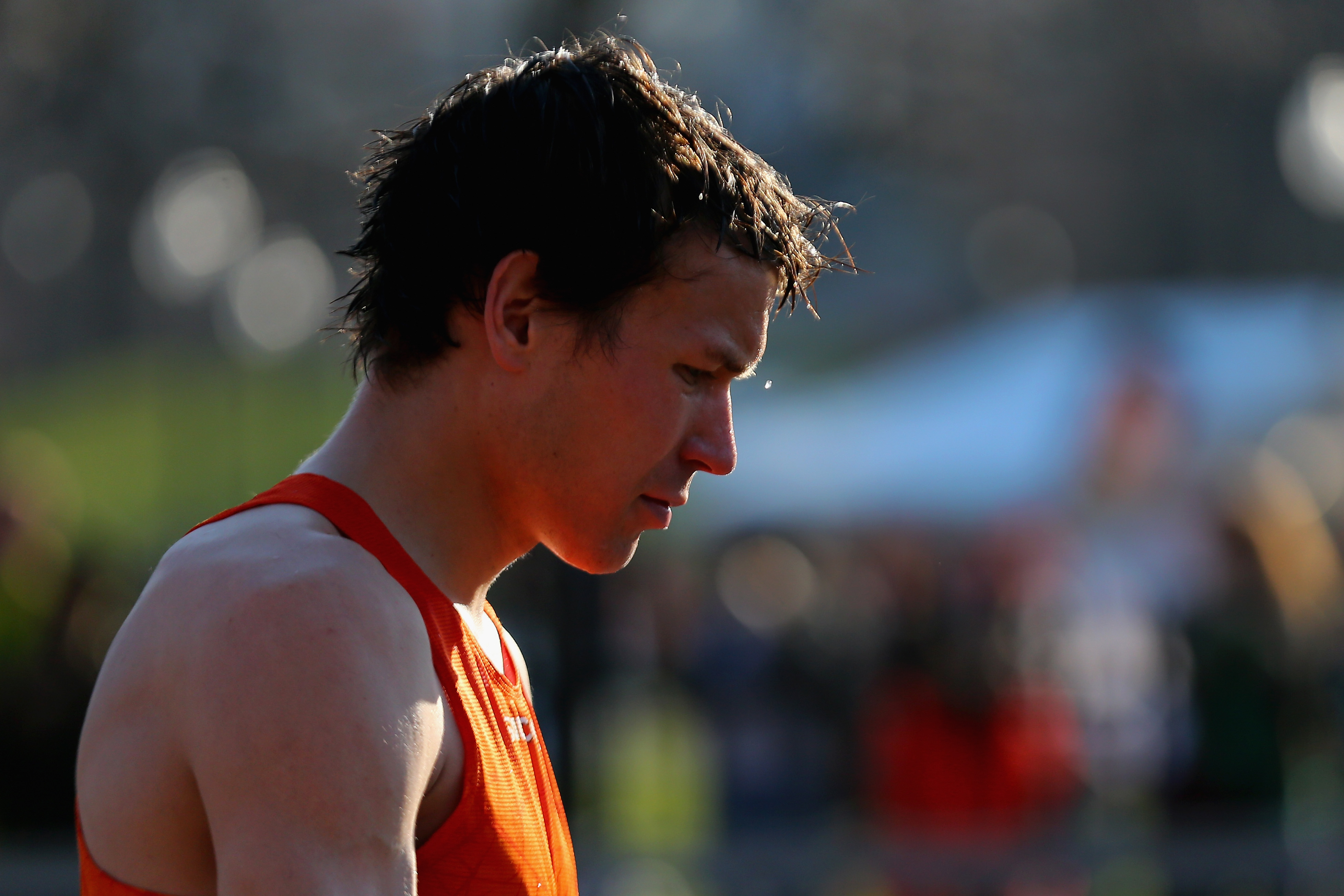 I was in shock and I was crying, but I didn’t say anything to Ben. I just held him tight. I know words are useless at a time like that. An athlete needs to process disappointment in his own way. For Ben, his process is to internalize. He doesn’t talk about his disappointment — he broods on it. And I let him do that.

The day after the race, I had to head straight to an altitude training camp in Flagstaff, Ariz. Ben went back home. We wouldn’t see each other again until right before I left for Rio.

I met Ben in the fall of 2010, when we were both living in Hanover, N.H. I was at my agent’s house one afternoon, talking to him in the kitchen, when Ben stopped by to return an altitude tent that he had borrowed. He mentioned that he had broken a toe that morning and was going to have to work out on a bike instead of run for the next few weeks.

It was very brief, but Mike, my agent at the time — who’s also a friend, and who considers himself a pretty good matchmaker — got us connected and we started emailing and texting. We went on a couple of bike rides together.

Ben is really competitive, and the first time we rode together he was keeping a half a bike-length ahead of me. (Looking back now, I don’t even know if he was trying to compete with me. It was just Ben being Ben.) We live in a really hilly area and he was just mashing up these hills — so I peppered him with questions the whole time so that he would stay within earshot and I could talk to him. I walked away from that thinking that he was a really open, talkative person. I asked him questions the entire ride and he just answered all of them. I found out later that he’s actually shy and not a huge talker. It was a great first date. I got him to open up; I saw side of him that he doesn’t usually show to the rest of the world. After that we started spending more and more time together, and pretty soon we were a couple. We got married in October 2014. 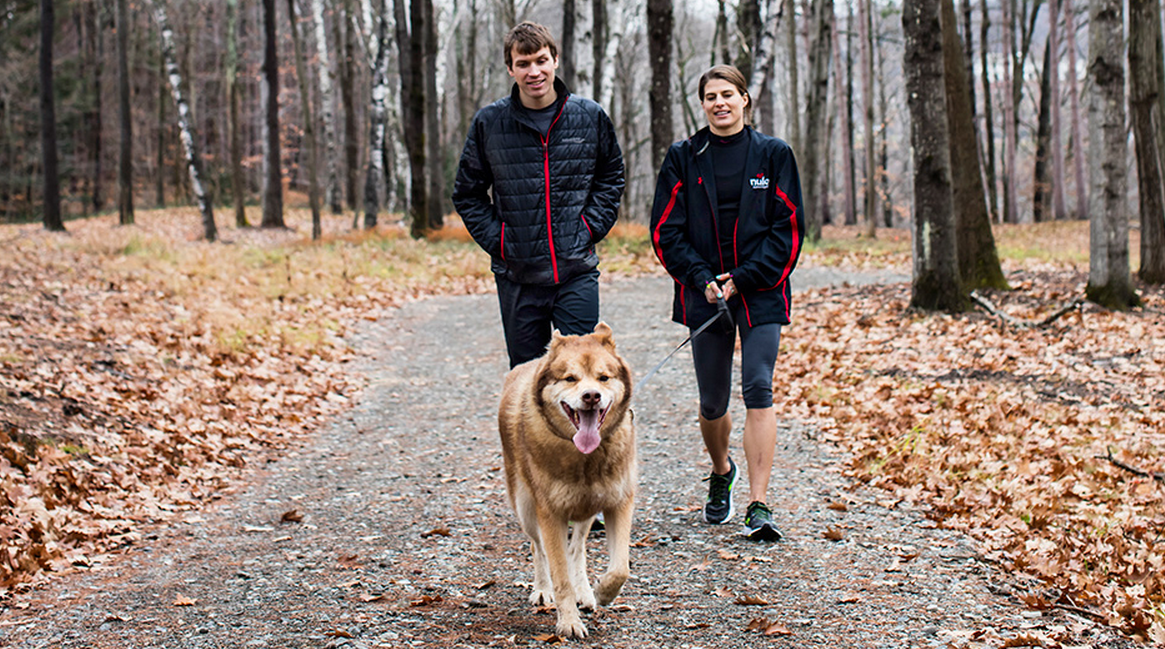 Like anybody who’s married, we have to compromise. Sometimes it’s over something not that important. We’ve been playing this board game called The Settlers of Catan, and it frustrates him to no end because he is — like I said — very competitive, and some of the time I just don’t care that much. And I’ve had some really good games where I just have blown him out of the water, and I could tell that he was a little ticked that I was absolutely destroying him. It’s funny, but I understand why it drives him crazy.

Other things, though, aren’t so simple. It’s just not easy to be married and to also be competitive Olympic-level athletes. When we first started dating, we probably spent about nine months of the year apart. Now we’ve got that down to four months, but it’s still a compromise. Ben’s a homebody. He loves being in New England, training at home, being with the dog (Ötzi, a husky mix) and keeping to a routine. I, on the other hand, think travel is one of the really great perks of what we do. If it were up to me, we would be globetrotting together. So far in 2016 I’ve raced in Australia, England, South Africa, Sweden and the United Arab Emirates. Besides Olympic trials, Ben has raced outside of New England just once all year.

But we both have tons of respect for how the other person likes to train. What works for me doesn’t necessarily work for him. Thank goodness for modern technology, for FaceTime and Skype and WhatsApp. We can talk on the phone from anywhere in the world, basically. 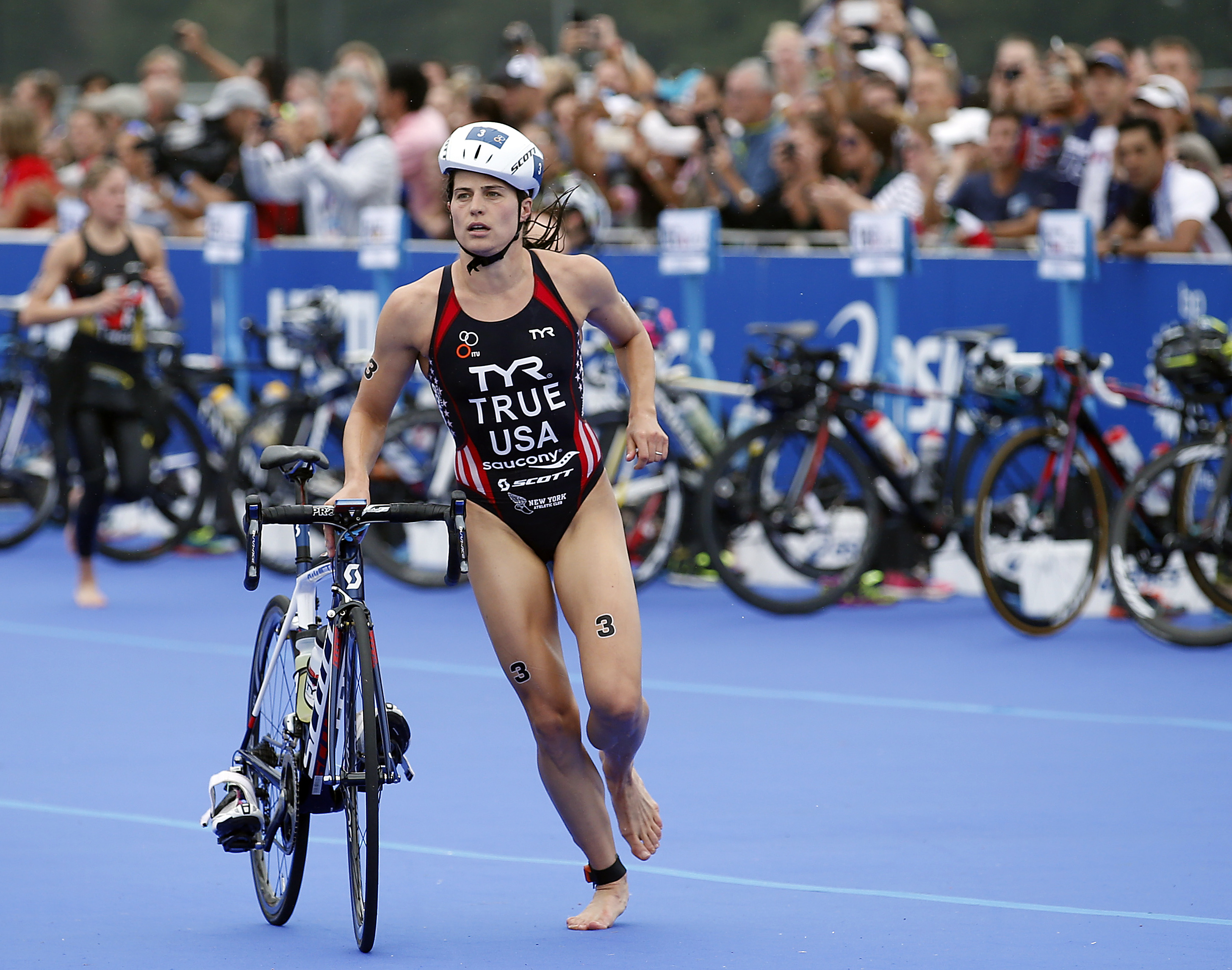 If Ben had qualified for Rio, we would finally have been competing in the same place at the same time. But our finals would have been on the same day, as well! My race is the morning of Aug. 20, and the 5,000 meters is in the evening. But the triathlon is on the opposite side of the city from Olympic Stadium. The transportation system in Rio makes getting around pretty challenging, but Ben was talking like it wouldn’t be that big of a deal for him to go to my race in the morning and then get back across town for the 5,000. And I thought he was absolutely nuts to think that he could do that without it turning into a really stressful travel nightmare. The best-case scenario was for him to watch me compete on TV, and for me to finish the triathlon, take a shower and then go watch his race.

Sadly, we don’t have to worry about any of that stuff now.

After Ben lost at trials, I went through an emotional low that definitely impacted my training. But I was surrounded by terrific teammates, and the altitude workouts in Flagstaff really helped me to stay focused. I’m back on track, and Ben and I are trying to support one another from afar as I gain strength for Rio and he recovers from trials.

The buildup to the Games has been fun and exciting. In addition to seeing my brother at trials last month, I also did a photo shoot for the August issue of Vogue magazine with my older sister, Lauren Groff. She’s an amazing writer. Recently her latest novel, Fates and Furies, was cited by President Obama as his favorite book of 2015. It’s been a kick. 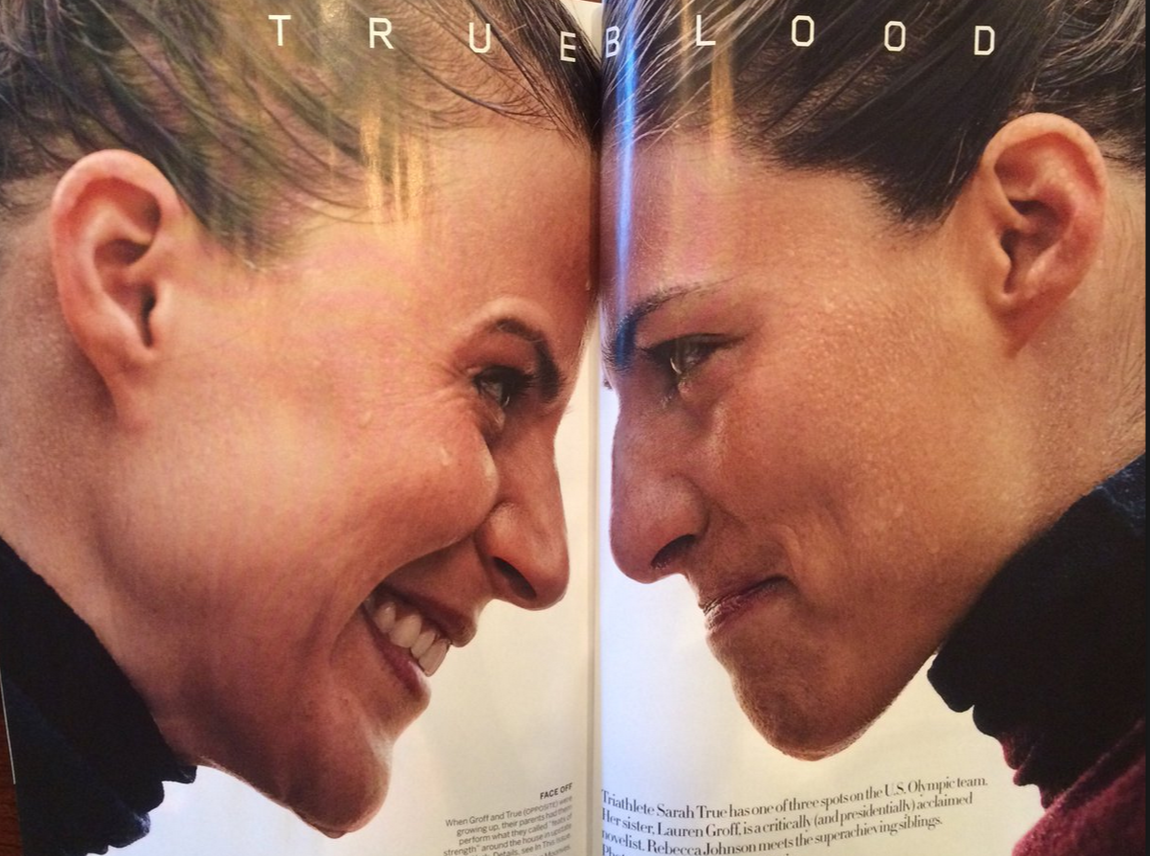 But what would have thrilled me most would be to be going to Rio with Ben — not just as husband and wife, but as members of Team USA.

For the past few years, sharing the Olympic experience with my husband has been the motivating force in my career. I might not have kept competing after the London Games without his support and encouragement. I wouldn’t be going to Rio without him.

I may be the only True racing in the 2016 Olympics, but I will be competing for both of us, not just for myself. This one’s for you, Ben.