I think God put me on this earth to play basketball.

How do I know? As a teenager, my life changed forever because of one competition that I played in with Congo’s junior national team in South Africa. What happened next felt like a miracle.

We had qualified for the tournament by winning a play-in game, but I was under the impression that we would never actually get to go. Traveling all the way to South Africa? Who would pay for that? The idea seemed unrealistic. When my dad was playing basketball at my age, he never had the opportunity to play in such a competition — he was on the national team, but our country’s federation traditionally doesn’t pay for the junior team to travel. But by the grace of God, the Congolese Basketball Federation agreed to let us go. I was on the first U-15 junior national team from the Congo to get to travel to play in a continental competition.

It was truly a once-in-a-lifetime opportunity. Our flight to South Africa was the first time I’d ever been on a plane. I had no idea what to expect. At the tournament, we played against countries that put a lot more resources into their basketball program. We were facing teams that were better — countries like Angola and Nigeria, which sent teams around Europe to play in competitions regularly.

At that tournament I played at a level that I honestly didn’t think I was capable of reaching — it was like an out-of-body experience. I would hit a turnaround fadeaway jumper and then jog back down the court wondering, How the hell did I do that? In our first game, against South Africa, I had 19 rebounds, 12 blocks and 27 points. Even though I was going up against the best competition on the continent, I was playing some of the best basketball of my life.

I was balling, man.

I ended up being named the MVP of the tournament, with the most points, rebounds and blocks. Before that, nobody really knew who I was — How could they? — and those few games changed the course of my life. Looking back, it feels like the entire event was set up for me. It was God opening up a door and saying, Go ahead.

I was playing so hard and was so focused that I hadn’t even considered that there would be pro scouts in South Africa. My performance that weekend came from a place of pure joy.

But there were scouts there. Soon, I was packing my bags and leaving Congo for Spain to pursue a professional basketball career. 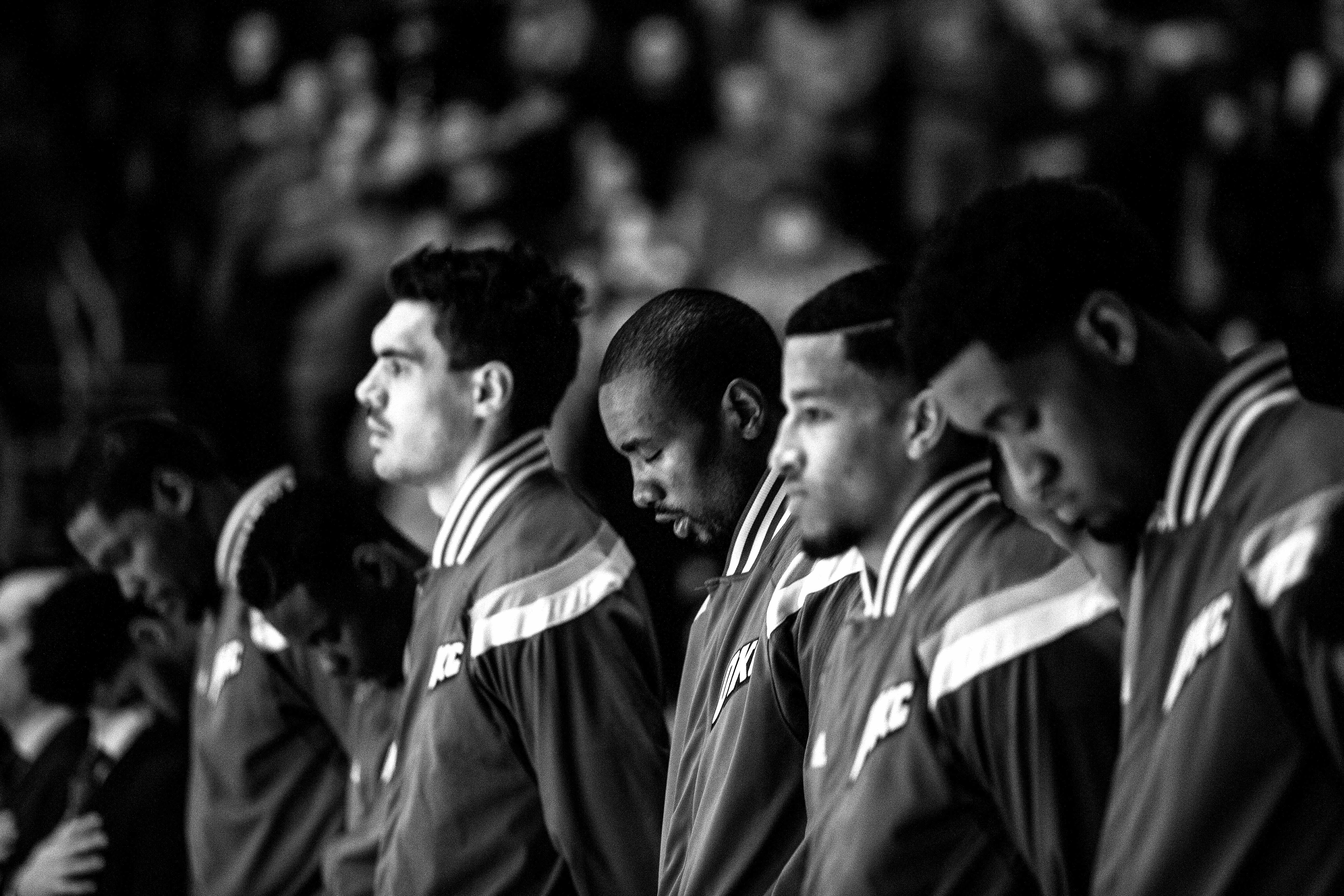 When I got to Spain, I was 17. I focused on two things: learning Spanish, and working out every single day. At first, I was living with another African player who also spoke French. That helped make things a bit easier for me, since I didn’t speak Spanish. But I wanted to learn. I didn’t want to waste time — I don’t like to waste time in life. Every minute, every time that I wake up, I have to be doing something to get better. So I asked the team, Club Basquet L’Hospitalet, to help me learn Spanish.

It was a lot to handle at first. In Congo, I wasn’t playing professionally, or anywhere near that level. Even for the tournament we played in South Africa, we had only prepared for about a week. We just came together, practiced and played some pickup games, that was it. We never spent time working on shooting.

Spain was completely different. It was all basketball. I got a strength coach, and I worked on fundamentals and my shot. In the mornings and afternoons, we had practice.

In Spain, the professional clubs have a first team and a developmental team — basically an A team and a B team. I started out playing with the latter, but I was determined to play for the A team. That was my focus. I wasn’t really thinking about the NBA. I didn’t even know how the draft worked. I’d read about NBA players in magazines when I was growing up in Congo, but I had never actually seen what NBA basketball looked like because we didn’t have access to a satellite for TV. It wasn’t until I moved to Spain that I actually got my first glimpse of the NBA. I’d watch this program called NBA Action, which came on every week and showed clips from different games. Not long after that, I discovered even more great players, and I started watching NBA clips on YouTube all the time.

After a couple of months in Spain, my agent started thinking ahead, and he talked to me about working out in the States — I was still on the B team, but I had been playing well and talent evaluators had labeled me a prospect. NBA scouts had also started coming to my practices. I went to a showcase called the Reebok Eurocamp and won MVP. After that, my agent said there was a good chance that I would get drafted.

He was right. The SuperSonics drafted me in the first round in 2008. 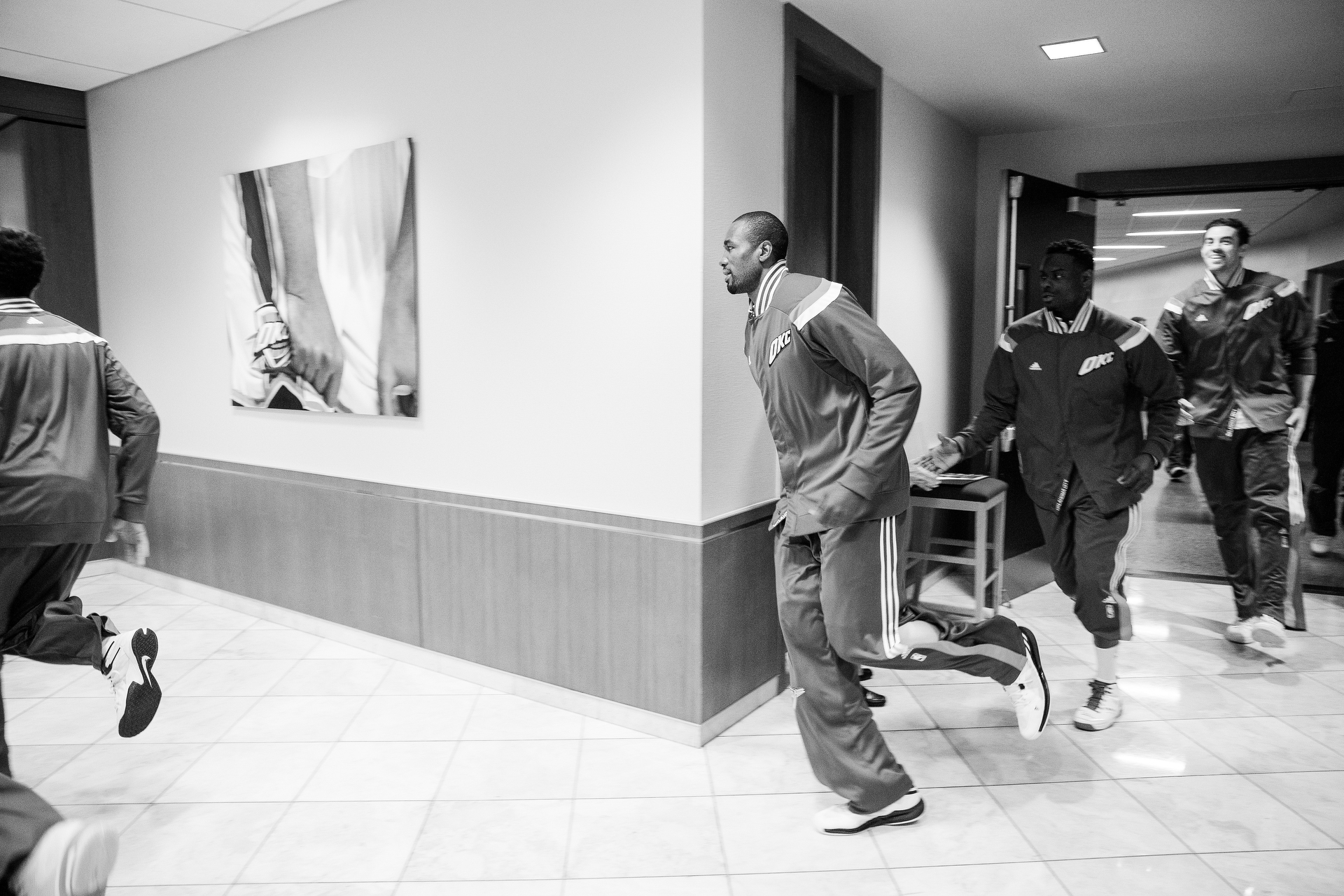 I couldn’t go to the NBA right away. Seattle wanted me to play one more year in Spain in the first division, so I did. After that year, the Sonics moved to Oklahoma.

I knew nothing about Oklahoma.

But as it turned out, moving there was a gift. If I hadn’t lived in Oklahoma my first year, I would have been been lost. Oklahoma City was the best place I could have been. The city embraced me with opens arms. I realized right away that it was a community of genuinely good people who cared about me.

The organization — the people in it care about you first, not basketball. Ayanna Clinton, who managed player appearances and services — and who I call my sister — made sure I felt at home and helped me learn English. Scotty Brooks was the coach, and he was so patient with me as I figured out a new league, new language and new country.

And the fans were incredible! They were passionate and unconditionally loyal. I loved playing for them. Every time we returned from a road game at 2 a.m. and there were fans at the airport, I realized how lucky we were as a team.

Our success gave us incredible opportunities. I remember the first game of the Finals in 2012, when we walked on the court and everyone in the building was screaming. It was so loud that I actually got scared — I had never heard anything like that at a basketball game. But while I felt nervous, I was very excited, too.

I couldn’t have asked for better players to learn from, especially KD and Russ. It’s great to play with players who have talent and who can score — who really have everything — but still love the game so much.

During my second year in the league, I was still getting used to my surroundings when Kevin told me that there was a vacancy at the place he was living in downtown Oklahoma City. I checked the place out and ended up moving in, so we became neighbors.

My first year, I lived by myself, so there really wasn’t anybody else around. But that second season I would hang out with Kevin all the time at his place. We’d chill, eat and play video games. Kevin had a nice setup and a lot of friends, who all helped me feel a little more comfortable in a place that was completely foreign. Sometimes I’d just stop by his place with a plate just to grab dinner. And I was always welcome. While I was with the Thunder, Kevin was like family to me. I’m very thankful for everything he did for me while I was still figuring stuff out. 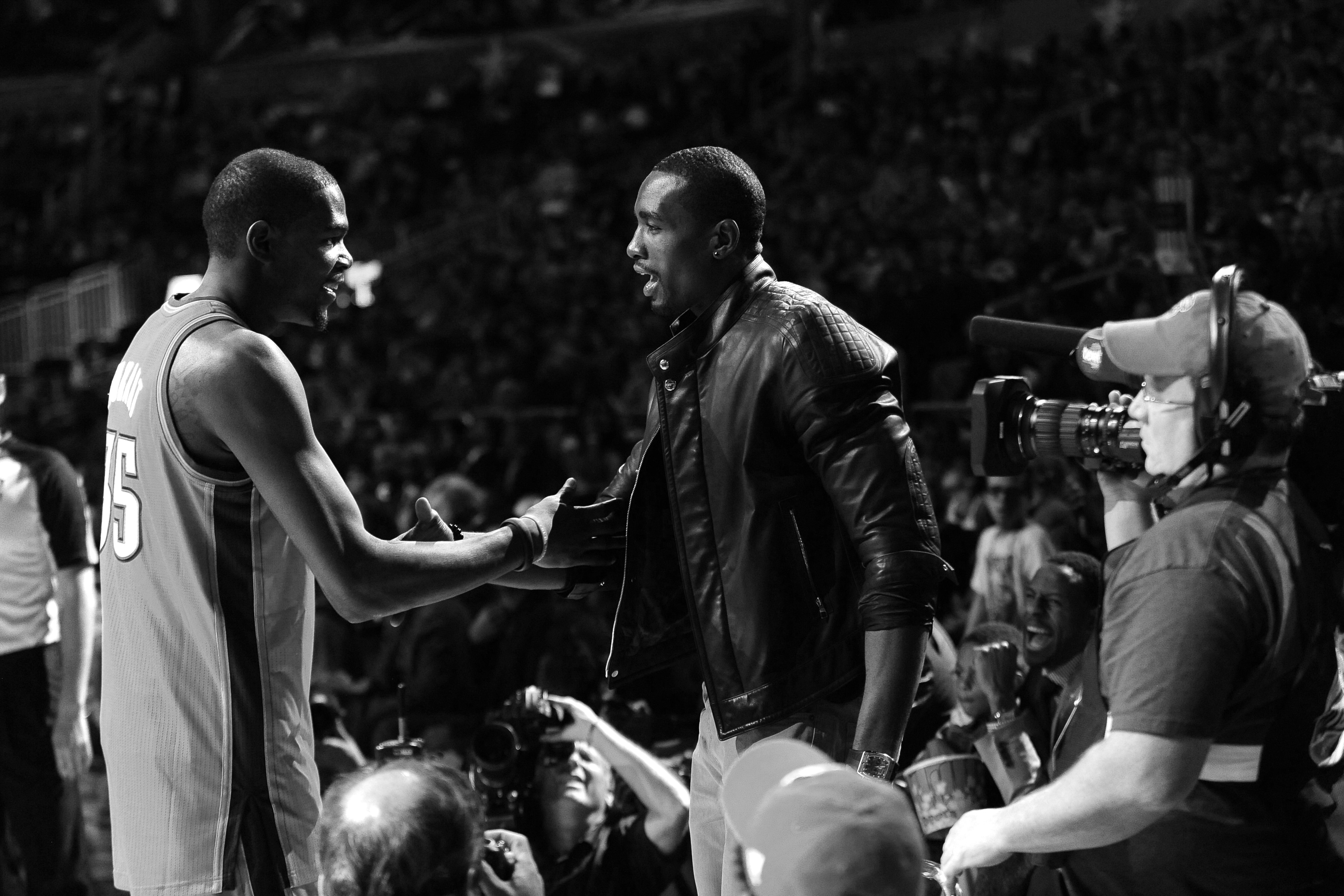 One story I like to tell about my time in OKC is about when I first got there. I wanted to try to impress the coaches by being the first player at practice. I remember Coach Brooks had told us that practice started at 11 a.m., so I showed up at the practice facility at 10, confident that I’d be the first person there. But KD was already on the court, getting up shots. He was already there working up a sweat.

So, the next morning, I thought, O.K., I’m going to show up even earlier. Maybe around 9:30. I’ll definitely be the first one there.

The third morning, I thought, I’m going to get there two hours early, 9 a.m.

Guess what? KD was already there, working. He must have turned the lights on.

My life has been full of so many experiences and lessons, and I plan to take all of them with me as I move from Oklahoma City to Orlando. I’ve learned a lot from every place I’ve ever lived. I feel blessed for that.

I’m thankful to God for this opportunity. I’m excited, man! It’s a hard challenge. It won’t be easy. I’m going to work hard, like Russ and KD taught me to. I can’t wait to play in front of the fans in Orlando. How lucky am I to go from one city that loves basketball to another? With Disney World nearby, I know my daughter — Ranie, she’s 10 — is going to love it, too.

I couldn’t be more excited to play with the young big men in Orlando. There’s a lot of talent on this team. We’re going to be flying around the court this year. I’m looking forward to going to work with them. I’m a different player than when I first came into the league. I understand that it’s time for me to take on a new role. Now I’m going to be one of the veterans.

In Orlando, I’m going to be the guy turning the lights on.