Here's to You, Madison

It’s Camp Randall – the home of Badger football, and the heartbeat of Wisconsin.

You never forget the first time you take that field on a Saturday. It’s loud. Much louder than anything you can really imagine.

The night before my first home game in 2012, we stayed at a hotel down near the stadium, like we always do. I remember laying in bed, struggling to fall asleep, just thinking, I can’t believe I’m playing at Camp Randall tomorrow. Because, you see, it wasn’t just a stadium for me, it was a place I’d dreamt about my entire life. I was born and raised in Wisconsin Rapids, Wis., a tiny town in the middle of the state. I’ve always wanted to represent Wisconsin on the field. I knew that from a young age.

Remember Jim Leonhard? He’s the first player I think of when I imagine what it means to be a Badger. He was a walk-on from Ladysmith, Wis. He played free safety for the Badgers, and did it as well as anyone I can remember. He stayed all four years and, to me, he embodied the Wisconsin spirit. To be a three-time All-American despite not receiving a scholarship until your senior year was pretty inspiring. It was that 2002 team that Jim starred on that made me a Badger football fan for life.

When it came time to decide where to play in college, I narrowed it down to the two teams closest to my heart: Wisconsin and BYU. The Cougar football program was one I knew well. My dad was a BYU linebacker in the late ’80s, and my uncle played halfback there just a few years after.

As it turned out, BYU was very interested in me. Bronco Mendenhall and his staff flew all the way to Wisconsin Rapids to have dinner at my home with me and my family. On their way in, a few assistants on the Badger football staff spotted the BYU coaches and asked where they were headed. They told them they were going up north to see a recruit. While I was eating dinner with the BYU coaching staff, I got a call from Bret Bielema, the head coach of Wisconsin at the time.

I guess news of the BYU visit had made its way to him.

Less than 24 hours later, Coach Bielema was at my dinner table, telling me why Madison was the only place for me.

I didn’t need any convincing. I had made up my mind long ago, I just didn’t know it. Long before Bronco Mendenhall or even Bret Bielema ever spoke to me, Jim Leonhard, Brooks Bollinger and Barry Alvarez convinced me I wanted to be a Badger. 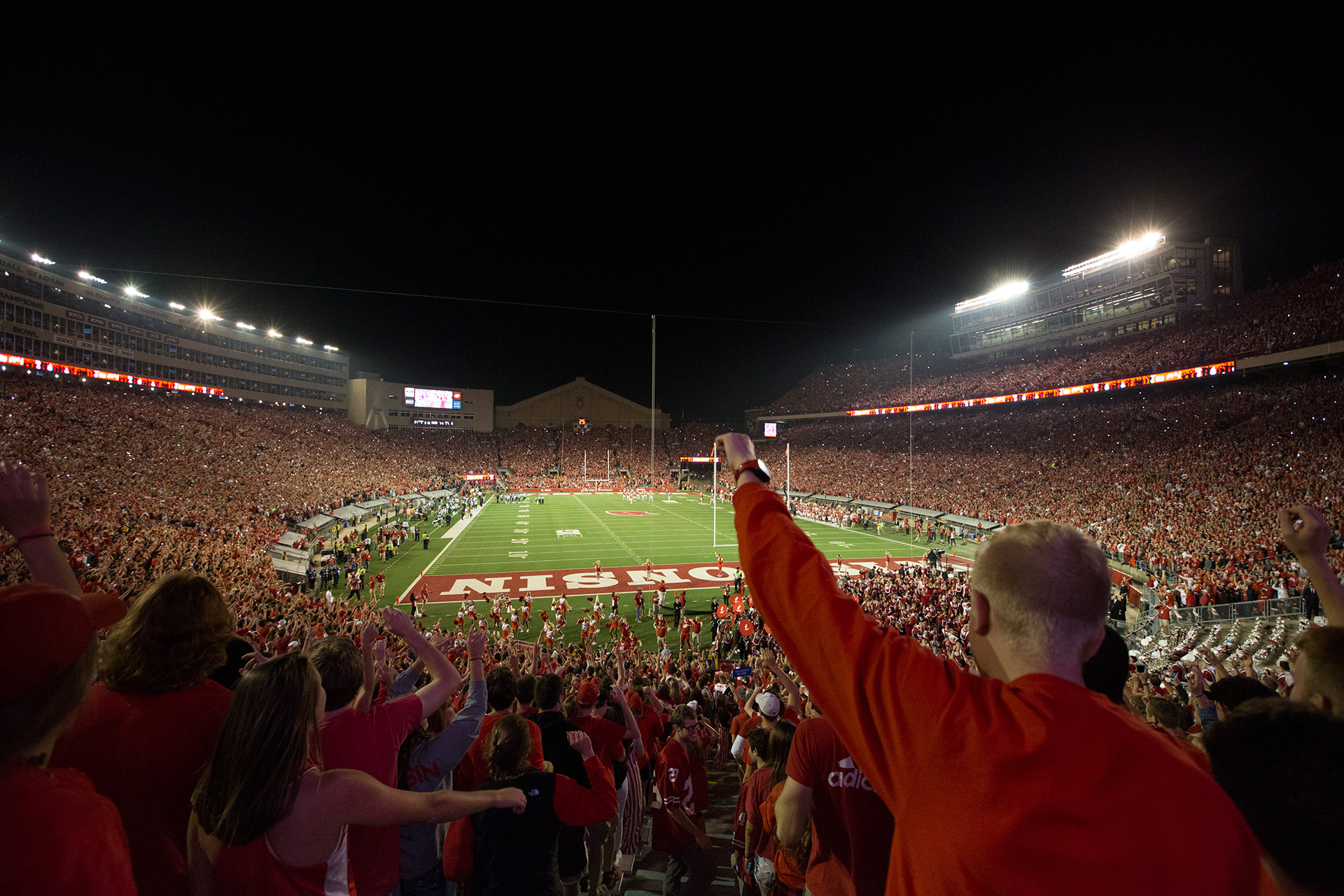 You dream about playing at a school like Wisconsin because you want to be part of the big games. I remember the Rose Bowls in ’98 and ’99. I wanted to create memories like that. As it turns out, my first opportunity to do that would come on a November night in 2014, when we played against Nebraska.

I remember that it was really cold the morning of the game — Wisconsin in the winter can be very cold. Going into it, we knew this was a game that would be won or lost on the ground, and those are the types of contests that you live for as a linebacker. Nebraska was a good team – a real good team – ranked  No. 16 in the country. But they were coming into our house, and trying to take away our chance at a Big Ten Championship. That wasn’t going to happen.

Yeah, we were fired up.

It was a tense first half, with us taking a 24-17 lead. Melvin Gordon had an unreal half, rushing for 238 yards, but the game was still close. We knew, as a defense, that if we wanted to pull away, we were going to have to make a big play. So we got to work on the first possession of the second half. Peniel Jean, a fifth-year senior, came up with a huge interception to give us the ball back and Camp Randall lit up.

I remember as we jogged off the field, I passed Melvin. I noticed that he had this look in his eyes. That’s when I thought, Oh boy, here he comes.

Melvin picked apart the Nebraska defense for three touchdowns to start the second half, and by the time the third quarter ended, it was 52-17. The snow was falling in Madison, and I looked around the stadium in awe as the fans did the “Jump Around” before the fourth quarter.

Camp Randall was literally shaking  – I could feel the crowd through my legs as I huddled up with my teammates on the field.

We stared at each other, and nobody said a word at first. I tried to look into the eyes of every single player on defense. I said: “Don’t forget this feeling! This is why we play!”

The game ended 59-24. The Badger fans serenaded us off the field. I’m going to remember every second of that night. That feeling of victory in Madison – it’s one of a kind.

The fans are why we play, this place is why we play. Madison is well known as one of the best college towns in America, and it’s easy to explain why. But words don’t really cut it. You just have to feel it, to live it.

If you haven’t been to a night game at Camp Randall … put that on your bucket list. You won’t regret it.

Make sure you leave time to eat before the game.

My favorite place to eat on campus is Wando’s. It’s an awesome spot to meet up with Badger fans. The owner, Wando, is my godfather, so maybe I’m a little biased, but seriously, it’s a sweet joint on Saturdays. Whatever you order, make sure you get a side of bacon. Just trust me on this.

Also, for the meanest mullet in town I like going to JP’s. My barber Spencer even named it the “Biegel.”

That’s right, the mullet is coming back.

I mean practically, it just makes sense. It’s super easy to maintain. You get the sick flow coming out of the back of the helmet, and none of the long mess in the front. Also, you’ve got the sides open for artistic interpretation. Spence is a magician with the razor. He’s put all sorts of designs on the side of my head. I’ve had the Wisconsin “W,” the breast cancer ribbon during October, and the Chevy logo for when our linebackers were known as the “Chevy Bad Boys.” People love it and are always coming up and asking for photos when I’m out in Madison. It’s a blast.

I’ve been growing it out since last year. It’ll be ready for week one, and so will our team. 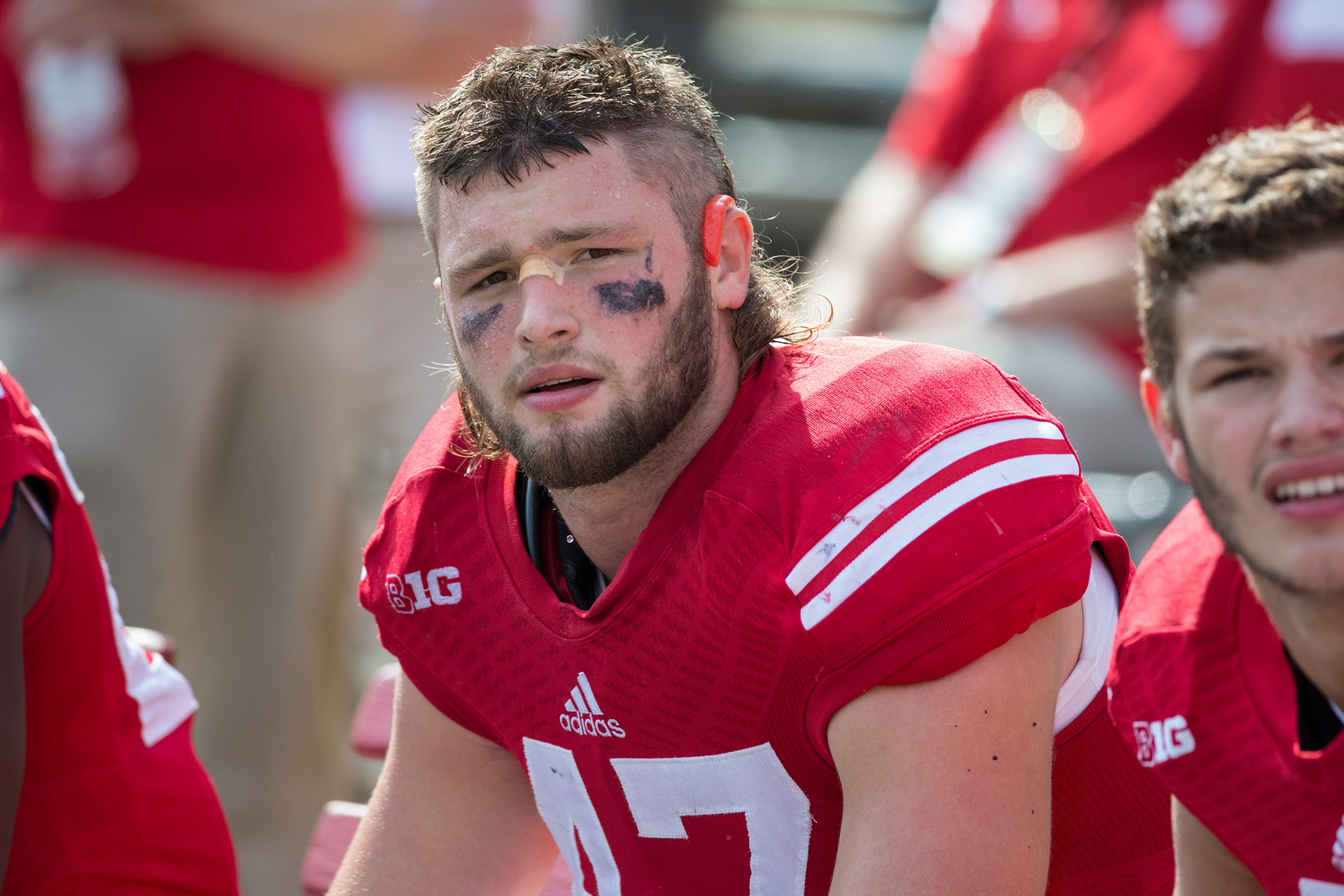 The first game of this season will be unlike any other we’ve played since I’ve been at Wisconsin. We’re going to be playing in friggin’ Lambeau Field! For many guys on the team, myself included, this is an opportunity to play in a stadium we’ve idolized since birth. Growing up, I was wearing a Brett Favre jersey roughly 90 percent of the time. My first time at Lambeau was when I was six years old. It’s a place like no other. When you walk up the stairs to your section and see the field for the first time … wow.

The green is more green, the gold is more gold. It’s a glorious place, and to play there as a college athlete will be an honor for me and my teammates. It’s a perfect place to start my final season here.

This year is going to be special. It’s an opportunity to finish what I started as a freshman, and to play for all the people who helped me get here.

I’ll be playing for my teammates. Guys like Leo Musso, who was my roommate since freshman year. If you come into the locker room, our stalls are right beside each other, and it’s been that way since day one. Leo and I have grown up together over the past four years, and I’m thankful to have him in my life.

I’m playing for the seniors who’ve come and gone — guys like Chris Borland, Mike Taylor, and Brendan Kelly, who taught me what it means to wear the “W” on our helmet.

I’m playing for the kid in Wisconsin Rapids who wants to play linebacker at Camp Randall, but doesn’t know if he’ll ever be good enough make it.

And most of all, I’m playing for this state, because it means everything to me.

It’s our responsibility, and our privilege, to represent the University of Wisconsin. We’re a group of hard-working young men who weren’t necessarily four- or five-star recruits. We’re not all phenoms coming out of high school. But we aren’t afraid to work, and that’s how we beat people. Every single day we approach this game with the same lunch-pail mentality as the generations of Wisconsin players who came before us. We’re going to do everything in our power to uphold the tradition of Badger football, and to ensure it lives on long after we leave this town. I’ve played — and lived — the Badger way since day one. I will continue to do so until I walk out of Camp Randall for the final time.

This season’s dedicated to you, Madison.

Let’s make it a special one.