A Picture of the Olympics

Let me tell you about a picture.

I was 20 years old, walking around the Olympic Village in Sydney with a few of my basketball teammates from Team China, when we came to a souvenir shop that was selling photographs. This picture showed Stadium Australia during the opening ceremonies of the 2000 Olympics, which had just happened a few days before. The photographer must have been as high up as you could go in the stadium because the photo is taken from above.

I know what you’re thinking: So what? Everyone has seen a picture like that. But there was something about it that frustrated me for a long time. It felt like a puzzle: I was somewhere in that photo, way down there, but as hard as I looked I couldn’t find myself. I tried to locate our team. I knew we were somewhere on the track, walking around the stadium. But I couldn’t figure out where we were. I stared and stared at the picture. The more I looked, the more blurry the photo became. I was the tallest person in the stadium but it was like I was lost.

Sydney was my first Olympics, so I wanted to buy it as a souvenir. But the vendor was asking 40 Australian dollars. That was too much for me back then.

He waved his hand to say no deal.

Maybe he didn’t understand my beginner’s English, or maybe he didn’t want to go lower than 40 dollars. But I remember walking away thinking he didn’t believe that I was in the photograph.

Eight years later, my country was hosting the Summer Games in Beijing. I wasn’t a kid anymore. I was the leader of our team.

Three days before the opening ceremony, we played an exhibition game against Russia. Andrei Kirilenko was playing for them at the time. We had a terrible game. Nothing was working.

After the game, Donnie Nelson, the general manager for the Mavericks and an advisor to the head coach of the Chinese national team, came into our locker room, outraged.

“If you guys are going to play like that, maybe you shouldn’t go to your own Olympics!” he said.

We were so embarrassed. It was three days before the opening ceremony, five days before our first game. We were about to play in front of our countrymen and we knew we couldn’t have another game like that. 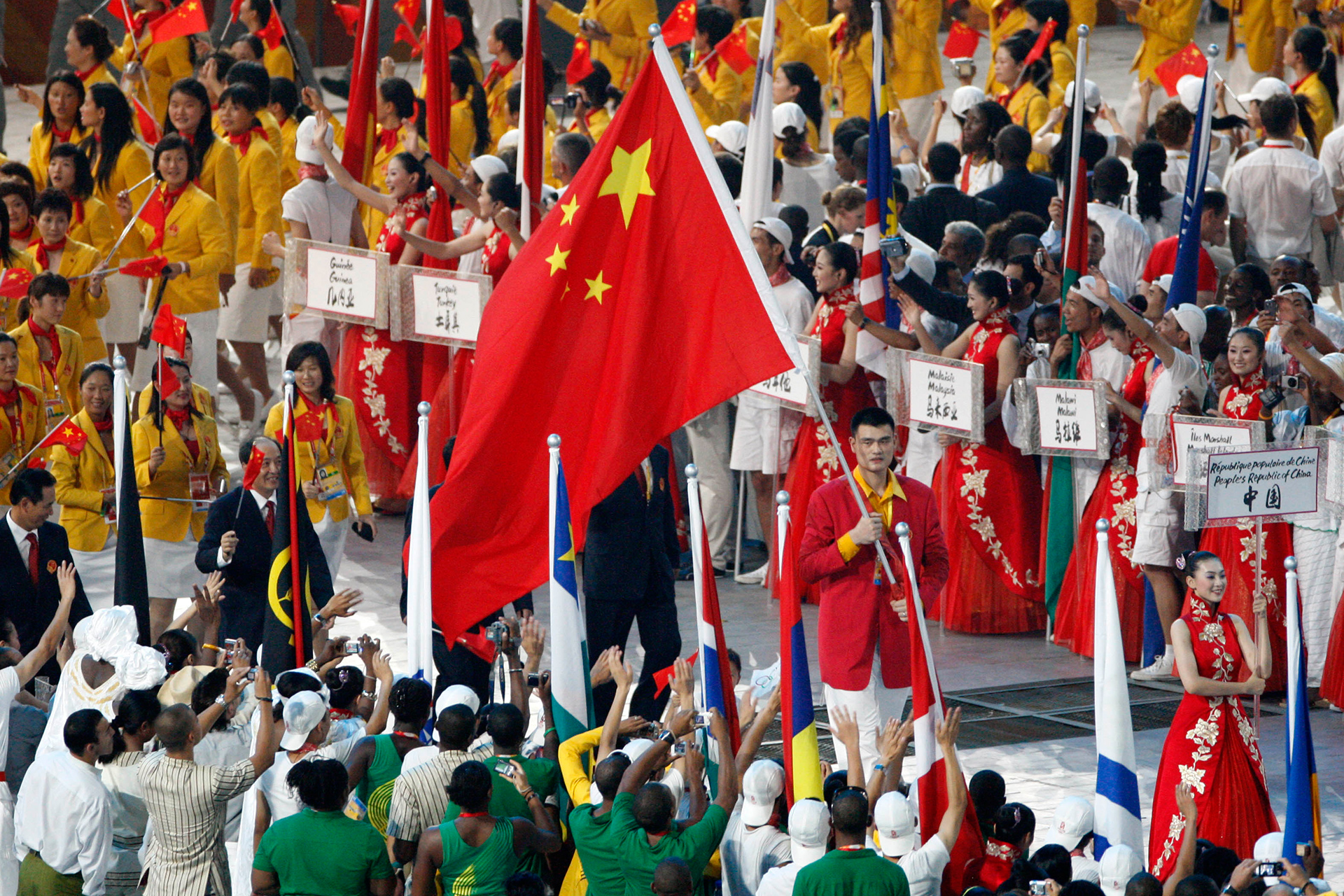 I knew we needed to do something to fire ourselves up. I called a team lunch. I found a nice golf club that was able to accommodate the entire roster.

A forward named Ding Jinhui had been the final player cut from the team before the Olympics. He would play in London four years later, but I knew then that missing the Games in his home country was very hard for him. I made sure he was there, too.

Beijing was my third trip to the Olympics, and if I had learned one lesson over the years it was this: For each spot on the roster, there are a dozen athletes (or more) who wanted that chance.

That year would be my last trip to the Olympics, as it turned out.

At the lunch, instead of talking about basketball strategy or something else, my co-captain Li Nan and I made a toast to Ding — and to everyone else who hadn’t made the Olympic team. I said, “We have to play not just for ourselves, but also for the guys who didn’t make the team. All of the work they had put in during camps and over the summer made such a difference.” 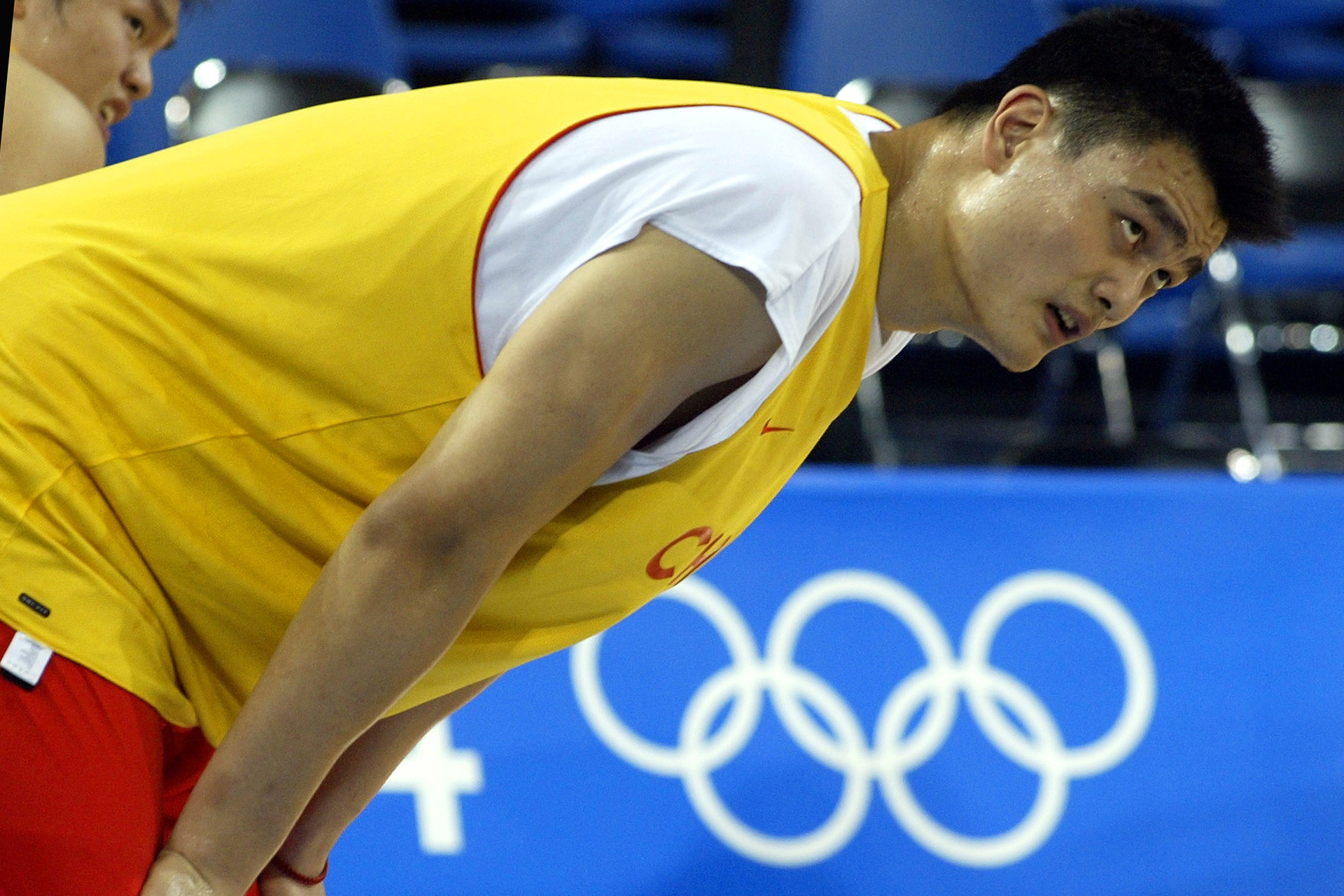 That lunch was was when we started to come together, but the opening ceremony was where everything really changed.

We were so proud that the games had finally come to China. It was a huge achievement for our country. And as we walked into the Bird’s Nest for the opening ceremonies, we were overwhelmed by the chanting and cheering. I’d never seen so many Chinese flags waving together. We found strength in those cheers. After that night, I felt like we could take on the world.

Our first game was against the United States, and we were a completely different team than the one that had lost badly to Russia. In the first half, we were going back and forth, playing point-for-point, against the top team in the world. And we weren’t just depending on one guy to do everything — we were depending on each other to defend, to make a shot, to get a rebound. Everyone was trying to do just a little bit more for the team.

We lost 101–70, but after the game, a player from the U.S. — I think it was Michael Redd, I’m not quite sure because I was so excited — came up to me and congratulated me.

“Thank you for having us,” he said.

In the moment, I remember feeling that when he said you he meant more than just me as an individual. I felt like he was talking — through me — to the entire nation. We’d lost the game, but I felt that we’d earned the respect of our opponent. 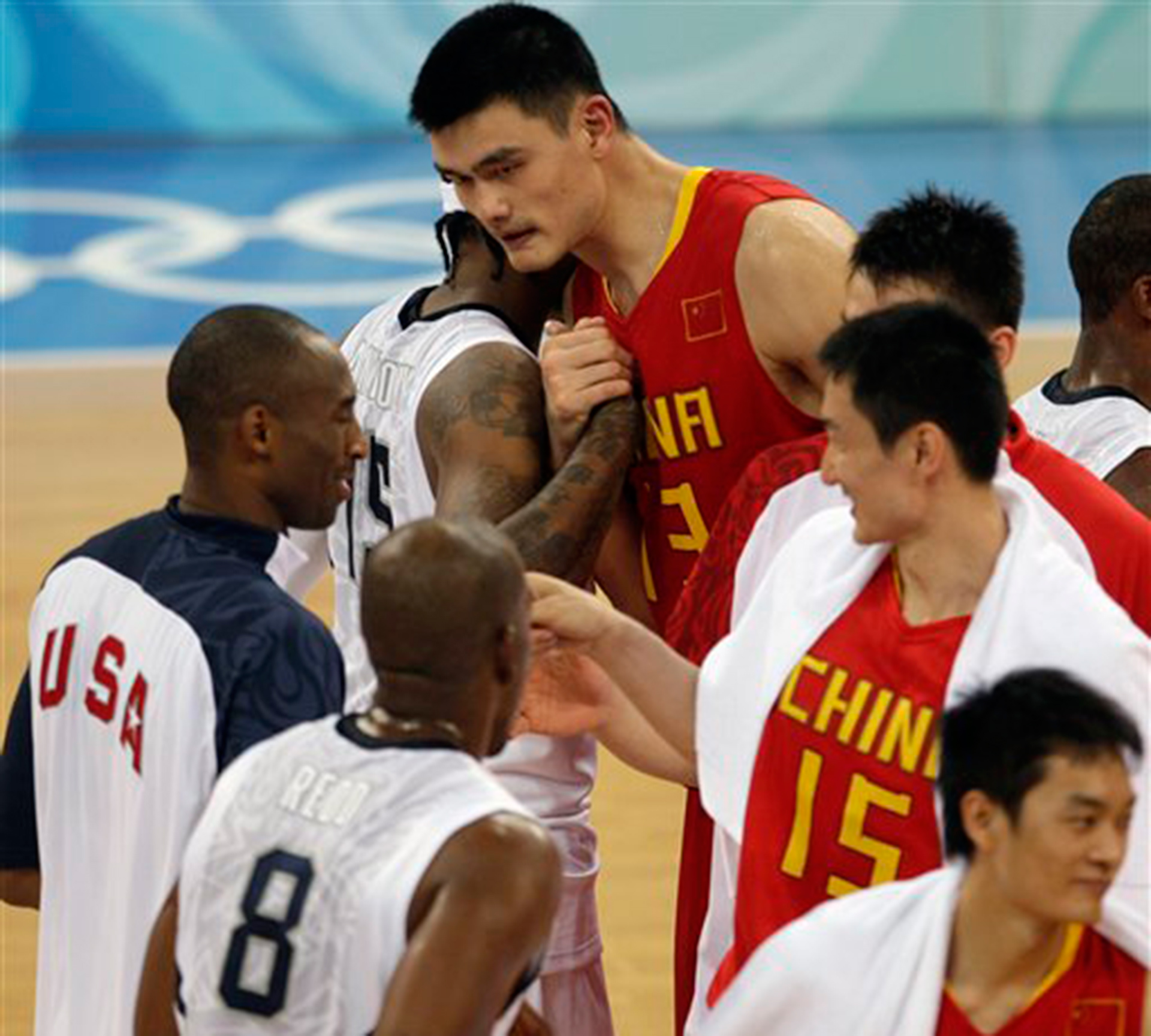 That was one of the best feelings I’ve ever had. I believe an athlete’s value comes from his opponent. What I mean is, our value will only be its highest when our opponents play their best. That is where respect comes in. It comes not when you fear or dislike your opponent, but when you find the best in yourself.

Beijing was an incredibly proud moment for me and for my country, but whenever someone talks about the Olympics, my mind still goes back to the picture from Sydney.

I’m a fan of astronomy. When I look at that photo, of all those athletes, it reminds me of a galaxy. Before my first trip to the Olympics in 2000, I was really just focused on myself, my family and my team. I had a very small circle. At age 20, I looked at the photo and just wanted to find myself, one individual, in that galaxy.  All these years later, I see a different circle, a much bigger one — one that we’re all part of. Even at my height, I’m the same size as everyone else in that photo. It makes me realize just how small I was — how small we all are.

It may be naive to think a global sporting event for one month every four years will solve the world’s problems. But a change in how we perceive each other — like an overhead photograph of a stadium — is a good start.