I’ll never forget the morning I got traded to Philadelphia. It was 1997 and I was in Detroit with the Pistons. An early morning phone call woke me up with the news: I was going to the Sixers as part of a package that included Theo Ratliff, in exchange for Eric Montross and Jerry Stackhouse.

My immediate thought? It’s over.

And not over in the Vince Carter-dunk-contest way, either.

I didn’t know much about Philly, but what I did know was bad. I was going to a losing team. I was going to a team with a bunch of knuckleheads. The Sixers had Allen Iverson and they had Derrick Coleman, neither of whom had the best reputation. At this point, I didn’t know Allen at all. We were both still young. But I had heard things about him.

The first day I showed up for practice with Philadelphia, though, I realized that something was special. The energy was just different. Larry Brown had just got there, and you could tell everyone was working hard to figure this team out. They wanted to figure it out. The first couple of days in practice, it was competitive. Allen, as you probably already know, is extremely competitive, and he plays hard every play. He’s got swagger and an attitude. He’s out there talking and he’s having a good time doing his thing. There was just something about it that was infectious. 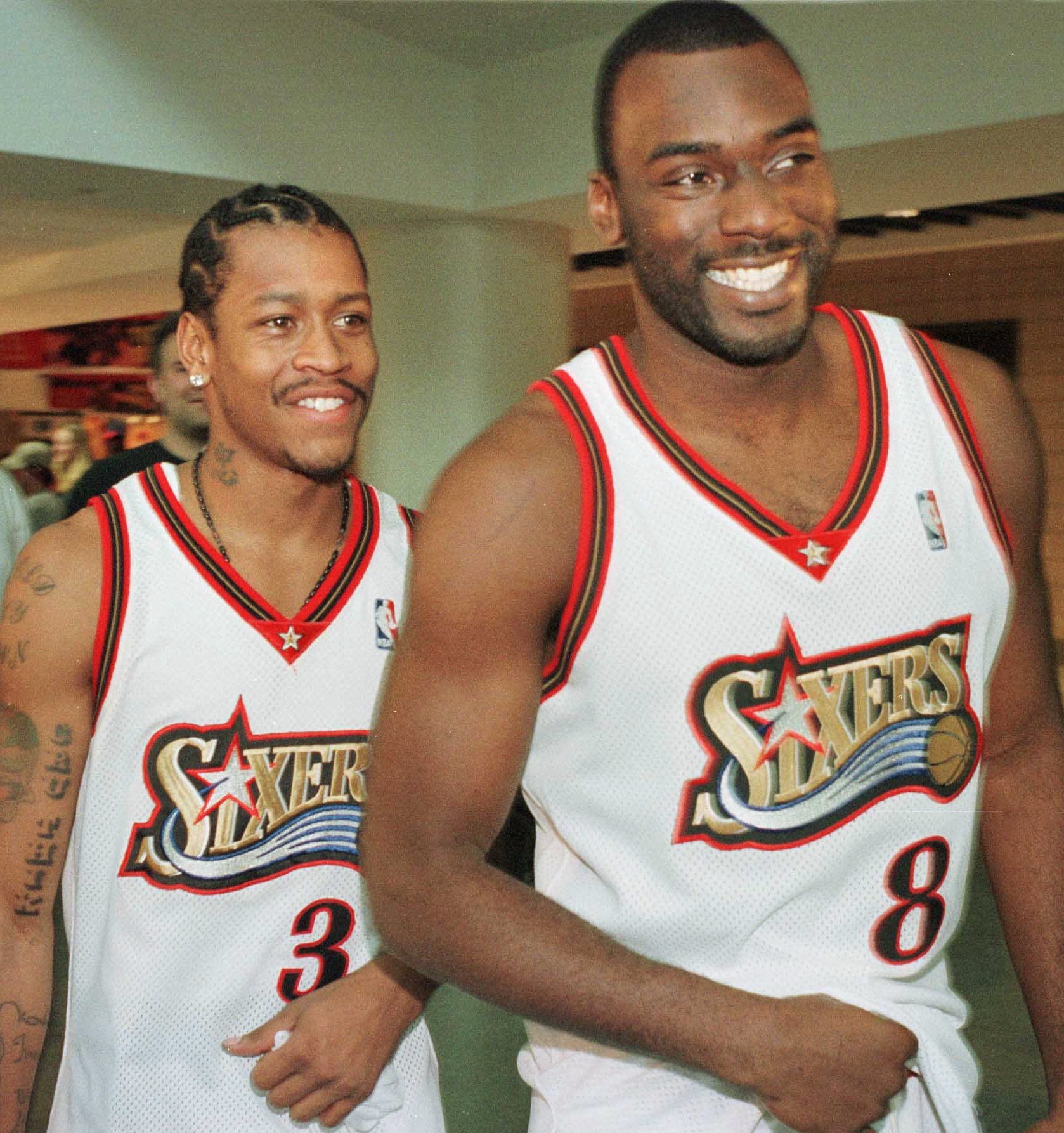 That trade taught me a lesson I still think about to this day. All of my preconceptions about the 76ers — and AI — were based off of public perception. Rumors. Hearsay. I didn’t know those guys at all. I had been tripped up by the same media perceptions that I disliked.

In pro sports, you have a lot of downtime. That’s when I really got to know those guys. You’re on a plane, you’re on a bus. You get a chance to learn something intimate about a person that the public or the media doesn’t know. You have those personal moments where you talk about life, you talk about family, you talk about your struggles — the highs, the lows, everything else in between.

Especially in that first year with Philly, I got a chance to get to know Allen really well. He’s become a very good friend of mine. I also got the chance to know Derrick Coleman really well. He became a very good friend of mine, too. I learned a lot about myself and I learned a lot about life through these interactions. Nowadays, especially with social media, people just put things out with nothing fact-based behind it. I learned a long time ago: Check the facts. Get to know somebody first. One of the things that made that Sixers team so special was that we knew each other as people. That meant we had each other’s backs on the court.

So, on the weekend that AI goes into the Hall, I want to share a few things that people might not know about him. Things that, through it all, have made him the person he is.

Allen is a student of the game. People don’t understand that. Everyone knows Allen would read the newspaper, and that he and Phil Jasner, the Daily News columnist who was usually critical of him, had a special relationship. But Allen also studied the game, too. Allen read the comments — all the comments. He knew going into games which people had said they were going to stop him, and he’d have done his research on how to destroy them. He relished that. If you talked to the press about Allen before a game, that put a target on your back.

Take Game 1 of the Finals in 2001. Allen got all the pregame notes and clips, read how different guys were playing and what they were saying about him. He knew what to prepare for. He knew that the Lakers were going to use Tyronn Lue to try to shut him down. Allen took exception to that sort of thing. He’d say, “You know what? I’m going to destroy this motherfucker.” 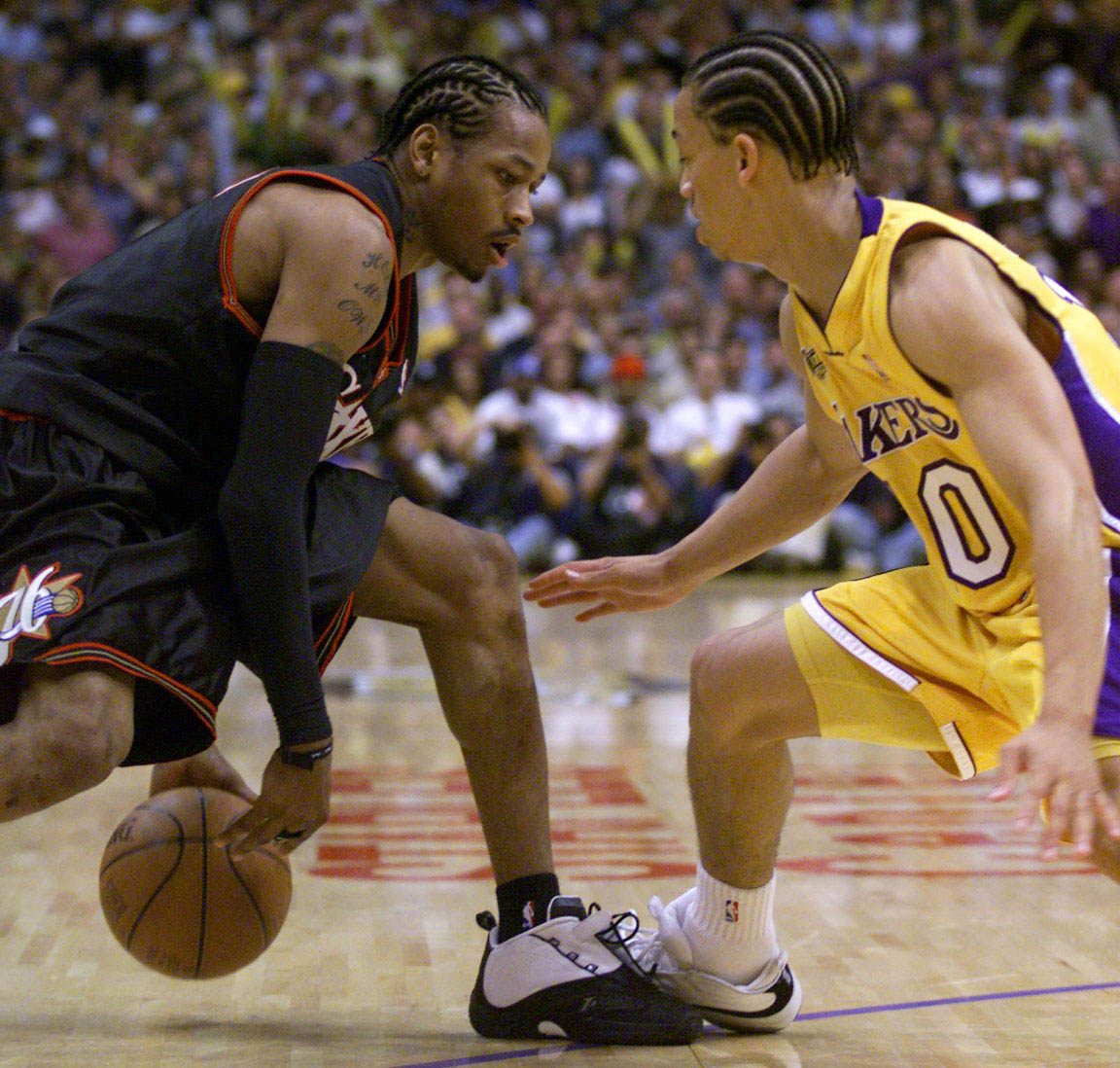 No one understood how much pressure Allen was under when he was playing. When you get to the NBA, you have money. But that doesn’t mean you suddenly have all the answers — you’re figuring things out on the fly.

I always think about Allen on the team bus. The bus would be dark, and he’d be sitting all the way in the back. He was always on the phone with his wife or his mom, or a friend — and it always seemed tense. I always found him dealing with family issues on the bus. Coming off a big victory, he’d be in the back of the bus and you could see it in his eyes — you could see something was going on. Just to be sure, I’d ask him, “You good?” But he’d shrug me off. In the NBA, there’s more pressure off the court than there is on, and that has never been more true than it was with Allen. He carried a whole lot on his shoulders that people didn’t see.

Allen versus David Stern’s dress code was overdramatized — because Allen was a trendsetter. In that era of the NBA, the league wanted us to be like corporate America. The players’ position was: We didn’t work all our lives to make it to the pros to be in corporate America. We came to play ball. They wanted us to wear suits and ties, which some guys didn’t have a problem with. But the majority of the other guys were like, Man, I’m here to play basketball. What does this have to do with me getting out on the court and playing basketball? AI exemplified that attitude. He went out on his own stylistic limb because he was being authentic to who he was. And a lot of guys looked up to him for it. 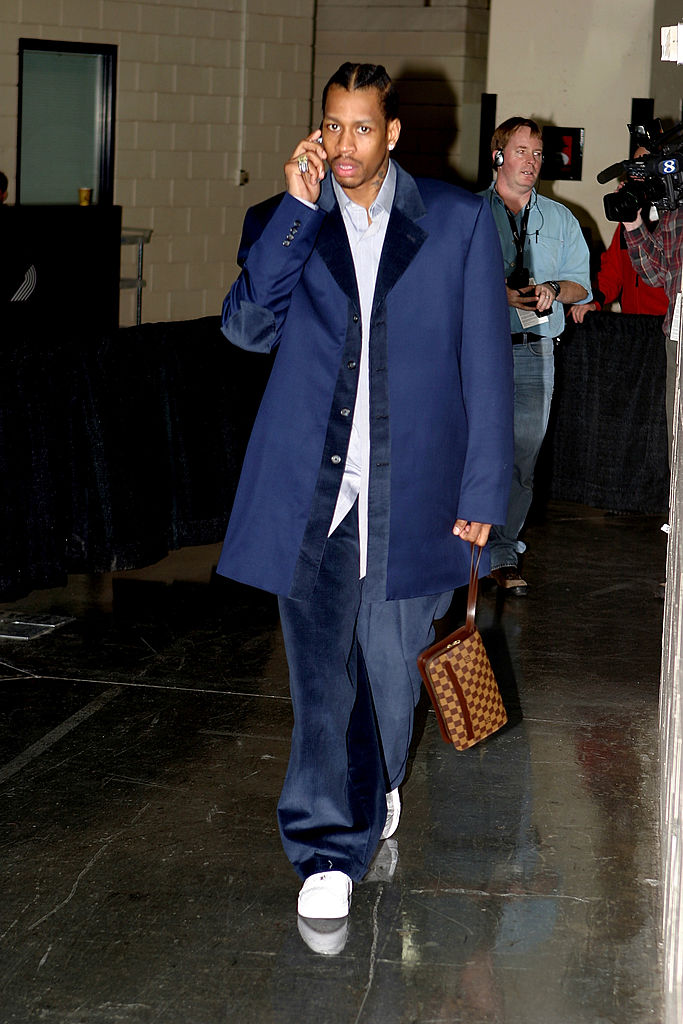 A lot of people looked at him as a ray of hope. Look at this little guy, dominating in a sport that’s usually dominated by big guys. He was a little guy in a sea of big guys. It made a whole generation of kids think, I could be like that. Of course, nobody could be like Allen. But he gave people someone to look up to — someone who actually looked like them.

AI can draw! Yessir, as in paper and pencil sketches. It’s a semisecret about him: He’s a really good artist. He would always draw pictures of us and just slide ’em in our locker. He’d have headphones on and he’d be going at it on a piece of paper. Then all of a sudden, he’d just bust out laughing looking at his own drawing.

He was about as silly as they came. We were always joking on everybody, joking on each other. As you may know, Allen never shuts up, ever. Most locker rooms, you’re going to keep it light. Guys cracking with each other on the plane, guys talking about each other, laughing and getting a kick out of it. He was always in the middle of everything.

When he would draw, though, he would typically draw your face. I have a pointy head, so he’d draw my face in the shape of football and he’d put a big pimple on my nose — it would look like a volcano with puss and everything coming out of it. He was always embellishing, always being really imaginative.

My advice — if you ever get around AI, ask him to draw somebody else in the room. Tell ’em Aaron sent you. 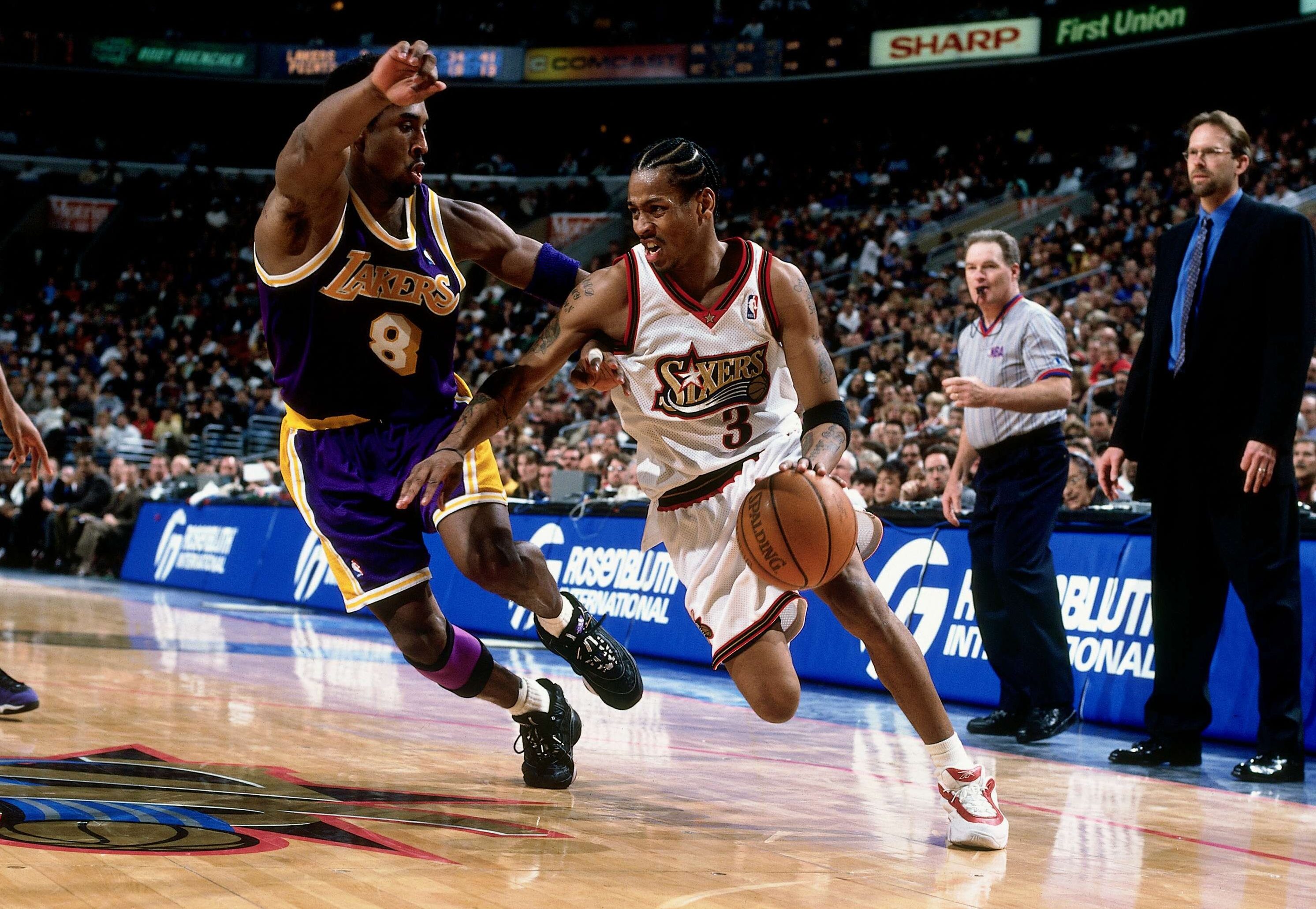 Allen, today’s a big day. I know how you’re feeling — you’re having a hard time digesting this. You’re thinking, Man, this is crazy! It’s a shock to your system, and a lot of it is probably bittersweet. But think about all those names in the Hall of Fame. Dr. J. Magic Johnson. Michael Jordan. All the guys you idolized growing up. You’re gonna get to be arm in arm with those guys.

A kid from Newport News, Va. Who’d have thought?

A lot of people wrote you off in high school. Now look at you.

You’re up there at the top of the food chain. Enjoy it. And congratulations from me and all your Sixers teammates. It was an honor playing with you.