It was December 15, 2010. I had just scored 30 or more points for the ninth straight game — a Knicks record. Madison Square Garden was alive — I mean alive— cheering for me, cheering for us. I’d never heard anything like it. I’d never heard love like that before. For the first time in a long time, the Knicks were a team to be reckoned with. We lost by two that night (and only after my three had been waived off at the buzzer) to the Celtics. But more importantly, there was an awakening. Not just in MSG, but in the entire city.

Everyone was going to our games. And if they couldn’t go to the games, they were going to bars to watch them. People were enjoying themselves before and partying after. I swear we single-handedly revived New York’s economy. We were rock stars — me and Raymond Felton, Danilo Gallinari, Timofey Mozgov and the rest of the team. Obviously, being celebrities wasn’t our job. It was fun, but our No. 1 job was to be great basketball players — to win. Still, you can’t beat being a rock star.

Millions of kids dream of playing in the NBA. Not many make it there. An even smaller number get to hear thousands of people chant “M-V-P!”

The crazy thing is, if I had continued on the path I was on early in high school, I would have never heard those chants. 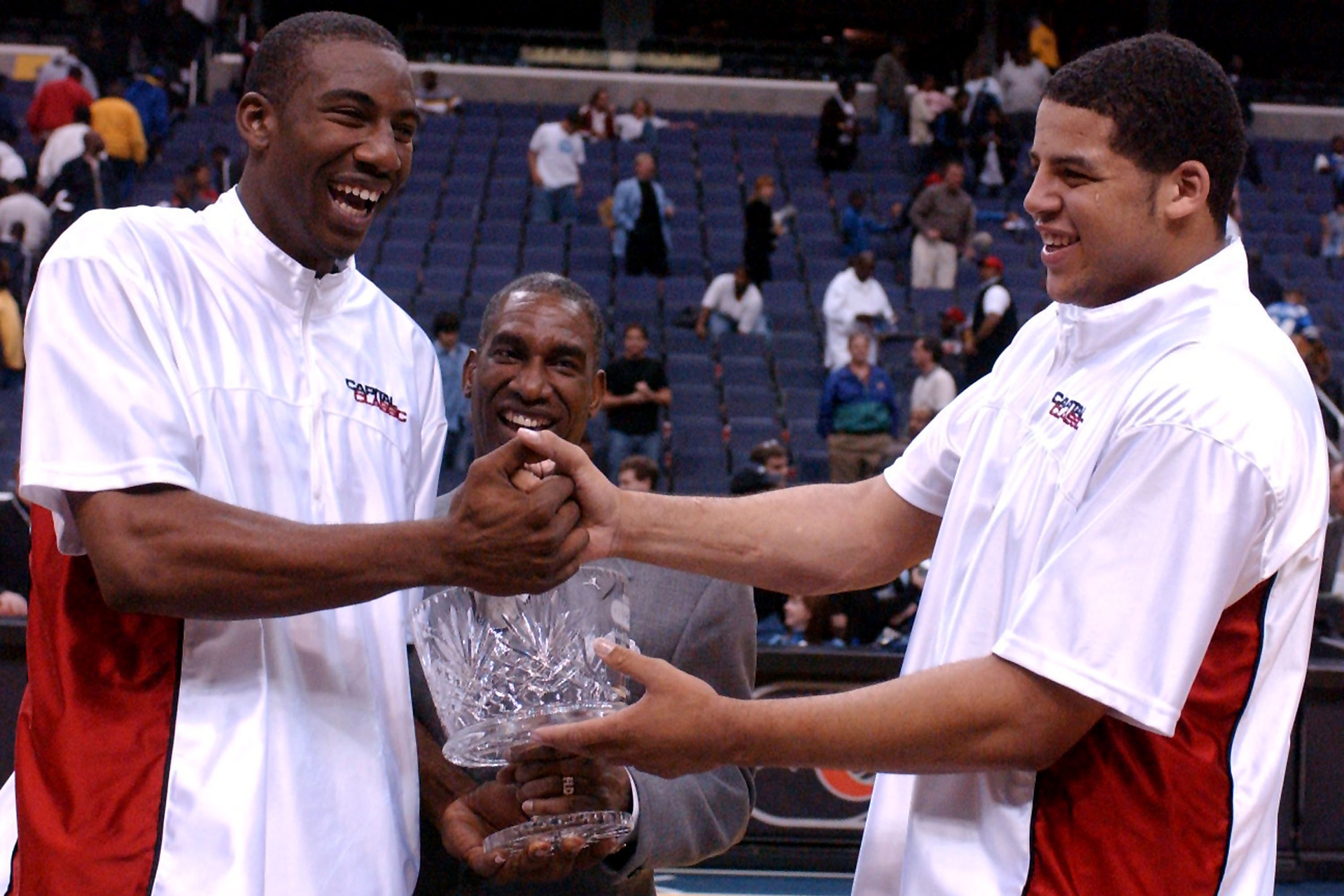 When I was a freshman at Cypress Creek High in Orlando, I realized I was going down a dangerous road. I was hanging out with the wrong crew. I had started ditching classes, and my grades started dropping. I knew I needed to wake up, get away, and just focus on basketball.

I went to my coach and mentor, Burney Hayes. My father passed away when I was 12, and my mother was serving time in prison. Coach Hayes was one of the people who took me in. I told him, “Coach, I need to get out of here. I’m starting to get into trouble. Is there anywhere I can go?”

My first day of practice there, coach woke us up early, like at six in the morning, and led us to the football stadium.

“All right guys. Touch every step around the stadium, around and back.”

Wait. Hold up. Around and back? This stadium? What? Aw, man.

I was just a freshman, huffing and puffing up the steps. My older teammates were a little more used to it, so they’d be in front, shouting back at me, “Come on, STAT! Come on!”

When we finished, coach gave us each a gallon of water.

“Drink it, and I’ll see you tomorrow.”

And that was just Day One.

It was all worth it though, every practice and every stadium step. It made me into a top prospect, a top pick and eventually, one of the top players in the NBA, where I played alongside some of the best the game had to offer.

Today, as I sit back and reflect on my NBA career, I just want to take a minute to give love to some of those guys.

Let’s start with where it all started, in Phoenix, with Stephon Marbury. I was his rookie. He took me under his wing and showed me the ropes. Too many people forget that he was an All-Star, a max-contract player. For a player that great to take me under his wing, it just meant so much to me.

Then there’s Steve Nash. Before he arrived, we already had a pretty strong nucleus in myself, Joe Johnson, Shawn Marion and Leandro Barbosa. When we brought Steve on board, we reached a whole new level. Everyone else fed off him. Once you have a pass-first point guard, a guy who just focuses on getting the ball to where it needs to be —who’s just making his teammates better — it opens up the entire game.

We redefined the game of basketball. Before us, the center position was more like Shaq or Karl Malone. We didn’t have that size, but we had speed. Mike D’Antoni made a decision to go small. Teams weren’t ready for it. They weren’t ready for Seven Seconds or Less. 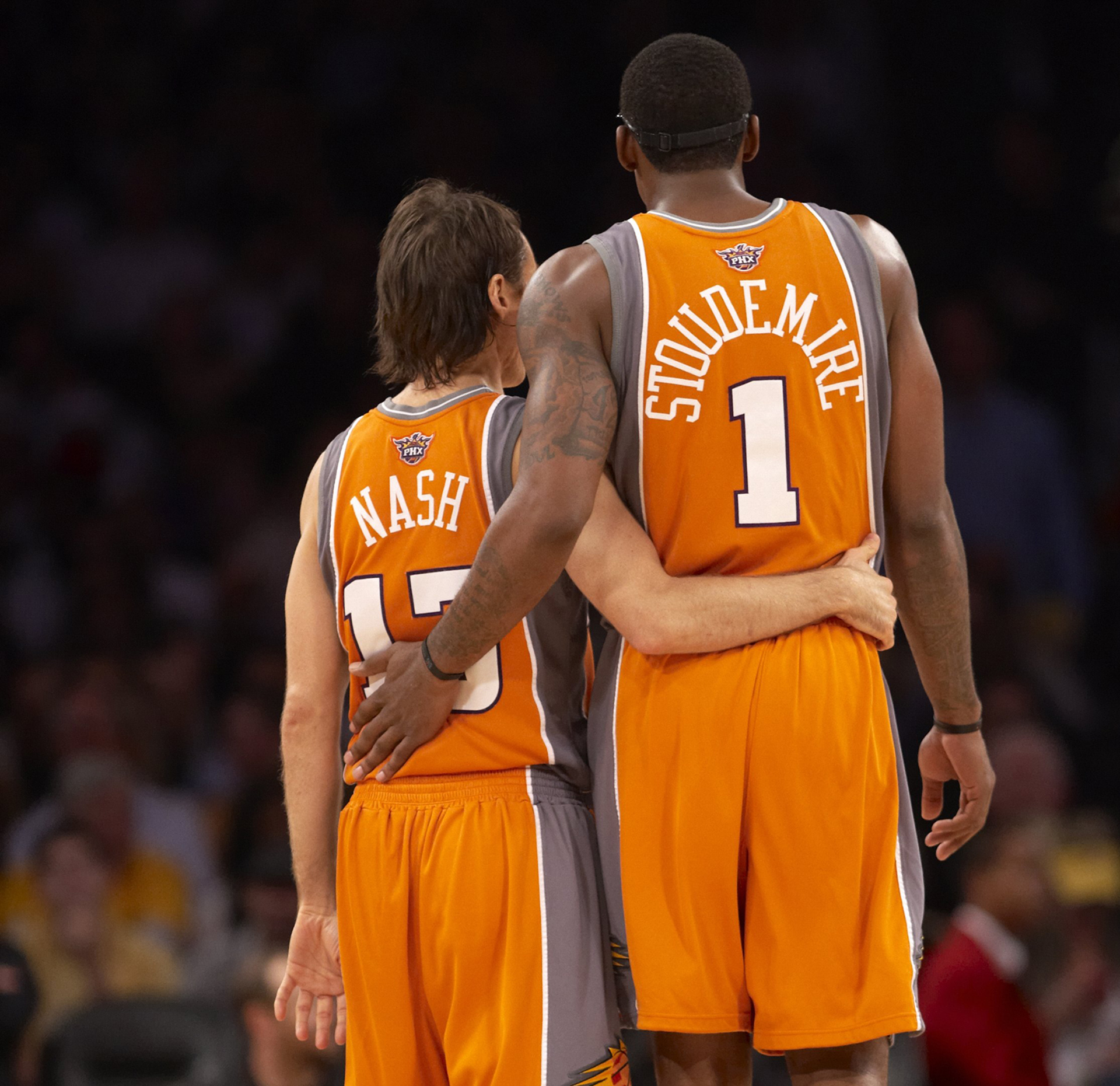 I don’t know how Steve made some of those passes. In the heat of the moment on the court, you don’t really appreciate a great pass. But once I got a chance to watch the replay, either on the jumbotron or in film sessions, I’d go up to him and say, “That was a hell of a pass!”

Steve was one of the best passers and shooters the game has ever seen, and I had the best seat in the house to watch him work. Steve took my game to a whole new level. He showed me what it meant to be a leader.

Can’t forget about the big fella, neither: Shaq. I idolized him growing up. And I got to play with him in Phoenix in ’08 and ’09. We did work, too. I was putting up insane numbers thanks to him and all the attention teams had to give him.

Then there’s Dirk Nowitzki. The toughest player I ever had to guard. That one-legged fadeaway? There’s just no stopping it. Luckily when we were on the same team for a few months in 2015, I didn’t have to. I could play off him and just watch him work.

I got to play a bit this year with Dwyane Wade, yet another Hall of Famer. He keeps his dribble so low to the ground, and he’s deceptively quick. It just takes two dribbles for him to get through the lane and explode to the rim. He looks like he’s going through the game on cruise control, but at the end of the night he has 28 points and nine assists.

Last, but definitely not least, Carmelo Anthony. I think he’s the best pure scorer in the NBA. It just comes so easy to him. When he’s at his best, he’s playing an entirely different game than the rest of us. That night when he scored 62 at the Garden, that was easy for him. He could have gotten 70, maybe more. He just flowed out there on the court. That’s what the game is all about, getting to a level like Carmelo is on. When a great player performs like that, it’s fun to watch. I should know, I was there. 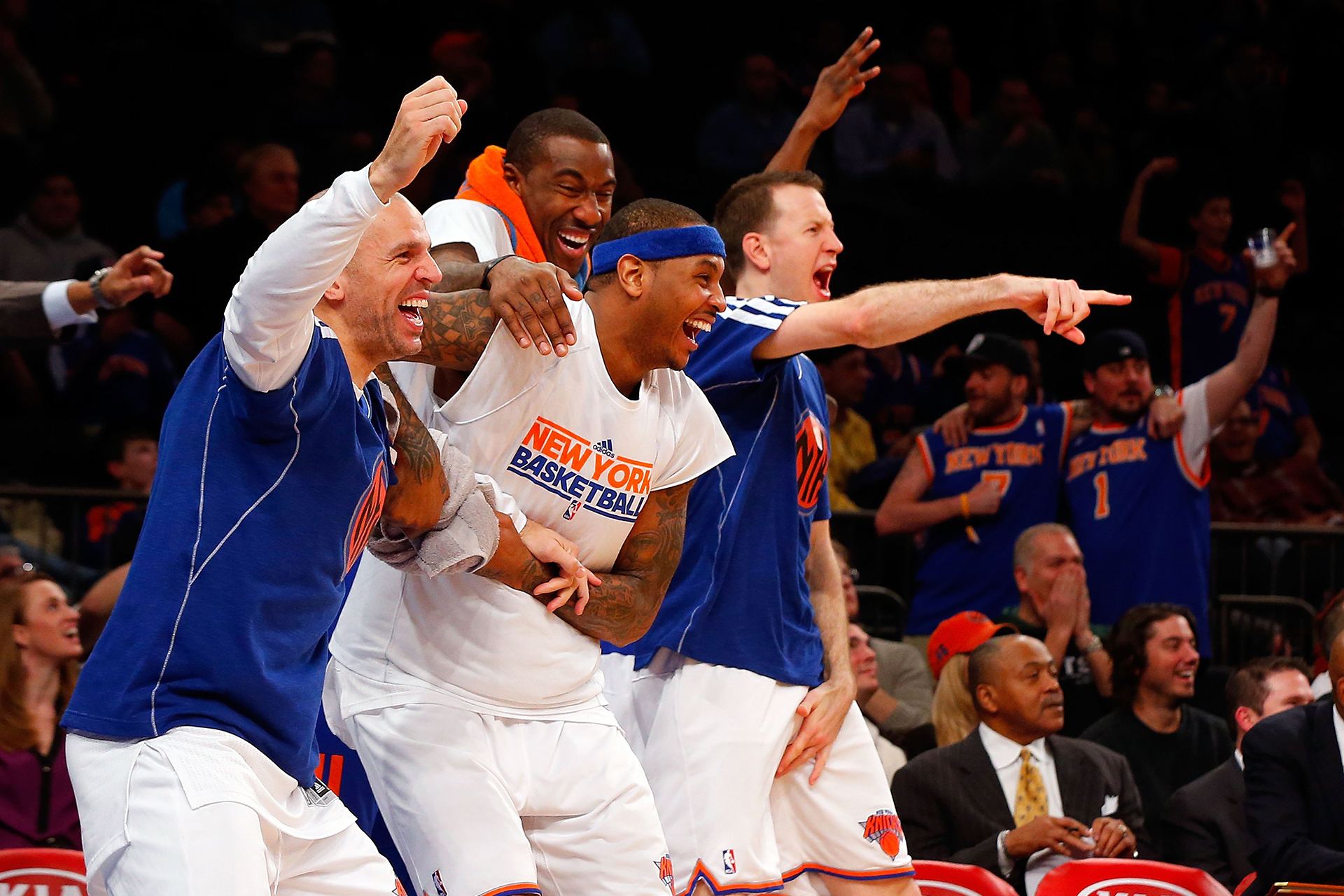 Over 14 seasons in the NBA, I experienced a lot of great basketball. I got to play with my childhood heroes. I helped change the game forever. And I got to feel a lot of love from fans.

That love, that excitement that I felt in New York and Phoenix? Nothing beats it. I’ll carry it with me even as I move on to a new stage in my career. I’ll always love those cities, how they welcomed me and turned me into the man I am today. Those cities, those people are in my heart forever.

I may be retiring from the NBA, but I’m not saying goodbye to basketball just yet.  My next step is playing for Hapoel Jerusalem, one of the top teams in Europe.  This isn’t about collecting a paycheck overseas, though;  it’s a spiritual journey, too.

The Scripture speaks about Jerusalem as a holy place, and I can feel that whenever I’m in the city. This is a chance for me to be a better husband and a better father, to help me lead my family into righteousness. The opportunity to play there, and grow as a player and person, is a blessing.

As my father used to tell me, “The sky’s the limit.”