Why I Play Football

It was the first game I ever started in college and I was excited to show what I could do. But we just couldn’t do anything right. By the time the game was over, we had put six points on the board. Six points. On national television. And I felt like I was partly responsible.

This was supposed to be the start of a big season, and now it seemed like it might already be over.

While I was sitting there, Kevin Hogan, our senior quarterback, walked by and saw me. He stopped and sat down.

The 2015 season was Kevin’s last at Stanford. Out of everybody on the team, I figured he might be the most upset.

But he was smiling. He asked me what was on my mind.

I explained how I was worried about letting my teammates down, and how I felt that I could’ve performed better in our first game.

He put his arm around my shoulder.

“We’re going to be fine, man,” he said. “We have one of the best offenses in the nation and you’re a big part of that. But you can’t harp on this. Not at all. We’re going to need you going forward.”

Those words … they’re so simple. But what Kevin said didn’t matter nearly as much as how he said it. I could tell that he believed in me. And that was all I needed.

That was when I really knew that playing at Stanford is about much more than a single football game. 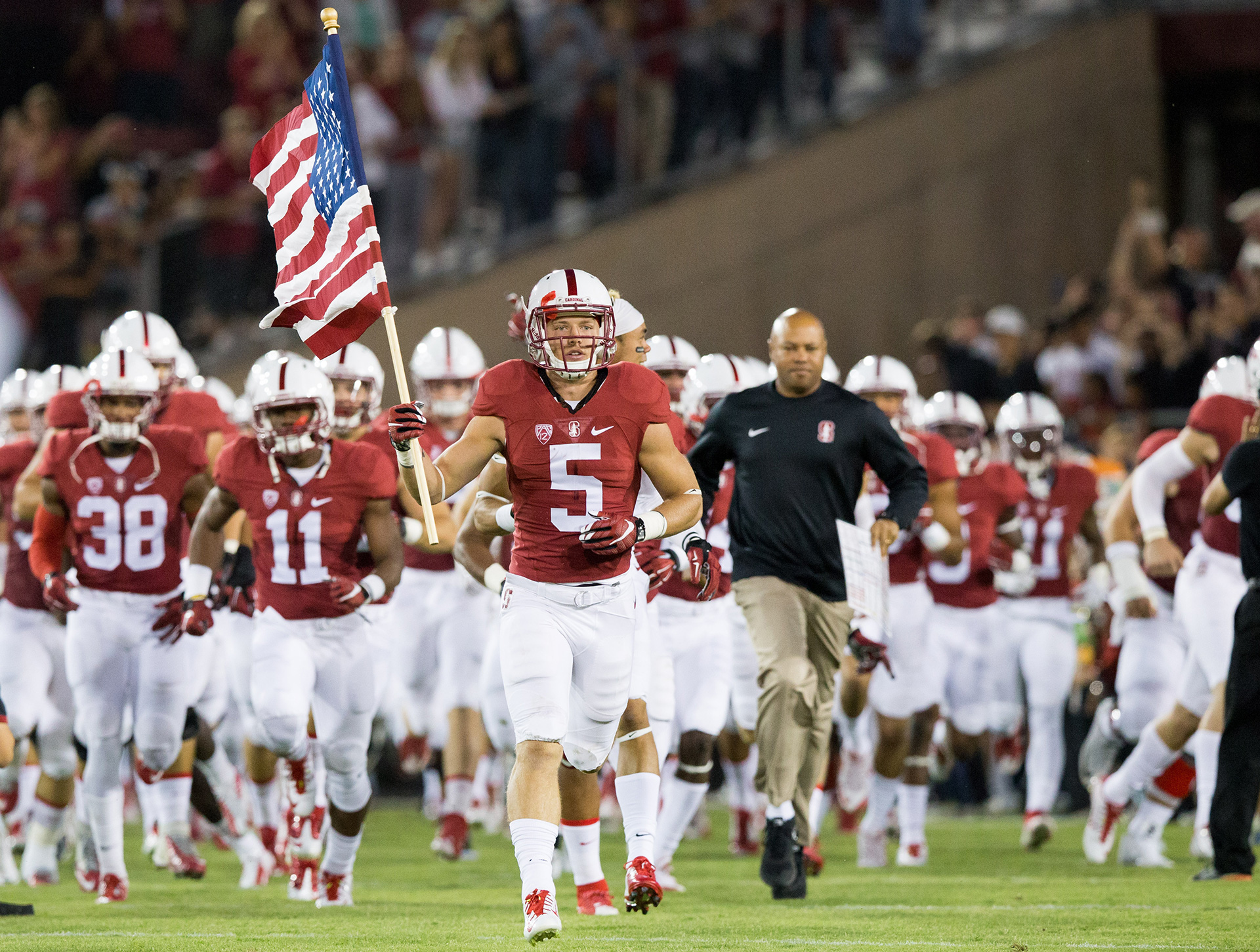 Playing at Stanford is about much more than a single football game.

Let me tell you about stationary fuel cells.

They’re basically these big power sources that can produce electrical power by converting hydrogen and oxygen into water. They can power homes and commercial businesses, and in the case of a system failure, they offer an alternative way to generate power. I’ve also read that they’re on almost every NASA space flight to generate power and to provide the astronauts drinking water.

When you first arrive at Stanford, you find out pretty quickly that you’re surrounded by a bunch of geniuses. It’s something my teammates and I talk about all the time. The thing is, a lot of the guys on the team are geniuses, too.

I mean, just on my offensive line, from left to right, I’m protected by guys majoring in philosophy, biomechanical engineering, Japanese, earth systems and science, and technology and society. When guys at practice are discussing Immanuel Kant, or chemistry and calculus, while they’re flipping massive tires, you know you’re in a special place.

When we’re not studying or playing Super Smash Bros. in the lounge (for reference, Blue Kirby is the best player in the game), we’re trying to win a national championship. Looking back, that loss to Northwestern last season might have been one of the best things to happen to our team. It created an adversity that forced us to come together and made each of us step up. And Kevin was right. We were fine. More than fine. We only lost one more game, to Oregon by two points. And by the end of that season, we were Rose Bowl champions. 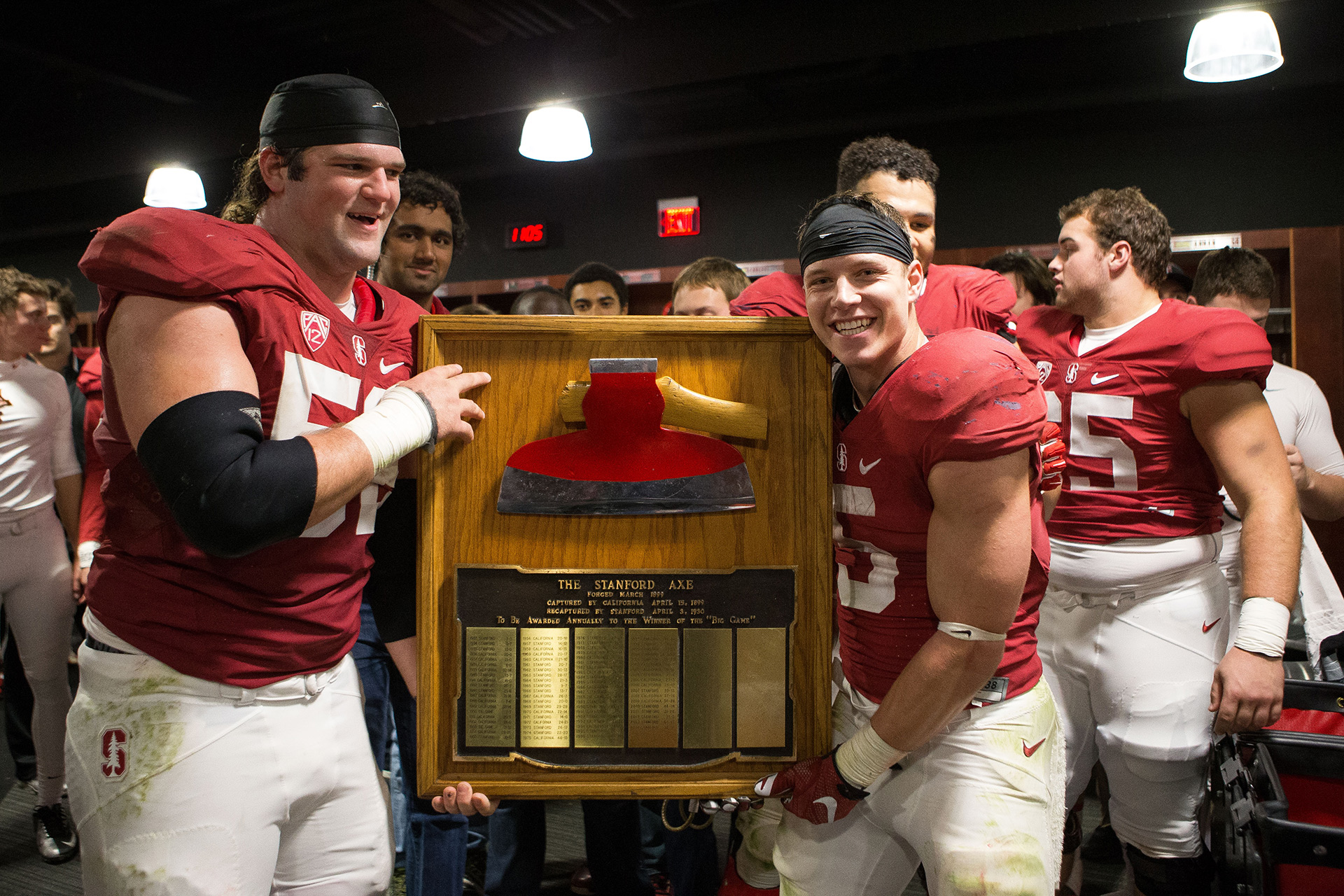 When the whistle blows and the ball is kicked off, I take a few deep breaths, focus and then explode.

I play football for the love of the game.

When I’m out there, my goal is simply to get as many yards as I can every time I touch the ball. There are a lot of things at Stanford that require me to think deeply, but football isn’t one of them. You prepare meticulously so that when the time comes, you don’t have to think. It’s about instincts and reactions. When the whistle blows and the ball is kicked off, I take a few deep breaths, focus and then explode.

And what’s amazing is that if you do use your instincts and reactions to do great things in this game, you get a platform that allows you to do some good in this world. I learned that from my dad. Back in 2010, he started Dare to Play, a football camp for kids with Down syndrome. When he learned that kids with Down syndrome don’t have many opportunities to play organized football, he decided to change that. Dare to Play offers kids eight years old and up a chance to play on a team, which is pretty darn cool.

When I was a freshman in high school, I joined almost every single one of my football teammates as camp counselors. We were hooked from the moment we met the campers. And the truth is, the kids I work with help me far more than I could ever help them. They’ve made me realize that there’s a lot more to life than just football. So much more. And participating in this camp every June is one of my very favorite things.

Over the years, I’ve developed a special relationship with a few of the campers. One of them in particular is my friend, Dusty. The camp uses an old buddy-young buddy system, and I was paired with Dusty at the first camp back in 2010. We hit it off immediately. He was hilarious. Every year, Dusty would come back and we’d joke, laugh and even play a little football. Eventually, he became one of my best friends. Our families live in the same neighborhood in Colorado so we always stay in touch. 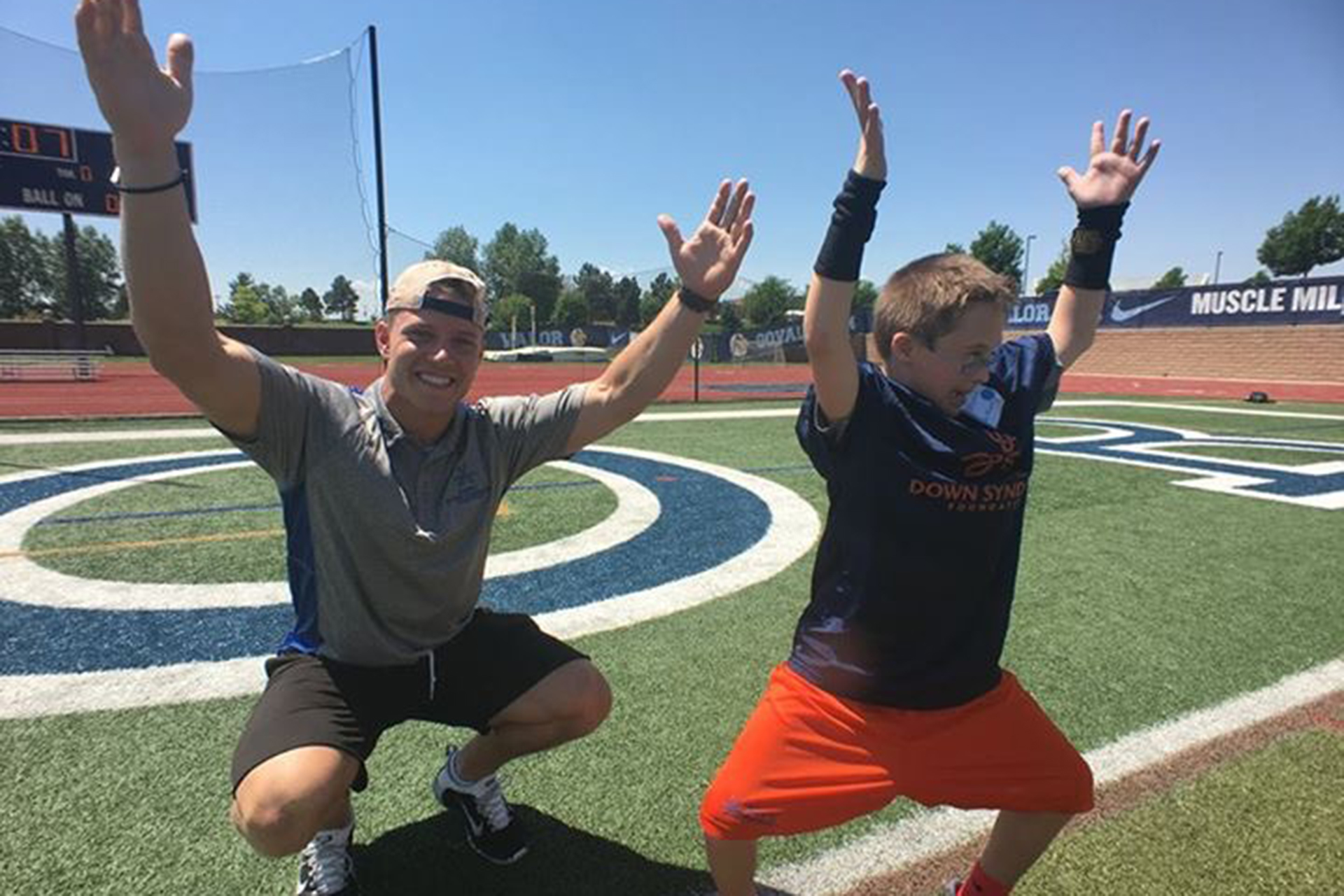 The greatest day of the year for me is when I see him.

He’s a great kid — and a heck of a football player.

Every summer when Dusty returns to camp we don’t miss a beat. This past year, he said something to me that I’ll never forget.

After I saw him and gave him a hug, Dusty said, “This is the greatest day of the year for me.”

I wanted to cry.

When you hear something like that … well, it’s just indescribable. If only Dusty knew how much he and his fellow campers inspire me. And that the greatest day of the year for me is when I see him.

So when you see me take the field, know that I’m playing for more than just football. I have a strong faith in God. I don’t think He’s looking down on me and hoping that I score touchdowns. Nah, He just wants to see that I did my absolute best on that particular day.

I’m not the same player I was last year. I’m better. And now I’m ready to become more of a leader. I’m not expecting everything to be perfect. I know there will be a lot of challenges, but now I have a better understanding of how to handle them, whether it’s on the football field or in a nuclear energy class. So this year, if I see a freshman or a sophomore struggling, I’ll be the one to let them know that everything’s going to be fine.

Sometimes all you need is someone to believe in you.