Go ahead and look at some video of it. He’ll take a few warmup swings, then all of a sudden he’ll be crouching down, knees bent, rocking from side to side. He’ll stand up to take a couple more swings, and then he’ll be back down in a wide stance, doing this crazy thing where he rolls his shoulders back and forth. The whole routine is like one long dance move.

Ichiro is always stretching. Before games, after games, on off days, in the on-deck circle, when he’s on base. All the time. If you showed up early to the stadium on a game day, you’d always find Ichiro in the clubhouse, stretched out on the carpet in some kind of pose.

I remember Ichiro before I even met him. He was a rookie and the Mariners were visiting New York early in the 2001 season. I don’t recall how much buzz there was around him yet. All I’d heard was that he was a position player from Japan — which itself was a pretty rare thing at the time. In my career there were a handful of great players from Japan, but most were pitchers, not position players. And most weren’t 27-year-old rookies.

Ichiro hit a routine ground ball to short. I didn’t have to move more than a step to my right. But by the time I looked up, he was almost to first. He nearly beat out my throw. I remember thinking, Wow! Who is this guy? He can fly. I was really surprised.

The first time I actually met Ichi was that same season, at second base — Ichiro ended up at second base pretty often, as it turned out. The first few times we chatted, he was cordial but he didn’t say much. His English wasn’t there yet. About a year later, I remember him hitting a double and sliding into second.

I gave him a nod. As he dusted himself off, he caught me off guard by responding with a few words.

Main man? All I could do was smile. Where was this guy learning this stuff? 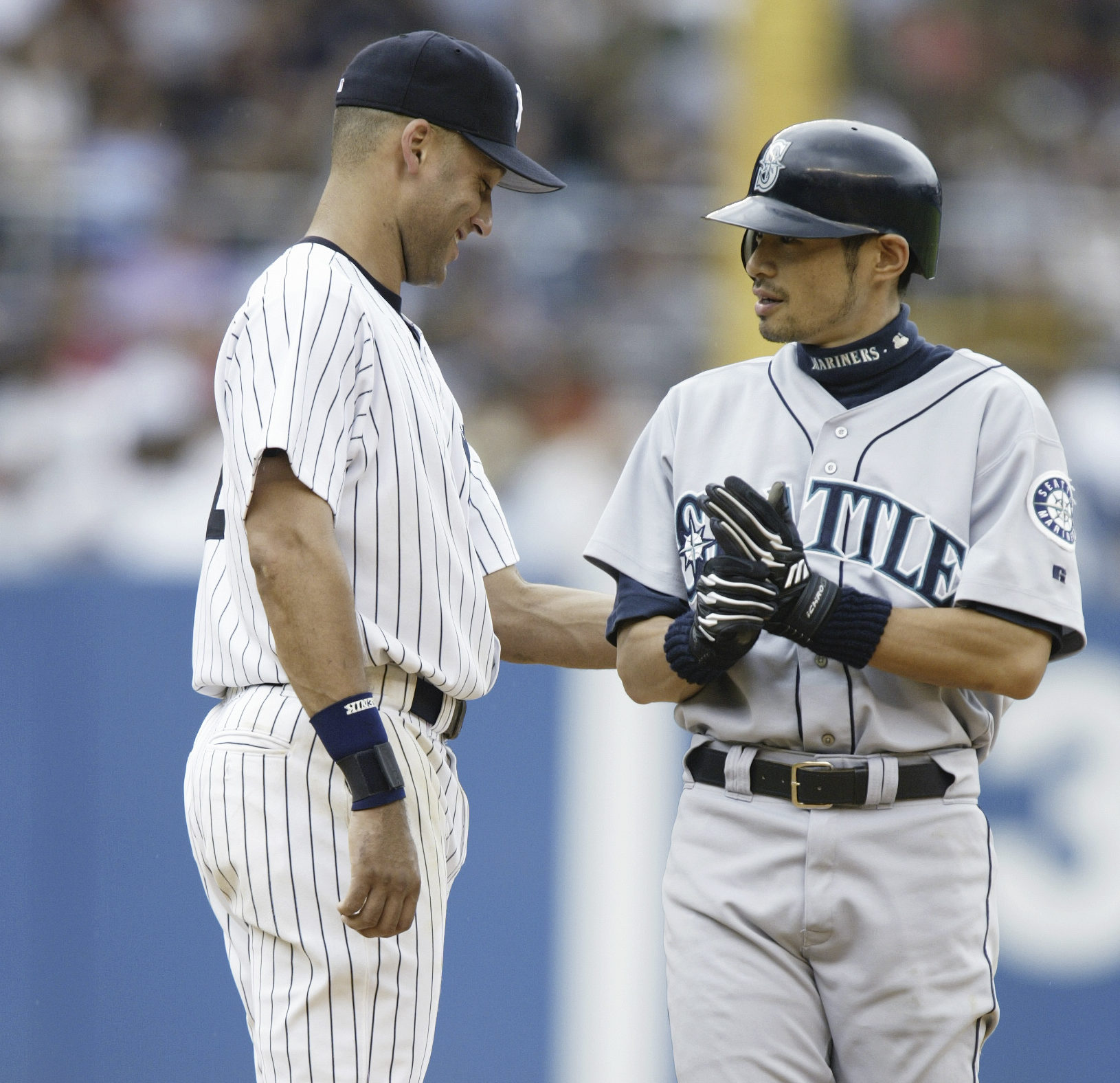 As the years went on, I saw Ichiro at second base more and more. He had always been friendly, but as his English improved, our conversations got a little bit longer. Soon we were exchanging a full sentence or two in between pitches. He always made me smile with different phrases he was picking up from his teammates. He told me that he was learning quite a bit from Mike Cameron. Mike had taught him to say things like, “What’s up, my brother from another mother?” I could tell Ichi was fitting in well in a new country, on a new team. Seattle was a really welcoming place for him, and I think those Mariners teams were really good in part because of their chemistry.

I’m not surprised Ichiro’s English got so good so fast. His approach to learning the language was the same as his approach to the game of baseball: Work and then more work.

Right now people are paying a lot of attention to Ichiro approaching his 3,000th hit. He will be joining one of the most exclusive clubs in baseball. It’s an incredible accomplishment. When you add in his 1,278 hits from Japan, where he played until he was 26, his career will be counted as one of the best of this or any other generation.

But for a moment, let’s look beyond the 3,000-hits milestone. Most people don’t focus on how great of an all-around player Ichi is. He has all the tools. 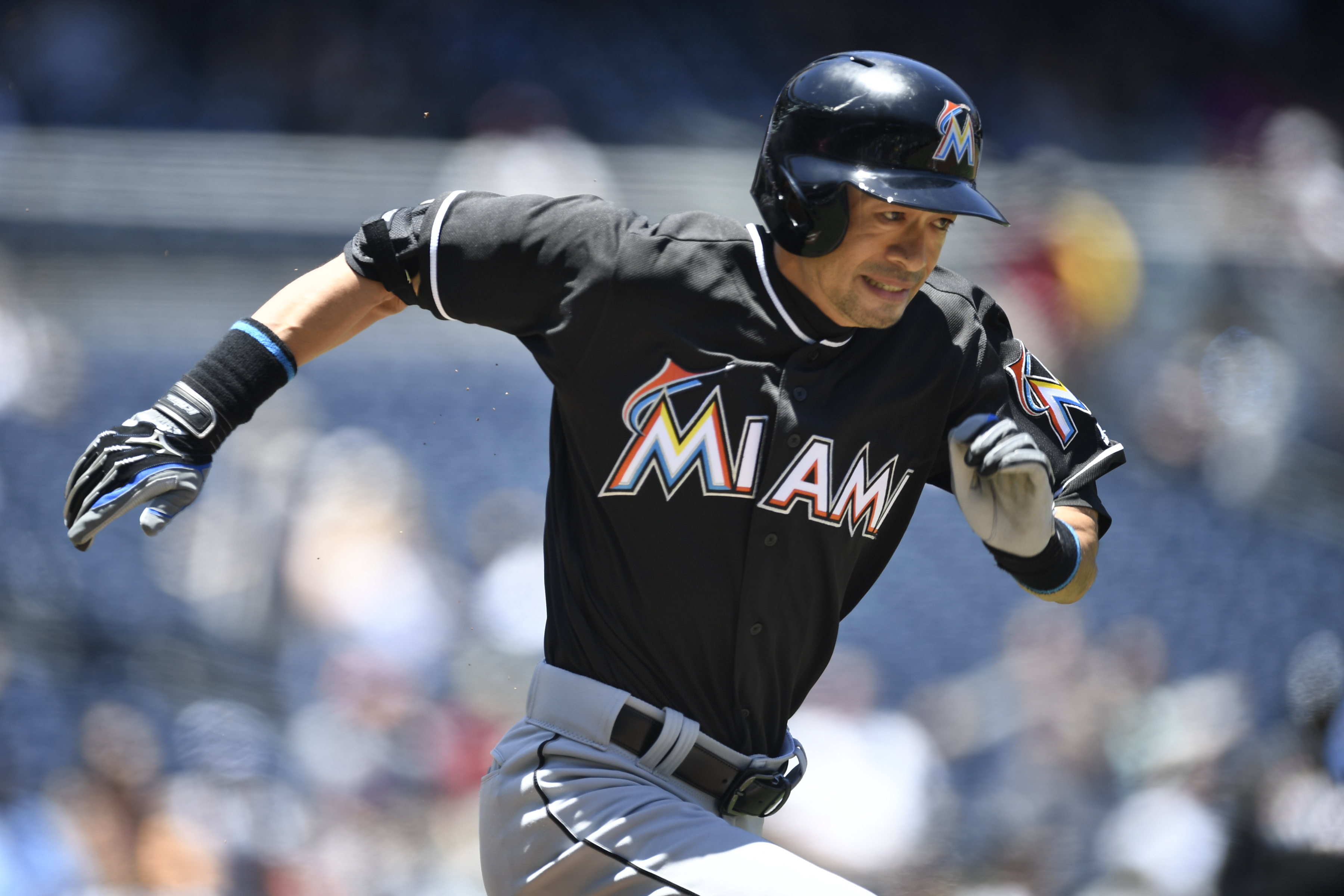 His baserunning — his sheer quickness — was like nobody else’s in baseball. This is a guy who has used speed as his main weapon for 25 seasons as a pro.

Ichi’s arm is unbelievable. His hitting is obviously great, but at times his defense has gone underrated. You know what I mean if you’ve seen him throw someone out from rightfield. Maybe it was all that stretching.

At the plate, his hand-eye coordination and his ability to swing the bat are as pure as they come. I’ve heard some people refer to him as a contact hitter — and that’s true in a sense. As a hitter your job is to get on base, and Ichi got on base more than almost anyone. But I think just calling him a contact hitter takes away from what makes him so special. Most of us have only seen him hit singles and doubles. But he had an ability to show some power that wasn’t always apparent.

During the All-Star Game in Seattle in 2001, I was standing around with some Mariners players when they started talking about how Ichiro should enter the Home Run Derby. I thought they were joking.

“He’d win if he entered,” somebody said.

Shortly after, I found out what the guy meant. Everyone watched as Ichi put on his own personal home run clinic.

Most of all, I’ve admired Ichiro because he’s a model of consistency. In my mind, the most underrated characteristic for anyone is consistency. It’s something that gets overlooked until it’s gone. I think baseball was always more than just a game to him. This was what he was born to do. And most impressive of all, the guy’s 42 years old and I can’t remember him ever being on the disabled list. He has taken great care of himself. He seems to approach baseball like a craft that can never be perfected. I don’t think he has a concept of “time off” from the game. It’s his life’s work. That starts with working hard all the time, even when no one’s looking.

During the 2013 All-Star break, I remember hearing that Ichiro had showed up to Yankee Stadium to work out, only to find that they were setting up for a concert that night. So he went to Central Park to play catch.

Fast-forward to October 2014, a few days after I retired. I had gone back to Yankee Stadium to clean out my locker. Some of the staff was there but the stadium was quiet. We hadn’t made the playoffs. Most guys like to take a little vacation right away and then relax until December or January.

As I was cleaning out my locker, I saw Ichiro walking to the cage to hit. I remember thinking, I hope he at least took a couple of days off.

By that time, Ichiro was pretty much fluent in English. He still traveled with an interpreter, but he didn’t need one most of the time. That meant we got a lot more opportunities to talk. 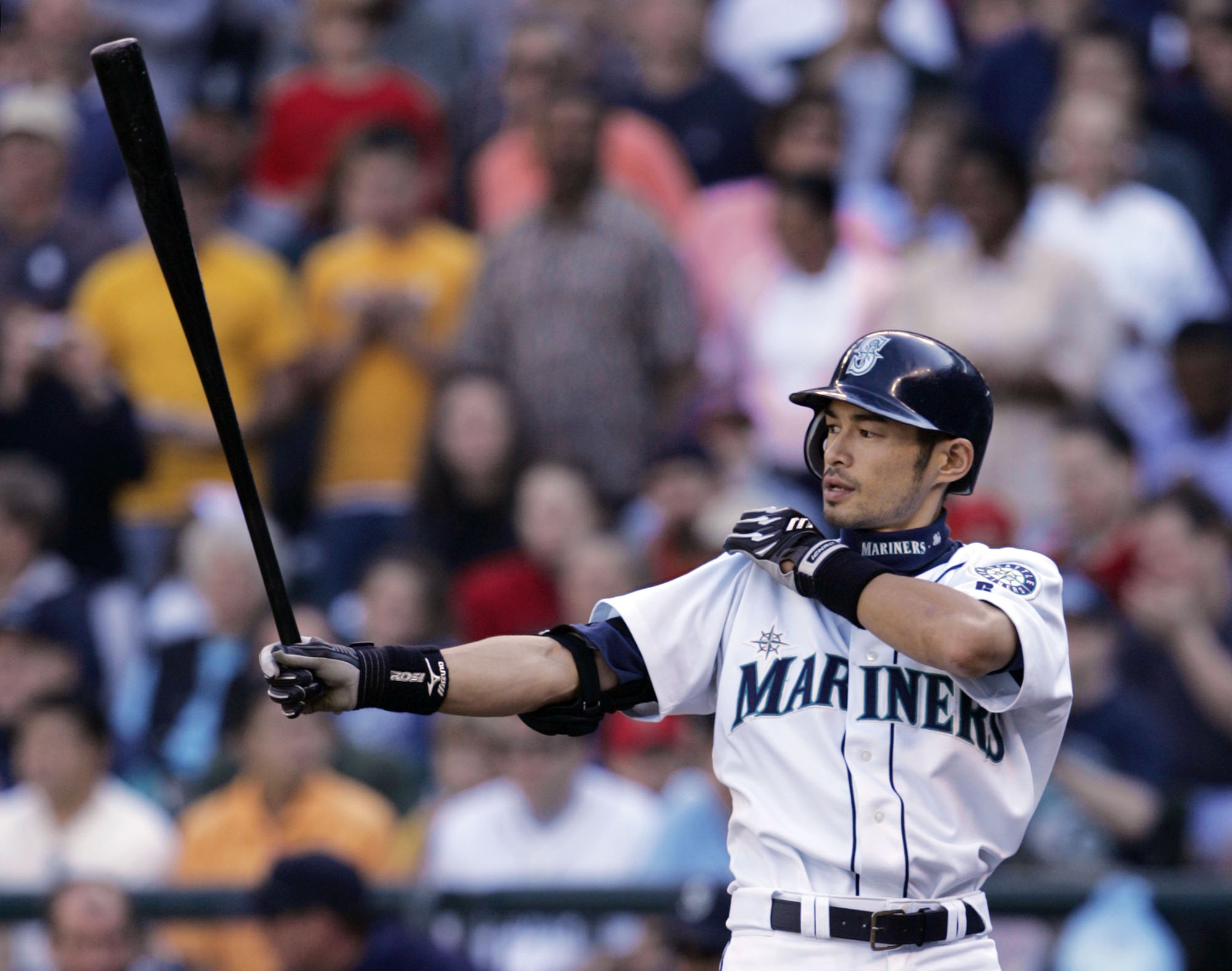 I’ll never forget one moment in particular. It was Game 1 of the ALCS in 2012, the game I broke my ankle. I went for a ground ball in the 12th inning — and I heard my ankle pop.

I came out of the game and went back to the clubhouse for X-rays and ice. The Tigers scored two in the 12th and we lost 6–4. Shortly after the game ended, I moved to a smaller room off the side of the clubhouse to change clothes and gather my thoughts. Ichi and his interpreter came in and sat down next to me. Ichi asked me about my ankle.

He nodded, but didn’t say anything. I was finished icing my ankle and kind of taking my time. There was no rush to go anywhere. We had just lost and I knew I wouldn’t be able play until the next season. Soon the clubhouse was almost empty. Ichi, his interpreter and I were sitting in the small changing room. Ichi hadn’t even taken off his entire uniform yet.

Finally, I got my things together and stood up with my crutches to leave. It was only then that I realized Ichiro had been waiting for me. When I got up, he got up and watched me leave.

I don’t know if it was a sign of respect. Maybe he was just taking a long time that night. You’d have to ask him. But I like to think I know what he was trying to tell me. After all those short conversations at second base over the years, and the time we spent as teammates, the moment of silence between us that night still sticks out to me more than anything. When I think about who Ichiro is as an athlete and as a person, that’s what I remember. 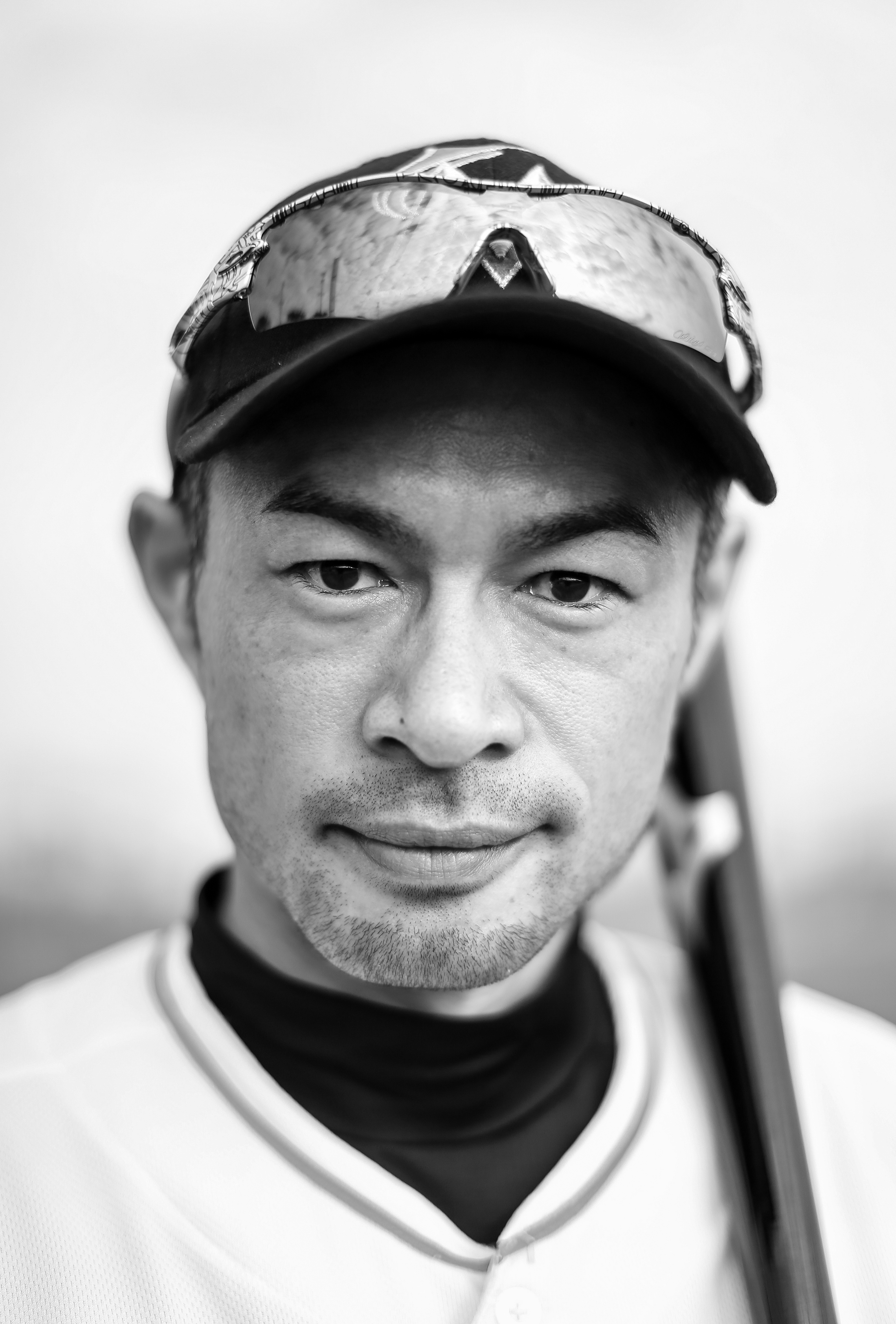 My hat’s off to Ichiro. He’s a guy who comes around once in a lifetime. No one’s ever seen anybody like him. And to be quite honest, we probably won’t see anybody like him again.

Part of me wants to tell him, “I hope you get to enjoy some time off soon,” but I know he wouldn’t like to hear that. I’m not sure he knows what time off looks like.