This hasn’t been the easiest off-season for me professionally. When you’re a free agent this late in the process, there’s a lot of uncertainty. That’s just the nature of this job for the majority of players in the league. One day (or even season) you’re on top of the world with a whole city behind you, the next, you’re a just another unemployed guy searching for work. It’s easy to sit around and stew when you’re thinking about the future. But there’s an old saying that goes “Idle hands are the Devil’s workshop.” So with this in mind, rather than sit around waiting, I spent some time this off-season helping people in a much, much worse situation than myself.

My father was born in Isuikwuato, Nigeria, and after immigrating to America started Living Hope Christian Ministries. For nearly 30 years, my parents have traveled to rural villages in Nigeria with a team of American doctors, nurses and volunteers with the sole goal of saving lives. Living Hope works for weeks in these villages, removing hernias, lipomas, cataracts and extracting teeth.

This summer I traveled to Nigeria— along with my older brother, Sam, who plays for the Bears, and his teammate De’Vante Bausby — on a humanitarian mission with Living Hope. Even though this wasn’t my first trip to Nigeria, it was special in many ways. When I reflect on the experience as a whole, there are the eight main lessons I walked away with that I’d like to share with you.

1: In America we re overwhelmingly blessed, but have underwhelming gratitude 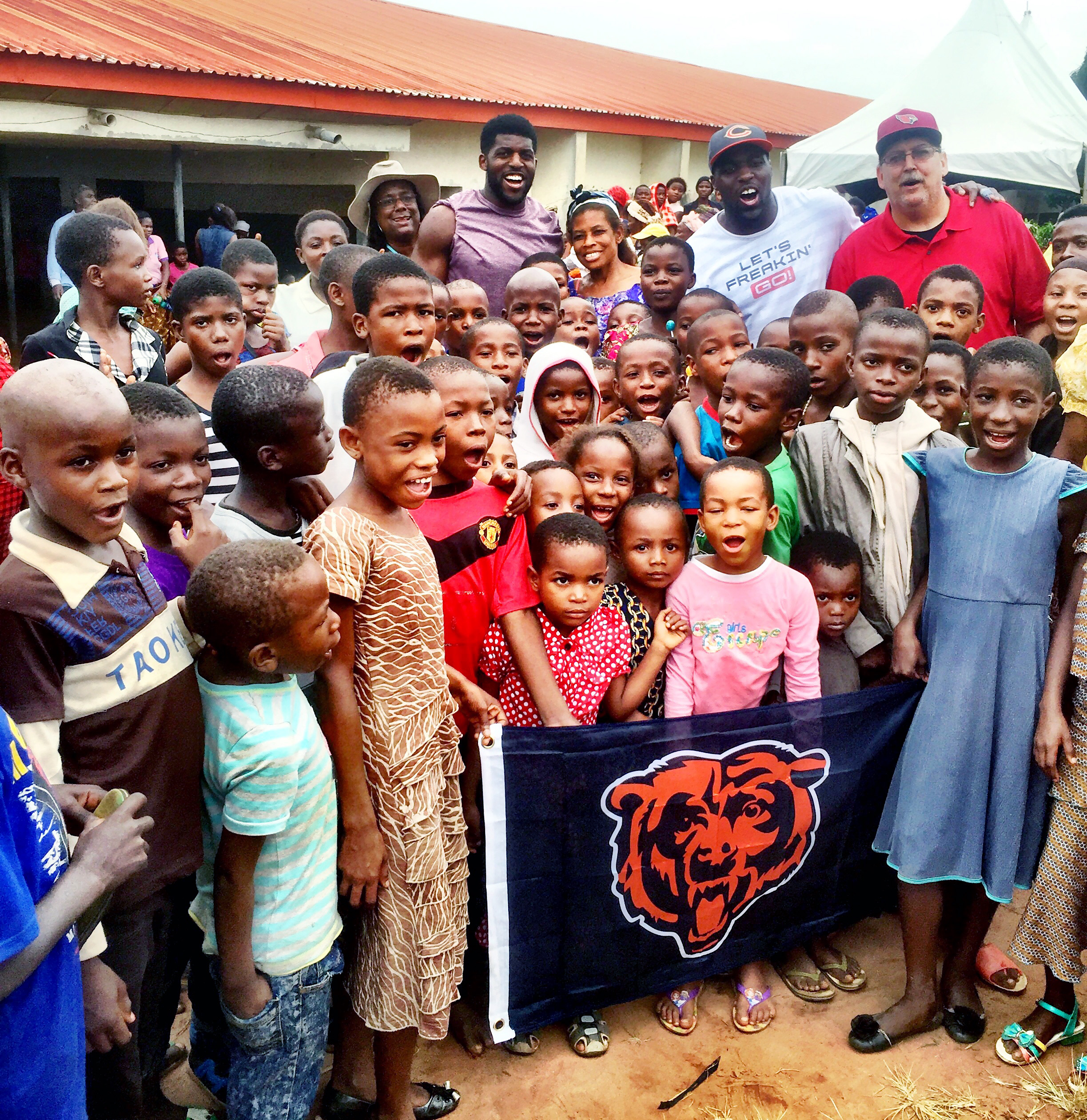 I’ll be first to say I am often guilty of this. We often take for granted that the only reason we enjoy a high standard of living is because others paved the way for us. I truly believe I live in the greatest country in the world, but my two-week stay in Nigeria made me realize how much of my privileged way of life I take for granted.

2: Fear of the unknown is no excuse 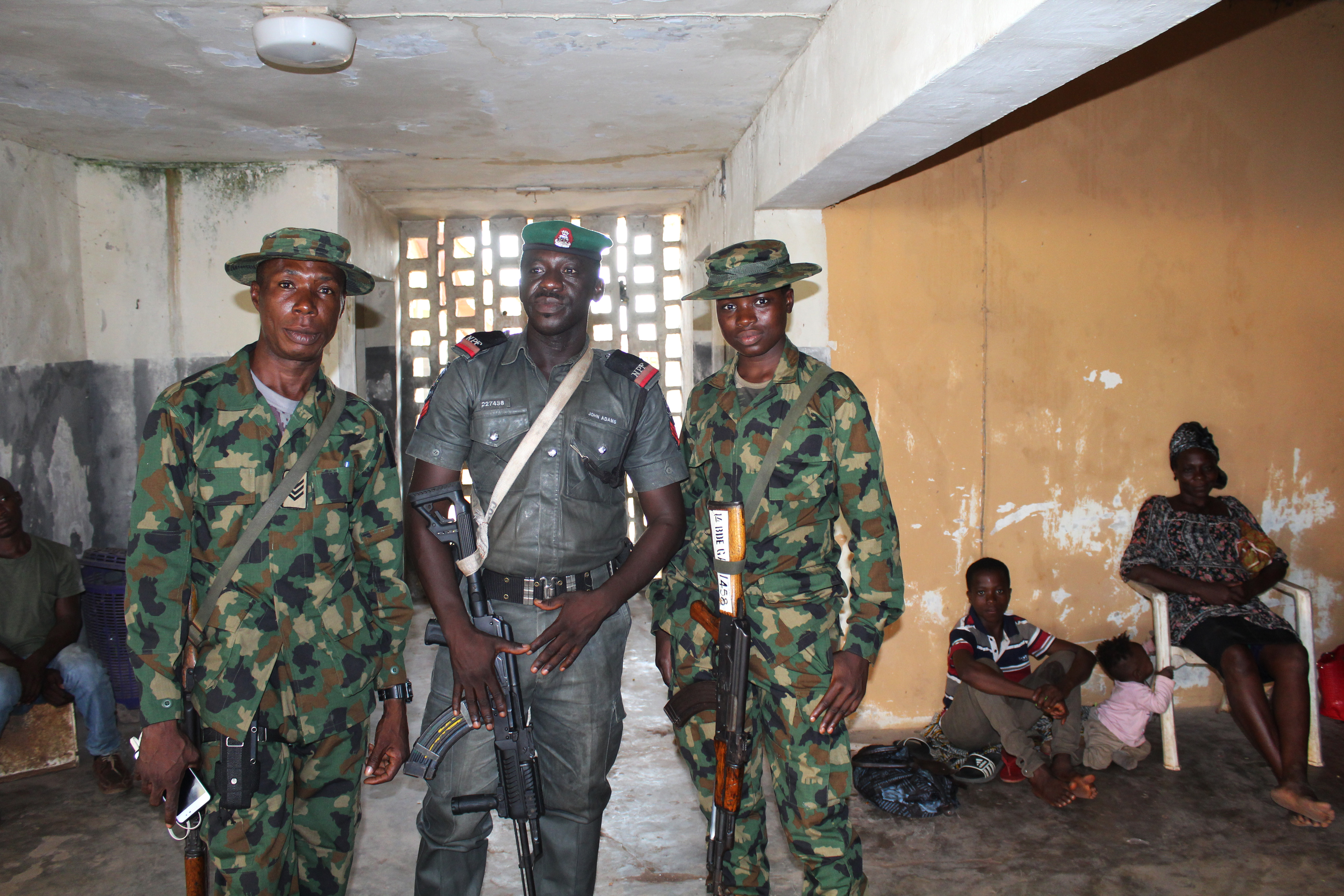 There are many people who are probably interested in making a humanitarian trip similar to mine, but who may be hesitant because of the inherent dangers associated with traveling to a foreign country. But the fact is, bad things happen everywhere. We easily forget that there are many dangers that Americans face at home. Look no further than the tragic deaths of Alton Sterling, Philando Castille as well as the murders of police officers in Dallas and Baton Rouge. My point is that tragedy is not limited to any one nation, and the potential for it to strike shouldn’t be the deciding factor in keeping a person from going on a humanitarian mission.

3: Money does not equal happiness 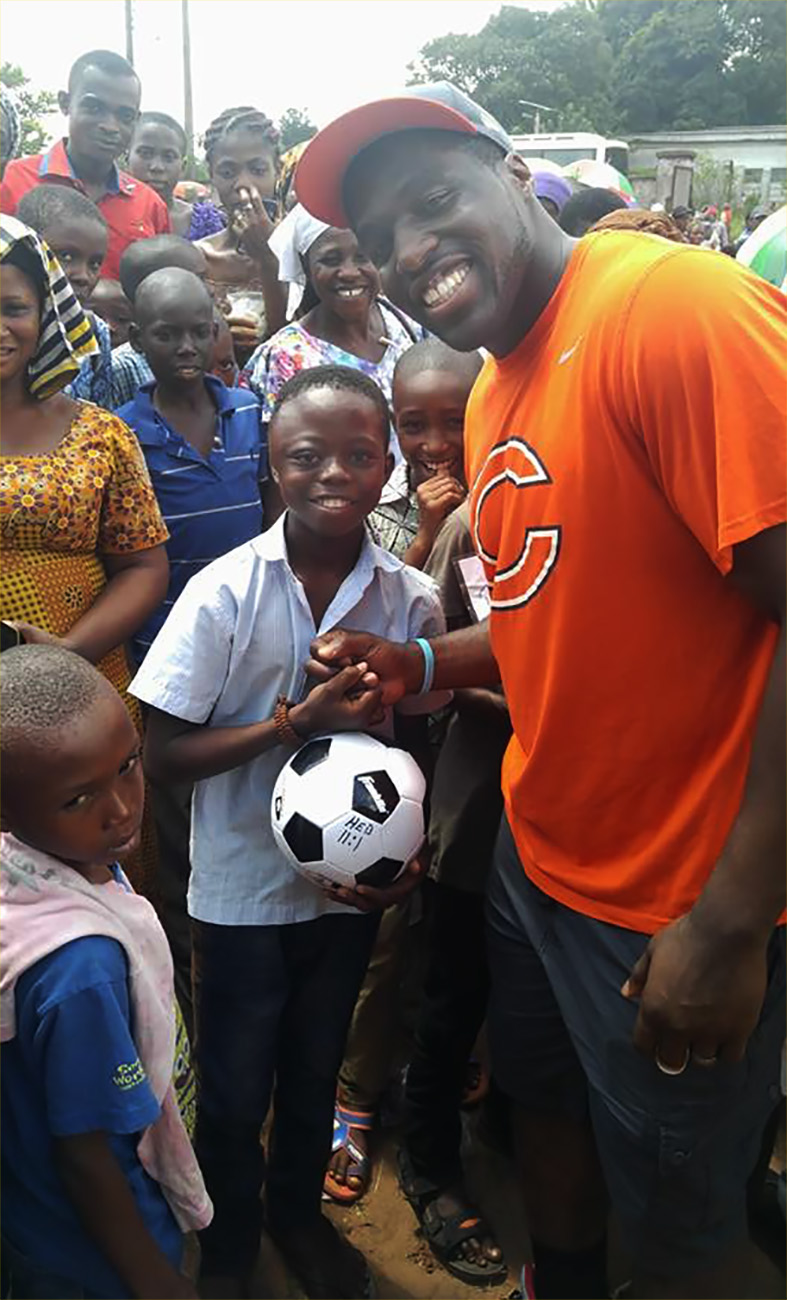 There’s a saying I used to love that goes “Money isn’t everything, but it ranks up there with oxygen.” There’s a simple truth to that because you need money to survive. But after spending a lot of time in a country where 60% of the population lives off of less than a dollar per day, I realized that money does not grant us much beyond survival. The people of Nigeria, particularly those living in rural villages, were some of the most joyful people I have ever met — despite their poverty/extreme poverty.

What they lack in material possessions, Nigerians make up for in joy, love, peace, kindness and respect. In that sense, they’re quite rich. Every day they showed our missionaries an incredible amount of love and kindness. Victor, one patient we treated, requested I deliver this message to you: “Tell your American people I love them.”

4: The harvest is plentiful, but the laborers are few 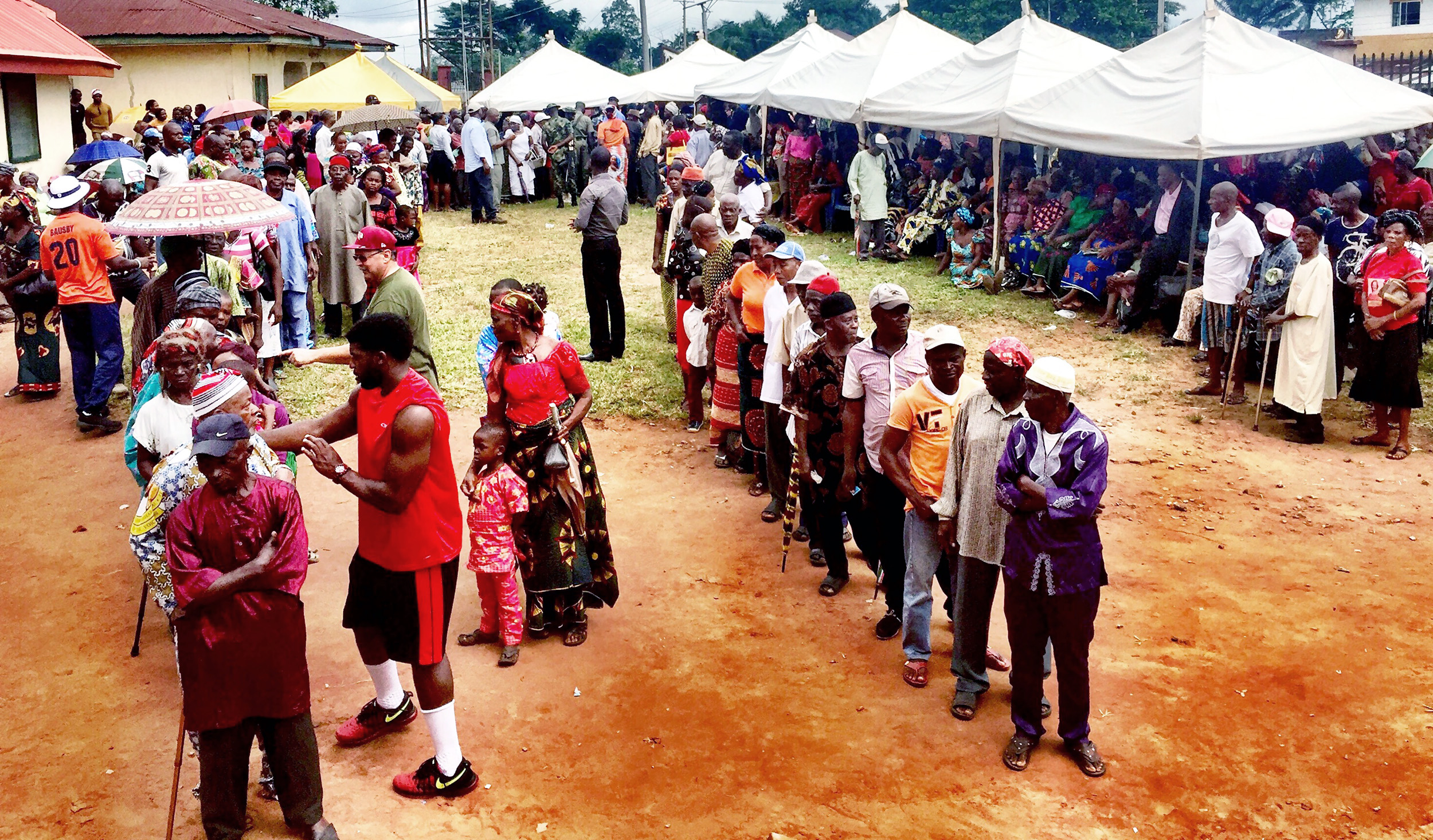 Our team of 27 of Americans were far outnumbered by the thousands of people we encountered in need of care. It was as if every time we treated one patient, two more walked in. We worked tirelessly from 8 a.m. to 7 p.m. every day, performing surgeries and prescribing eyeglasses and medicine. Without fail, however, thousands more would still be waiting for our help the very next morning.

5: They say it is better to give than receive, but I say the two aren’t mutually exclusive 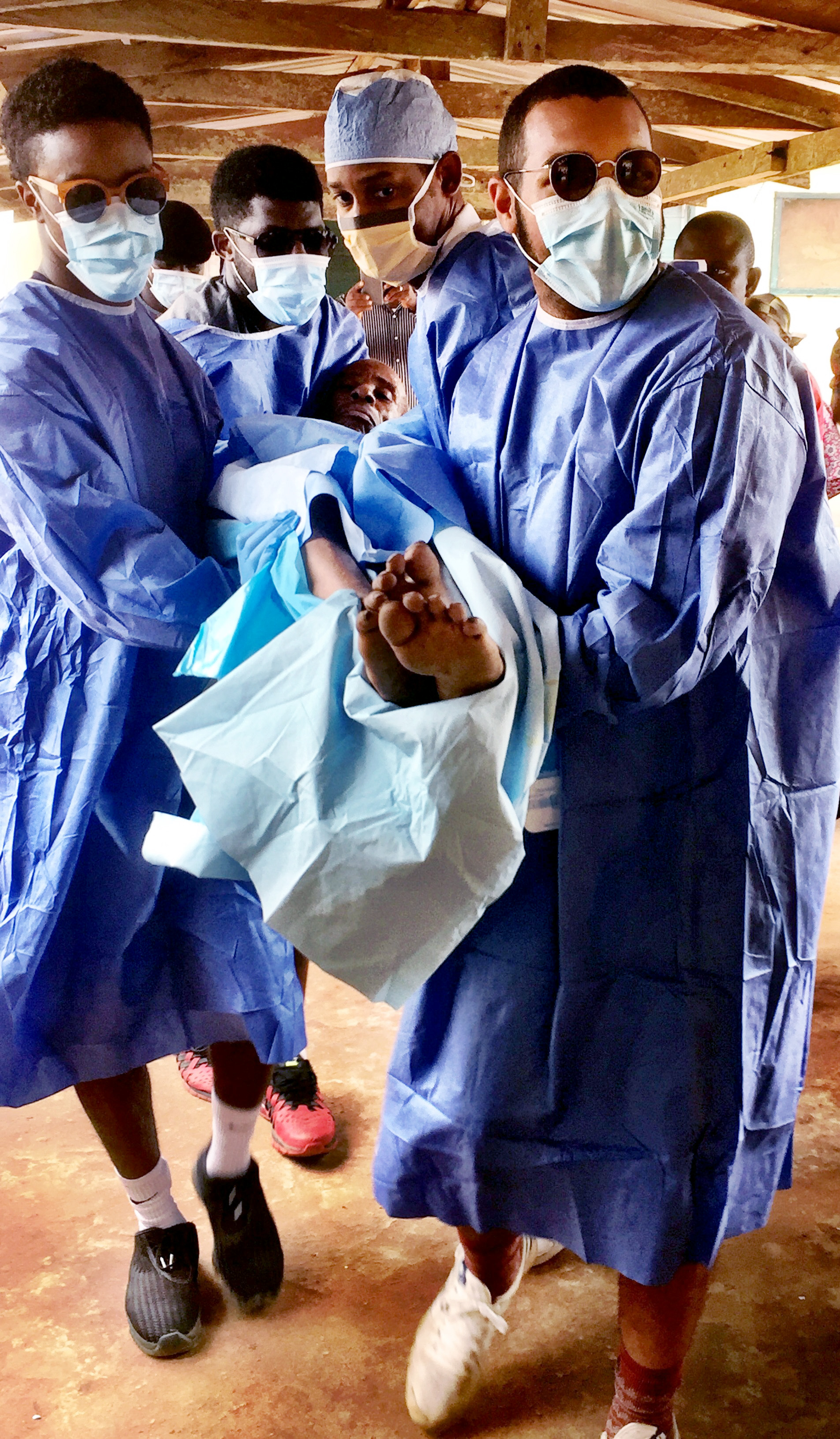 Upon arriving back in the U.S. after my trip, a lot of people showered me with praise for the work I had done in Africa. I heard things like, “Wow what a great thing you did for the people of Nigeria” and “You guys must have changed countless lives.” These sentiments were somewhat off the mark. What this trip taught me was that by helping others, you really do help yourself. There may not be a tangible financial reward, but there’s a certain satisfaction in humanitarian work that can’t be described. Those who have had a similar experience to mine probably understand what I’m talking about. While we did change many lives with the work we did in Nigeria, the people we helped weren’t the only ones who benefited from our time there. Everyone who went on this trip came away a better, more appreciative person than before they left. You can’t place a monetary value on that.

6: There is a level of poverty that is completely foreign to Americans 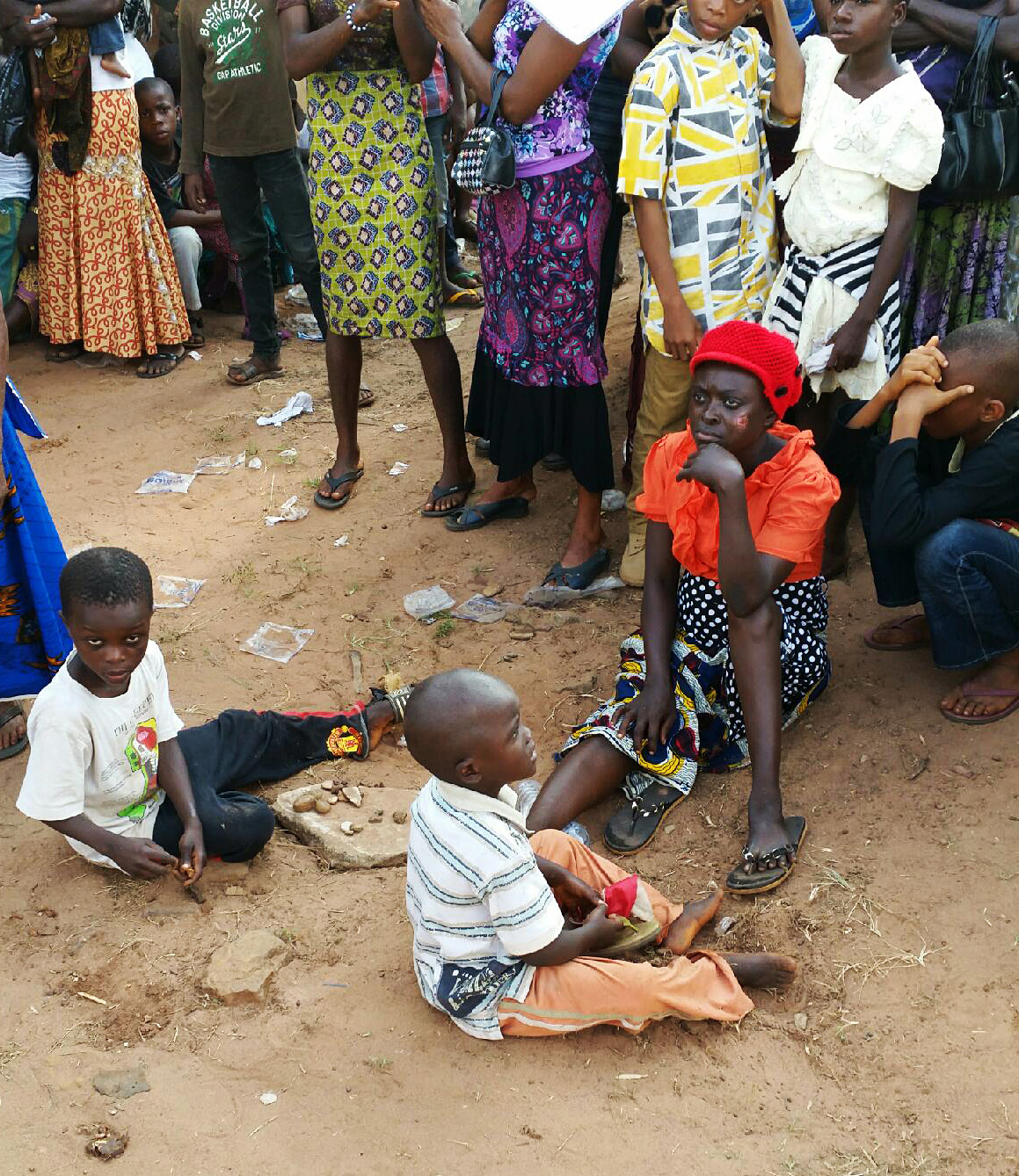 This trip completely redefined the definition of the word poverty for me. In America, we relate poverty to the inner city, where income levels are low and crime rates are high. There’s no question that life in those areas is extremely difficult, but even those living in some of the very worst conditions in the U.S. would be considered upper-class citizens in Nigeria. Where we worked, poverty was not Section 8 housing and food stamps. Poverty was sleeping in a hut you built out of palm leaves and bamboo sticks. It was having your day start when the sun rises and end when it sets because there is no electricity within miles. In Nigeria we were exposed to the kind of poverty that most Americans are lucky enough to know nothing about.

7: A life lived selfishly is not worth living 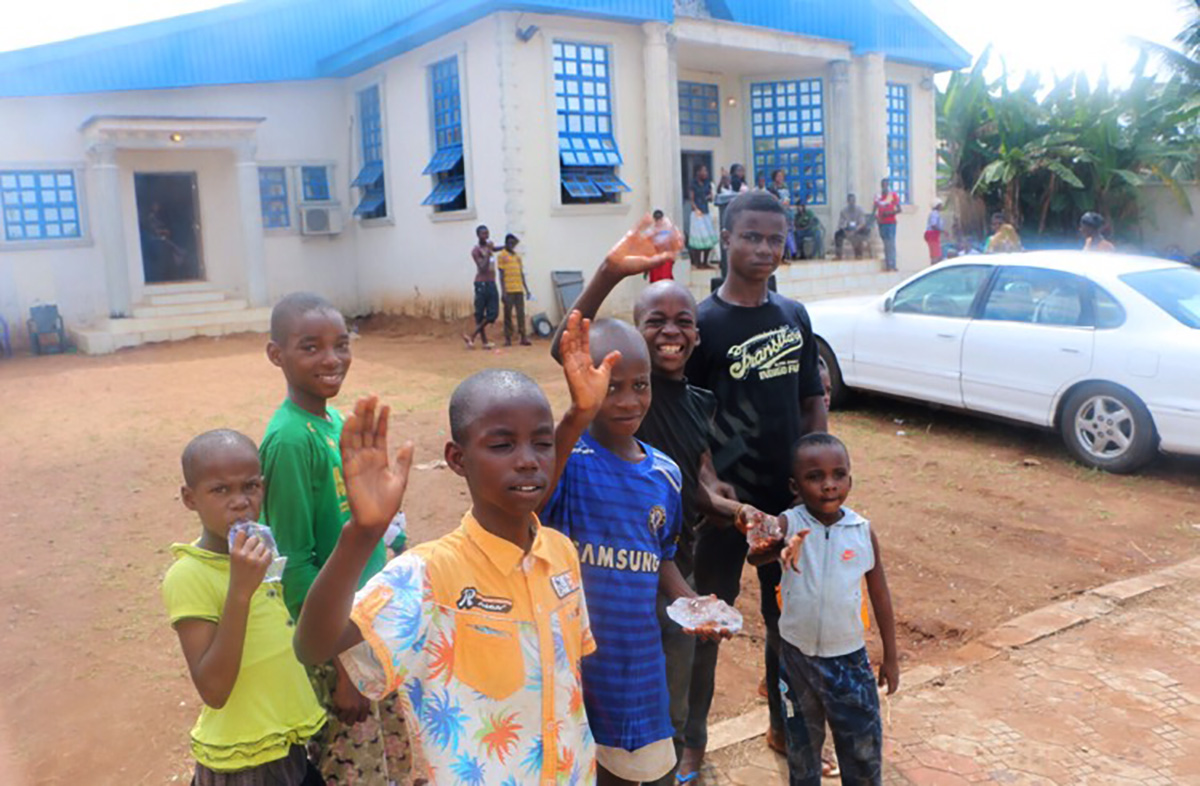 I’m currently a 4-year NFL veteran looking for my next opportunity. But I’m also much more than that. I have something to offer the world to make it a better place. We all do. It doesn’t matter whether you’re offering money, talent or time. What’s imperative is that you give all of yourself to a greater cause. We all need each other. Not just domestically, but globally as well. It’s a big world out there, and in order to live life to its fullest, you must give back. 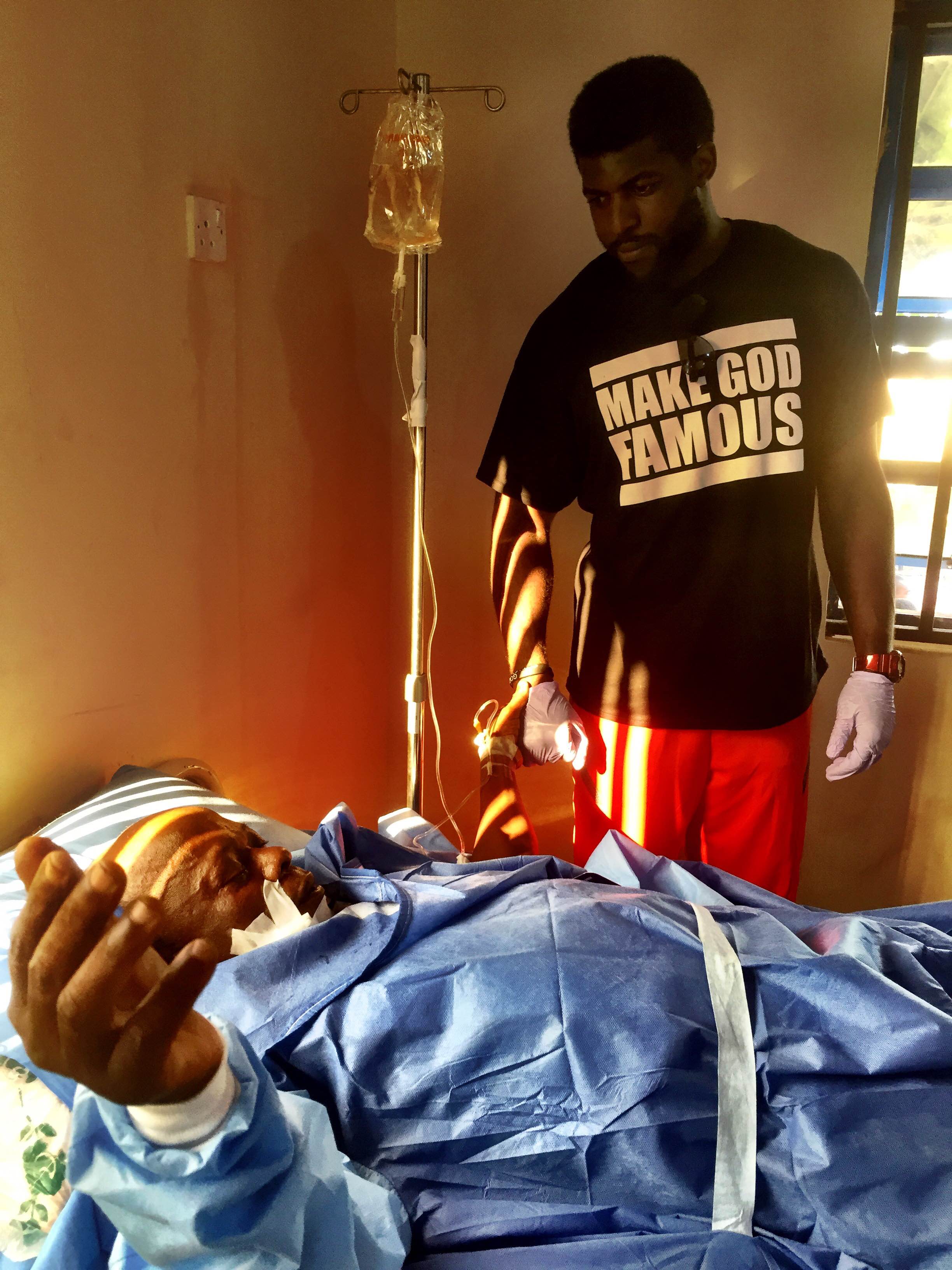 I’m a Christian man and was raised in the church. In fact, the church is the only reason I’m fortunate enough be an American. In the 1970s, missionaries who heard my father preach in Nigeria brought him back to the U.S., where he started a new life and continued to spread the word of God. The only thing separating the people I treated in Nigeria from myself (and anyone, really) is circumstance.

During my two weeks in Nigeria, I often found myself depressed and dejected over the conditions in which I saw people living. I realized that in a world filled with so much injustice, we can either passively give in, or take a stand and try to fix things. I choose the latter. Even though change can’t happen all at once, it can occur one person at a time. I saw this firsthand in Nigeria. And this is the most important thing I’d like to share with my fellow Americans. It’s nothing short of a blessing that we are privileged enough to be put in a position to make a difference in the lives of others.

Even though I’m proud of the work we did in Nigeria this summer, I know we left way too many patients unattended to. Our short stay there was not enough to treat all of the country’s ill and afflicted. Living Hope Christian Ministries has set out to build a real clinic in the Isuikwuato, Nigeria that would cost roughly $2 million — and we’re almost there. But unfortunately, when funds stop coming in, the building stops going up. We need a real clinic, we need a real staff and we need your help. In my profession, my goal is to hoist the Lombardi trophy, but in my everyday life, my goal is to save lives. To help us accomplish our goals, visit LivingHopeMinistries.us.