It took me a while to figure that out, because I didn’t even step into a boxing gym until I was 19. But construction? Construction I knew from an early age. When I was nine years old, my father had me out on the job with him in Los Angeles. And in the summertime as a teenager, I’d be running the crew and guiding the workers.

I remember pouring concrete at 5:30 in the morning when the sun was barely up. The smell of a saw cutting a piece of wood. The men working together to build a foundation.

What would excite me the most was that first day of a new job. When I’d hop in my truck and head over to a site and find nothing there but a stack of lumber. But you knew that six weeks later there’d be a house there. The building of something has always been very important to me — whether it’s a fighter or a house. 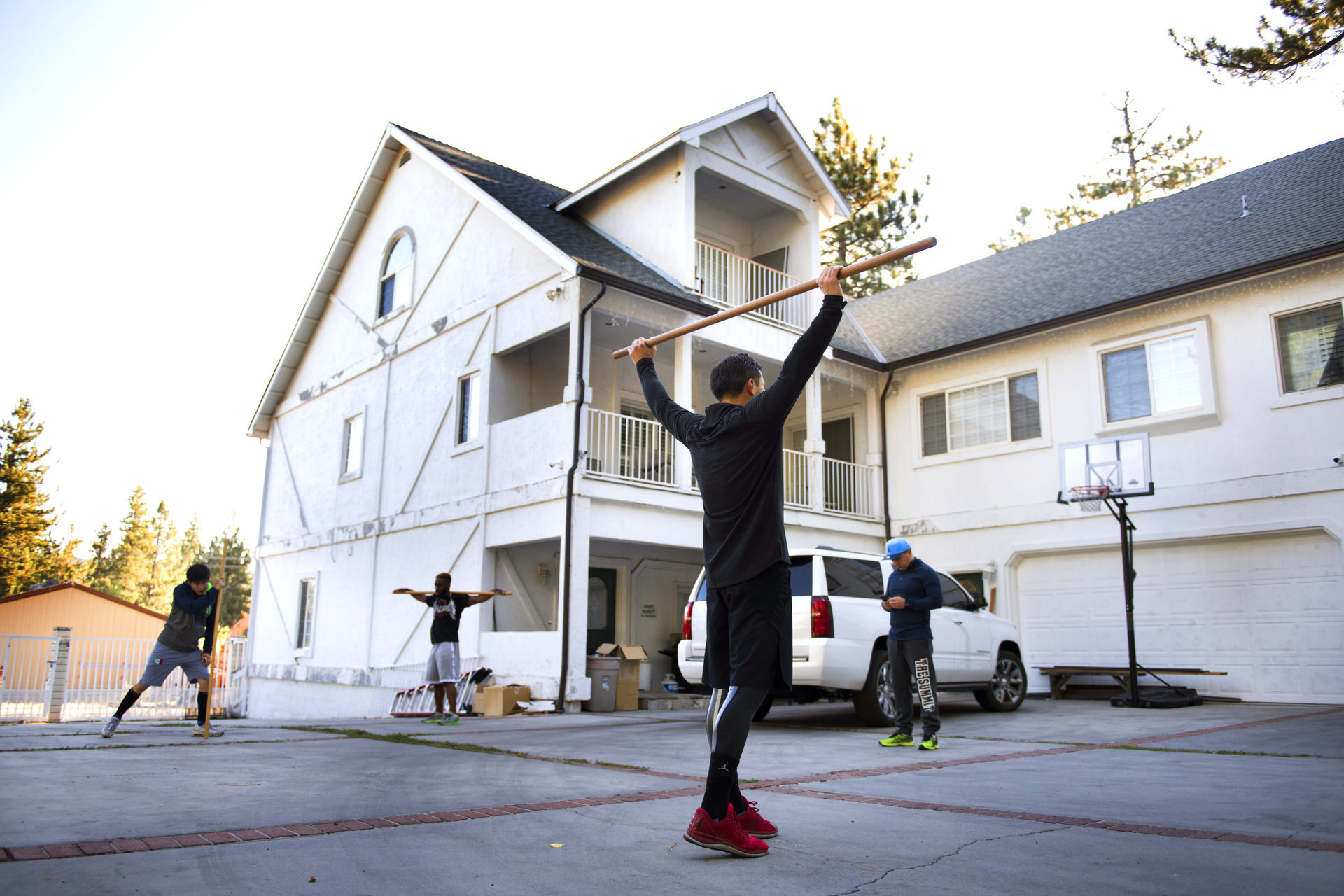 My way into boxing wasn’t like a lot of other guys who grow up with the sport. I didn’t watch fights with my dad. The closest my father ever got to boxing was the monthly informal fights he’d organize between the boys in town. For my father, learning how to defend yourself was important. The fights weren’t about hurting each other, they were about learning how to take a punch — and how to throw one, too.

I finally walked into a boxing gym because I wanted something physical to exert my energy as a young guy. I wasn’t a very good fighter, but like with my construction crews and contractors who I taught the trade from scratch — I was a good teacher. 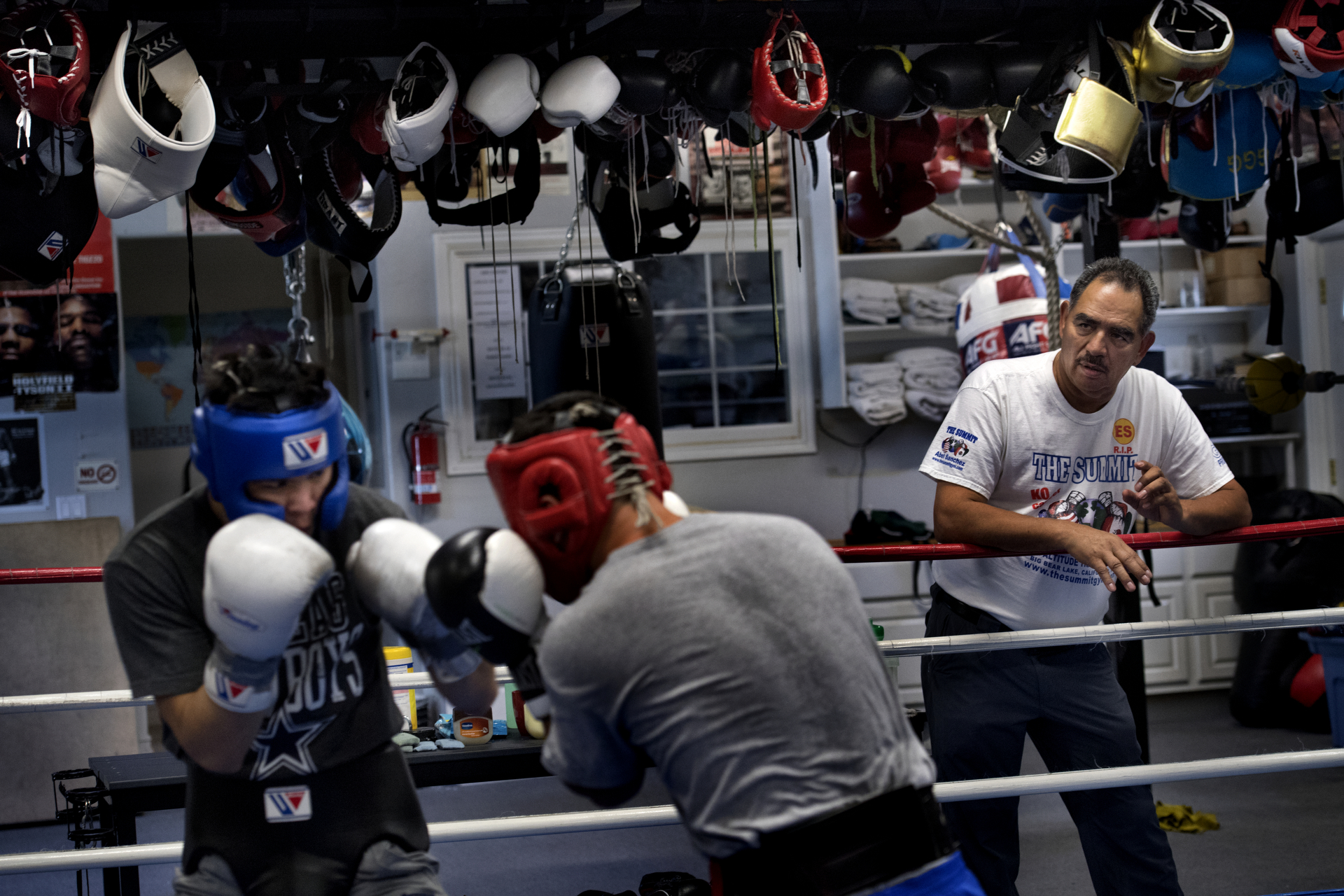 So I started training boxers, and I did pretty well. Plenty of them went undefeated while I trained them and some became world champions. Success came really fast in those years in the late 1980s. My construction business was taking off as well and by the 90s, I started buying property in Big Bear Lake, Calif, which is up in the San Bernardino Mountains.

There’s no reason why you can’t train, unless you’re sick.

And just like when I was working construction with my dad, when I pulled up to this lot I saw what it could be. I had a vision. I’d build a house for my kids to use as a resort home, and if fighters were in town, we’d have a gym facility for them to use as well whenever they were in town.

See, Big Bear and boxing have a long history. Fighters have been coming up here for years. It started in the early 1990s with trainer Larry Goossen, who had a gym up here in an airplane hangar. You’d see guys like Mike Tyson, Lennox Lewis, Oscar De La Hoya, you name ‘em. They came not only for the high altitude, which is nearly 7,000 feet, but also because the town is remote. The long, winding roads up the mountain mean that once you get to Big Bear, you stay — and you train.

I can’t listen to music. I like quiet. I like listening to the street. Listening Big Bear style to the trees, the people.

I couldn’t do both though — building houses and training fighters. Years of driving up and down the mountains, working on construction projects and training fighters was taking a toll and it all finally culminated. Right after we finished the concrete stage of this house about 15 years ago, I had a heart attack. So I threw in the towel on boxing and just worked on properties in Big Bear.

And I had to finish this house.

We did complete it in 2001. But for five years, it sat mostly empty. Electric. Water. Gas. Cable. I was paying for all of that even though jobs and family obligations were keeping ups from using the house at all. 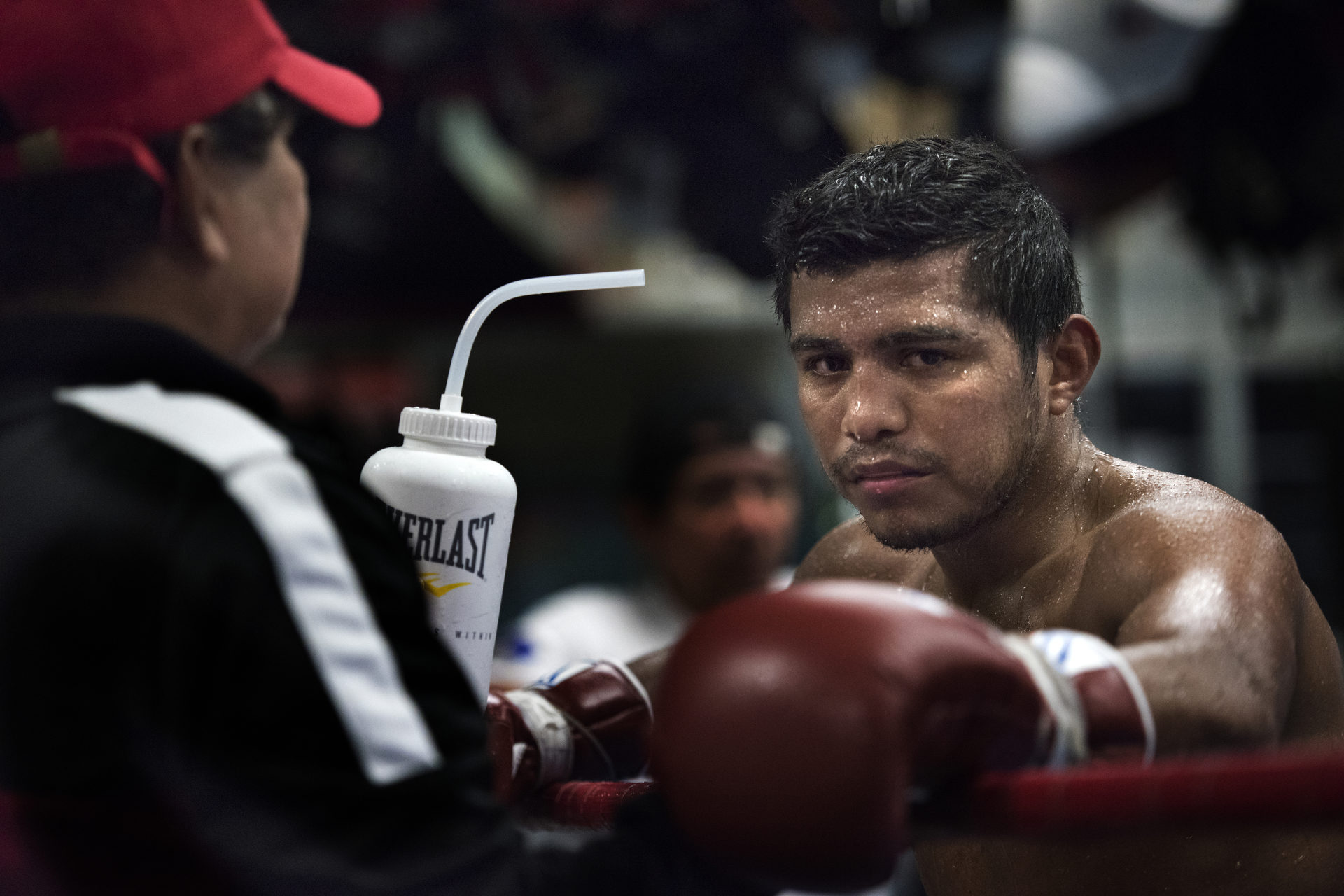 But before we got rid of the place, I knew I still wanted to finish the vision. I still wanted to complete the gym in the basement, which had become more of a storage place than anything else. My son and I started taking things out, bought a custom ring and started doing all the little things to make it a proper gym. It was just a ring and a heavy bag. I went to local welder to get racks made for weights and equipment.

Soon enough, a boxer from Mexico asked if he could come up and use the space. I told him sure and we put selling the house on hold. Then, Oscar De La Hoya’s people got wind of the space. He had trained up in Big Bear early in his career, and wanted someplace to train for his comeback fight against Manny Pacquiao in 2007.

And once Oscar used it — Bam! — everything happened so quickly. My phone was ringing off the hook with guys wanting to come here and train. The only problem was, I still wasn’t training fighters.

But people kept calling. So I decided to help a couple of young fighters and, little by little, I was back in the business. And the gym and the house became known as “The Summit.” It’s a boxer’s retreat, where they live and train, all in the one place. 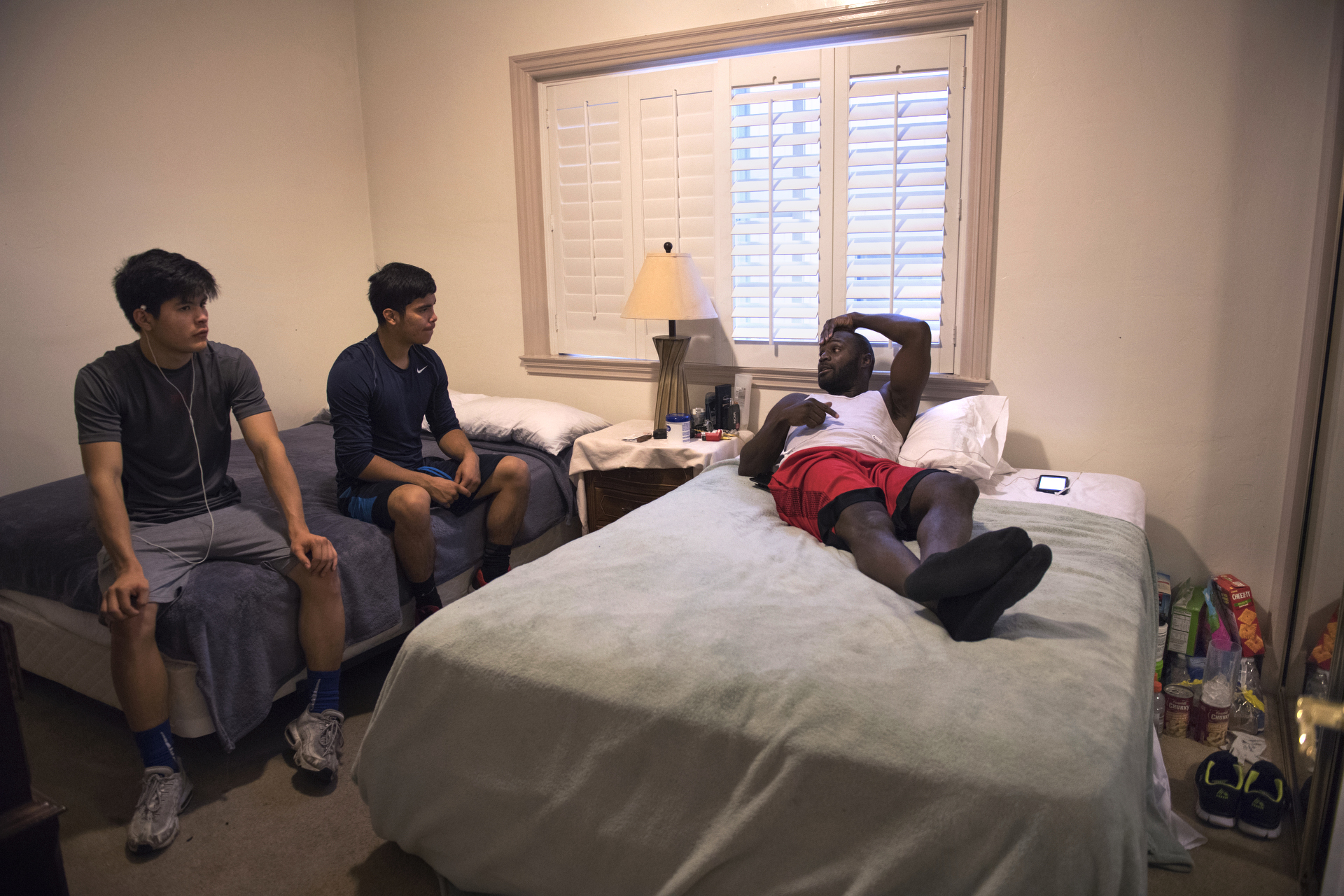 And about six years ago, I got a call from a German manager to talk about this kid from Kazakhstan — Gennady Golovkin.

Honestly, he could’ve been a man from the moon. I had no idea who he was. But Gennady’s manager said they were coming to California and wanted to meet with me at our house in Big Bear.

When I first saw Gennady, he looked like a choir boy. We sat down and watched some DVDs of his previous fights that he had brought with him. And even with his limited English, and my limited — really, zero — Russian, we somehow hit it off.

Four months later, he came to stay and train in Big Bear.

Big Bear for me — best place for boxing. Just boxing. Because I’m focused. I have focus 100 percent for boxing.

Gennady Golovkin explains the advantages of training at Big Bear. (1:15)

“Coaaaaaach!” he said to me at the airport, bag in hand. We hopped in my truck and I played him some Hank Williams on our drive from LAX up into the mountains. Lullabies, that’s what the guys call my music.

I’ll never forget the first time I caught Gennady on the mitts. You can’t really tell the power of a guy from watching tape, and tape was all I had. So when he threw that first punch, I just thought, Woahhhhhhhh. It was raw. I could feel it all the way down to my toes.

I knew it right then — we could build something together.

And about a month after I started working with him, I wrote numbers one through 12 on this whiteboard that hangs right beside the ring. At the top, I put Muhammad Ali. I skipped number two. Then I put Mike Tyson, Floyd Mayweather, Sugar Ray Robinson and so on.

And then I turned to Gennady.

“I promise you, that if you give me three years — without any interruption — I promise you you’re going to be right here.”

I pointed to the blank space on the board. 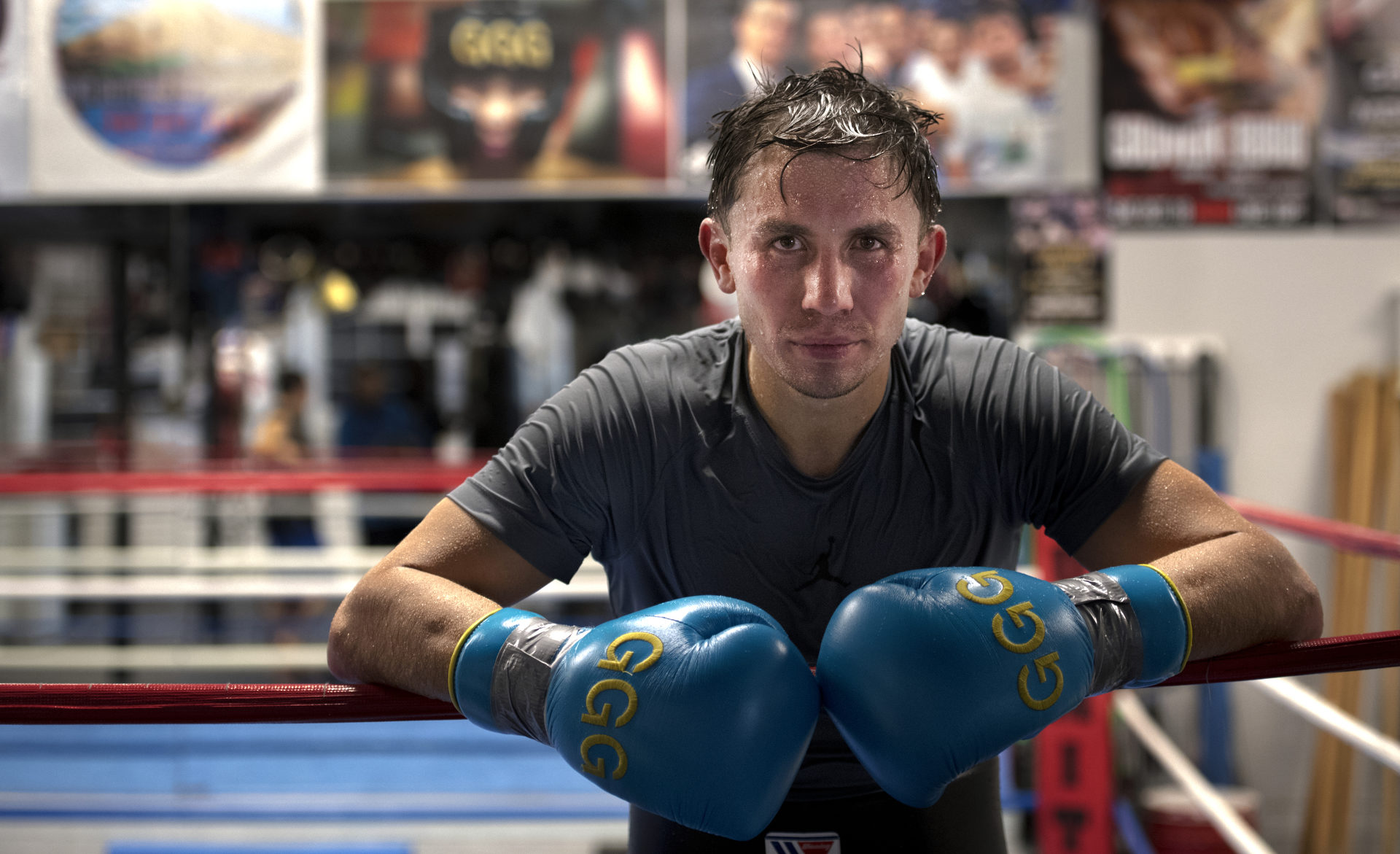 Five years later, he’s 35–0. And it started at this house, our house, The Summit.

We have about 10 to 12 boxers living and training up here at a time. And there are some house rules: no women, no pets, no children. Those are just distractions when you’re up here training. I take the guys grocery shopping. They do all their own cooking and cleaning. And every day, we train. We’re up for daily runs at 7 a.m. 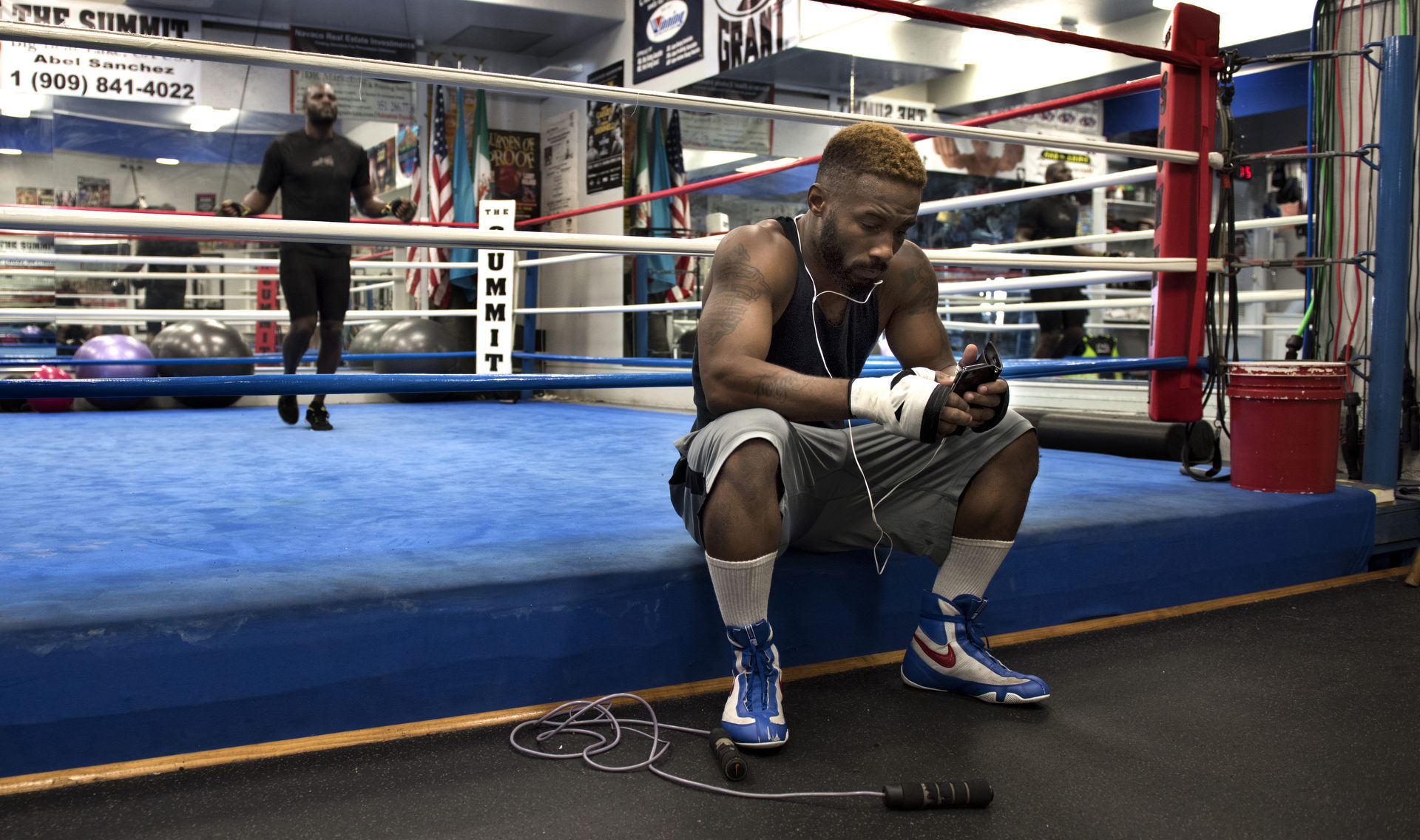 Honestly, it’s one of the hardest things I’ve done in my life and I’m a 43-fight veteran.

Dashon Johnson endures the challenges of training at Big Bear. (0:56)

The fighters who come here are not run-of-the-mill. They’re on a higher level and come here to concentrate on their craft without distractions. I always knew that with this house, if I had a guy who was a big name, I was going to charge him. That way I would be able to train all the young guys who couldn’t afford to pay. So we bring younger fighters up here, and they’re right in the ring watching Gennady work, and they’re training right alongside him.

We’re two hours from L.A. Two hours from LAX. So once you’re up here, you’re here. Not a lot of fighters can handle the altitude. But that’s why we’re The Summit. To me, it’s the ultimate. It’s the best. 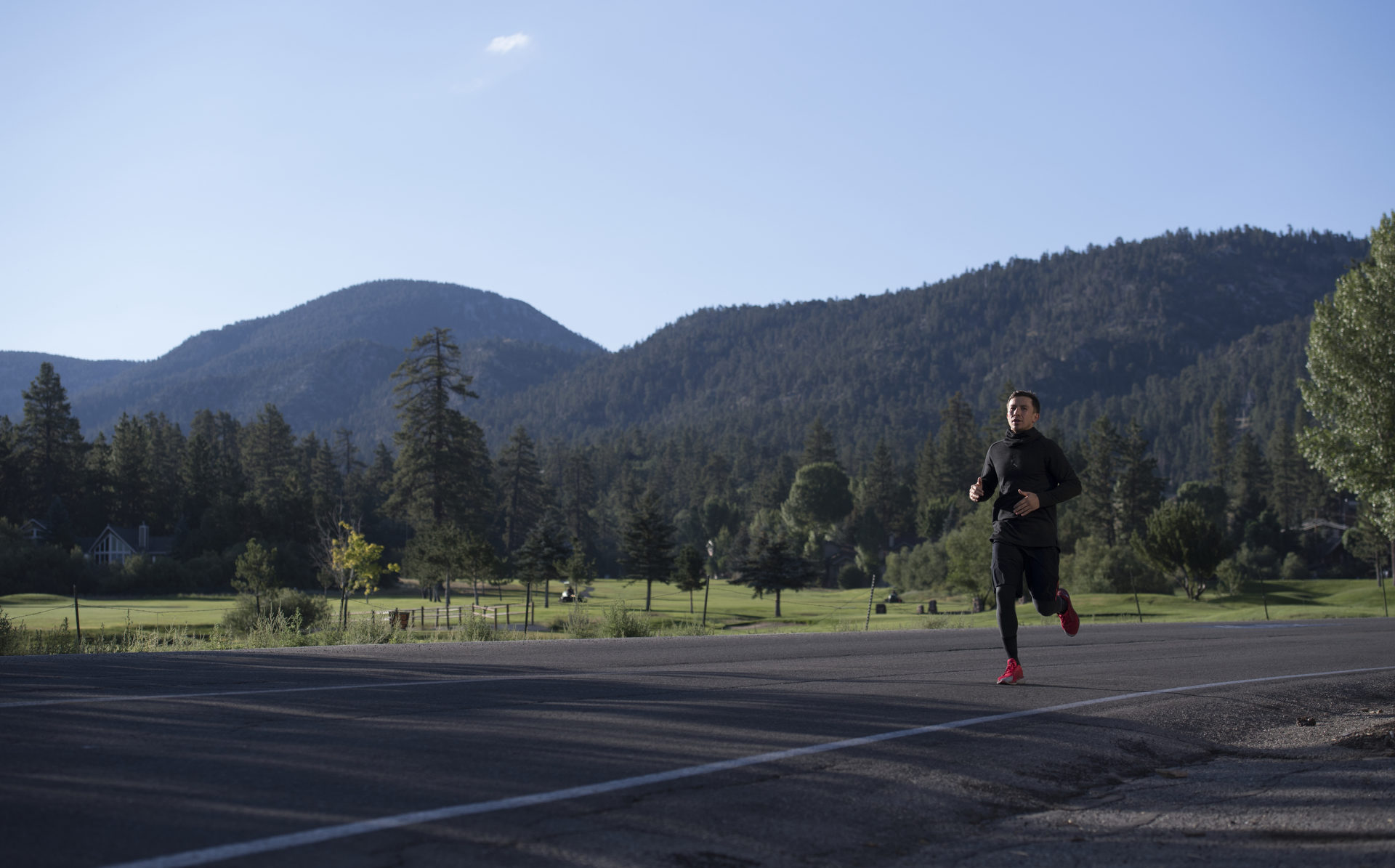