You won’t ever meet a bigger hockey fan than my dad.

On the surface, it didn’t make any sense. He was a black guy from Barbados, which isn’t exactly considered a hockey hotbed. Never so much as laced up a pair of skates in his life. But after immigrating to Scarborough, a neighborhood in Toronto, he eventually started paying attention to the sport. He was a die-hard Blackhawks fan, mostly because he loved Stan Mikita. When I was little we would always go see the Blackhawks whenever they were in town to play the Leafs. Maple Leaf Gardens was our Disney World. My older brothers picked up the sport after Kevin Weekes, another kid in the neighborhood with Barbadian roots (and who went on to have a long career in the NHL), started playing. I always looked up to my brothers and Kevin, so it only made sense that I would play hockey as well. My brothers would give me their old skates and shoulder pads, but my passion for the game? That came entirely from Dad.

It’s funny — he knew how good I was well before I ever did. When I was just a little kid, we’d be at the rink and he would tell all his friends that I was going to make it to the NHL one day. He was completely serious. I’d be standing there listening, and it made me feel great. He saw my potential really early on and that meant a lot. He also did a lot of small things to make me push myself to reach that potential. He used to have to bribe me with McDonald’s or the wings at Chesswood Arena (which, for the record, has the best wings in the world) to get me to go to hockey camp on Saturday nights.

Whenever I ever needed a new piece of equipment, he’d buy it right away. That stuff’s expensive, and we weren’t a well-off family by any means. My dad was an auto mechanic and my mom was a nurse, and both of them worked all the time. But one of the reasons they worked so hard was so that my brothers and I could play hockey. Both of my parents would come to just about all of my games, and they’d always sit in the same spot. If I ever heard some loud laughing coming from the stands while I was on the ice, I knew it was probably them. We might have been one of the only black families you’d see at the rink, but we were accepted there. It became a big part our identity. That’s where we had some of our best times.

When I was 14, I was on the bench during a game and noticed a commotion near where my parents usually sat. I wasn’t sure what was going on and was kind of peering over, but then my line was called so I hopped over the boards and kept playing. It wasn’t until after the game that one of the parents told me that my dad had had a stroke. My mom had been talking to him, when she looked over and he suddenly collapsed. They discovered a blood clot in his brain, and a couple of days later, he was gone.

When I look back to that moment — when everything changed — and fast forward to where I am today, it’s very apparent that I needed a lot of help just to make it to this point.

After my father died my life could have gone in a very different direction, but hockey saved me. And it was my dad who had pushed me to love the sport. I don’t think I fully appreciated the tremendous gift he’d given me until he was gone. Hockey was how I coped with his passing. Even on the day of his funeral, after the ceremony, I went right to the rink.

That was a rough time around our house. My mom had to work double shifts at the hospital for us to stay afloat. It was amazing what she did for us, how she worked so hard to make it possible for me to keep playing hockey. When she wasn’t around to take me to the rink, I relied on the help of others. Honestly, I didn’t like asking anybody for anything. That was really hard for me. But a bunch of different people started doing small things to make a difficult time in my life a little easier. If I needed a ride, one of my teammates’ parents was always willing. If I was hungry, we’d all hit a drive-thru. Those little things meant a lot.

My mother couldn’t afford new sticks for me, so I used really cheap wooden ones. I remember we were playing in a Boxing Day tournament and my teammates and I were killing time looking at equipment at Just Hockey. I was eying this awesome aluminum stick, seeing how it felt in my hands. I was there with my teammate Brian Friedman. His dad saw me holding the stick and then took two of them to the register and bought them for me. They cost about $200 each, an amount of money that was mind blowing to me at that age. That was a gesture I’ll never forget.

As I got older and started getting more serious about hockey, I leaned on my brothers for guidance. In particular, my older brother Julian was someone I could trust. I didn’t realize how much losing my dad affected my ability to put my faith in others, so I’m really thankful to have had someone like Julian around who could guide me. My path to the NHL had a bunch of stops and starts, and usually when there was a stop, he was the person who would know where to start again.

In 1999, my family drove to Boston to attend the NHL draft. We ended up leaving without having heard my name called. I remember not being too down about it. It wasn’t the end, just a bump in the road. I think part of that mentality came from Julian. He was big on encouraging me to take one step at a time — so when I didn’t get drafted, I went to the University of Prince Edward Island. That was a great decision for me. I matured a lot as a person, and by the time I came out, I had a degree in sociology and felt much better prepared to be a professional. After I graduated I ended up trying out for, and getting cut by, a few NHL teams. But each time I got cut, I took it almost as encouragement, like I was getting closer. My biggest break was signing with the Houston Aeros, the AHL affiliate of the Minnesota Wild, in 2005. My time playing in the CIS with PEI led to a tryout with the Florida Everblades, which caught the attention of Houston. Step by step, you know.

It was in Houston that I met Kevin Constantine, the coach who taught me how to think about the game of hockey at a high level. Kevin saw something in me, and he would sit with me for hours watching film and pointing out small details I’d never noticed before. He’d show me these tiny movements guys were making in order to get an edge. I had physical tools, but Kevin pointed out the holes in my game that I’d never noticed. With his guidance, I think I finally had the awareness and the mentality to play in the NHL. And that’s exactly what happened. After leaving the Aeros, I made the Nashville Predators’ roster out of training camp, and from there, I stuck around. It turned out my dad was right. I was cut out for the NHL. 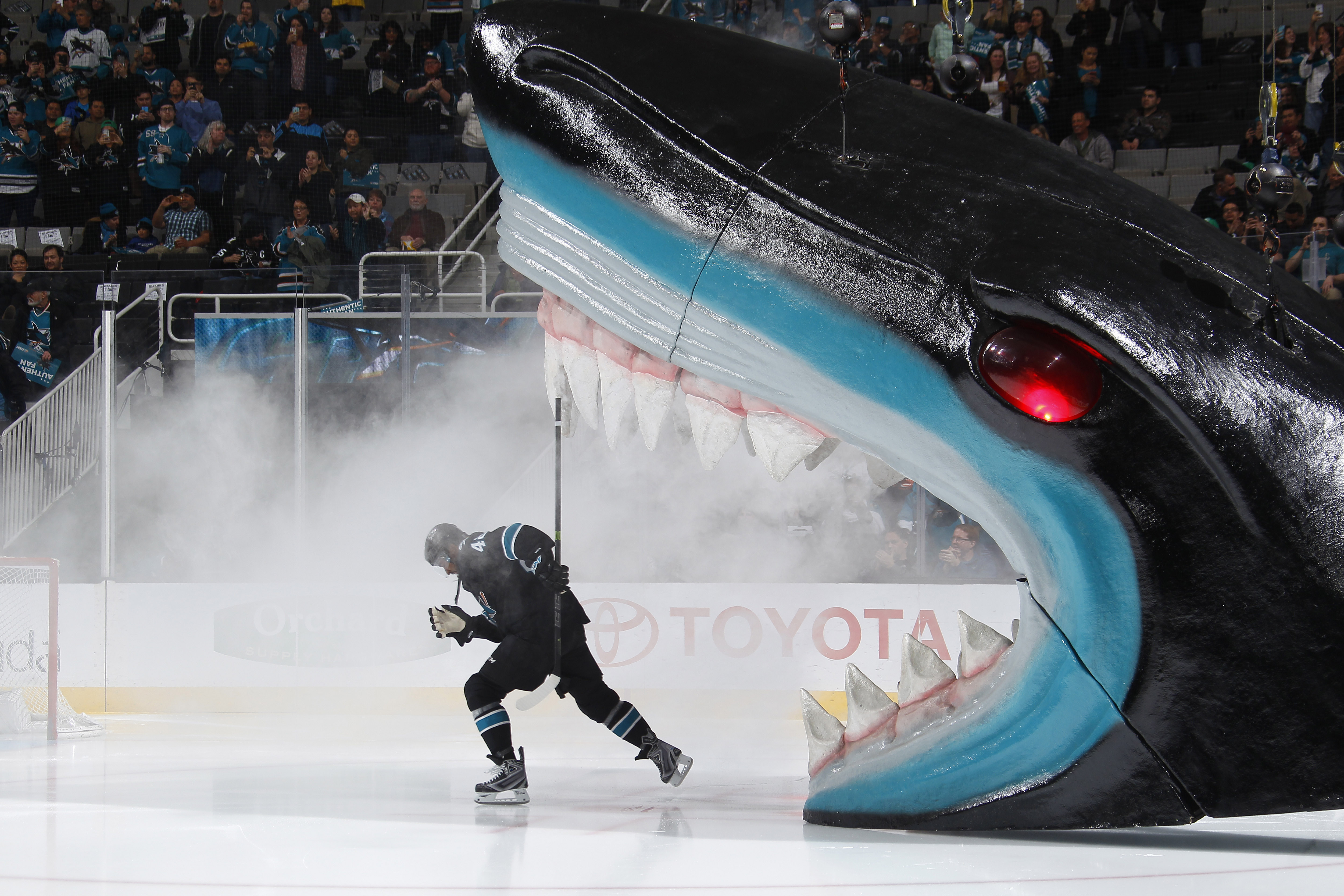 I still think about my dad all the time. When we’re playing in Chicago, I can feel his presence in the stands. I never stop missing him. It hits me hardest whenever the teams I’m on schedule fathers trips, where all the dads of the players get to travel with us. That’s when I start thinking about the times I haven’t had with my dad. How we never got to share our first beer. Things like that. And I think all the time about how much fun he would have seeing me play in packed arenas. I took the pain I felt and decided to refocus it to help out others who have gone through something similar to me.

When I was in Nashville, I joined the Big Brothers Big Sisters of America program as a way to give back. That’s where I met my man Malik Johnson. He was only 12 when we were paired up. Malik comes from a really rough neighborhood. Just like me, he lost his father at a young age and it affected his outlook on life. He didn’t think he would live to see 18. It only took a couple of weeks hanging out with him for us to become pretty inseparable. I understood how important it was for somebody that age to have someone he could trust, and I started supporting Malik in ways that others had supported me. We started spending a lot of time together, and eventually the entire Nashville organization took him under its wing. Even after I changed teams, we stayed in close touch and I kept tabs on how he was progressing. Just last month, Malik became the first person in his family to graduate from high school. I couldn’t be more proud of him if he was my own son.

Tragedy can strike in the blink of an eye, but the work needed to recover takes a long time. For me, it took a lot of work and a lot love from a lot of people. To be able to provide that kind of support for others is something I cherish.

Now, coming off one of the best seasons of my career, I can’t help but look back and be appreciative of everyone who helped guide me to this point. Whenever I take the ice, I’m playing for a lot of people. Not just the awesome fans in San Jose, but also my family, my friends and all the other people in my life who kept me on the right path.

And I’m also playing for Dad, because I know he’d be watching me with a big smile on his face.

You know, when I was a little kid stubbornly trying to get out of going to hockey camp, I don’t think I ever imagined that I’d one day get the opportunity to compete in the NHL and play in a Stanley Cup Final.

But I think he did.

In February of 2014, President Obama launched My Brother’s Keeper and issued a call to action for individuals, nonprofits, businesses and government to do their part to provide young people with resources and opportunities that will help them reach their full potential. To learn more about the My Brother’s Keeper initiative, check out www.whitehouse.gov/my-brothers-keeper.