How We Play Hockey In Norway

I used to have a teammate who I played with for two years. He was heading to Switzerland for vacation, and he came up to me a few days before he was leaving.

“Buddy, I’m from Norway.” I replied, and rolled my eyes.

People don’t know much about where I’m from. It’s a beautiful country. Mountains and forests everywhere — a fantastic place to get lost. We’re a happy nation, and our quality of life is the most important thing us.

People there don’t care how much money you make, or what your profession is. What’s important to them is the time when you’re not at work, when you’re with your family and your friends — and about the beauty that surrounds us. I sometimes wish America had an attitude similar to this.

In Norway, hockey isn’t a big deal. It’s not like cross-country skiing or soccer. There aren’t many skating rinks in Norway, and when I was a kid it was hard to get ice time. My youth team practiced maybe two times a week. I’d play on the pond with my friends more often than at a rink. Some winters our pond hockey scores mattered more than the ones in our local leagues. But that all changed for me one day in the back of a tiny video store in rural Sweden — the day I found it.

To kids growing up in North America, finding it wouldn’t be such a big deal. But to me, it was like striking gold.

In a crisp, beautiful, new VHS sleeve was the Colorado Avalanche 2001 Stanley Cup championship video — 45 glorious minutes of uninterrupted hockey perfection. I begged my mom, “Please, please, please! Can we get it?”

I can still hear Gary Thorne’s call: “Ten seconds left to go — the countdown! Cleared up, out of the zone! The Colorado Avalanche have won the Stanley Cup!”

I was 13 when the Avs won the Cup, and I’ll never forget it.

Where I lived in Løren, Norway, we didn’t get many NHL games on television. I had only a vague idea of how great the hockey was. I didn’t have much of an idea of what the league was or how fantastic the hockey could be. On Sundays, we’d watch a Swedish channel on our cable box that would show 30 minutes of NHL highlights. All week long, I waited for that half an hour. That show was my window into the world of North American hockey. In those days, the Avalanche were incredible. I fell in love with the wristshot of Peter Forsberg, the skating of Joe Sakic. I knew I needed to see more. Unfortunately, all I had was my VHS tape. So I just kept rewinding it and rewinding it. 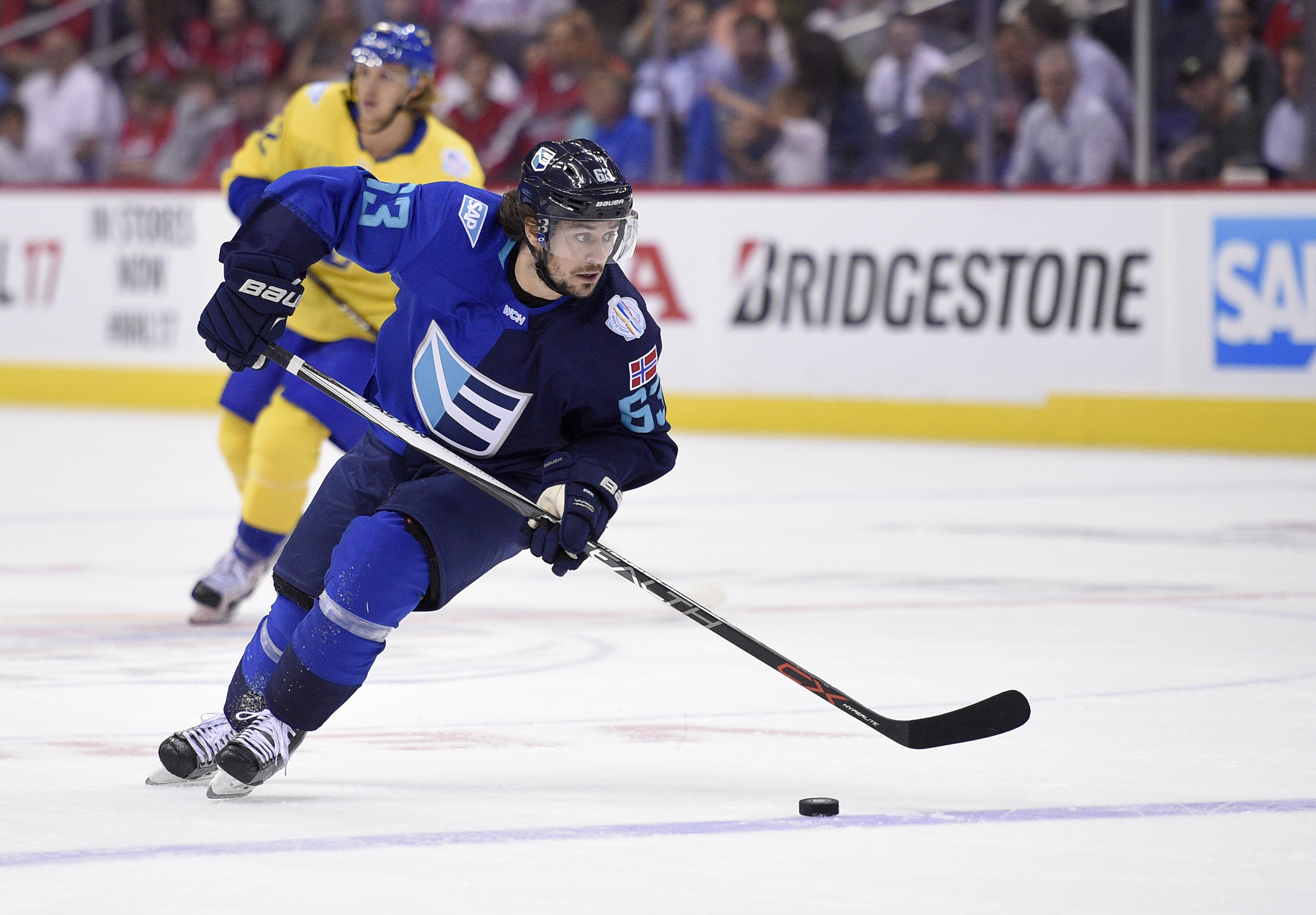 Hockey was a wintertime thing in Norway. As soon as the weather got warm, we would forget about it completely. Our days were filled with games of soccer, floorball and handball. I think those other sports helped me become the athlete I am today. The kick-pass is an underrated skill; a lot of battles along the boards are won with crafty feet — don’t forget that.

My mom enrolled me in skating lessons because I had “too much energy, and wouldn’t sit still,” as she put it. It’s not easy being a hockey parent anywhere, but Norway had some extreme circumstances. Three hour drives to the rink in snowstorms (real, Norwegian snowstorms, not light dustings like we get in America), endless trips to Sweden, constantly shipping in new equipment because Norway’s hockey stores were … well, barely hockey stores.

When I was 14, our team was really good for our age group, so we would travel to Sweden for tournaments. But it’s around that age that Swedish youth teams really kick their training up a notch. They were practicing more often and at a higher level, and it showed. We got smoked. A lot.

We stopped going to Sweden after while.

But I knew I’d be back. If I wanted to be like Forsberg, I had to go back.

I returned seven years later as a professional — my first taste of elite level hockey. I signed with Modo, a team based in the town of Örnsköldsvik, and for me, that was my goal. As cool as the NHL was, and as much as I loved the game, it never seemed realistic to me. It was a world away. Just names on jerseys that I watched on TV – it wasn’t real. That all changed when I got to Modo. When I arrived, Forsberg was on the team, and so was Markus Naslund. Me, Forsberg and Naslund, playing on the same ice where the Sedin’s used to practice their “Sedinery.” As a Scandinavian hockey fan, it didn’t get any better than that. 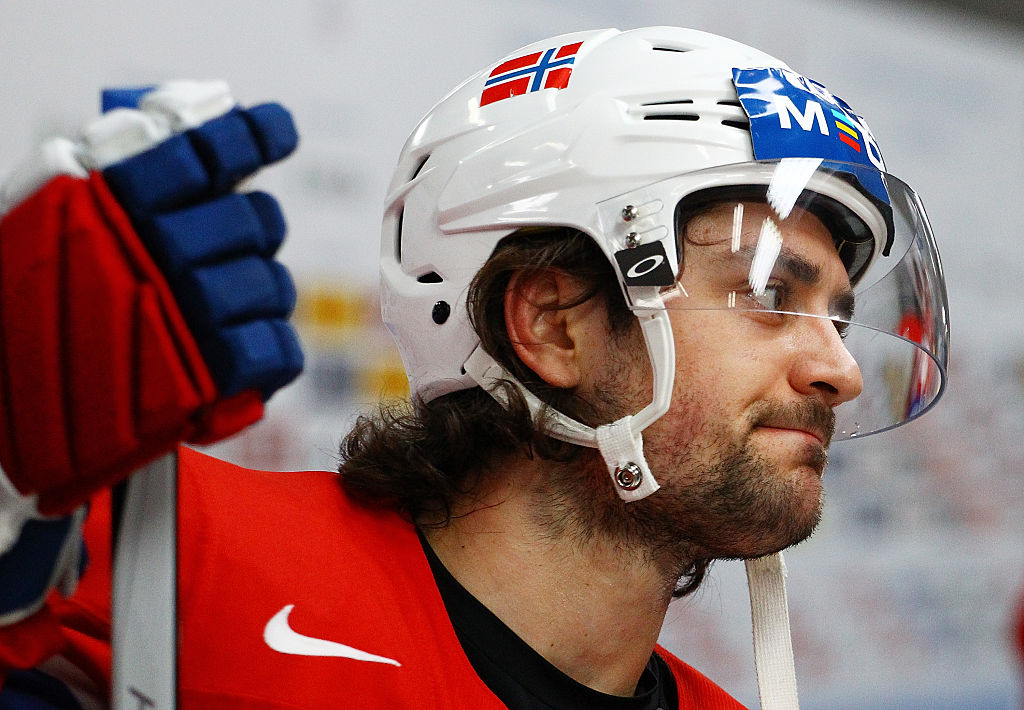 Me, Forsberg and Naslund, playing on the same ice where the Sedin’s used to practice their Sedinery.

Even though it was incredibly exciting, Norwegians have this thing about being humble. If you’re good at something, you’re not really allowed to be good at it — if that makes sense. It’s about being humble in all scenarios. We’re gracious and thankful, and we don’t have the same mentality as kids who have been in intense competition since they were 10 years old. So when I came to Sweden, I was very shy and reserved. I didn’t want to make any mistakes — I was scared.

Even though I was three hours from home, my mother and father were still my biggest supporters. They really helped me settle in, and although they didn’t know much about hockey at the time, they were always behind me.

That kind of support did more for me than I knew. It helped me win the Guldhjälmen (don’t even try pronouncing it) award in 2010 as the Swedish league MVP. To see the names of previous winners beside mine was special. 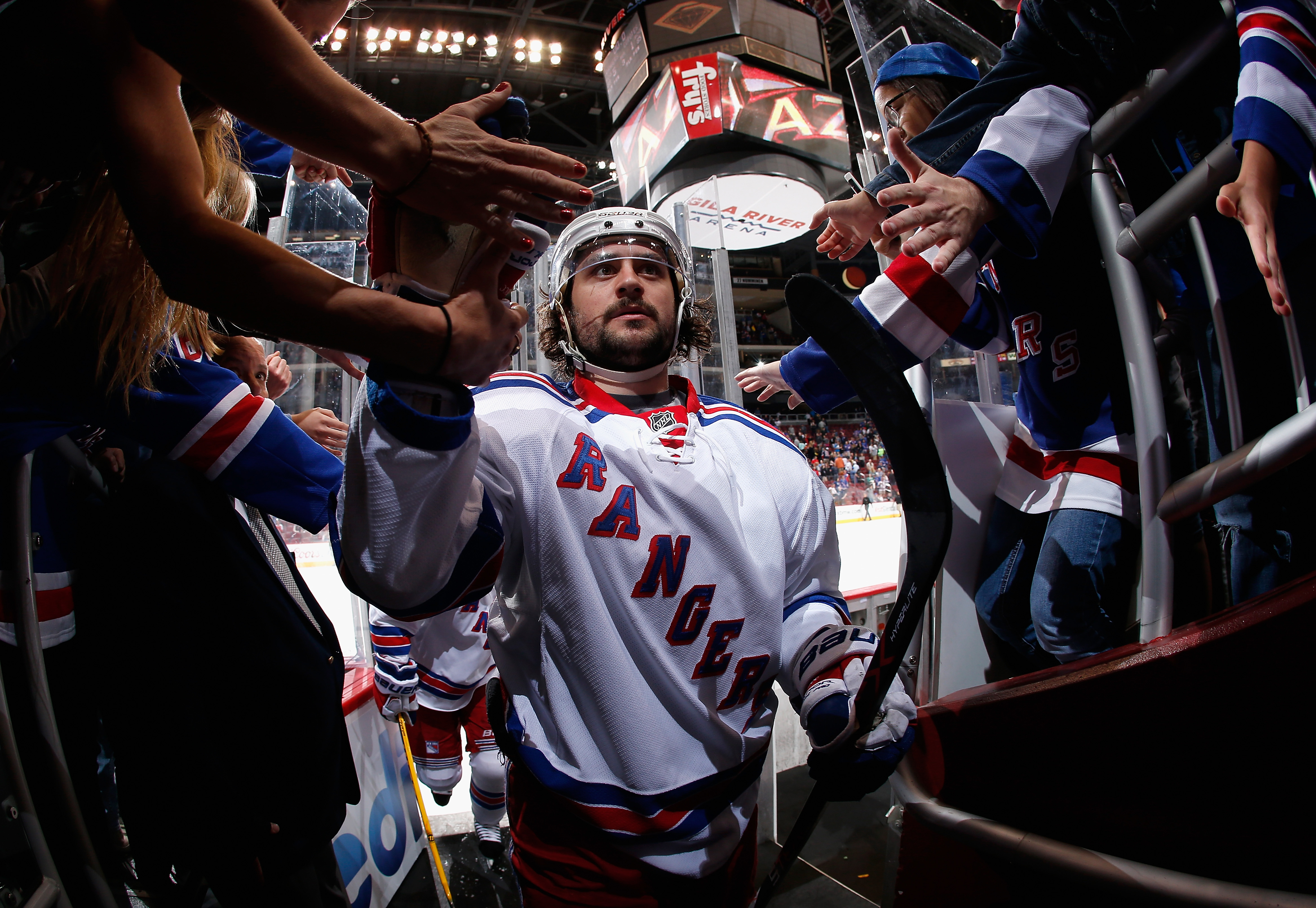 That same feeling I had with Modo – about not wanting to make any mistakes – followed me to my first NHL training camp when I signed with the New York Rangers in May 2010. I was overwhelmed. It was such a professional atmosphere, everyone is used to a high level of competition. My first camp with the Rangers I thought, I’m not good enough. What am I doing here? I’d see Marian Gaborik skating circles around All-Star defensemen and think, Look at that guy. I’m not even close to that.

I sort of blacked out during that week, I don’t remember much. Maybe because it was so new and foreign to me. I had been comfortable with my life before. I loved being close to friends and family, so when I came here and felt alone, it hurt my game on the ice. I’d tell myself, Might as well just go home.

But my mom wasn’t having it.

She pushed me right back into the fire. She called and reminded me of the nights I had spent away from home at tournaments as a boy, the long trips I had made to games when I didn’t feel like going. She reminded me how I had felt when I saw Forsberg and Naslund, and how I had earned their respect. She told me to look at who I was, and where it had taken me.

So I woke up the next day and went to camp with a new attitude.

I told myself, Screw it, I’m just going to be me. I’m going to play my game.

I made the team, and settled into my first season without many expectations. I didn’t think I’d last long with the Rangers after bouncing up and down between the AHL and NHL. The lockout in 2012 only complicated things, but it let me return to Europe. I played for Paul Maurice in Russia, and he worked with me on how to play my game and how to key in on my strengths.

When I returned to New York, I found my identity on the ice. I was able to shake free of some of my humble Norwegian beliefs. It’s a different game over here. You have to play with a cockiness and swagger, and you have to be adaptable.

Norway and New York. It’s hard to think of two more different societies, but I’m lucky. I remember being a kid wandering around Løren with a Forsberg jersey on, and now I see kids wearing Rangers jerseys in my hometown. To have that sort of impact, that’s my favorite part of being a hockey player.

It’s a different game over here. You have to play with a cockiness and swagger, and you have to be adaptable.

People always ask me to describe Norway to them.

You might not be able to find us on a map. You’ve probably confused us with Sweden once or twice before. And no, that’s probably Iceland’s flag and not ours that you’re picturing right now.

So if you’re ever stumbling around Scandinavia and make your way to Norway, come visit.

We’ll pretend that you’ve known about us all along.