Some of the most grueling and exhausting days of my childhood were spent with my father and two older brothers in the parking lot of the track at Oxford High in Oxford, Mich.

For a lot of the kids who showed promise on the ice, it was normal to have a personal trainer. But money was hard to come by in our family, so even though I had some ability there was no way we could afford one.

For my brothers and me, the next best thing was our dad’s Chevy pickup. In the summer, after running three to four miles around the track, we’d go out to the parking lot, shirtless and sweaty, ready to get in some Gerbe-style weightlifting.

We’d get behind the truck, take a good grip on the bumper and, pushing from our toes, start to roll the car forward. We knew that we could push it pretty far if we got enough momentum. And after pushing it 15 or 20 feet, we’d let go and collapse, barely able to breathe. It was brutal.

But the parking lot wasn’t the only place I was doing extra work. On the drive home from my peewee games, my dad would stop the truck, let me out and follow me while I ran. For three miles, all I could hear was the pat, pat, pat of my footsteps and the occasional whoosh of a car going the other direction.

In no way was I doing all of these exercises on my own. In fact, if I’d had it my way, I would’ve never pushed a truck or taken those runs. But my parents knew that putting in that kind of effort would help me understand how much work it was going to take to achieve my goals — and my goal from a very young age was to make it to the NHL. Honestly, I thrived on the way they were constantly pushing and challenging me. I’m so grateful for their help. 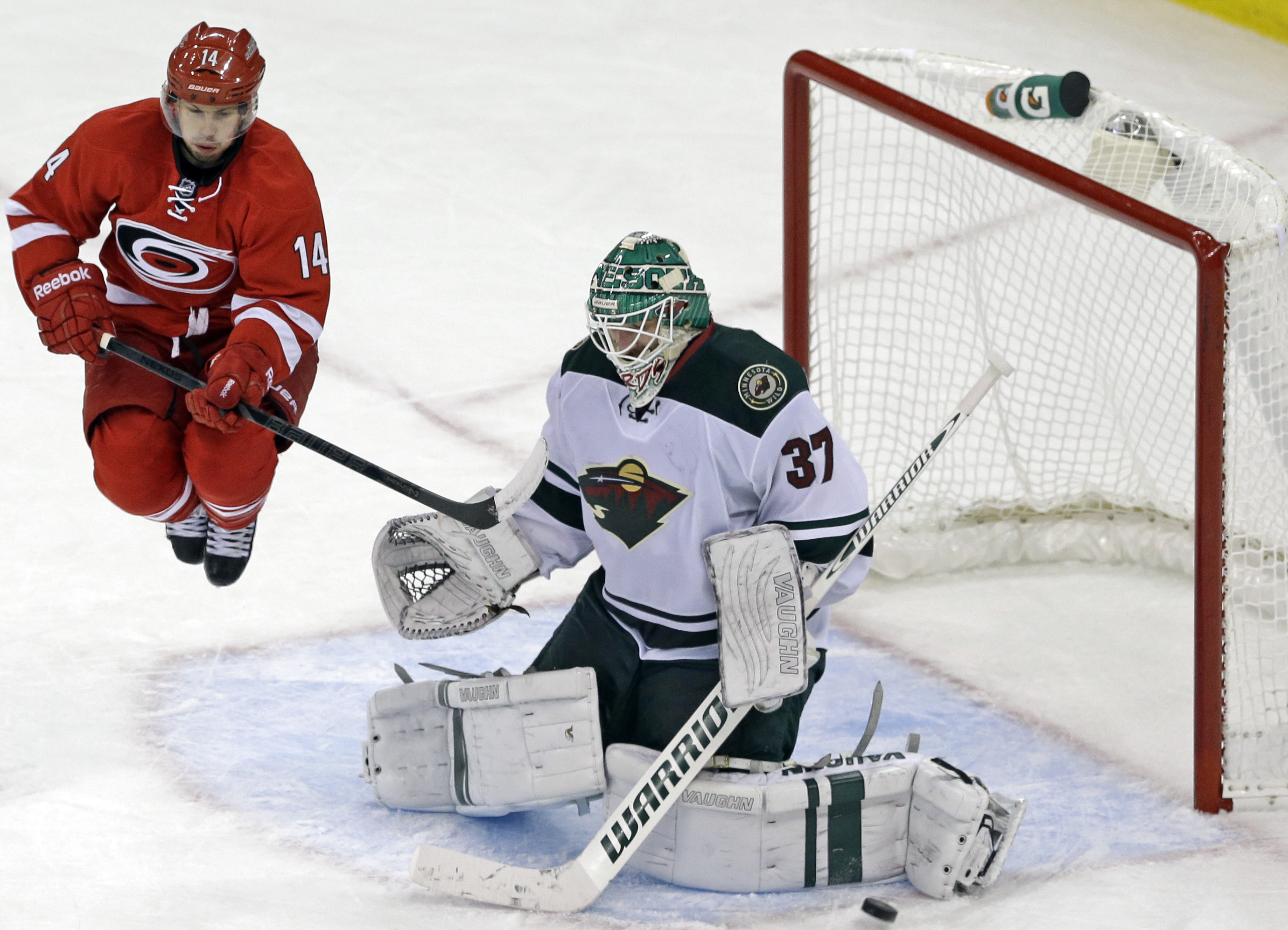 But let me be clear: Even if I had wanted to be a doctor or a lawyer, my parents would’ve pushed me in similar ways to show how hard I had to work to become world-class. It didn’t matter to them that my goal was to be a professional hockey player. What mattered to my parents was that I understood how much effort it was going to take to achieve my dreams — no matter what they might be.

I presently stand five-foot-four and weigh 175 pounds. And I would never have sniffed NHL ice if it weren’t for my parents. I know that for a fact.

I don’t worry too much about being smaller than everybody else because that’s not what matters. What does matter is my work ethic, and I’ll always be thankful to my parents for that.

Even before I had hit puberty, I was waking up at daybreak to go skating and get some shots in. There were also times when I only left when they were locking up the rink because I had stayed late to run through drills. I’d burn the midnight oil if that meant I’d be better than the kids I was playing against.

Being small out on the ice wasn’t always fun. I mean, my own teammates and their parents doubted me. But trying to show them why I belonged fueled my competitiveness.

Bigger kids would lock in on me from the get-go thinking that they were going to be able to get a big hit to impress their friends and teammates. But after I took a few of those shots, I figured out how to use my speed to evade them. All that skating, though, left me too winded to be able to do anything on the puck. So my dad and I devised a plan — one that stemmed from my desire to win. Instead of running away, I was — on my very first shift of the game — going to find the biggest guy on the other team and give him a run.

The way it worked was simple. I’d pick out my target before the puck dropped. (Pregame warmups weren’t all for warming up, it turns out.) I’d be fiddling with my stick and the laces on my skates while also stealing glances over at the other team’s bench. The guy whose helmet stuck up above the rest was going down.

The first time coach would call for my line I’d fly off the bench. Before I touched the puck, I would find my guy, held my stick parallel to the ground and cross-checked the crap outta him.

I usually ended up flat on my back.

As you can imagine, I endured my fair share of butt-kickings out there. Some of those guys would look at me like, What is this kid doing out here? I left a lot of those games all bruised. But I didn’t care. I’d skate away proud knowing that I wasn’t afraid to get rough. 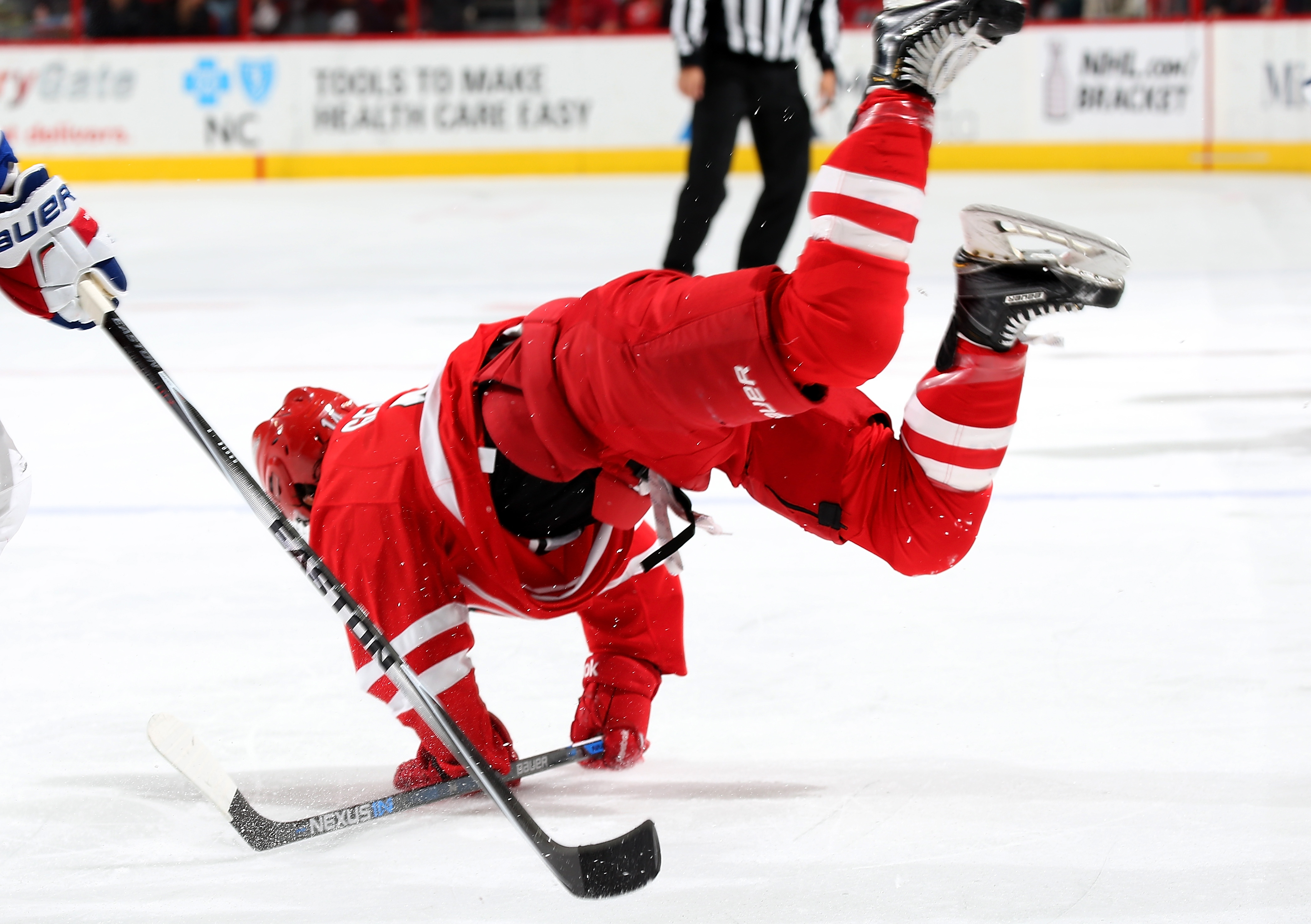 I also found that I could use my grittiness in a way that surprised some of my opponents. In fact, I found out that I was stronger than a bunch of the kids I was playing against.

Eventually, my work ethic and hard-nosed style of play began to pay off. When I was 15, I moved away from home for the first time to play for the USHL River City Lancers in Council Bluffs, Iowa. By that point, I had reached my full height, but weighed only 150 pounds. Playing against guys who were 18, 19 and 20 years old was pretty daunting. I was on the receiving end of a heck of a lot of chirps, most of which I just smiled at.

One of the funniest misunderstandings I’ve ever heard about my size was while I was playing for the Lancers. On one of my first days at Omaha High (Omaha is right across the Missouri River from Council Bluffs), I was talking to two or three classmates and told them that I was new in town because I was playing for the River City Lancers.

They kinda smiled and looked at one another.

One of them asked, “You mean the Junior Lancers, right?”

See, a lot of the teams in the USHL have a top level team and a junior team. I guess my height made them think I was under the age requirement to play for the big team.

They still thought I was trying to pull a fast one. The same guy said, “I think you mean the Junior Lancers, kid.”

By this point, we were all laughing … but for different reasons.

“No, legit. Come to our games. I promise you I’ll be out there!” 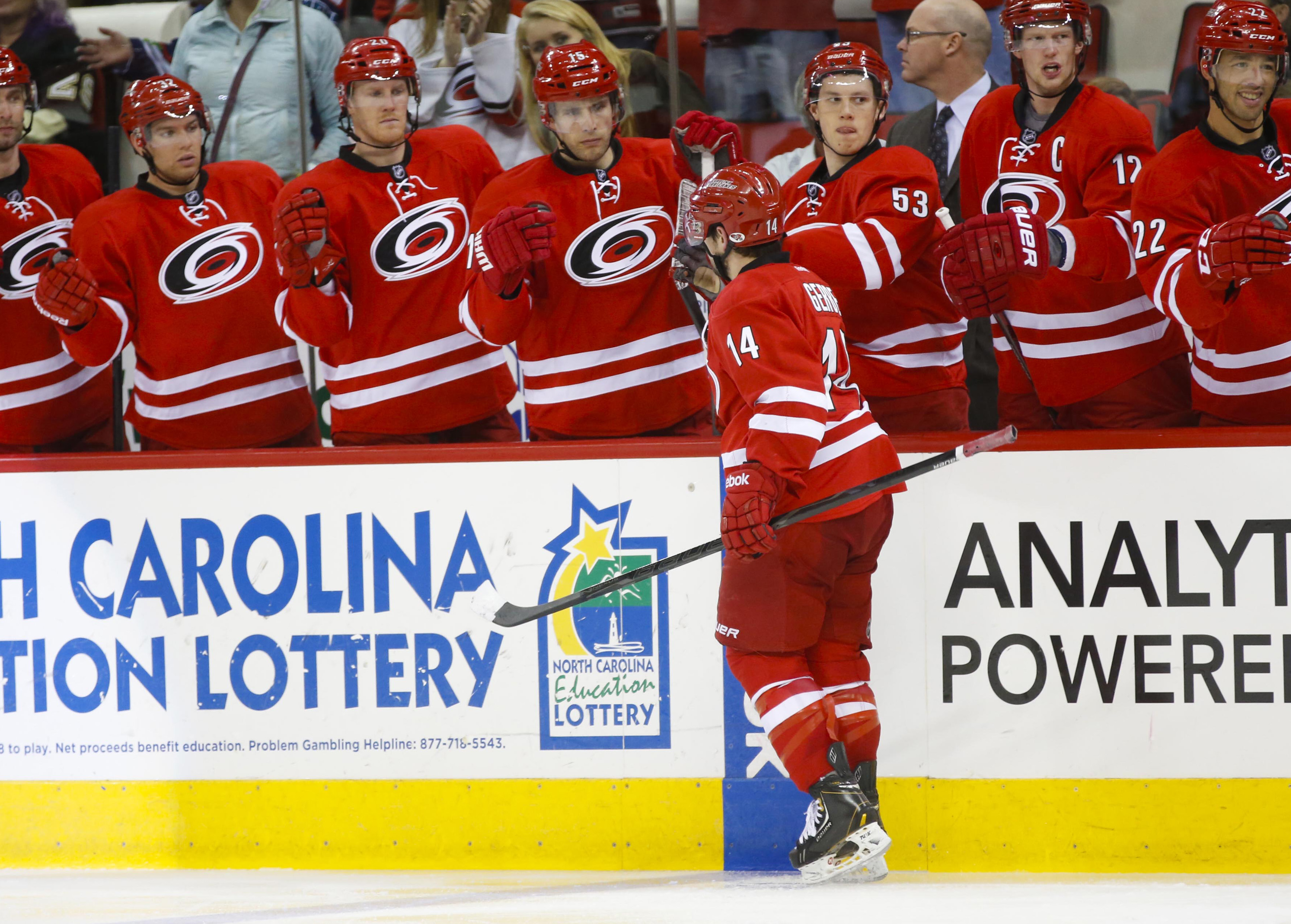 I’m sure there were a lot of people who were equally as surprised to see a player my size on the ice. But what could I do? It seemed fruitless to waste time worrying about something I had no control over. I put in work at the gym and made a concerted effort to be the strongest player I could be. No one — I mean, no one — was going to outwork me. I guess that mentality came from years of pushing our truck.

I continued to fight toward my dream. After a season in the USHL, I went to the U.S. national team for two years. I see the time I spent in those camps as critical to my journey to play D-I hockey. They were really make-or-break. It would’ve been so easy for a scout or coach to have overlooked me because of my size. I wasn’t going to allow that to happen. No way. Not after how hard I had worked.

After years of battling to improve my game, I was fortunate enough to receive a hockey scholarship to Boston College. Getting to that point had not been easy. Throughout my entire junior career, I knew that in order to make it to the next level I was going to have to play every game as if it were my last. No matter how small I was, everybody — teammates, opponents, coaches and scouts — was going to know that I was serious about becoming a professional hockey player.

I’ve set out to prove people wrong throughout my entire career. And there’s no way I would be where I am today without my competitiveness. Even after eight years in the NHL, I still hear the criticisms and insults. And I know I’m not the only one who has to deal with the doubters. So I want those kids who may be on the shorter side to know something.

In no way does your body type prohibit you from achieving your dreams. In no way should your size dictate your future.

People will doubt you. They’ll call you names. They’ll make you feel like crap. You’re going to have to learn to smile when you want to cry, and laugh when you want to fight. It won’t be easy to ignore those people. But you can show ’em that you belong with your work ethic and your discipline. Just remember: It’s not what you do to work hard — it’s that you work hard, period.

Your journey will not be easy. Let me repeat: It. Will. Not. Be. Easy. I always say that “normal-sized” people only have to prove the doubters wrong one time — shorter athletes have to do it every single day. You’re going to want to quit. You’re going to hate yourself. You’re going to doubt your love for the game — I know I did during those postgame runs in front of my dad’s car, or after waking up early to run hills. But I had drive. I had vision. And I knew I wanted it more. Heck, I’m so competitive that I can’t even lose a game of cards to my wife without it ruining my day. 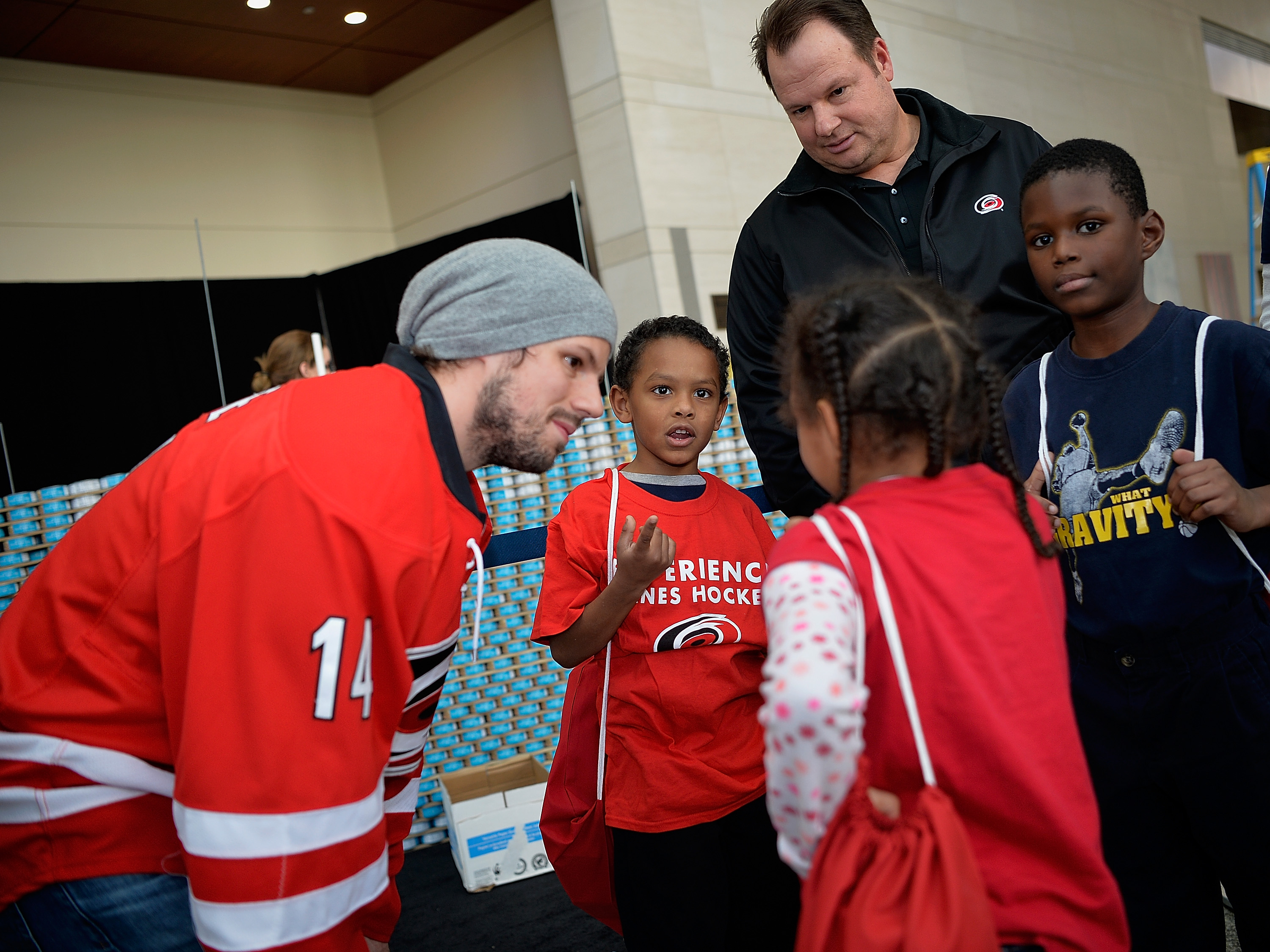 When you finally stop growing, it can be frustrating. But don’t let it be. I still have the mentality that I have to push a truck around to be successful … I’m still that kid from Oxford, Mich. Nothing’s really changed since then, especially my height and the people who doubt me because of it.

Throughout my career, I’ve had to play against some of the biggest players in the world. Going up against guys like Zdeno Chára is always a challenge. Chára is literally 17 inches taller and almost 80 pounds heavier than I am. But I love competing against him. Seriously, call me crazy, but I look forward to it every single time. Hey, if I can catch Chára looking the other way, I might be able to knock him down.

Because, why not? I’m a hockey player just like everyone else. And I think that I should probably act like one.